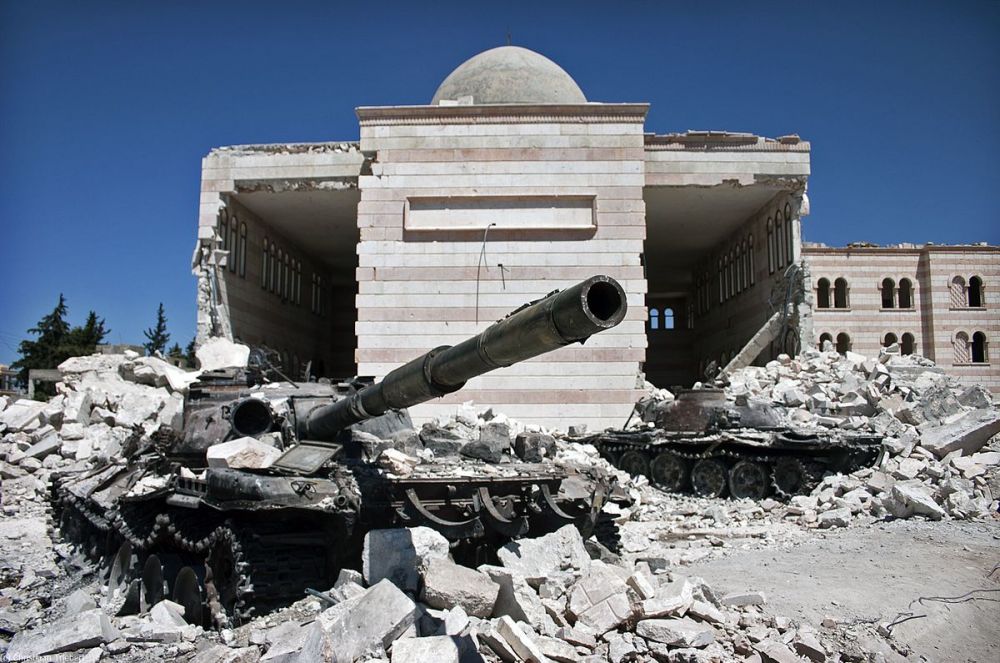 The US bombing Syrian soldiers and the Assad regime bombing an aid convoy indicate that just one week after the agreed cessation of hostilities in Syria, the uneasy ceasefire has broken down.

The first sign of the impending collapse of the deal between Russia and the US came on Saturday as US-led airstrikes hit Syrian army positions who were on an offensive against IS near the city of Deir-Ezzour. The airstrike which killed up to 90 soldiers and wounded as many, was a big blow to loyalist forces who control about half of the central Syrian city and who have been besieged by ISIS for almost two  years.

According to the Pentagon, the event was a “mistake” during a routine bombing of the area. It also claims that Russia was informed of the strike, although the Russian military denies this. The facts speak otherwise, however. The overwhelming majority of routine strikes around Deir-Ezzour have not been on any military positions but on oil shipments and other logistical movements. If the excuse of the US army is valid then it would mean that it was providing close air-support for Syrian army troops who were in combat with ISIS forces on that particular occasion. Considering the blowback the Americans would receive from their friends, allies and from within the armed forces, this hypothesis is the least likely.

More than anything, the strike was clearly a provocation, timed to deliberately sabotage the Russian-American deal and roadmap for ending the Syrian civil war. Had it not been for the air-strike, the seven day ceasefire would have automatically led to a joint operation by the two powers to attack the Islamic State as well as the newly renamed al-Qaeda linked forces of Jabhat Fatah alSham. It was clear, however, that the Pentagon was not going to allow this.

Since the signing of the deal, a deep division within the US establishment on Syria has been on public display. While John Kerry and the State Department negotiated the deal - a deal which was supported by the director of the CIA - Defence Secretary, Ash Carter and the Pentagon were visibly opposed.

The Pentagon did not even commit to carrying out the second phase of the deal. Asked about his commitment to implementing the joint command with Russia to attack Islamic State (IS) and Jabhat Fatah al Sham (JFS), Lt. Gen. Jeffrey L. Harrigian, commander of the United States Air Forces Central Command, told the New York Times: “I’m not saying yes or no, it would be premature to say that we’re going to jump right into it.”(our emphasis)

After decades of considering Russia - and the Soviet Union before it - as its main enemy, the US army chiefs are not geared to any kind of collaboration and intelligence sharing with it. Besides, the military leaders imbued by the arrogance of being the mightiest military force on the planet, cannot accept the humiliation of being placed in any way on a par with Russia.

Furthemore, they see that US imperialism stood to gain next to nothing from this deal. One week into the cessation of hostilities there was no report of the promised disentanglement of US supported groups from JFS. This yet again reveals the true nature of the US intervention in Syria, which is based mainly on Islamic fundamentalist organisations which only differ from IS in terms of tactics. Consequently, had the deal gone ahead the US would have had to enter into direct war with its own proxies and those of its allies.

While explaining the deal last week John Kerry, stressed how it was not a concession to Russia that the US would start attacking JFS. He explained how the US has always been against the organisation, which has taken control of Idlib, a major province of Syria. Yet to this day we have not witnessed a single airstrike in that area and we will not witness any in the near future either.

Throughout the week in fact, a media campaign took hold in the west aimed at explaining how “pragmatic” JFS is. By pragmatic they would like to us to believe that they are moving away from Islamism because they formally cut their ties with al-Qaeda. But the pragmatism of JFS - or Jabhat al-Nusra as it was known before July - is very different from what the bourgeois media is portraying. The renaming of al-Nusra - which was initially set up by what is now known as Islamic State - was merely a media stunt to justify more direct contact with the west. While announcing the change of name a few months ago, the leader of the group, thanked the leadership of al-Qaeda who also had a representative sitting alongside him. During the announcement he also refused to disassociate ideologically and programmatically from al-Qaeda. After the announcement, Ayman Zawahari, the leader of al-Qaeda, sent a message congratulating the group for their decision. Alongside JFS there is also Harakat Ahrar al-Sham, which is all but an official part of JFS but which the US even officially refuses to oppose.

These two groups form the core of the anti-Assad opposition set up by the US and its allies. By continuing to support these groups, the US is preparing the ground for many more disasters in the future of the Middle East. For now they view these groups as the best way of keeping Russia and Iran bogged down - an option they would rather go for than the Russian-American deal which did not offer US imperialism anything.

Whether Saturday’s airstrikes against loyalists in Deir-Ezzour were decided by the administration or whether elements within the defence establishment wanted to break up the deal may never be known, but it is clear that the US are in an extremely difficult position. Should they accept the humiliating conditions demanded by Russia and Iran, or should they continue with their hesitant campaign which weakens their own stature in the world and narrows their room for manoeuvre as each day passes in the hope that Russia’s intervention will equally be weakened?

As we have explained earlier, the Syria deal was, in effect, the realisation of the limitations of US imperialism and the rising role of Iran and Russia in the vortex of the Middle East. It was an admission by the Obama administration of the complete failure of US foreign policy in the Middle East, which has led to the barbaric mess in Syria and Iraq and which continues to destabilise the whole region.

Not only has this led to the rise of Iran, which the US has reluctantly had to accept as a de facto partner in the war against ISIS, but in trying to counterbalance this same development and to appease its Gulf allies, it has thrown its weight behind the Kurdish YPG forces, which in turn has led to a major crisis with the key NATO country, Turkey.

Now Turkey, with the blessing of Putin, has entered Syria in a move against the Kurds which the Turkish ruling class view as an existential threat. According to some reports, US forces embedded with the Kurdish troops had to stand in between the two armies in order to avoid open clashes - another revelation of the huge contradictions in US Middle East policy.

The situation is tailormade for a cynic like Russian president, Vladimir Putin. Russia has the initiative in Syria now and Putin can shift the balance of forces as he wishes. By selling out the Kurdish movement in exchange for a deal with Turkey, Iran and Russia managed to isolate the Americans who cannot afford a direct clash with Turkey as a NATO ally. This may explain the positive response to the deal by the CIA - which has been closer to Turkey and Saudi Arabia than to the Pentagon on the question of Syria. For now, however, the Kurdish card is the only one US imperialism has in its hands. Of course, they will have no qualms about trading the Kurdish movement in exchange for a greater role in the future imperialist division of Syria.

However, the Russian intervention is not without its own contradictions. Russia is experiencing a major economic crisis and the Russian population’s patience with the Syria mission may not last forever. Furthermore, the Russian army - even with the help of Assad and Iran - does not have the resources to carry out a comprehensive campaign to retake all of Syria. Its strength in Syria is partly based on military power, but even more on the limitations of US imperialism.

For Russia the main aim of intervention in Syria is to eventually reach a deal and possibly a joint mission with the US. It wants to become an equal or near-equal power in the region. Having secured the regime in vital areas, they are in no rush to take all of Syria. Along with the Bazaari gang in Iran they are interested in a power sharing deal more than anything else. Even the position of Bashar Assad is not sacred to them, although he will remain as long as there is no alternative.

Bashar Assad, however, wants to resurrect the Syrian regime as it was and take back control over most, if not all, of Syria. This explains the siege of Aleppo by Assad forces in the face of Russian opposition. It could also explain the bombing of the Red Crescent convoy which killed dozens of aid workers today. Seeing the US bombing and filled with the need to reassert themselves, Assad’s army might have seen this as an opportunity to commit Russia to keep fighting forces in Syria. Moscow has no choice but to accept.

The imperialists have unleashed forces in the Middle East they no longer control. This mirrors the general lack of control of the capitalist class over their own system, a system that is in deep crisis everywhere. They are unable to overcome the narrow interests of each ruling class in the region, just as they cannot remove the contradictory interests of Russia and America. In this context, the bloody conflict is destined to continue until one or more of the parties are exhausted, leaving behind death and destruction in the living hell that Syria has become. The impasse of Syria is a reflection of the impasse of a system that has reached a point where it has nothing left to offer to the masses of working people. Only by putting an end to the whole system that spurns such barbarism can we envisage a real solution to the problem.