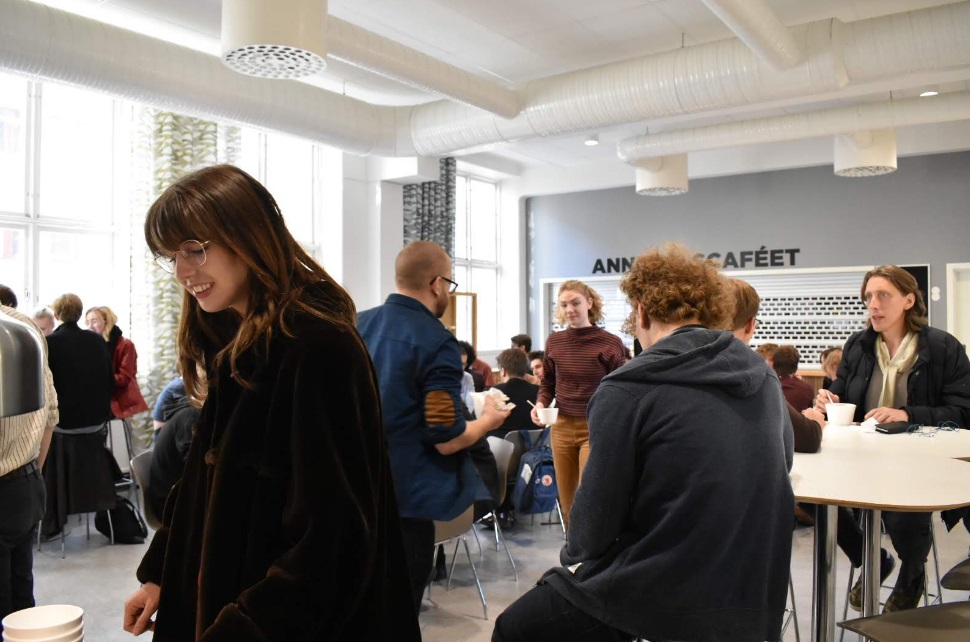 This weekend saw the annual, national school of Revolution, the Swedish section of the International Marxist Tendency, which took place in Gothenburg. Over 90 enthusiastic revolutionaries from all over the country gathered to prepare for a rise in the class struggle in the coming period, which will offer great possibilities for Marxists.

The weekend was packed with exciting sessions. Topics like “Class struggle and the emancipation of Women”, “Marxism and art” and “Imperialism” aroused great interest. This school was the biggest so far for Revolution, with participants from all over Sweden: Gothenburg, Stockholm, Malmö, Umeå, Lund, Halmstad, Helsingborg, Skövde, Jönköping, Ljungby, Trelleborg and Linköping. The mood of enthusiasm and optimism was noticeable both during the sessions and in the breaks, which were all filled with lively discussions.

The thirst for Marxist theory could be seen in the record-breaking sales on the bookstall. This shows the enthusiasm and fighting spirit of everyone who participated. Yet more proof of this was the collection on Saturday, when the comrades together contributed over 6,500 euros to the building of the International Marxist Tendency. 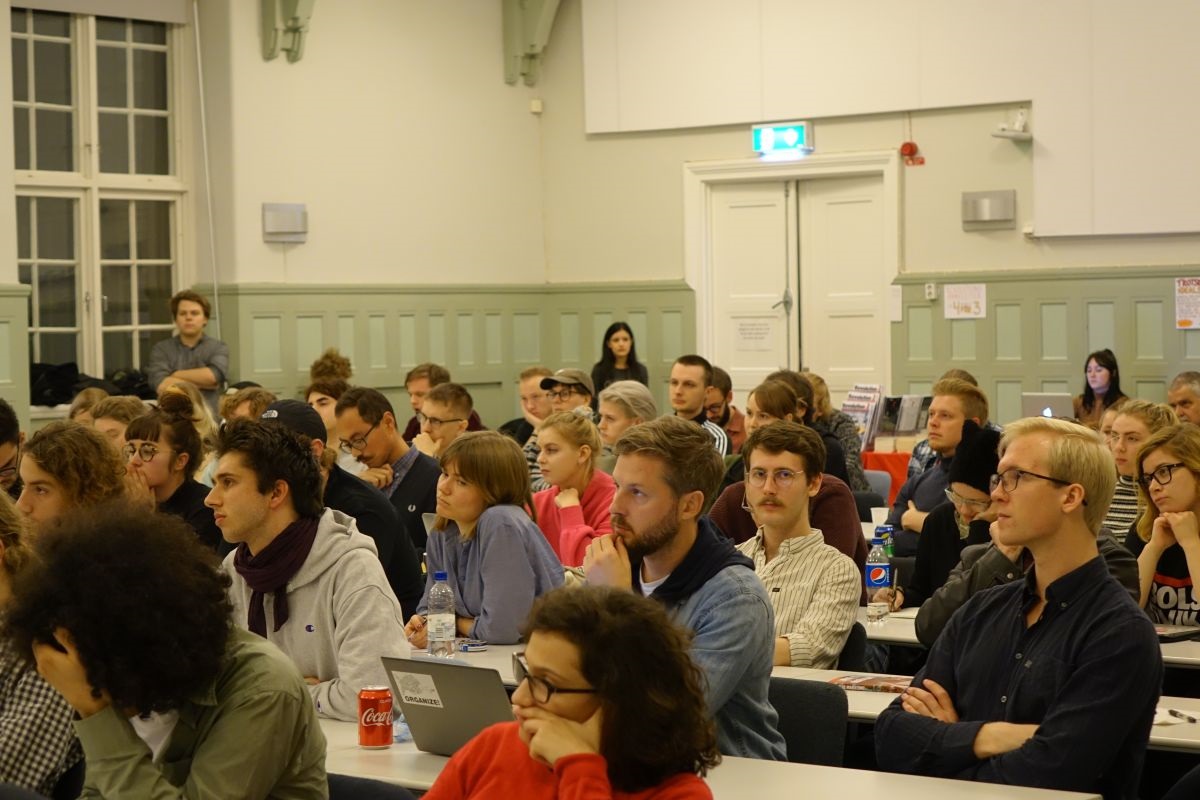 The hall was filled with knowledge-hungry revolutionaries / Image: Revolution

Rob Sewell, editor of the British Marxist paper, Socialist Appeal, has just published a new book on the German revolution: Germany 1918–1933 – Socialism or Barbarism. As part of launching the book, he was invited to a rainy Gothenburg. He explained how the working class came very close to taking power in Germany, and only failed due to the betrayals and mistakes of their own leaders. 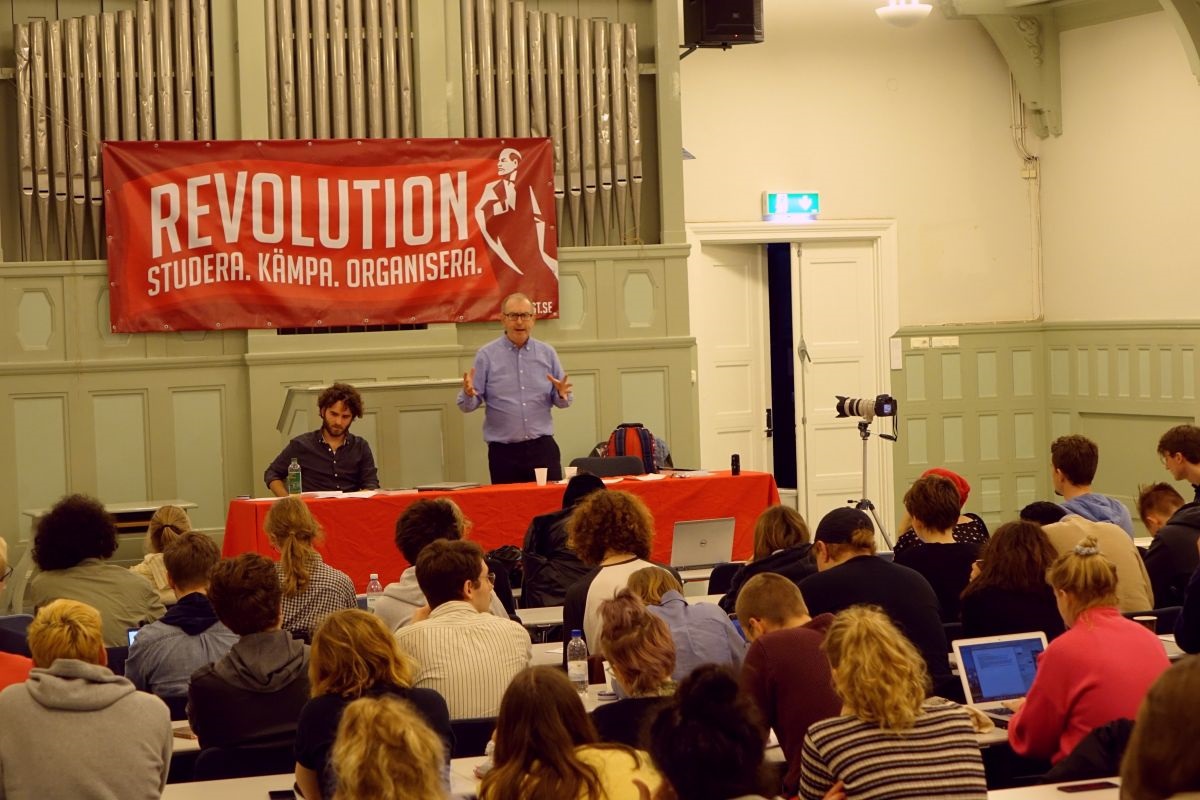 Rob Sewell explaining that “what we are discussing is not history, but how we are going to change society today” / Image: Revolution

In a rousing speech, Rob Sewell not only explained the historic events, but also showed how they are relevant today. For Marxists, the study of history does not arise out of academic interest, but is a necessary part in preparing for future struggles and revolutions. It is our duty to learn the lessons in order not to be doomed to repeat history and the mistakes of past generations. This was met by enthusiastic approval and a lively discussion.

One revolution we don’t hear much about is the Finnish revolution of 1917-1918, which also celebrates its centenary this year. For the discussion on this very important event in the Nordic working class’ history, we focused on the most important lessons. Namely: the incapability of reformism and its inherent betrayals, and the importance of having a revolutionary leadership that is prepared to go all the way to complete the revolution.

The Finnish Revolution shows us how brutal the ruling class can be when it comes to defending capitalism, but also how the working class is prepared to make great sacrifices to change society during a revolution. The struggle of the Finnish working class is a legacy that Marxists today must learn from.

On Sunday, one of the sessions was on imperialism, where Niklas Albin Svensson explained how the early, “competition capitalism” has been replaced with monopoly capitalism, in which the world economy is dominated by a few hundred multinational companies. The competition between companies has been replaced with competition between countries, and the majority of humanity is being held in poverty and misery by a shrinking and ever-richer, imperialist bourgeoisie.

Victor Madsen gave a leadoff on the life and ideas of Karl Marx, which are more relevant now than ever. He explained how Marx and Engels developed socialism from a utopian idea to a science. As Victor explained: “The only utopia is the faith in the capitalist system”. 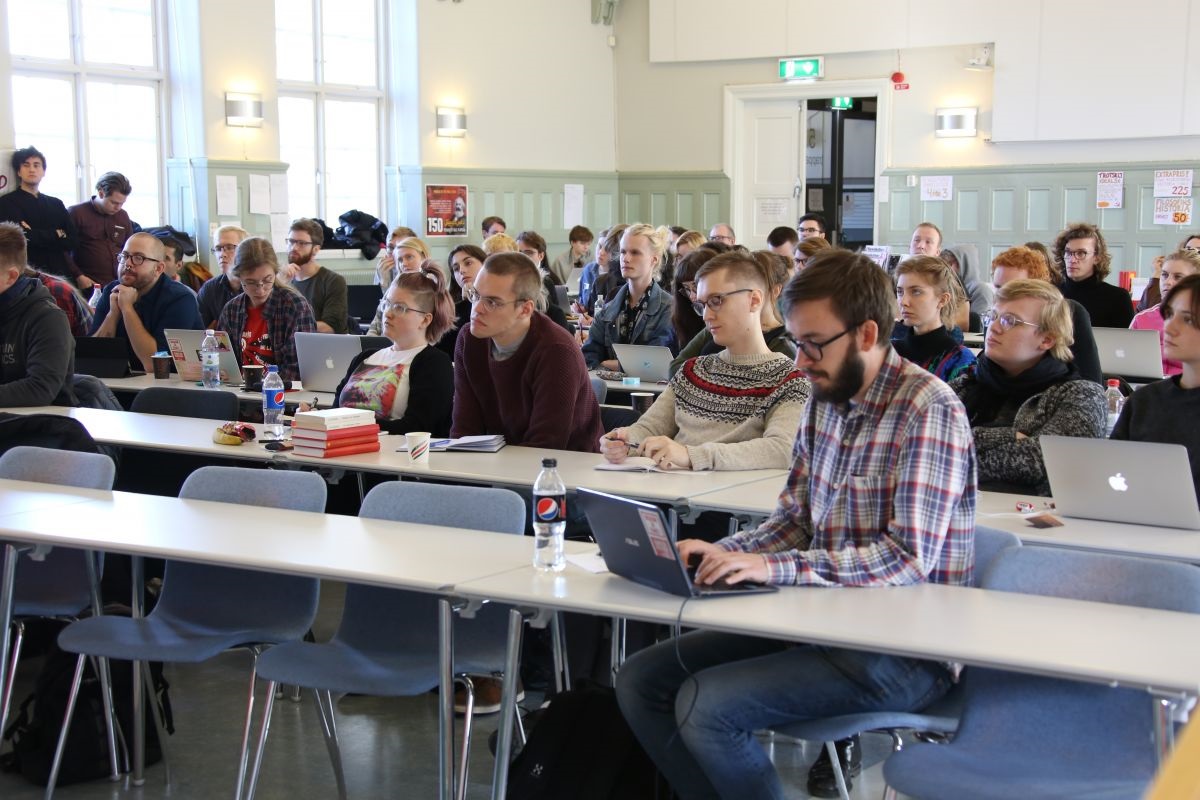 “There has never been a better time to be a Marxist”

Stefan Kangas summarised the weekend in a rousing speech, emphasising the need to organise for a socialist revolution. Since the crash of 2008, we have seen attacks on the working class all over the world. It is the system of the ruling class that has caused the crisis, but it is the working class that is forced to pay for it with austerity and falling living standards.

Today, 10 years after the beginning of the financial crisis, nothing has gotten better. On the contrary, a new and even deeper crisis, that will shake the world economically, politically and socially, is on our doorstep. This situation has created a new generation of revolutionary youth, not least in countries like the USA, where 58 percent of so-called millennials prefer socialism over capitalism.

The Russian Revolution of 1917 proves that the working class can take power and run society, provided there is a revolutionary leadership that has embraced the important historical lessons and the methods and ideas of Marxism. The Russian workers had the Bolshevik Party and could only succeed because of this.

Both the Finnish and the German revolutions, by contrast, were crushed due to betrayals and errors. But what all revolutions have in common is the spirit of self-sacrifice expressed by the masses. When the workers move to change society, nothing can stop them.

The working class has never been larger or stronger. Capitalism has never had a deeper crisis. Capitalism means horror without end – war, environmental destruction, exploitation, oppression, misery and suffering, and only the socialist revolution can offer a solution and liberate humanity. 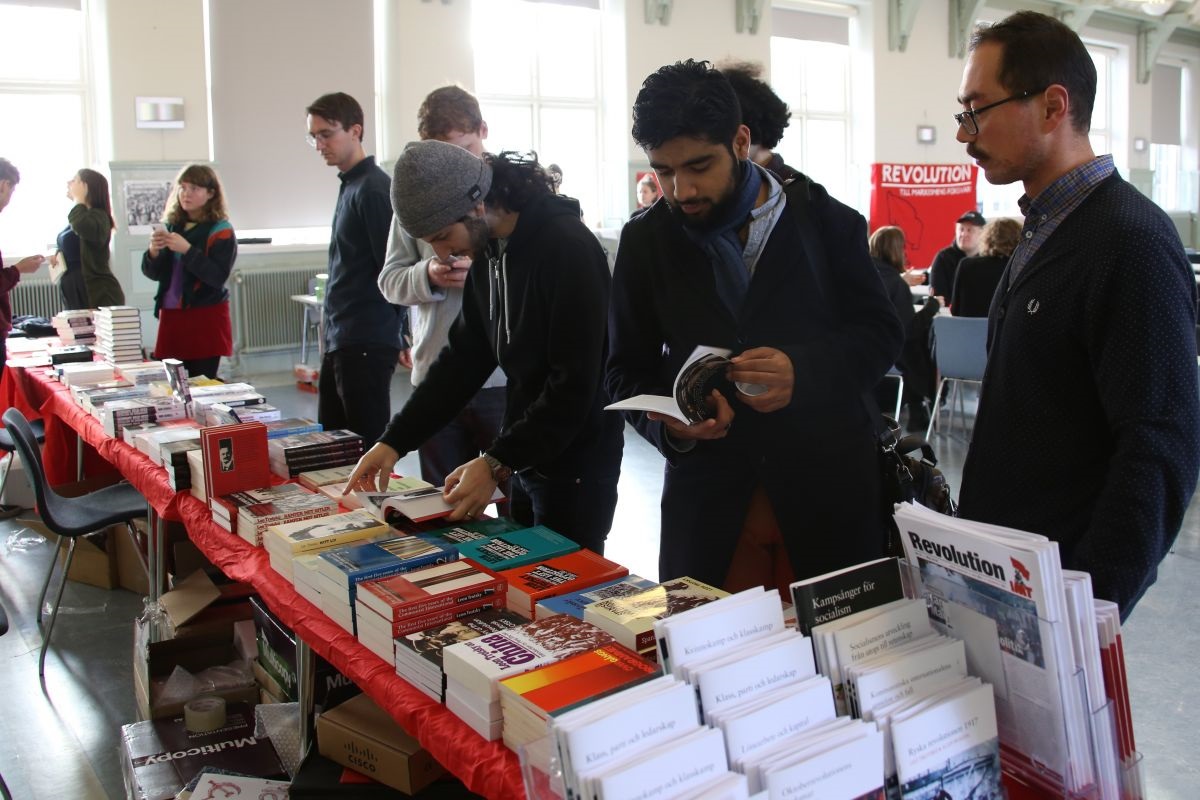 The bookstall sold more than ever / Image: Revolution

Milestone for the Swedish Marxists

The IMT is a small but fast-growing tendency within the international working class’ movement. There has never been a better time to be a Marxist. Several attendants of the school have already decided to join us in the struggle for socialism.

The whole weekend was filled with revolutionary optimism. It was a milestone in the building of the Marxist tendency in Sweden and shows how Revolution and the IMT are growing and evolving. More and more people are joining, which reveals a thirst for our explanations.

It is impossible to achieve great things alone, but when we organise, our efforts are combined and directed. The challenge now is to use everything we have learned during the weekend’s discussions to build the revolutionary forces of Marxism both in Sweden and internationally.