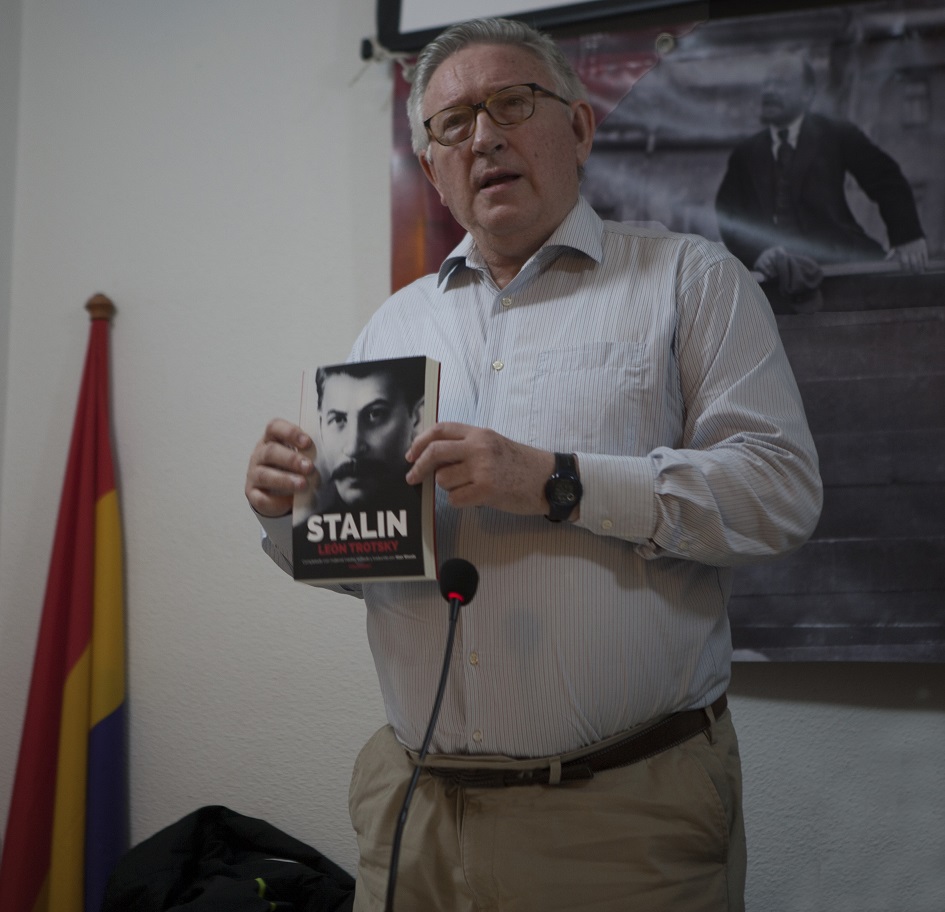 On Monday, 27 November, the first meeting to launch the new edition of Trotsky's masterpiece, Stalin, took place in Madrid. The event was held at the headquarters of the Friends of Unesco Club of Madrid (CAUM) in the historic Atocha street of the capital. The room was filled with about 70 people.

Arregui stressed the need to rearm the Spanish left with Marxism. He stressed the need to settle accounts with the experience of Stalinism, and insisted that in order to overcome the prevailing confusion over how to face the current crisis of capitalism, we must be clear about what model of socialism we aspire to. For that, it is vital to know Trotsky's analysis of the degeneration of the Russian Revolution under Stalin. 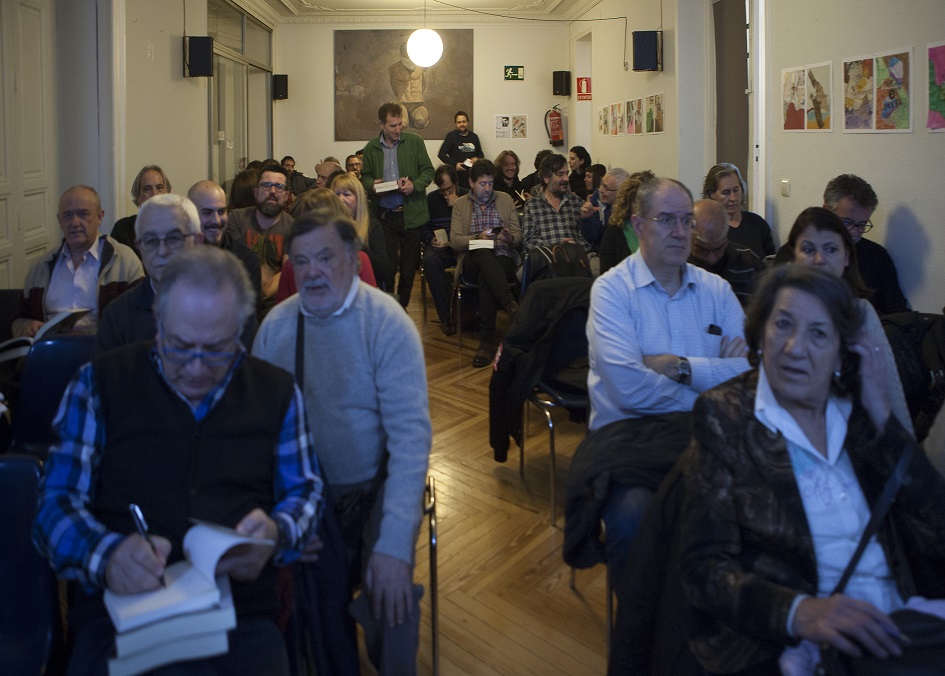 Crowd at Madrid launch of Stalin / Image: own work 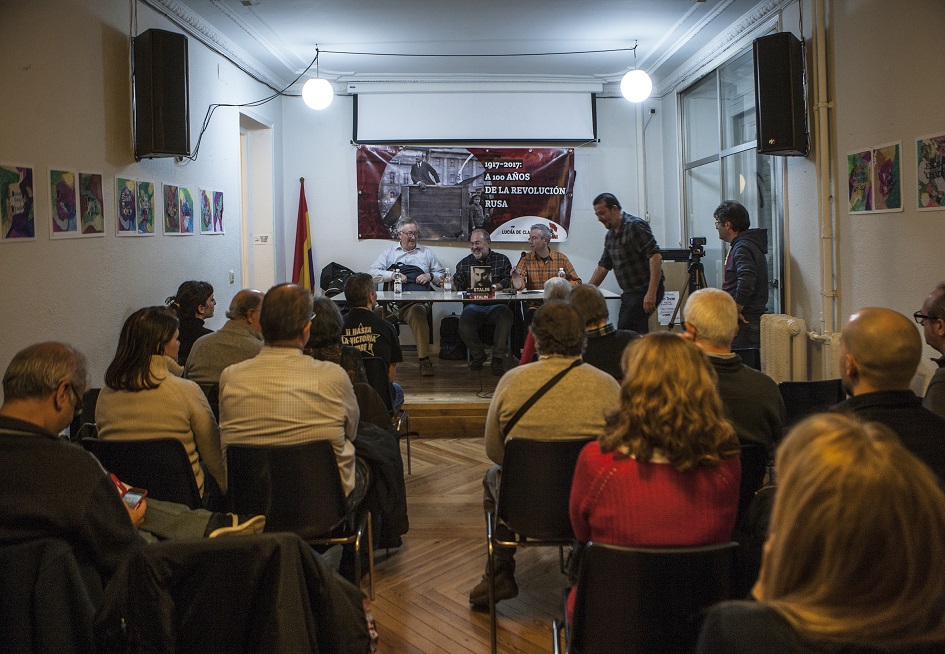 Panel and crowd for Madrid launch of Stalin / Image: own work

The talk was followed with great interest by all attendees, and proof of this was that the dozens of copies of Stalin that were brought to the presentation were sold out.

At midday on Tuesday, 28 November, a commemoration of the centenary the Russian Revolution of 1917 was held at the Faculty of Geography and History of the Complutense University of Madrid. The meeting also served to launch the book "Stalin", the great unfinished work of Leon Trotsky, published by Lucha de Clases, updated and augmented by 40 percent with unpublished material of great theoretical and political value. 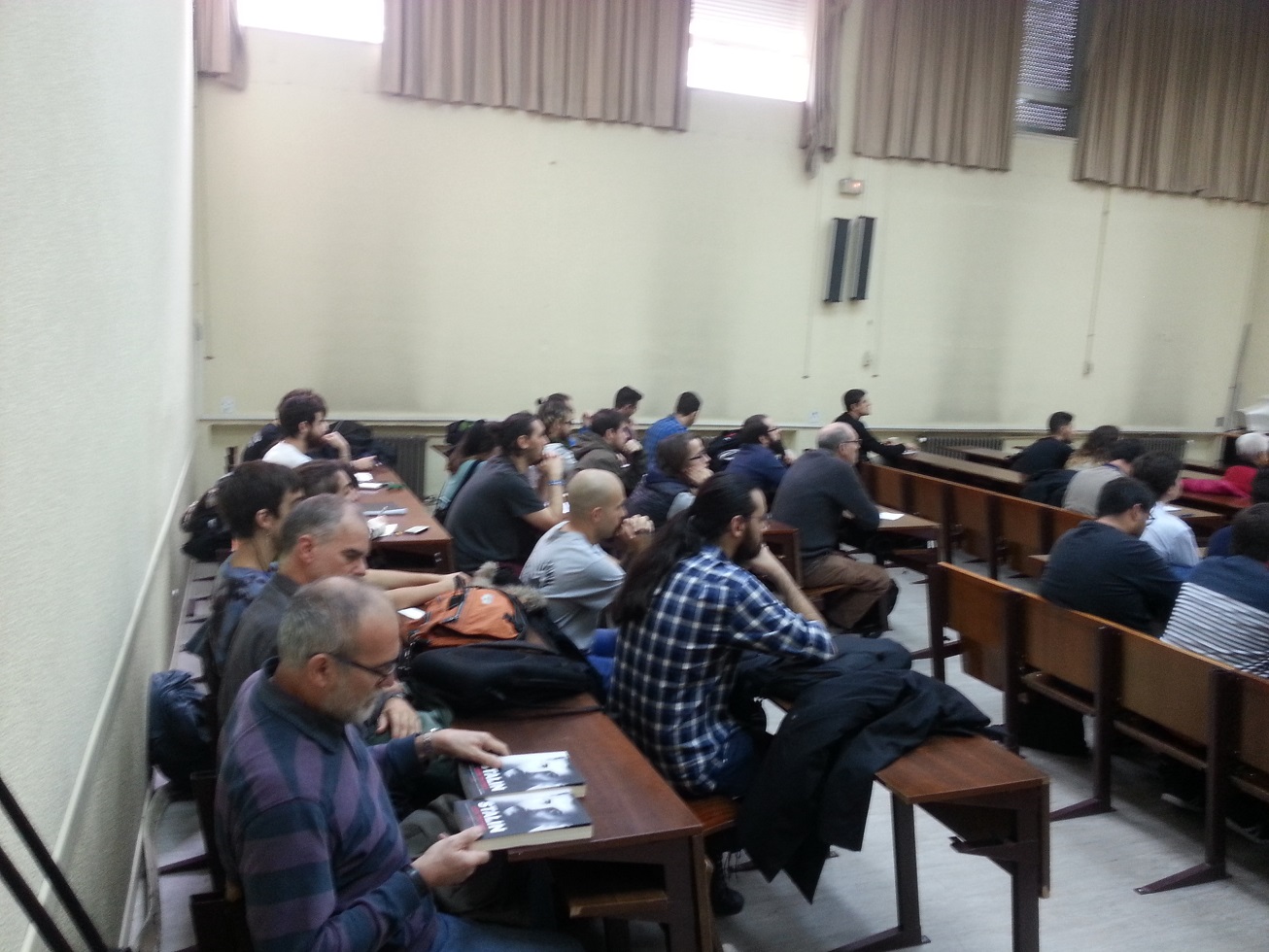 Crowd in the university / Image: own work

There was a good attendance of about 60 people. There was a mixture of students and people coming from outside the faculty, attracted by advertisements on social media and public spaces. Some veteran comrades attended both talks we have organized in Madrid: on Monday at the CAUM and Tuesday at the university!

The meeting had been organised by the University Marxist Circle of the Complutense (CMU) and the Lucha de Clases tendency. The event was introduced and chaired by Clara, a student of the faculty and coordinator of the CMU. The speakers were Alan Woods, leader of the International Marxist Tendency and editor of the book; and philosophy professor Carlos Fernández Liria. 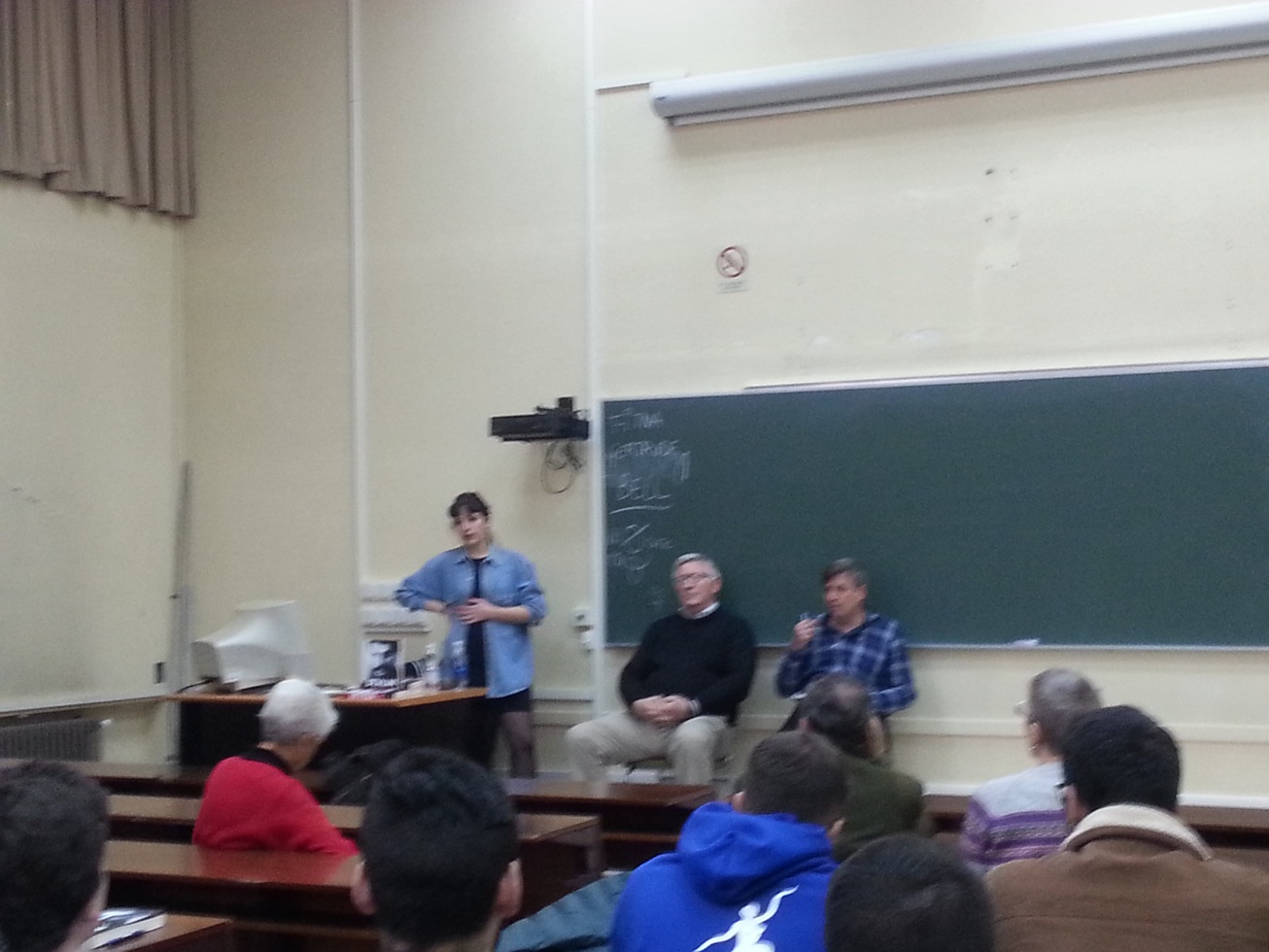 A panel discusses the launch of 'Stalin' / Image: own work

Liria spoke about the diverse revolutionary experiences that occurred in the 20th century, from the Russian Revolution of 1917 to the election and deposing of Allende in Chile in 1970-1973. He insisted that each time a country chose the path of revolutionary change, whether through parliamentary channels or through insurrectionary routes, it faced opposition and the fierce blockade of imperialism. He also explained the consequences that imperialist harassment exerts on revolutions: with the adoption of defensive measures to resist the great powers and the authoritarianism this can lead to in the long term ‒ an expression of a revolution’s isolation.

Alan Woods intervened, highlighting the significance of the Russian Revolution and the achievements of the nationalized and planned economy, which turned the most backward country in Europe and the world into an economic, scientific, political and military superpower ‒ without any type of foreign aid. Woods pointed out that the Russian Revolution was internationalist from its inception, being completely alienated from the narrow, petty and anti-Marxist nationalist conception of "socialism in one country". 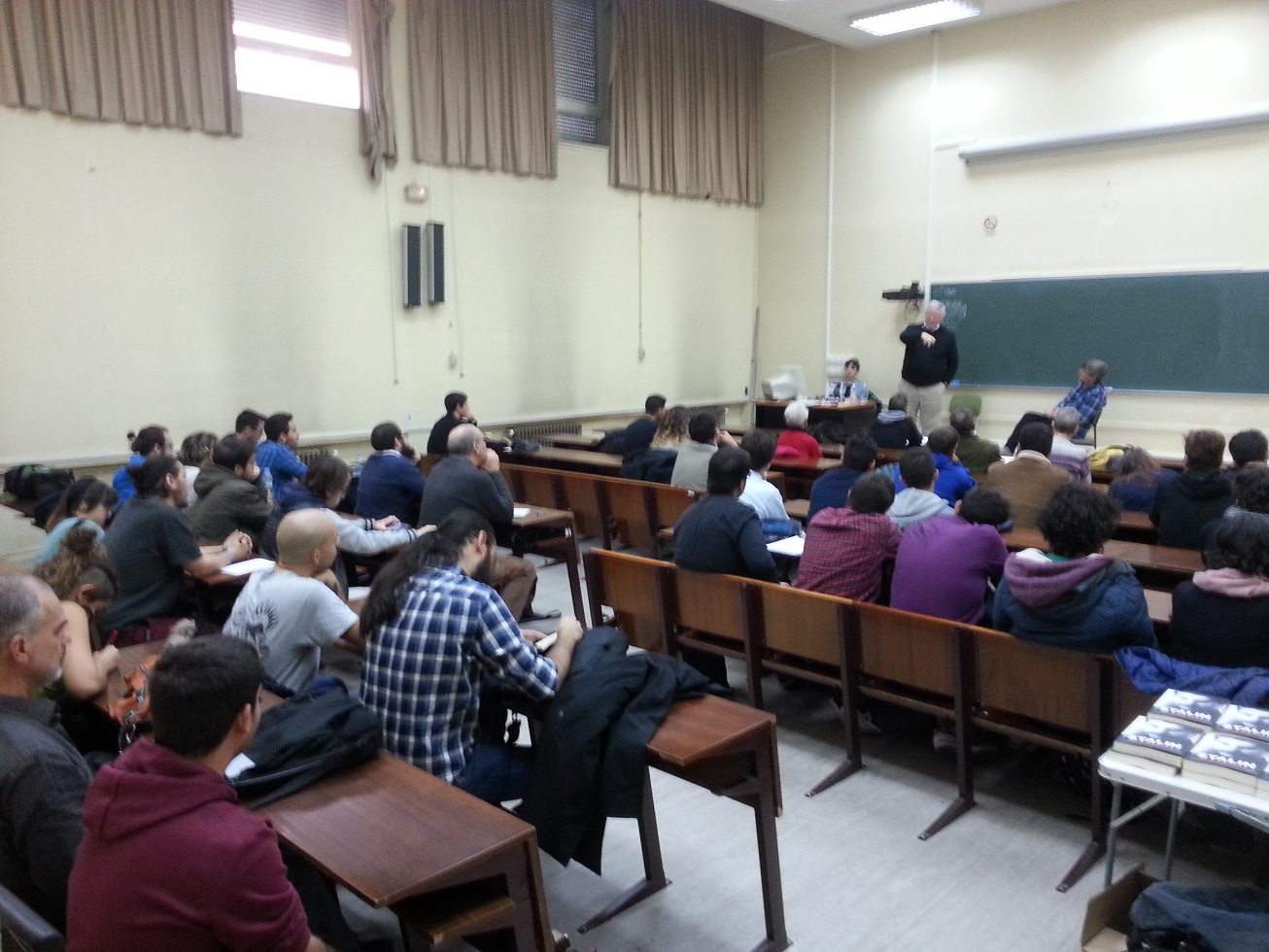 Alan Woods speaking at the Faculty of Geography and History of the Complutense / Image: own work

It was precisely the isolation of the revolution, after the failure of the revolutionary wave in Europe ‒ combined with the devastation of the country by two successive wars ‒ that provoked a social and political involution and the development of a bureaucratic caste that wanted to "restore order" in the chaos, Stalin being the most qualified representative of that caste because of his pedigree as an "old Bolshevik."

Alan rejected the argument that Bolshevism and Stalinism were the same thing, wondering how that was possible when Stalin massacred the Bolshevik leadership that made the revolution, alongside hundreds of thousands of communists opposed to his totalitarian drift.

Alan explained that the book Stalin provides an innumerable source of data, references and analysis that allows us to understand how Stalin could emerge as the undisputed head of the bureaucracy, and the way in which his particular personality impregnated the character of his totalitarian regime: recommending all those present read and study this book.

Some 20 students were interested in participating and attending the meetings of the CMU and a dozen Stalin books were sold. 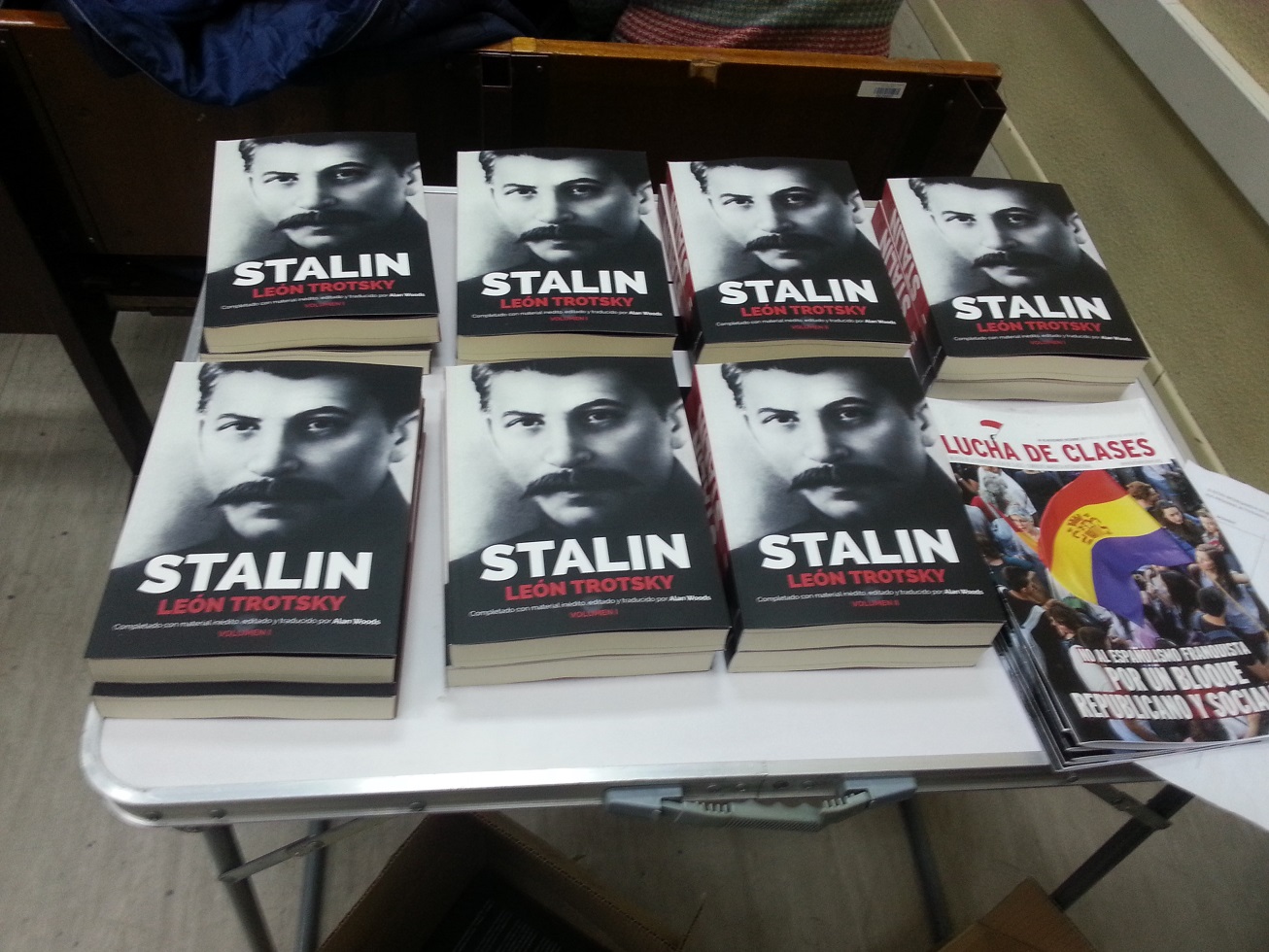 Spanish language version of Stalin / Image: own work
Together, these two events have been a great success in Madrid. There has been much interest in the book among a significant layer of activists, workers and young people, which reveals the search for a revolutionary point of reference to transform society. In a modest way, it has helped to restore the historical truth about the Russian Revolution of 1917 in its centenary: defending its democratic and popular character, and doing justice to the central role of Leon Trotsky, together with Lenin.

It has also contributed, in front of dozens of people, to the demolition of the bourgeois myth of associating the Russian Revolution ‒ and the regime of workers' democracy established in its early years (in difficult conditions of isolation, poverty and siege) ‒ with the brutal, totalitarian and bloodthirsty regime established by the Stalinist bureaucracy. This regime ended up returning capitalism to Russia, and looted the property of the people. Almost 80 years after it was written, Trotsky's Stalin ‒ now revived and updated in our edition ‒ is as relevant and inspiring as never before.