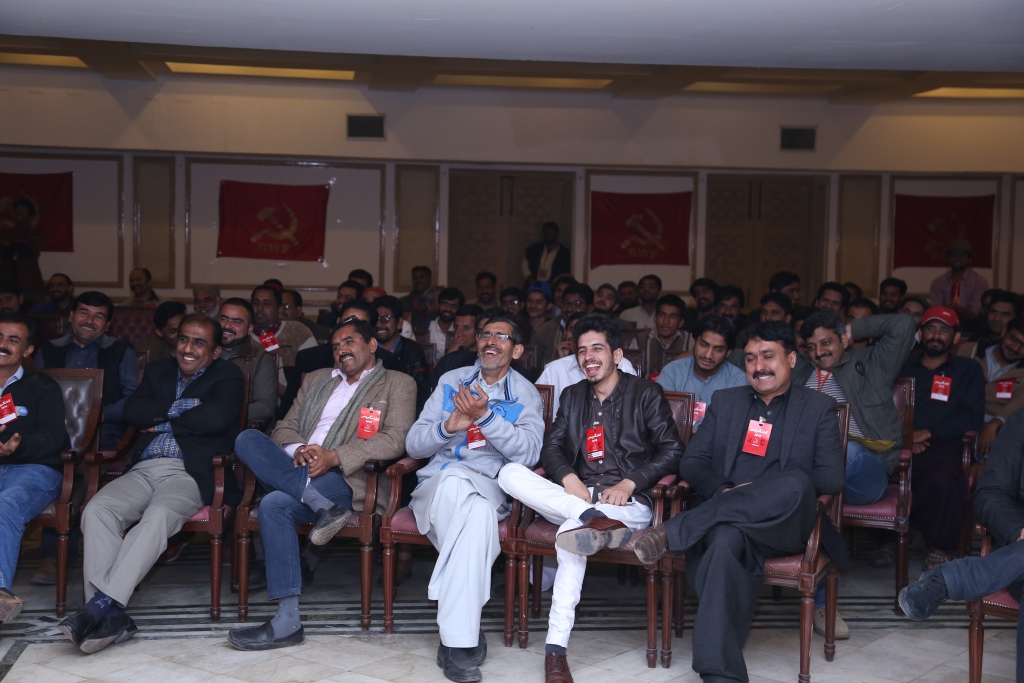 The 2nd Congress of Lal Salaam, the Pakistan section of the International Marxist Tendency, commenced its session on Saturday the 20th of January at the Aiwan-E-Iqbal Center in Lahore.

For months the branches of the section had been making preparations for this important event, for which the Central Secretariat had produced three documents: World Perspectives, Pakistan Perspectives, and Organisation, all of which had appeared in handsomely designed printed form.

Click here for the report from day two of the congress. 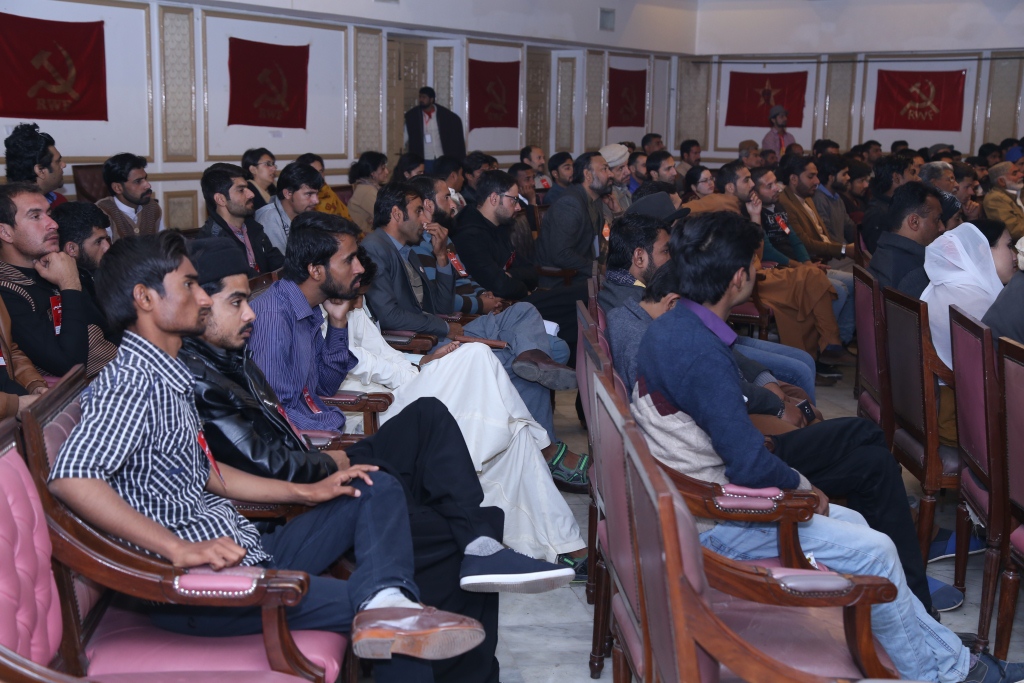 People travelled far and wide to attend / Image: own work 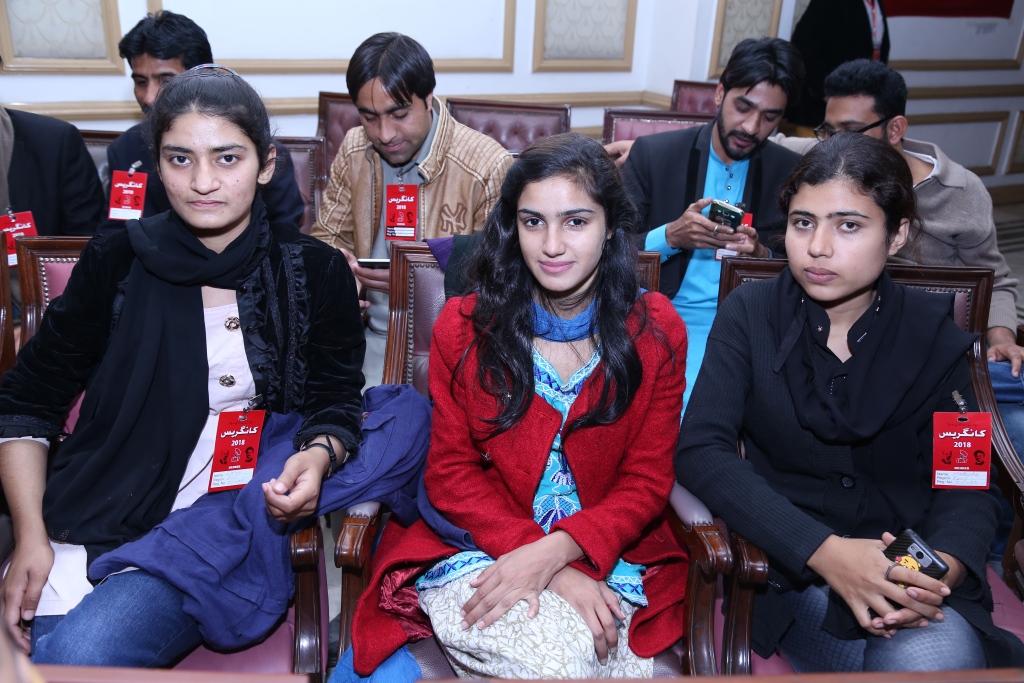 The overwhelming majority of the participants in the congress were young, reflecting the composition of the Pakistan section today. There were students from colleges and universities all over Pakistan and workers from various industries including the railways, Karachi Steel, Pakistan Post, WAPDA electricity workers, doctors and paramedics from hospitals, primary school teachers, and lawyers. The total attendance was about 260, of which there were about 34 female comrades. There were international visitors from the International Secretariat, from the British and Swedish sections of the IMT, and comrades from Nepal. 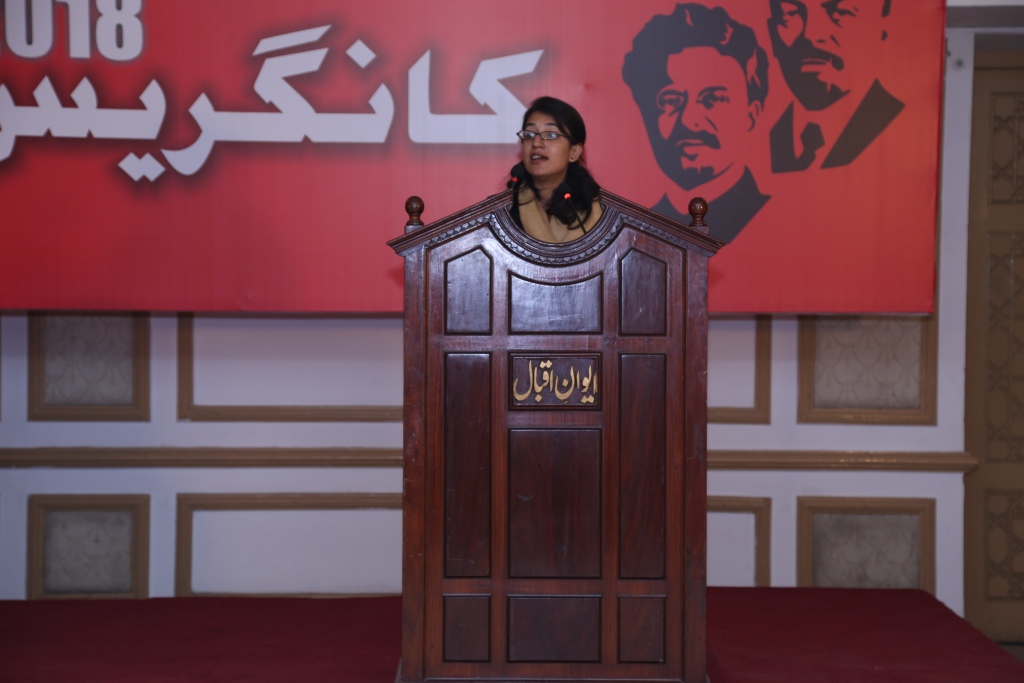 The first session opened in an atmosphere of great enthusiasm and expectation and was introduced by comrade Alan Woods of the International Secretariat. For one hour he traced the development of the world situation following the crisis of 2008, which, he pointed out, has not been resolved. 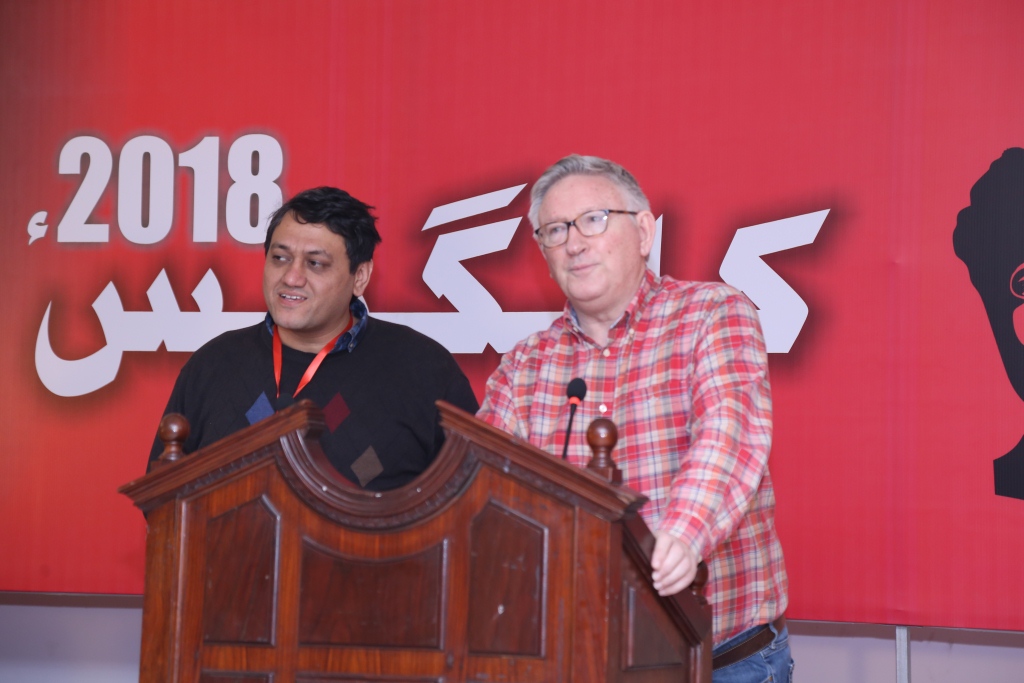 Comrade Alan explained how the economic crisis was producing unprecedented social and political instability everywhere, especially in the US and Europe. It has also expressed itself in convulsions in world relations, wars and terrorism. He pointed to the catastrophe in the Middle East, the devastation of Syria and Iraq and the looming crisis in the USA as manifestations of the same phenomenon. 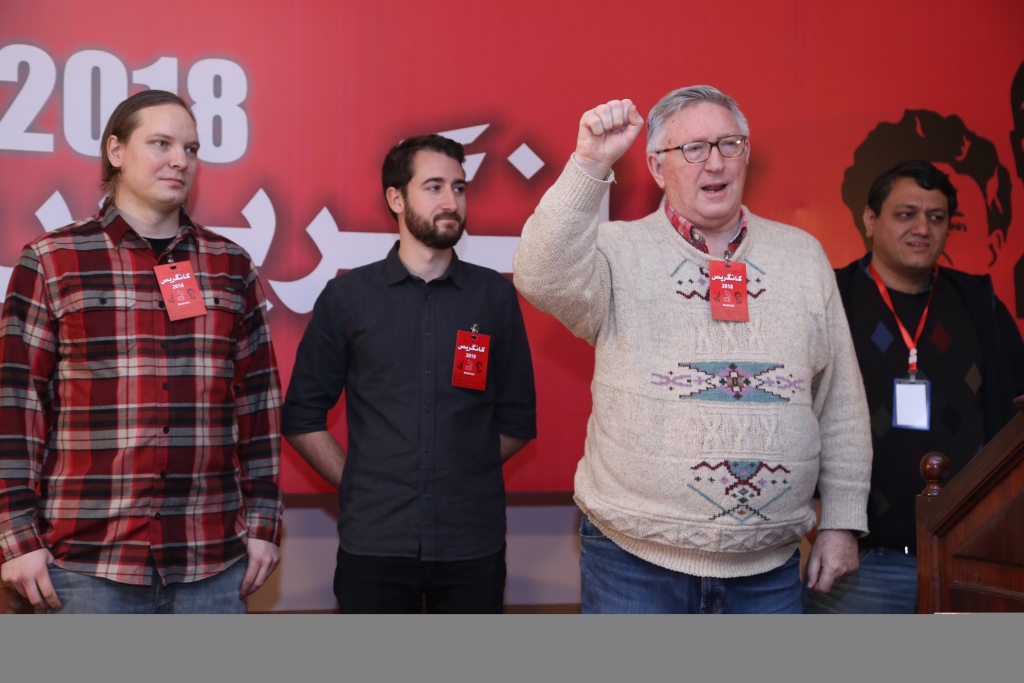 Despite the claims of growth in China (the figures for which are disputed), he pointed out that China’s debts had grown from $3 trillion to $27 trillion in the space of 10 years and this colossal level of indebtedness presents a serious threat to China and the whole world economy.

Alan also pointed to a sharp deterioration in the relations between the US and Pakistan, leading to the recent suspension of aid. The Americans are furious with Pakistan because it does not do their bidding and is now gravitating towards China. 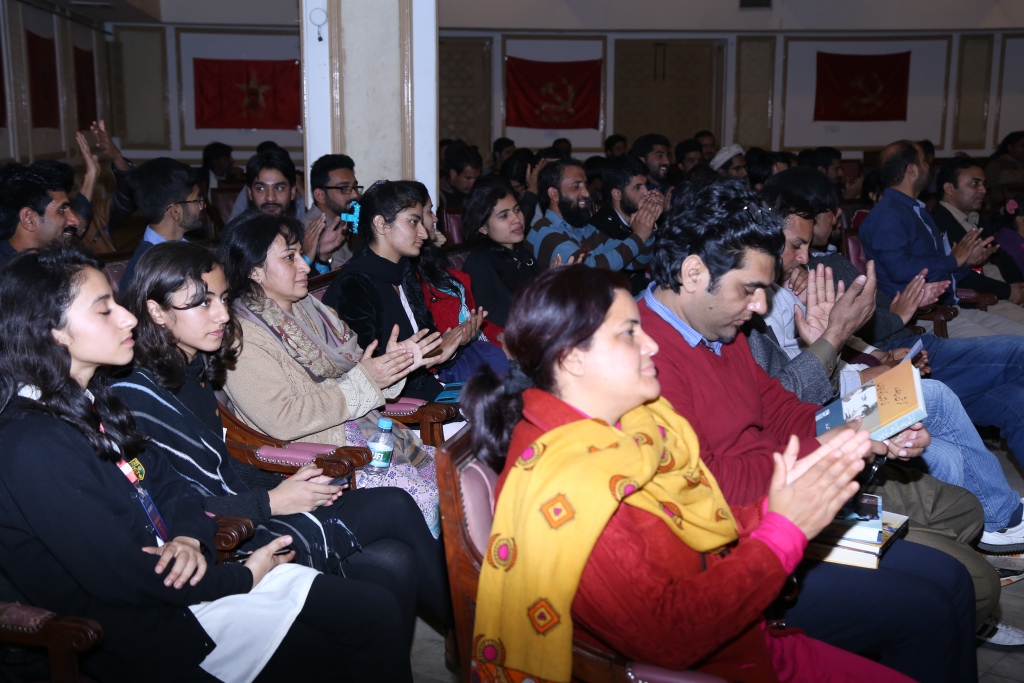 Day one was very successful - forward to day two! / Image: own work 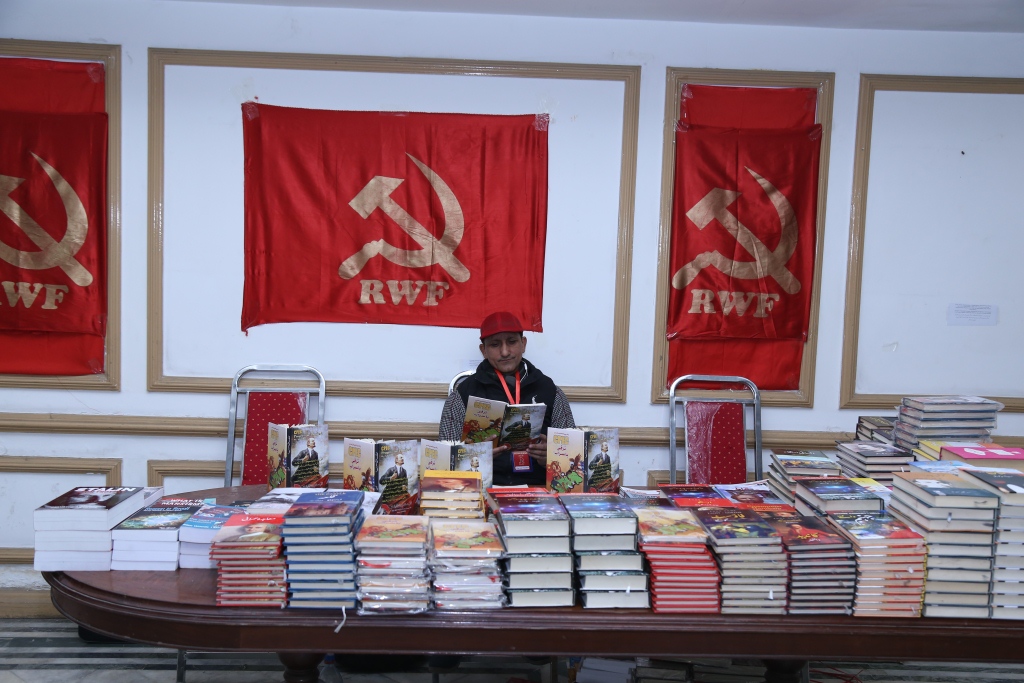 This speech was received with enormous enthusiasm by the congress, and chants of “Inqalab Zindabad” (Long Live Revolution). There followed a brief session of questions and discussions in which many delegates handed in questions, which Alan dealt with in his final sum-up. 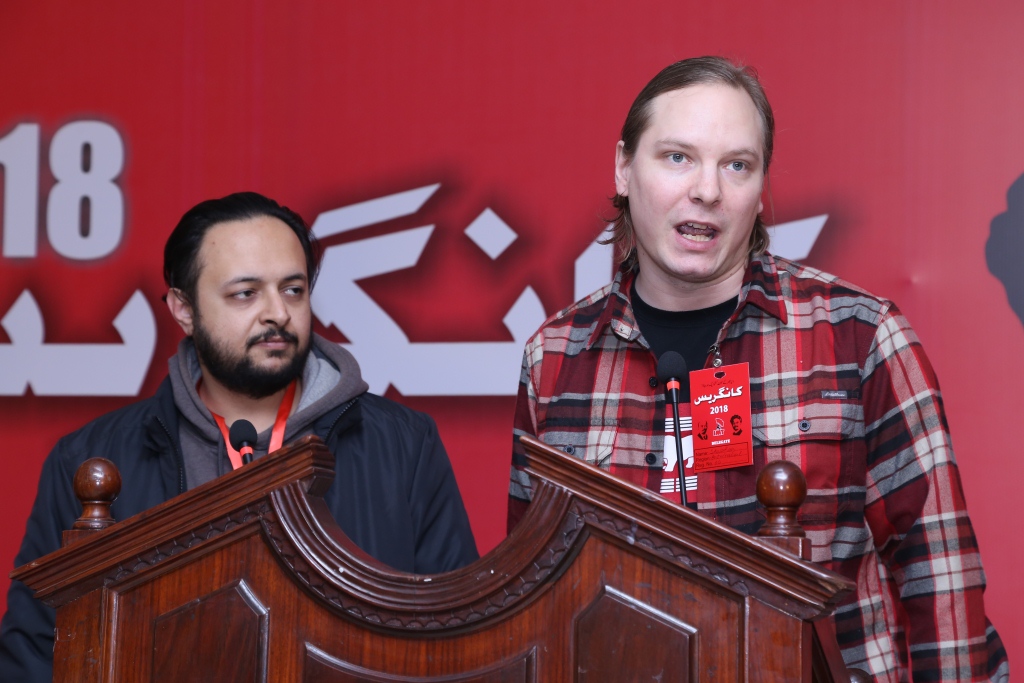 Among the speakers was Stefan Kangas from the Swedish section, who intervened on the struggle in Catalonia, which has taken on revolutionary features in the recent period. Josh Holroyd from the British section then dealt with the political earthquakes which have shaken Britain, from Brexit to the Corbyn phenomenon. Comrade Sangharsh from Nepal traced the history of the class struggle in Nepal leading up to the crushing electoral victory of the Communist parties in the recent election. However, he pointed out that the leader of the main Communist party, after being elected, said publicly: “I am not a Communist.” 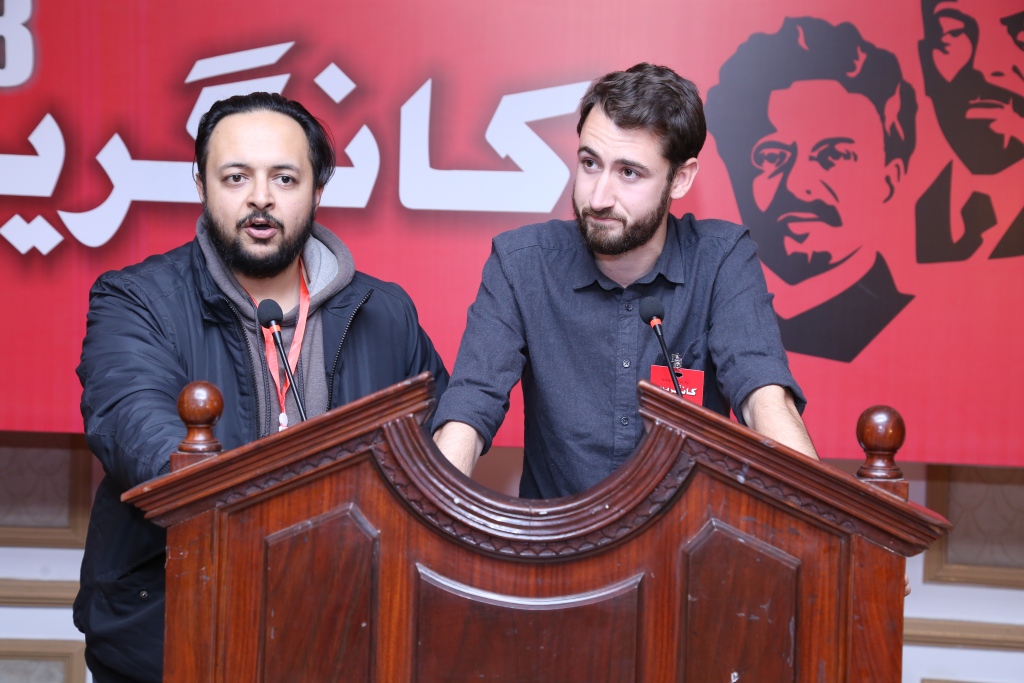 After lunch there followed a session on Pakistan Perspectives which was introduced by Paras Jan from Karachi. In a passionate speech, Paras Jan dealt with the general crisis of Pakistani society, politics and the state. He referred to the recent incident that happened in Kasur, in which a 7 year old girl was raped and killed. Thousands of people came out onto the streets and attacked the district admin offices. The police opened fire on the protestors, killing two demonstrators and wounding many others.

Paras’ speech was followed by questions and discussions with interventions from comrades from Karachi, Balochistan, Kashmir, Faisalabad, Khyber Pakhtunkhwa and Lahore. Among the topics discussed were the national question, the student movement, international relations, the China-Pakistan Economic Corridor, religious extremism, terrorism and much more. All speakers were unanimous in their call for the building of a revolutionary Marxist international. 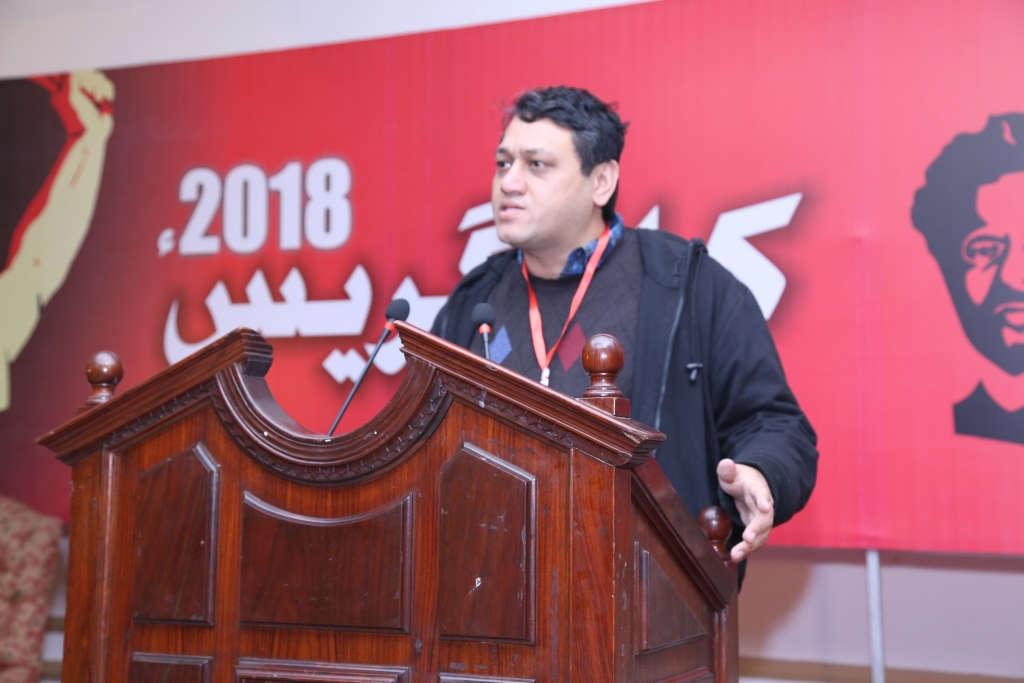 Comrade Adam Pal from the editorial board of Lal Salaam / Image: own work

Paras summed up the discussion in rousing fashion, answering and developing many of the points made and also pointing to the huge task now weighing on the shoulders of the Pakistan comrades: to build a revolutionary Marxist tendency able to intervene in the earth moving events that we will see in Pakistan in the coming period. The day was concluded with commissions reporting on and planning for the section’s important work in the trade unions, youth and women.

On Sunday morning the congress will continue with discussions on the China-Pakistan Economic Corridor, and the building of the organisation. 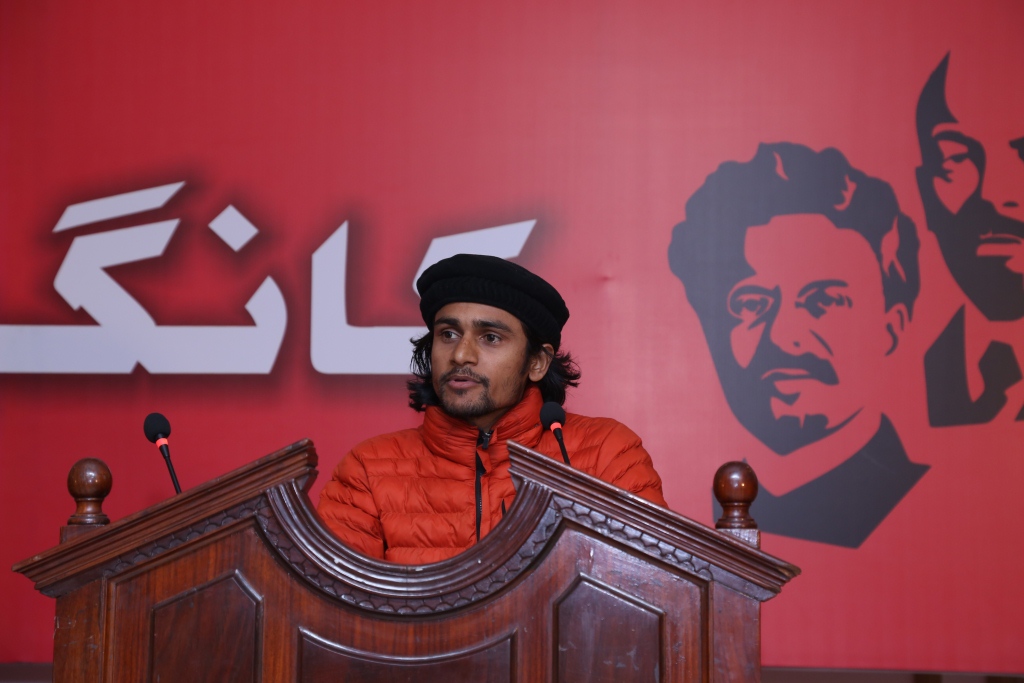