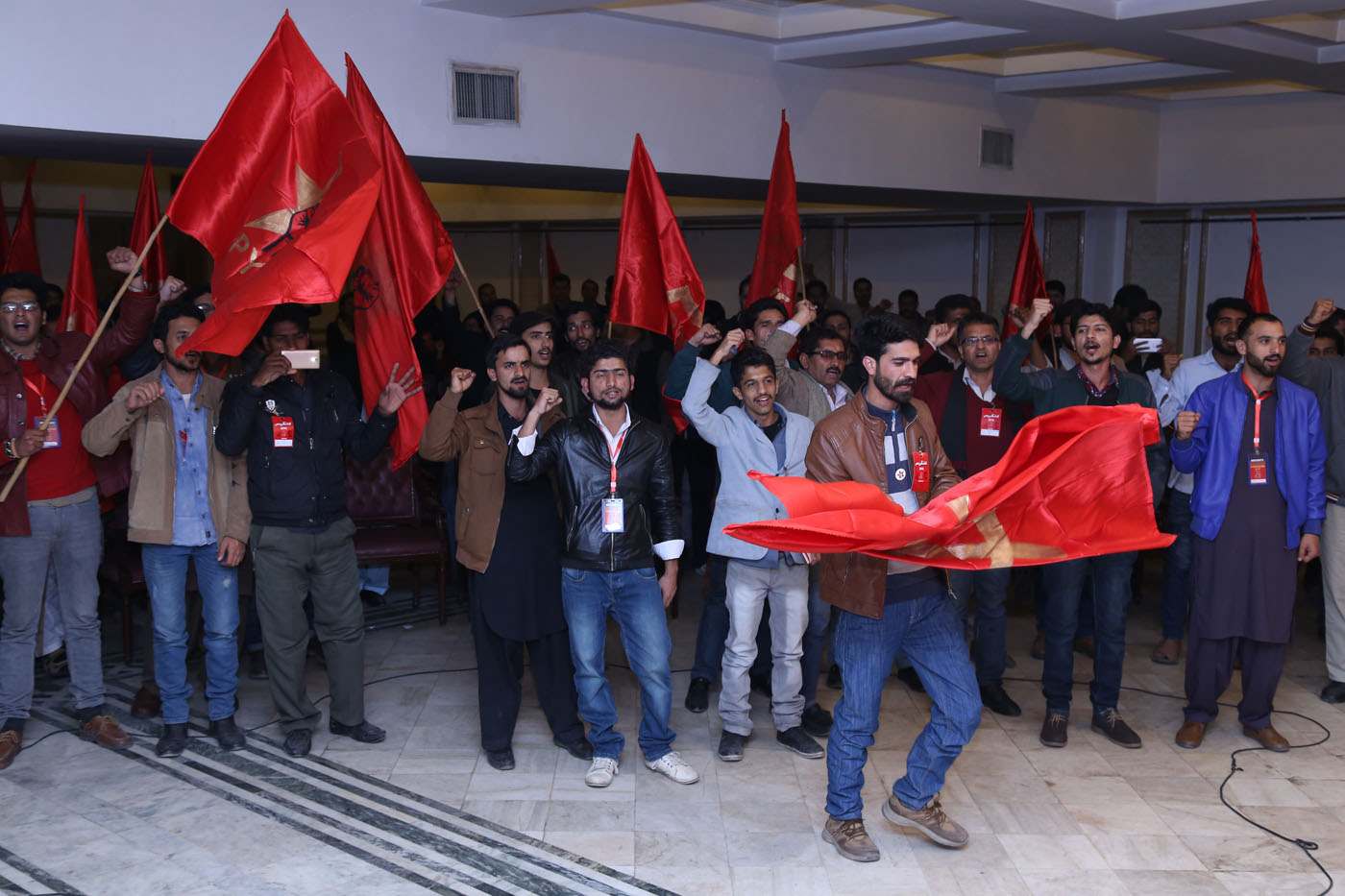 Comrade Adam Pal opened the morning session of the second day of the congress with a highly informative and engaging lead-off on the China-Pakistan Economic Corridor (CPEC). Adam explained that, contrary to the promises of milk and honey from the Pakistani ruling class, CPEC in reality means increased misery and exploitation for the masses.

This project of Chinese imperialism has led to a veritable frenzy of corrupt scheming on the part of the degenerate Pakistani ruling class. Taking loans from China at extortionate interest, whilst fattening themselves on the backs of the workers, they are nothing but the facilitating agents of imperialist loot and plunder. 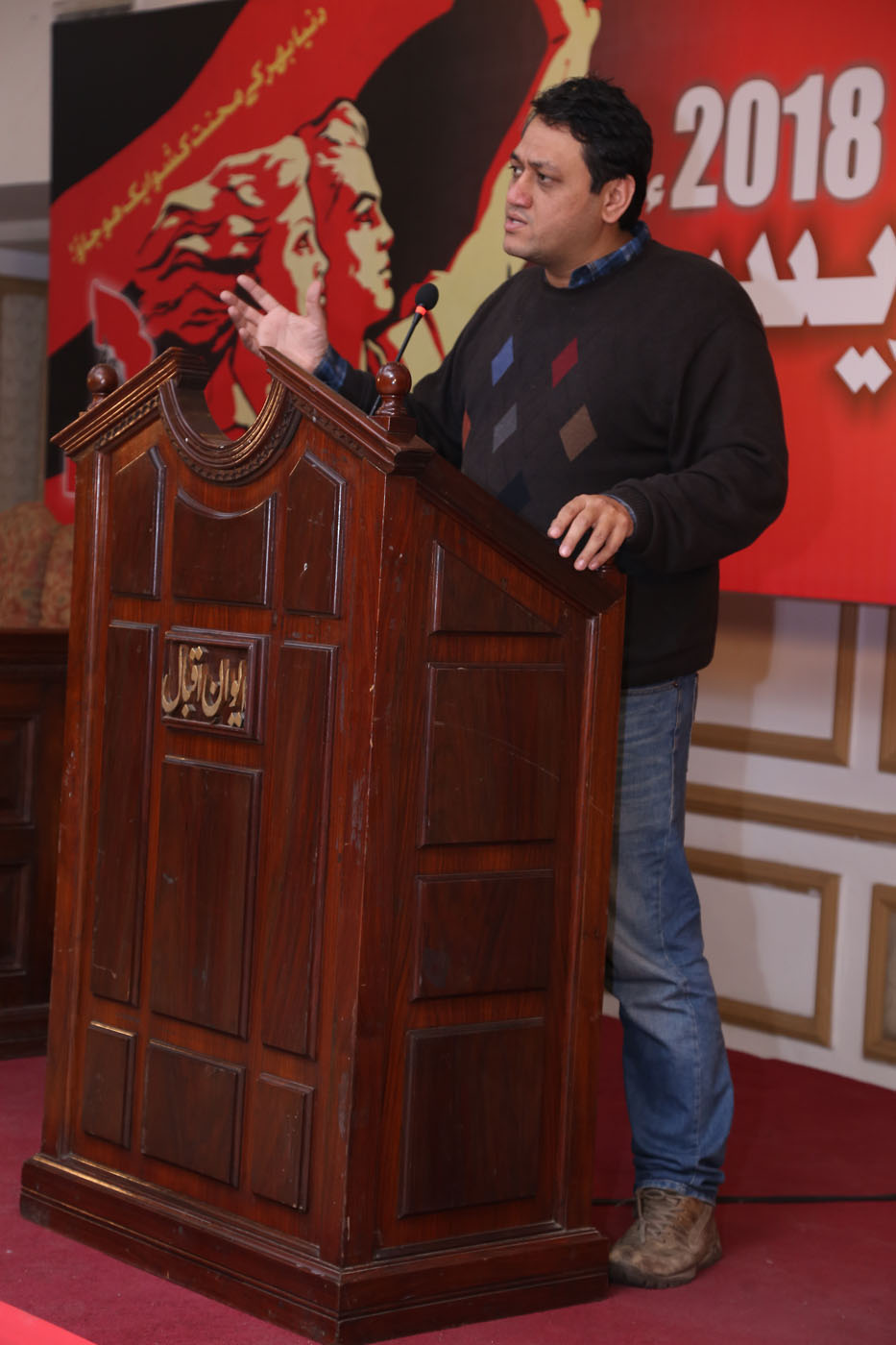 Adam Pal introduced the discussion on CPEC / Image: own work

Our tendency is the only political organisation which is discussing this issue in a serious manner. The comrades of Lal Salaam have even produced a new book, written by Adam Pal, considering both the political and historical questions surrounding this issue from a Marxist point of view. Copies of the book were available for sale at the congress. 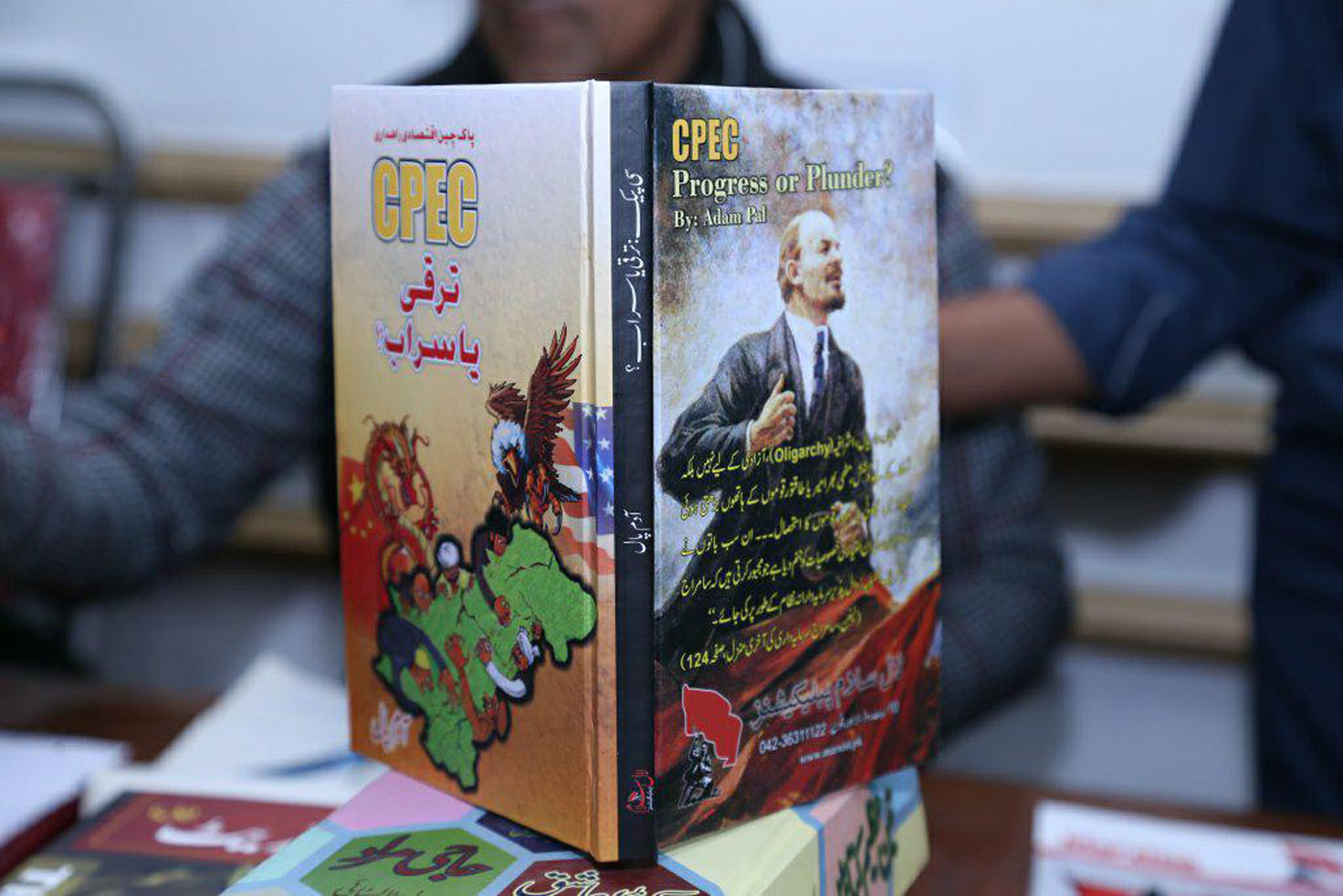 CPEC: Progress or Plunder? by Adam Pal / Image: own work

Adam’s lead-off was followed by questions and contributions from comrades touching on international relations, the Pakistan economy, and the nature of the Chinese state. Adam then replied to the discussion, concluding that neither Chinese nor American imperialism, but international socialist revolution can improve the conditions of workers in Pakistan. This requires solidarity between Chinese and Pakistani workers in common struggle against their own ruling classes. 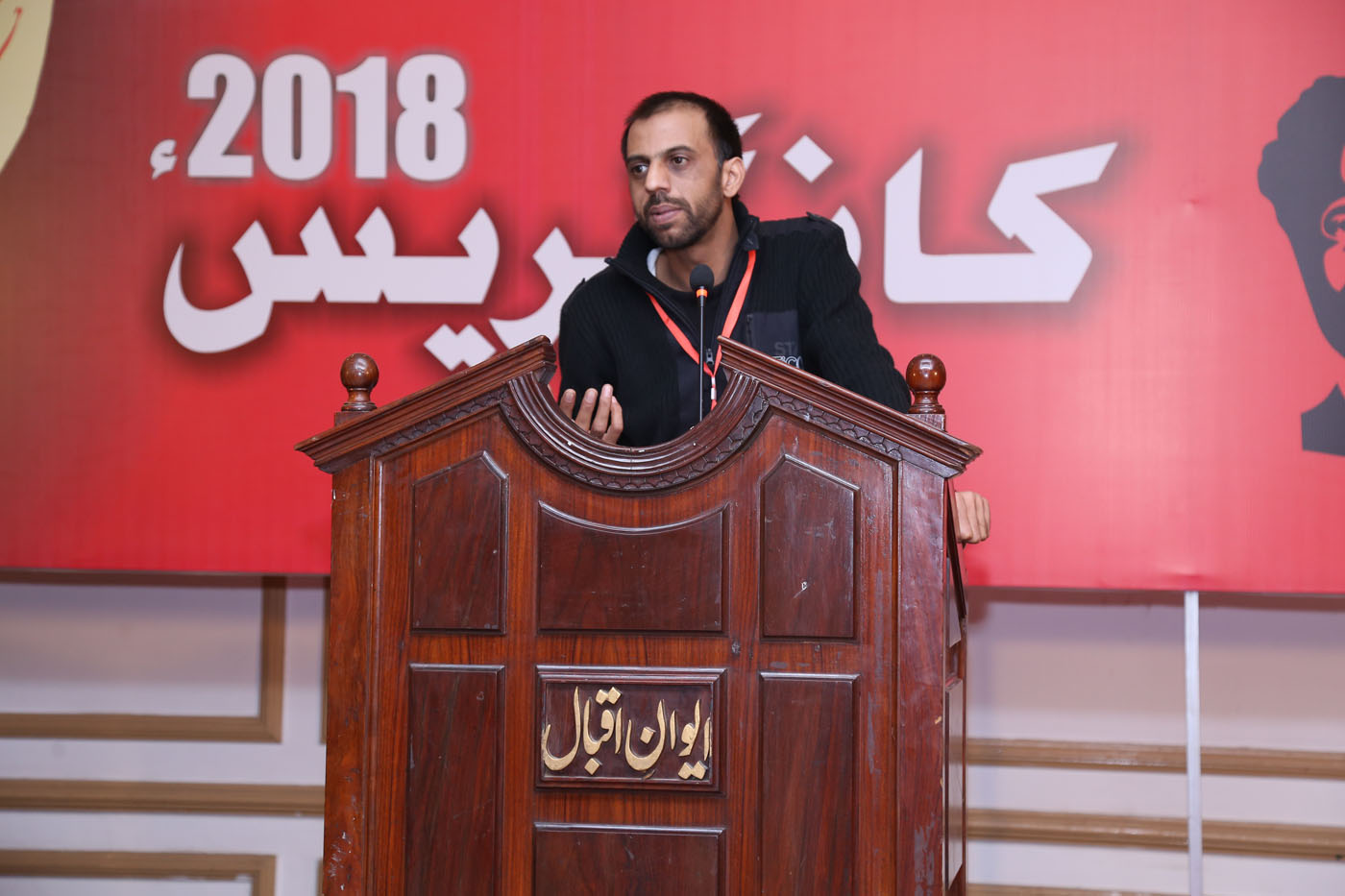 Rashid Khalid introduced the discussion on organisation / Image: own work

Comrade Rashid Khalid then proceeded to introduce the discussion on the building of the organisation. He explained that we are now entering a new era of fast and unprecedented events. Therefore the task of building the forces of Marxism has never been more urgent. Quoting Lenin, he said we must “turn to the youth” and include fresh comrades in leading the section’s activities. 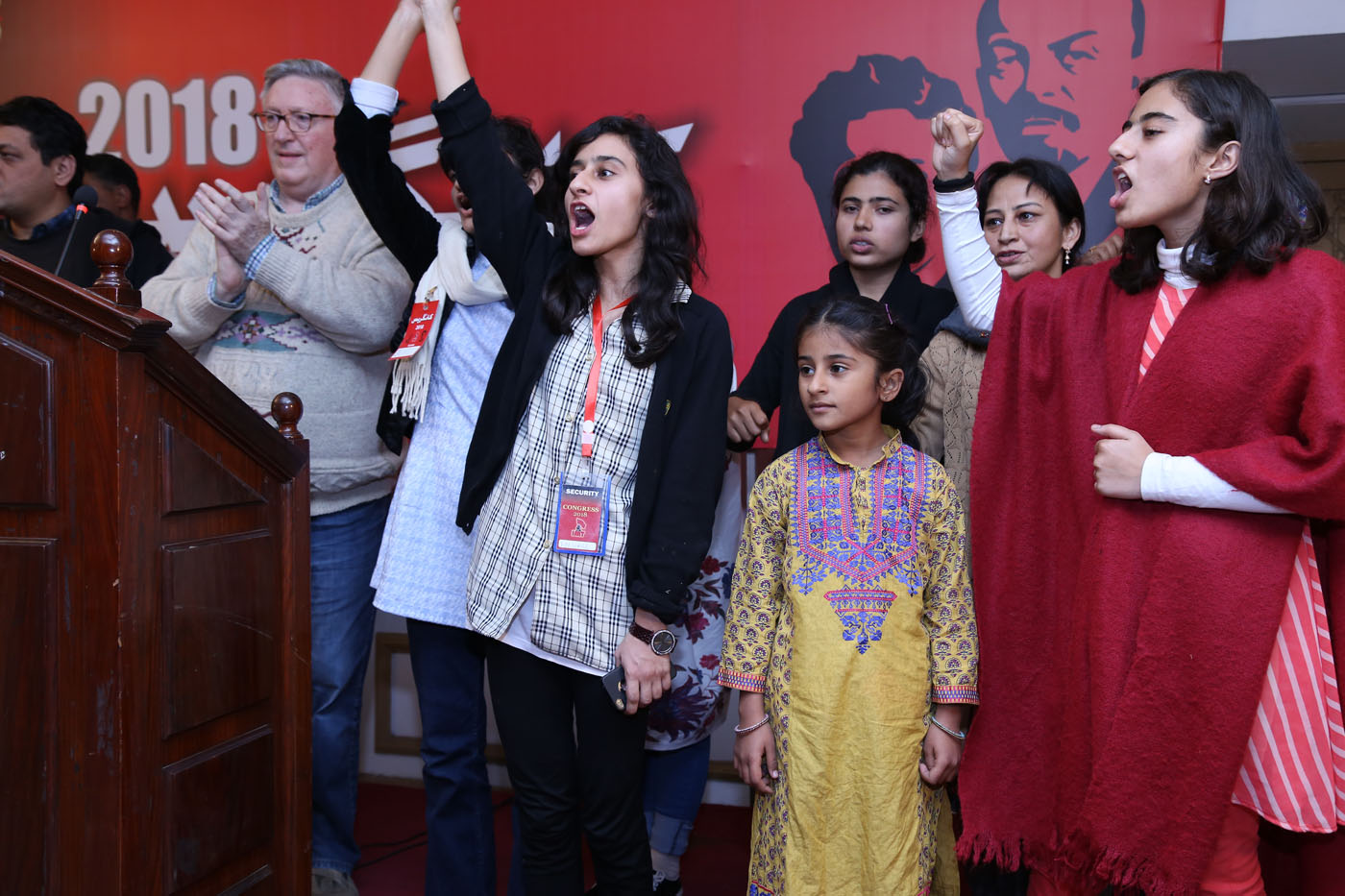 Work amongst women and youth were important topics of discussion / Image: own work

This was followed by a report by comrade Aftab Ashraf from Lahore on the progress of the Red Workers Front (RWF) and the struggle against privatisations. The comrades have been intervening energetically in the movement, issuing a call to prepare a general strike as the only means to combat privatisation and as an important concrete step towards a revolutionary solution to the crisis in Pakistan. The comrades will hold a series of Workers’ City Conventions this year with the target of building for a larger National Convention next year. 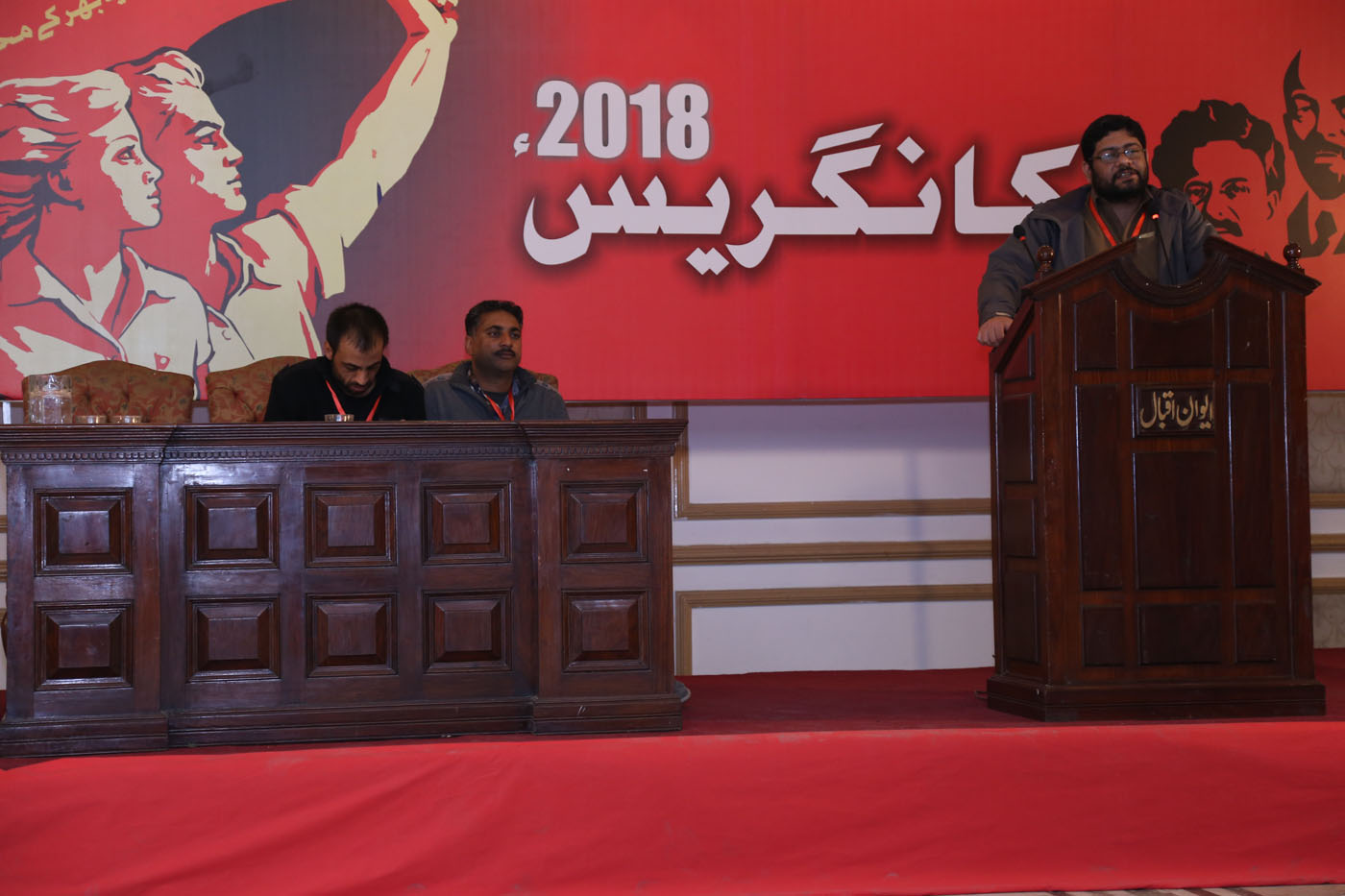 Aftab Ashraf reported on the work of the Red Workers Front / Image: own work

The report on the work amongst women was given by comrade Anam Patafi from Karachi, who underlined the need for theoretical and political clarity in the workers’ movement on this crucial question. The barbaric oppression of women in Pakistan requires an implacable struggle not only on International Working Women’s Day (8th of March), but during the entire year. 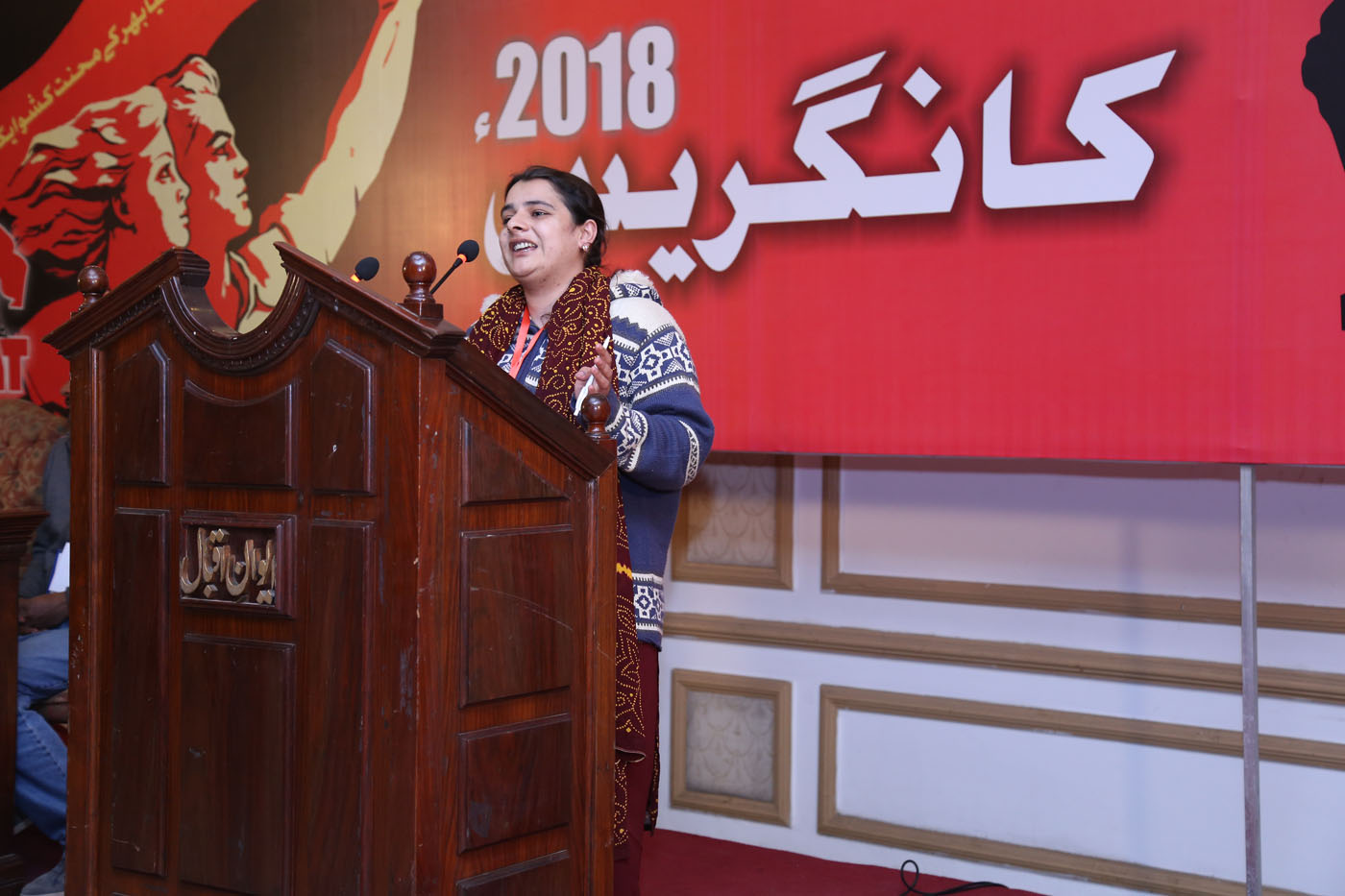 Anam Patafi reported on work amongst women / Image: own work

With regards to the youth work, comrade Zain ul Abideen from Lahore reported on the progress of the highly successful Progressive Youth Alliance which is preparing for its National Youth Convention, due to take place in Lahore in the month of October. The mobilisation for this is being organised through a number of Youth City Conventions in 12 areas around the country. The comrades will also host a Marxist Winter School on dialectical materialism and a celebration of Bhagat Singh Day in March. 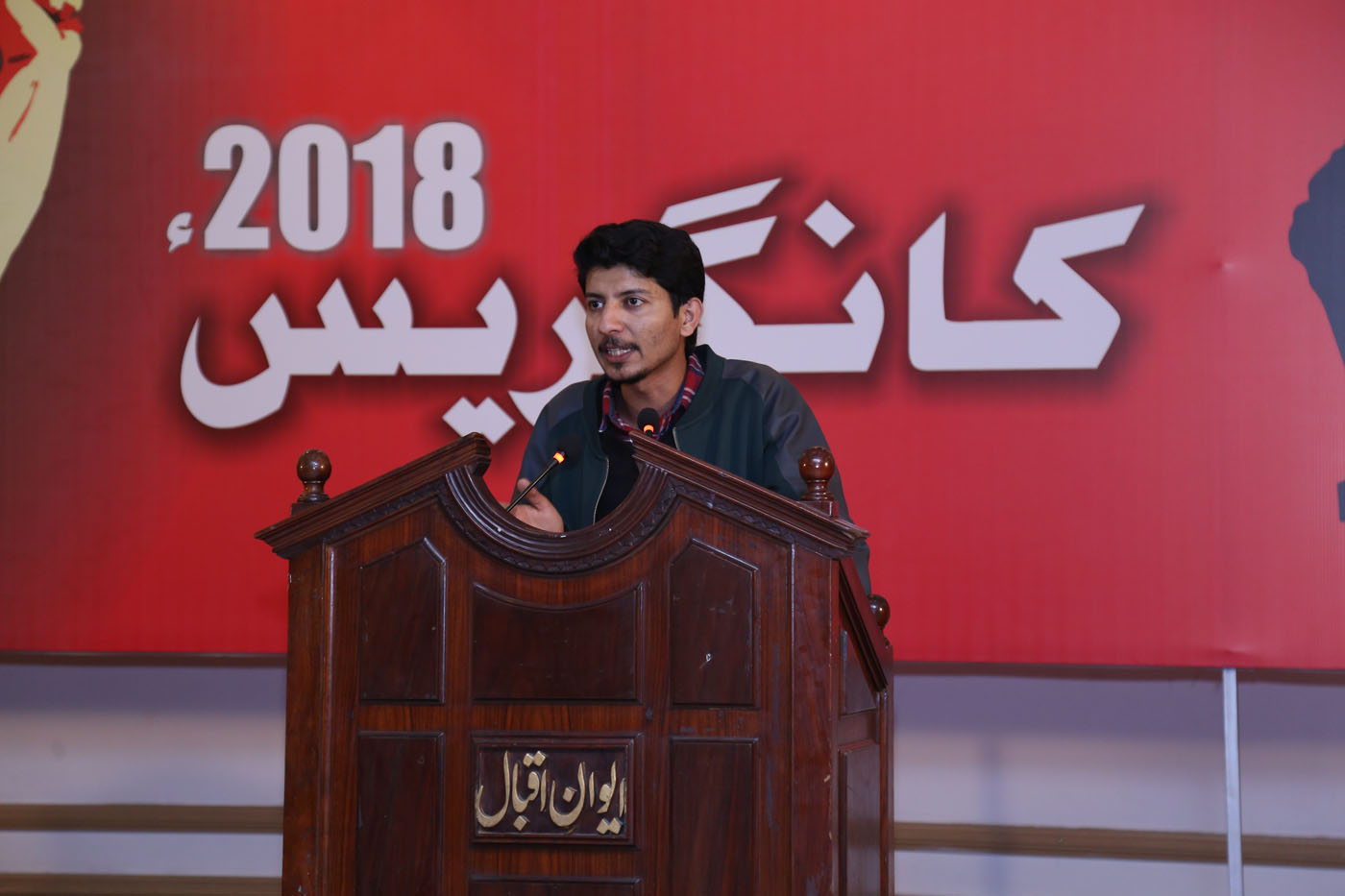 Comrade Valeed Khan from Lahore then gave a report of the section’s finances, stating that the health of a revolutionary organisation can be measured first by its ideas and second by its finances. He stressed that “we alone are responsible for financing our activities”, as opposed to the NGO’s and other political organisations that depend on foreign support. It is essential that a revolutionary organisation is funded by the rupees of the workers, and not the dollars of rich donors. 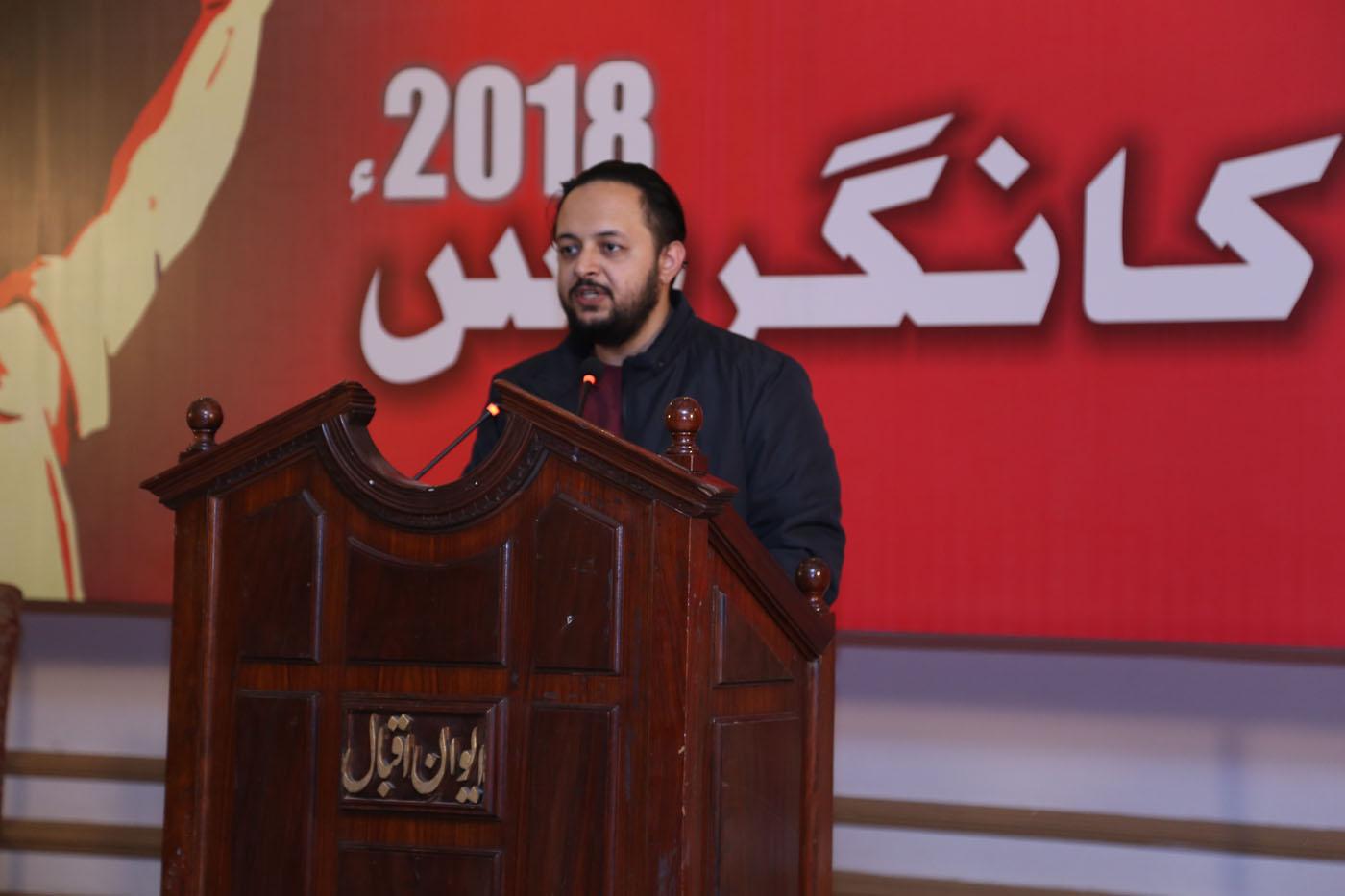 Summing up the session on organisation, Rashid emphasized Trotsky’s statement that the crisis of humanity in the last instance is the crisis of the leadership of the working class. Accordingly, he urged the comrades to redouble their efforts and build on their successes to beat their ambitious targets. Following the session on organisation, a new Central Committee was elected by a unanimous vote. The total attendance for the weekend was reported to be 269, with 38 female comrades. 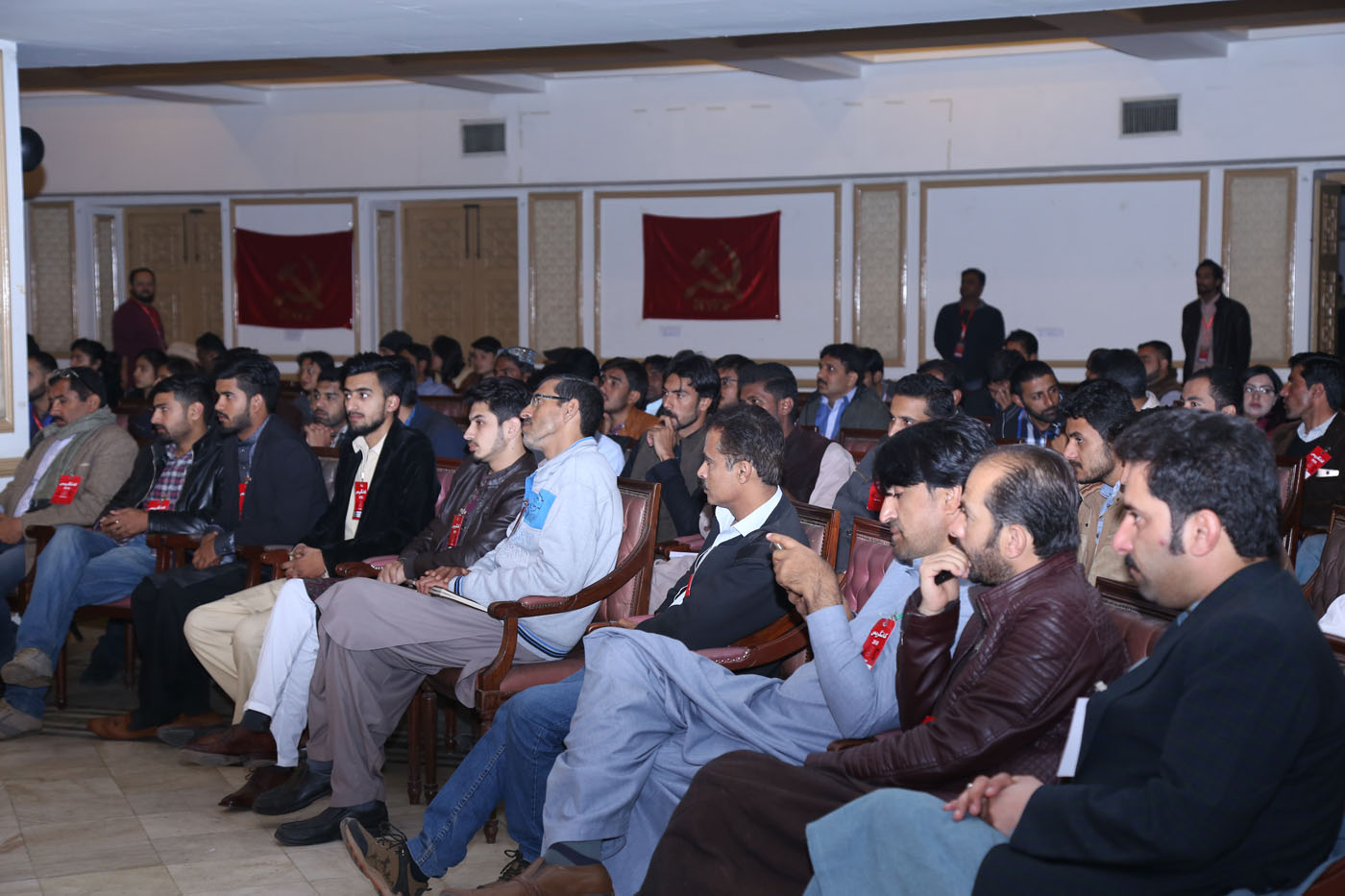 Josh Holroyd and Stefan Kangas gave a brief report on the work of the British and Swedish sections before Alan Woods summarized the growth and achievements of the entire IMT. This includes the great success of the In Defence of Marxism website which received over 1 million unique visitors over the last 12 months, of which 25,000 came from Pakistan. 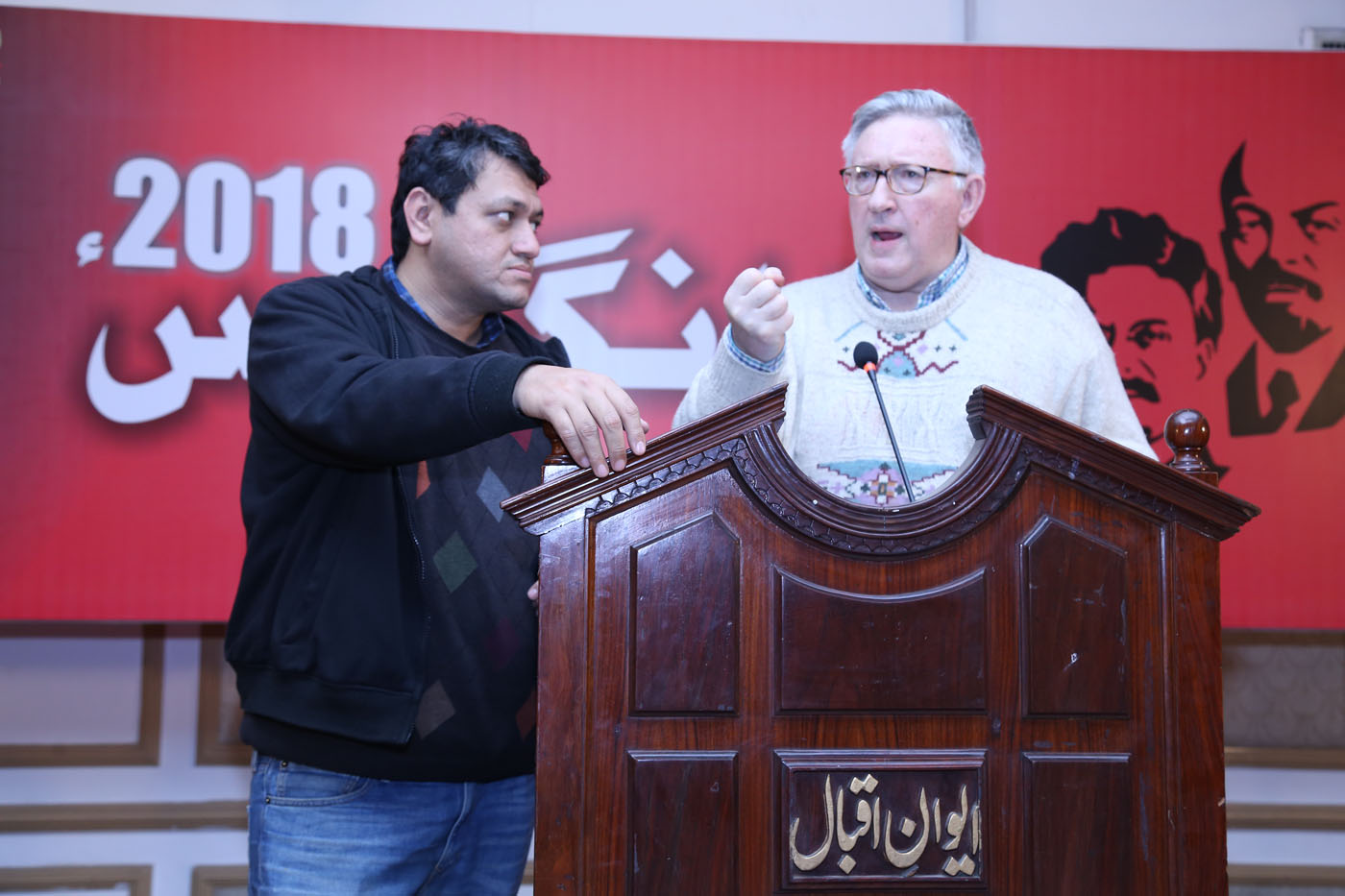 Bringing the congress to a close with a stirring speech, Alan congratulated the comrades of Lal Salaam on their great successes since the re-launching of the section under a new banner two years ago. Pointing to the challenges ahead, he explained the critical importance of Marxist theory as the foundation without which a revolutionary movement cannot succeed.

Based on the ideas of Marxism, the comrades of Lal Salaam are building an organisation of committed revolutionaries under very difficult conditions – of mass unemployment, extreme poverty, terrorism and a society in crisis and decay. This congress will prove to be an important step in the building of these forces, which will have tremendous implications for the future of the working class in Pakistan, the Indian subcontinent and the world. 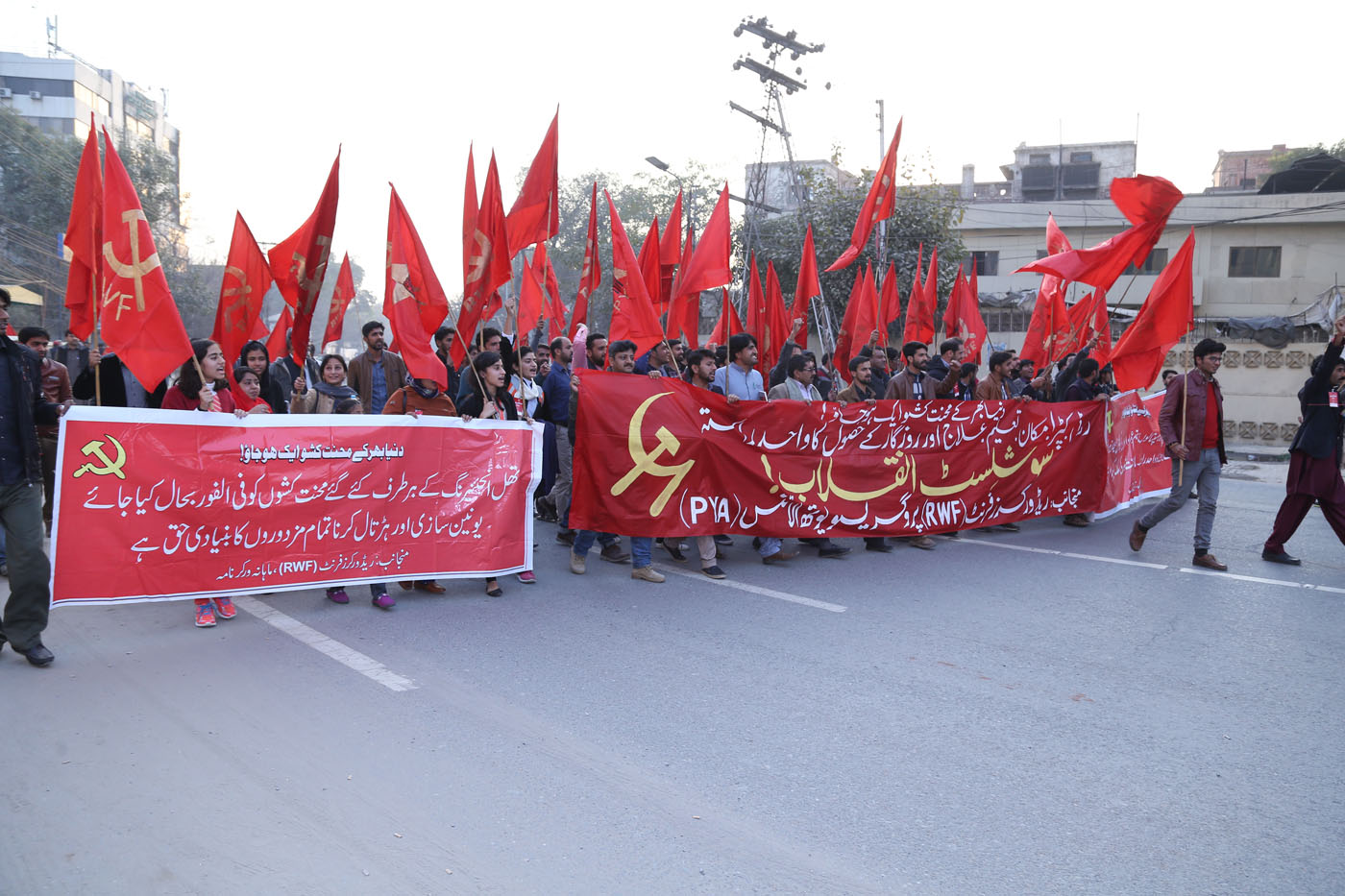 The Red Workers Front and PYA march on Lahore / Image: own work

Alan’s closing remarks were met with a storm of applause and impassioned chants from the hall. The congress then concluded with the singing of the Internationale, under red flags flown by the Red Workers Front and Progressive Youth Alliance. Immediately after the congress, the campaign against privatisation was launched with a march to the Lahore Press Club, culminating in an impressive rally with a militant speech from comrade Aftab Ashraf, National Co-ordinator of the Red Workers Front.