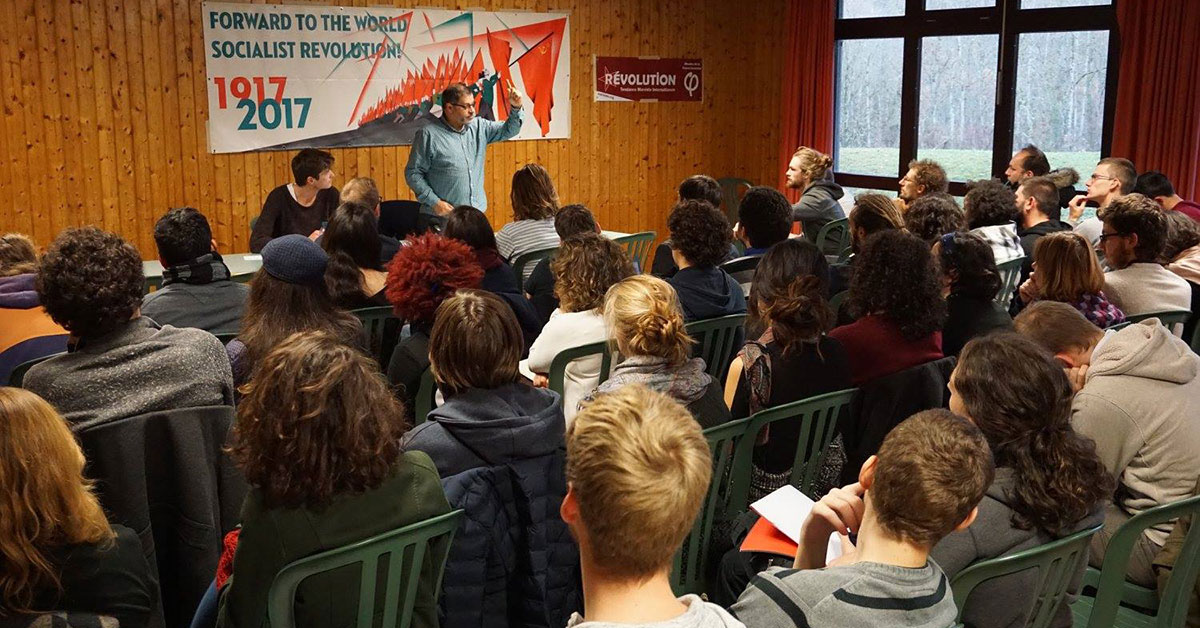 As Lenin wrote: "without revolutionary theory, there can be no revolutionary movement." Theory is not a matter of merely academic interest: a mastery of Marxist ideas is necessary to understand the world in which we live and fight. Without understanding capitalism, we cannot hope to defeat it. To help develop this work of political education, the French-speaking sections of the IMT organized the first international Marxist school in French.

It took place on 25-26 November in the mountains around Geneva and gathered almost 80 comrades from four national sections (Switzerland, France, Belgium and Canada). Comrades from Italy and Germany were also present, as well as Fred Weston, editor of the In Defence of Marxism website. It was the first time that such a school was organized jointly by these sections and it was a great success.

The discussions and workshop were dedicated to various topics: news and current events, but also history and theory. The school began, after a welcome meal, with a plenary session on world perspectives. Comrade Fred described the unfolding of the capitalist crisis, underlining the weakness of the so-called “recovery” and the errors of the reformist and liberal analyses of the situation. He also talked about the deep impact of this crisis on bourgeois society's political stability, illustrated by the upsets in recent elections in the UK and Germany, and the rise of Mélenchon during the French elections (and Macron’s subsequent fall from favour). The discussion that followed stressed many key points of this process of global destabilisation of bourgeois order, marked by the growth of left-reformist parties (such as the Workers' Party of Belgium and British Labour Party under Corbyn). After this session, the collection raked in nearly 600€ for the IMT, clear evidence for the comrades’ enthusiasm. 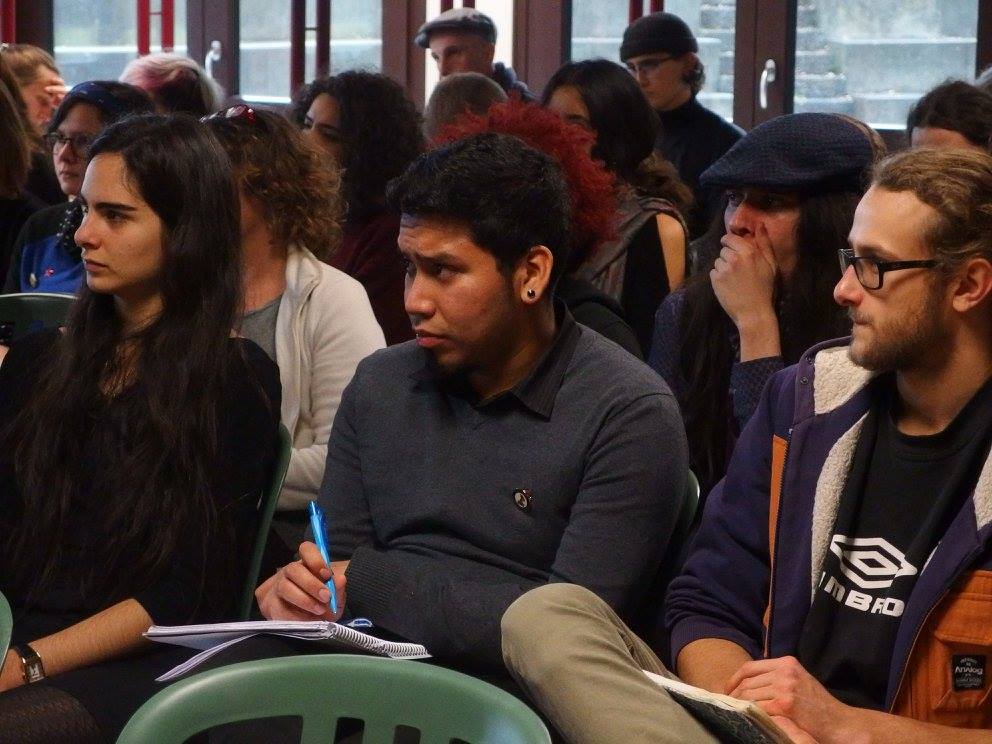 Comrades at the Francophone school / Image: own work

Then, two parallel workshops were dedicated to the topics of the economic crisis and the political situation in France. During the first one, we talked about the crisis arising organically from the inherent contradictions of capitalism, and also of the failure of liberals and reformists, who denied the very possibility of a crisis, and thereafter tried to solve it by drowning it under public subsidies or strangling it with cuts and austerity. The discussion on France was about the general crisis of French politics, illustrated by the fall of all the traditional parties of the bourgeoisie during last spring elections. It also addressed the issue of the current situation and the dead-end of the strategy adopted by the trade union leadership. During the evening (after another good meal), comrades were able to chat over a drink and a few songs, and also to share their experiences of political work.

On Sunday morning, the first session was dedicated to the question of ‘Intersectionality or Marxism?’ This is a very important topic in the left today, as decades of ideological pressure from the bourgeoisie since the 70s have favored the reemergence of idealism and “post-Marxism” (that is “anti-Marxism”) that tries to subordinate united class struggle to separate, identity-based struggles against ‘oppression’. Adherents to these trendy new ideas are unable to fight the issues they pretend to oppose (rooted as they are in capitalism and class exploitation), and only sow divisions in the workers’ movement on racial, sexual, gender or religious lines. Such division is promoted by the bourgeoisie as well as the reformist leaderships. 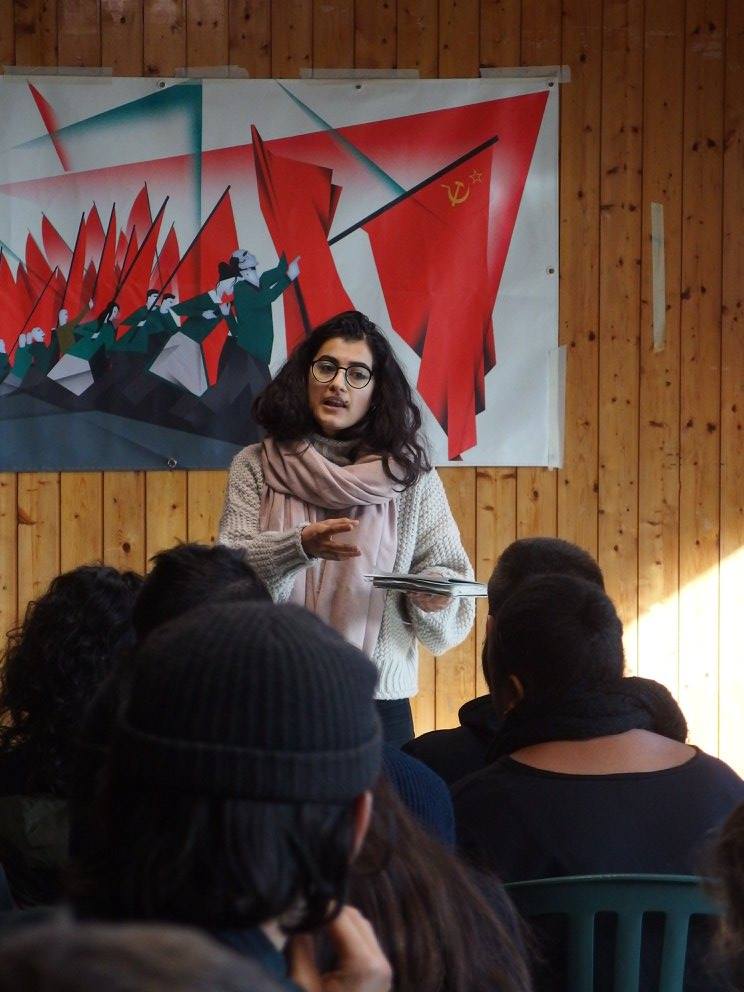 Jela Alisa speaking on Marxism and Intersectionality / Image: own work

During the afternoon, two separate workshops were dedicated to the subjects of Stalinism and Worker’s Control and the Planned Economy. The USSR is an important historical phenomenon for every revolutionary activist, and understanding the real history gives us the tools to confront reformist and conservative attacks on socialism that cite the crimes of the Stalinist dictatorship. Comrade Caspar led the discussion, which clearly showed the counter-revolutionary nature of Stalinism that hijacked the Russian revolution to the profit of the bureaucracy, and later wrecked revolutionary movements on a global scale (notably in China and Germany). The workshop on economic planning demonstrated the clear superiority of pulling together all the productive forces and running them democratically according to the needs of society, rather than leaving them to the anarchy of the market. It was also an opportunity to look back on the experiences of occupied factories in Venezuela and elsewhere, and glean lessons from them.

The school was a triumph, thanks to the enthusiasm of all the comrades and the organizers. The excellent participation of many comrades in organizational tasks (cleaning, stewarding and so forth) should be highlighted, as well as the very high quality of the meals cooked by the German-speaking Swiss comrades – danke schoen! Our achievements this year will be reproduced to build the forces of Marxism in the French-speaking countries! 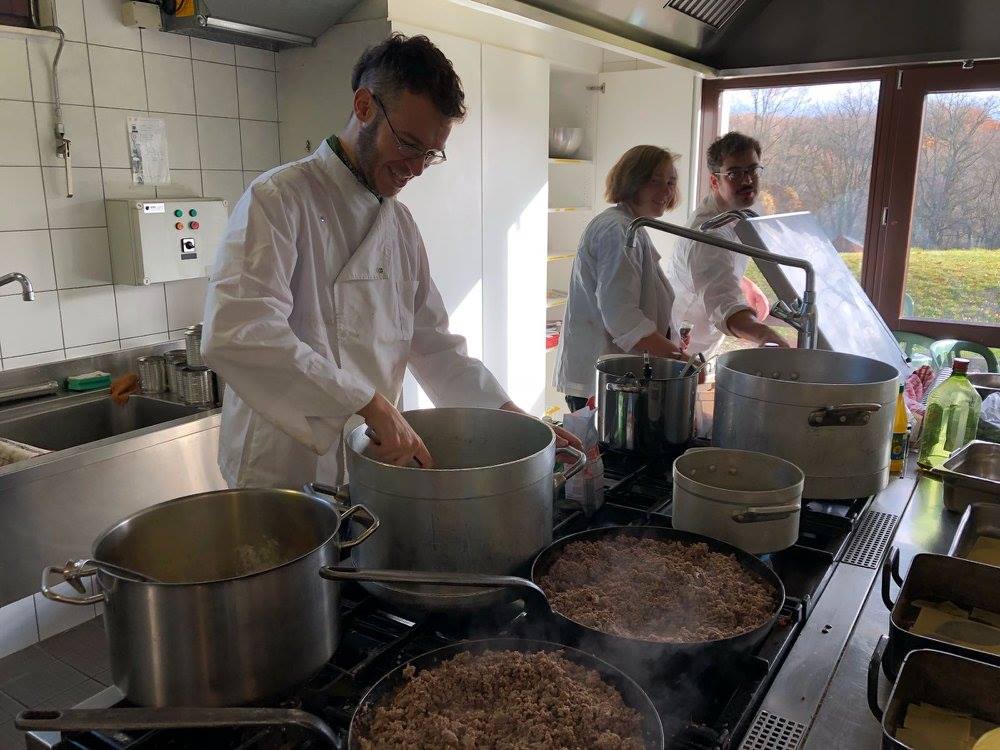 Everyone agreed the food was a highlight! / Image: own work