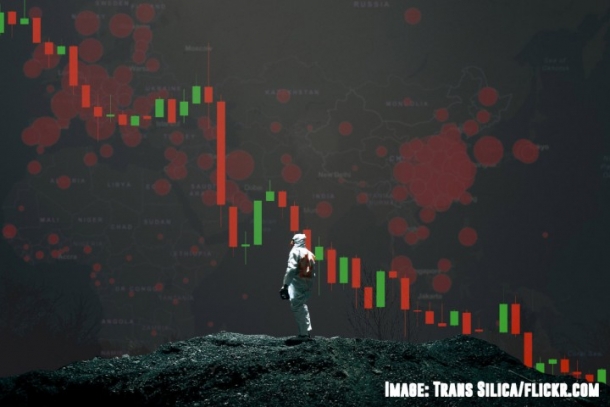 While the real economy has fallen off a cliff in recent months, stock prices have reached record highs. Capitalism is nothing but a casino. In place of this speculation and gambling, we need a rational socialist economic plan.

Capitalism has entered the worst crisis in the history of its existence. The economic damage triggered by the pandemic is unprecedented in its size and scale. Tens of millions of workers worldwide have lost their jobs. Entire industries like tourism, hospitality, and aviation have been decimated. There will be no return to ‘normality’.

And yet, despite this dire situation, stock markets have been booming in recent months. Global equity prices rose by 6.7 percent between July and early this month. This is the largest advance in more than three decades.

In early August, the Dow Jones Industrial Average was trading at almost the same level it was the year before. And by 18 August, the S&P 500 had not only recovered its losses since the beginning of the global pandemic, but had actually reached a new all-time high.

Why is it, then, that in a period of such deep crisis, investors have been pumping money into stocks and shares? Does this stock market rally mean that there is a genuine economic recovery taking place? 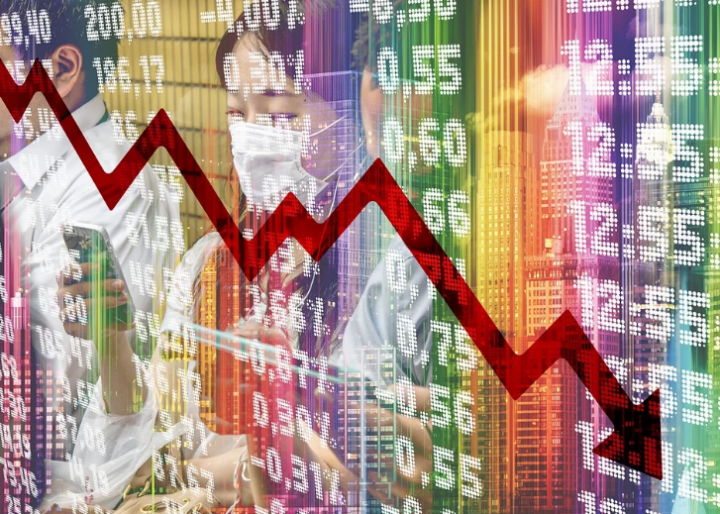 The stock exchange is largely divorced from the state of the real economy, hence the recent booms while the economy tanks / Image: Pixabay

There are early warning signs of an end to this recent rally, however. Many investors are rightly concerned by the potential for bubbles to burst. Fears are even growing of an almighty crash on stock markets internationally.

After the summer’s upward sprint to all-time highs, US stocks plunged last week. On Thursday 3 September, in particular, stocks fell sharply. By the end of the day’s trading, the Dow Jones was down 2 percent; the S&P 500 down more than 3 percent; and the Nasdaq down 5 percent.

These recent losses may be the start of a wider collapse – as one would expect following a speculative investment bubble. This only underlines how the movements on the stock exchange are largely divorced from the state of the real economy.

The basis for the real economy, under capitalism, lies in the production and exchange of commodities – goods and services made through the application of labour, to be sold on a market.

It is only in production that value is created, and not from exchange or distribution. These can only redistribute value that has already been created by the application of labour in production.

The buying and selling of stocks and shares is what Karl Marx described as ‘fictitious capital’. This is where money is thrown into circulation without any equivalent in values – that is, without any commodity production or genuine productive activity.

After all, the trading of shares does not represent an exchange of commodities (i.e. of values). Rather, shares are an entitlement to future values; a claim to profits that have not yet been made.

Marx described how the ultimate fantasy of the capitalists was to make money out of money: financial alchemy, without the bother of human labour, investment in machinery, or even production itself.

This is what the stock market reflects – not the health of the economy, but a corrupt casino for the capitalists to gamble in. 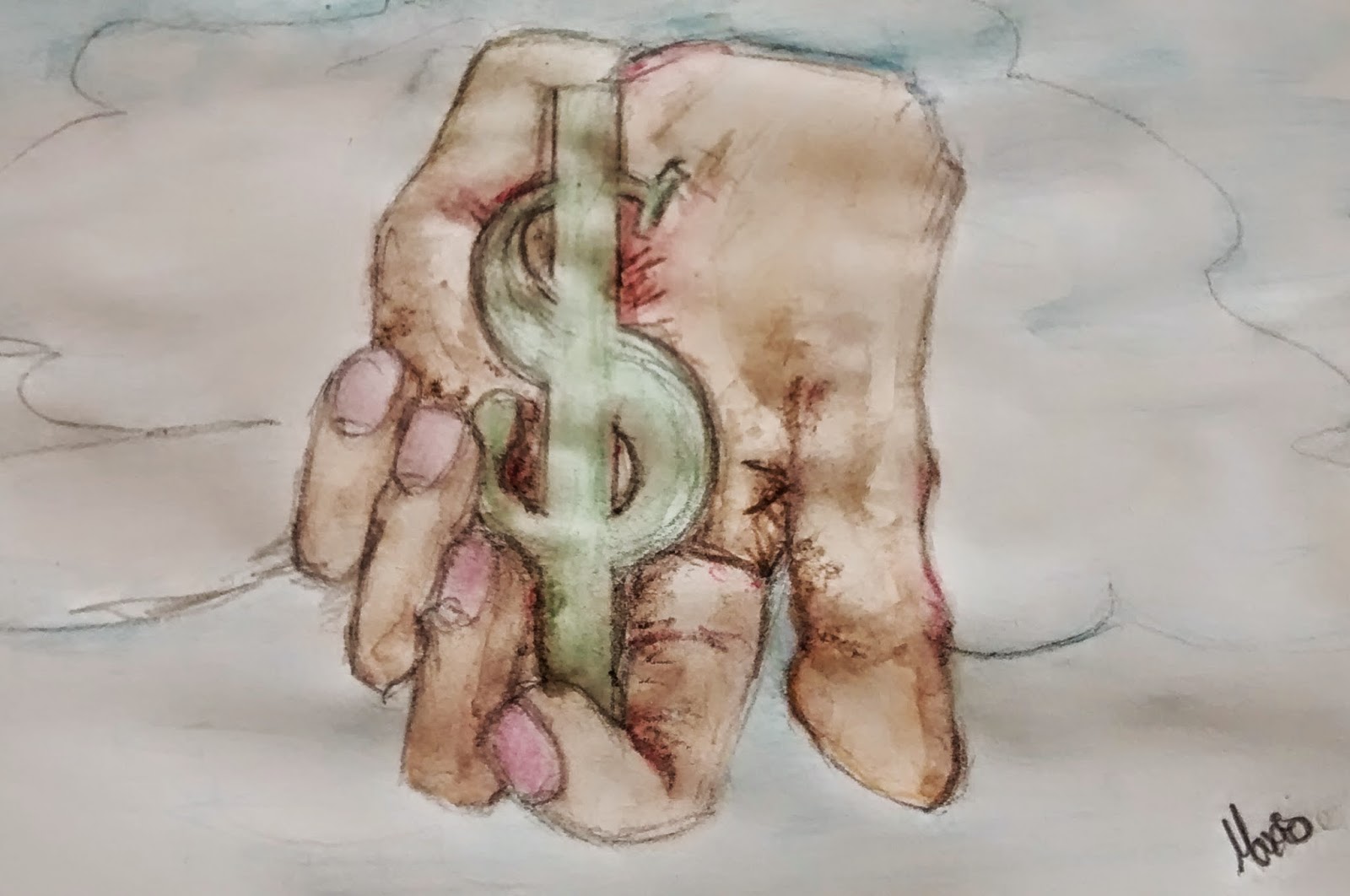 The circus of speculation might seem absurd and irrational. But this is the logical result of a system built on profit and competition

At root, the rally in global stock markets is another symptom of the enormous crisis of overproduction; of the saturation in the world market.

The capitalists are sitting on piles of cash. But rather than investing in production, investors are speculating in whatever assets are currently in vogue – whether that be stocks, property, or even gold and cryptocurrencies.

Already in decline due to the 2008 slump, years of austerity, and the rise of protectionism, markets have shrunk even further due to the COVID-19 pandemic.

Formerly safe and reliable investments like government bonds, meanwhile, are effectively yielding 0 percent returns, thanks to the trillions pumped into the world economy by central banks in the advanced capitalist countries.

And even leaving your money in the bank isn’t an option. Interest rates have been rock bottom for years, and are even negative in many places now.

This may all seem absurd and irrational. But this is the logical result of capitalism – a system built on profit and competition.

Investigating the recent rally further, we can see the lop-sided and contradictory nature of this ‘boom’.

In the main, stock indices have actually been pushed higher by only a handful of large companies – in particular, the big tech giants such as Amazon and Apple. Most other stocks have in fact suffered in recent months.

The clout of these large tech companies was also demonstrated in reverse by last week’s stock market falls. Fearing a bubble, a panicked sell-off of tech stocks pulled the Nasdaq down to its worst week since March. The exchange fell by 5 percent on Thursday morning, and was down another 5 percent by Friday morning.

Fidelity International calculates that, on average, the ‘Big Five’ tech companies account for nearly a quarter of the value of the entire S&P 500 index. And these same firms are expected to generate 41 percent higher earnings in 2021 than in the previous year.

This is another reflection of the tendency towards monopoly under capitalism. Whilst small businesses go under, the largest multinationals are increasing in size and strength. In fact, Apple has recently reached a $2 trillion market capitalisation, doubling in value in the space of two years.

In short, while working-class communities have experienced a decade of austerity and cuts to living standards, the capitalist class have only increased their wealth and profits. And all of this in the midst of a devastating public health crisis.

The gambling and speculation on the stock exchange is of no use to society. Instead, the stock market is just a giant casino, where the wealth produced by the working class is siphoned off by the parasites and fat cats.

We must do away with this rotten system. This means nationalising the big banks and financial firms, and expropriating the major monopolies on the stock exchange – without compensation – in order to utilise this wealth for the good of society; for the many, not the few.