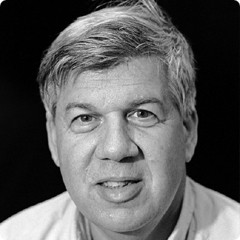 On Monday, May 20, the famous American palaeontologist Stephen Jay Gould died of cancer at his home in New York. Gould made a major contribution to development of modern science with his theories on evolution, and challenged some of the accepted views of bourgeois science.

Sadly, on Monday, May 20, Stephen Jay Gould the famous American palaeontologist died of cancer. He was 60 and died at his home in New York.

Gould made a major contribution to development of modern science with his theories on evolution. Prior to his studies scientists had accepted Darwin's view of a very slow and gradual process of evolution. Together with Eldredge in the early 1970s, beginning with a study of land snail shells, he discovered that there was another pattern to the evolutionary process. They saw that what the fossil records showed was not one continuous gradual process, but a series of sudden bursts of change followed by relatively long periods of very slow development. Gould and Eldredge coined the term "punctuated equilibria" to describe this process.

Gould and Eldredge then had to face quite widespread opposition from the scientific community. By patiently explaining their ideas they managed to convince many, but some to this day still reject their theory.

Alan Woods and Ted Grant wrote their book, Reason in Revolt, Marxist Philosophy and Modern Science in 1995. The book was published 100 years after the death of Frederick Engels and the purpose was to update Engels' Dialectics of Nature. The last 100 years of scientific study have provided ample proof that the method of Engels and Marx, i.e. that of dialectical materialism, actually reflects the real processes of nature.

Stephen Jay Gould and Niles Eldredge demonstrated quite conclusively that these processes are sometimes slow and protracted and at other times extremely rapid. They show how a gradual accumulation of small changes at a certain point provokes a qualitative change.

In this they finally resolved the problem Darwin had in understanding what was known as the "Cambrian explosion". Prior to the Cambrian explosion very few fossil records have been found. Then "suddenly" life forms seem to develop very rapidly. In fact fossil records do not fit in to a gradualist interpretation of evolution. There are periods where life forms change rapidly, and then there are other long periods where nothing seems to change. Darwin believed that it was just a question of time before new discoveries in the fossil records would show the gradual change that had taken place. But these records have never materialised. Gould and Eldredge understood what had actually happened.

This discovery was yet another confirmation of one of the fundamental laws of dialectics, the transformation of quantity into quality. Individual, almost imperceptible, small changes pile up one upon another. At a certain point the quantity provokes a sudden leap, a qualitative change. This has been confirmed over and over again in the natural world. It can also be applied to the development of society itself. Small changes over long periods of time suddenly lead to abrupt leaps.

However, the scientific-academic world is dominated by bourgeois ideology, that is, the way of thinking of the capitalist class. The capitalists cannot accept the idea that the natural world and society change through sudden leaps, i.e. revolutions. They want us to believe that everything is gradual. Thus they are imposing upon the real objective processes of nature, and of society, their own subjective viewpoint which is determined by their privileged position. Unfortunately for them the most advanced scientific research repeatedly contradicts this viewpoint. That explains why Gould and Eldredge faced such vehement opposition to the conclusions they drew from their studies.

Gould himself was actually aware of Marxist philosophical thought. In his book Ever Since Darwin, he refers to Engels' essay The Part Played by labour in the Transition from Ape to Man and he says the following:

"Indeed, the nineteenth century produced a brilliant exposé from a source that will no doubt surprise most readers - Frederick Engels. (A bit of reflection should diminish surprise. Engels had a keen interest in the natural sciences and sought to base his general philosophy of dialectical materialism upon a 'positive' foundation. He did not live to complete his 'dialectics of nature', but he included long commentaries on science in such treatises as the Anti-Dühring.) In 1876, Engels wrote an essay entitled, The Part Played by Labour in the Transition from Ape to Man. It was published posthumously in 1896 and, unfortunately, had no visible impact upon Western science.

"Engels considers three essential features of human evolution: speech, a large brain, and upright posture. He argues that the first step must have been a descent from the trees with subsequent evolution to upright posture by our ground-dwelling ancestors. 'These apes when moving on level ground began to drop the habit of using their hands and to adopt a more and more erect gait. This was the decisive step in the transition from ape to man.' Upright posture freed the hand for using tools (labour, in Engels' terminology); increased intelligence and speech came later."

Although the Soviet Union was a terribly deformed caricature of what genuine socialism should be, among Soviet scientists there was a greater understanding of dialectics. And in The Panda's Thumb he points out that: "In the Soviet Union, for example, scientists are trained with a very different philosophy of change - the so-called dialectical laws, reformulated by Engels from Hegel's philosophy. The dialectical laws are explicitly punctuational. They speak, for example, of the 'transformation of quantity into quality.' This may sound like mumbo jumbo, but it suggests that change occurs in large leaps following a slow accumulation of stresses that a system resists until it reaches the breaking point. Heat water and it eventually boils. Oppress the workers more and more and bring on the revolution. Eldredge and I were fascinated to learn that many Russian palaeontologists support a model similar to our punctuated equilibria."

Gould was not prepared to go all the way and accept that dialectics can be applied not only to science, and palaeontology in particular, but to society itself. Like many scientists he used the dialectical method in his own sphere of studies without grasping the overall outlook of Marxism. However, through his studies he made a major contribution to the development of human thought and of our understanding of the world we live in. Above all he provided more scientific evidence that strengthens the position of Marxism, for it proves that dialectical materialism is not a fantastic notion thought up by Marx himself, but it is simply the reflection of the real material world as it is.

Through his works Gould became one of the most well-known American scientists. He wrote volumes and openly expressed his views in opposition to many gradualist evolutionary theorists. He also popularised his ideas and made them easily accessible to millions of readers. He wrote a long series of essays in Natural History magazine. He won the National Book Critics Award in 1982 and came 24th in the Modern Library's list of the one hundred non-fictional English language works of the 20th century. His works were always permeated with a progressive outlook. He totally rejected reactionary scientific theories. For example he refuted all attempts to use pseudo-scientific theories to justify racism and discrimination.

His presence will be greatly missed by all thinking people. We recommend that all our readers take the time to read at least his main works. This is the best tribute we can make to one of the great scientists of the 20th century.