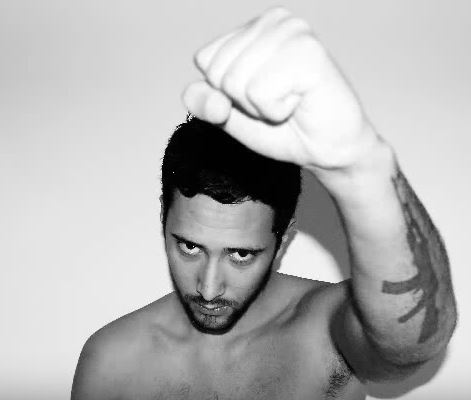 In the past few days, the level of repression, intimidation and blatant authoritarianism exercised by the rotten Spanish ‘78 regime has reached unprecedented levels. It is enough to make one’s blood boil. On 20 February, Communist rapper Valtonyc was sentenced to three years and six months in prison for "lèse majesté" (insulting the crown) and “glorifying terrorism” in the lyrics of one of his songs.

Valtonyc was accused by the ‘Círculo Balear’: a Spanish reactionary nationalist lobby in Mallorca with links to the far-right. The Spanish High Court just confirmed the sentence and he will be jailed in the next few days.Communist rapper Pablo Hasel is also being tried for songs against the monarchy and for "glorifying terrorism": the prosecutor asks for three years in jail. The video of his courageous defence of freedom of speech at his trial at the National Court went viral (see below):

These are just the two prominent cases, but other rap artists have been charged with similar offenses. These people have not been involved in any physical attacks against the monarchy, nor there is any implication that they are involved in terrorism, nor that their lyrics have actually led anyone to commit an act of terrorism or a physical attack on the monarchy. In fact, the terrorist groups mentioned have not been active for years! This is clearly an attack on freedom of expression. These people are being charged and sentenced, and soon will be jailed, for their ideas. 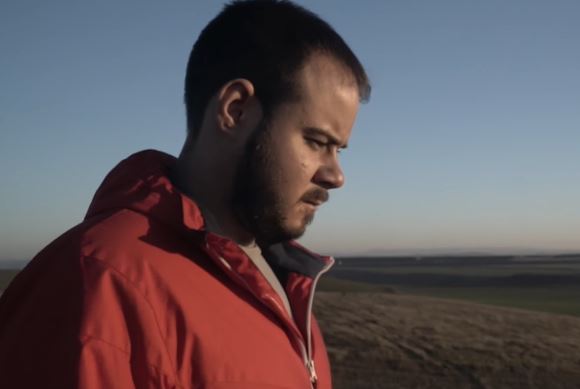 Pablo Hasel is being tried for songs against the monarchy and for "glorifying terrorism" / Image: fair use

Former Catalan deputy, Anna Gabriel, of the anti-capitalist, pro-independence CUP (one of the most radical and popular left-wing politicians in Catalonia) has gone into exile in Switzerland after she refused to appear in court as part of a mega-trial of pro-independence politicians for their part in the 1 October independence referendum. She (along with many others) is being accused of ‘rebellion’, a legal item drawn from the Franco-era penal code punishable with 30 years in jail.

Even in its own terms, “rebellion” implies a “violent, armed uprising”, something which never took place in Catalonia where the autumn movement for self-determination was perfectly peaceful. The only violence that took place came from the Spanish police. As happened with Puigdemont in Belgium in November, the Supreme Court judge that is in charge of the investigation has decided not to issue an international arrest warrant, in the knowledge that the case is an absolute sham and a request for extradition on the grounds of rebellion would be thrown out by the Swiss authorities. The regime is furious at this and has thrown its miserable, servile rags (including ‘respectable’ media such as El Mundo or COPE) against Anna Gabriel with all sorts of sexist, misogynist slander, insults, and humiliations. 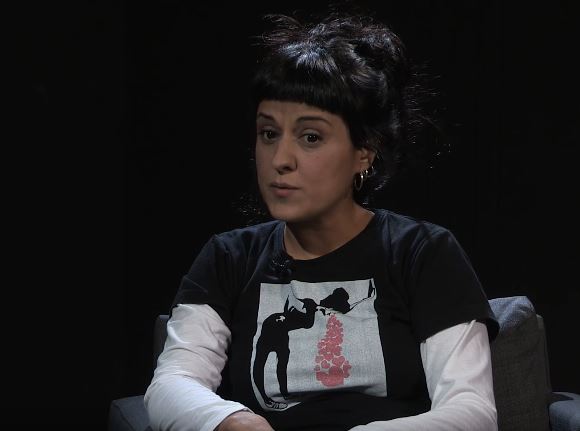 Anna Gabriel (CUP) has gone into exile in Switzerland after she refused to appear in court / Image: fair use

The Spanish government, which suspended Catalan autonomy in October and dissolved its democratically-elected government through the use of powers in article 155 of the constitution, has promised it will use its extraordinary powers to enforce more hours of Spanish lessons in Catalan schools. Thus, the right-wing Popular Party – which came last in the Catalan elections in December and has only 4 MPs in the Catalan Parliament – is usurping the powers of the Catalan chamber to rule over education matters in a dog-eat-dog fight with Ciudadanos to see which of the two is more Spanish chauvinist.

On 21 February, a judge ordered the sequestration of the whole print run of a book, which was published two years ago. Fariña investigates the connections of the Galician PP with drug trafficking. The judge order came after a libel case by a local PP mayor (who appears only twice in the book). The judge has forbidden the reprinting of the book and has banned any new sales (the connections of the Galician PP with drug cartels are well known). In a matter of hours the book has become a best-seller, at one point selling as many as 10 copies per minute. The Madrid Federation of Bookshops has said that, while it respects the judge’s decision, it fundamentally disagrees with it and will not withdraw the book from its shops.

The international contemporary art fair of Madrid, ARCO, has removed an exhibit called “Political Prisoners” by Santiago Sierra ahead of the official opening of the fair by the king and queen today. The exhibit consisted of 24 large pictures of people who have been jailed in Spain for political reasons, their faces pixelated and a legend indicating who they are and why have they been jailed. Amongst them were Oriol Junqueras, the former Catalan vice president that is now in jail in Madrid for his role in the October Referendum and declaration of the Catalan Republic, as well as fellow Catalan government member Forn, and the two Jordis (Jordi Cuixart of the Catalan Òmnium and Jordi Sánchez of the Catalan National Assembly). The exhibit also featured the "8 of Altsasu": eight young men and women from the village of Altsasu in Navarre, who are accused of terrorism after as a result of a bar brawl with some off-duty Civil Guards and have spent almost 500 days in preventive detention. The reason given for the removal of the exhibit was “not to cause controversy over the Catalan issue”.

“Political Prisoners” by Santiago Sierra was removed ahead of a royal visit / Image: fair use

A young farmhand from Jaén has been fined with 480€ for...having photoshopped his face onto an image of Christ and has been charged with "offending religious sentiments". He raised the money for the fine after a public appeal in under an hour. The fine was reduced from an original sentence of over 2000 euro or six months in jail when he admitted guilt, which he only did because he thought would have never been able to raise the amount for the higher fine.

The Spanish state has been fined by the Strasbourg court of human rights for having failed to investigate the brutal torture by the Civil Guard of ETA militants Igor Portu and Matin Sarasola in 2008. Sixteen hours after having been arrested, Igor Portu had to be taken to the Intensive Care Unit at Donostia Hospital with a punctured lung, a broken rib, a haemorrhage in one eye and bruises all over his body. It's the eighth time this institution has reprimanded Spain for torture.

There have been other lesser-known incidents, but no less serious. For instance, an arrest warrant has been issued for the general secretary of the anarcho-syndicalist union CGT in Catalonia, university professor Ermengol Gassiot, for having supported a student occupation for free education in 2013. 27 people are on trial for those events and Gassiol has refused to turn up in court. Barcelona port operators belonging to the anarchist union CNT are being questioned by the Civil Guard for their participation last week in a victorious mooring strike against three unfair dismissals.

On the same day, 21 February, two twitter users were tried for "glorifying ETA terrorism" . The Spanish National Court is currently trying more people for “glorifying terrorism” than for terrorism itself. In fact this charge is being widely used to shut down any radical opinions on social media. In fact at the beginning of the year the Ministry of Interior official twitter account warned that re-tweeting messages which could be deemed as “glorifying terrorism” was a crime in itself. 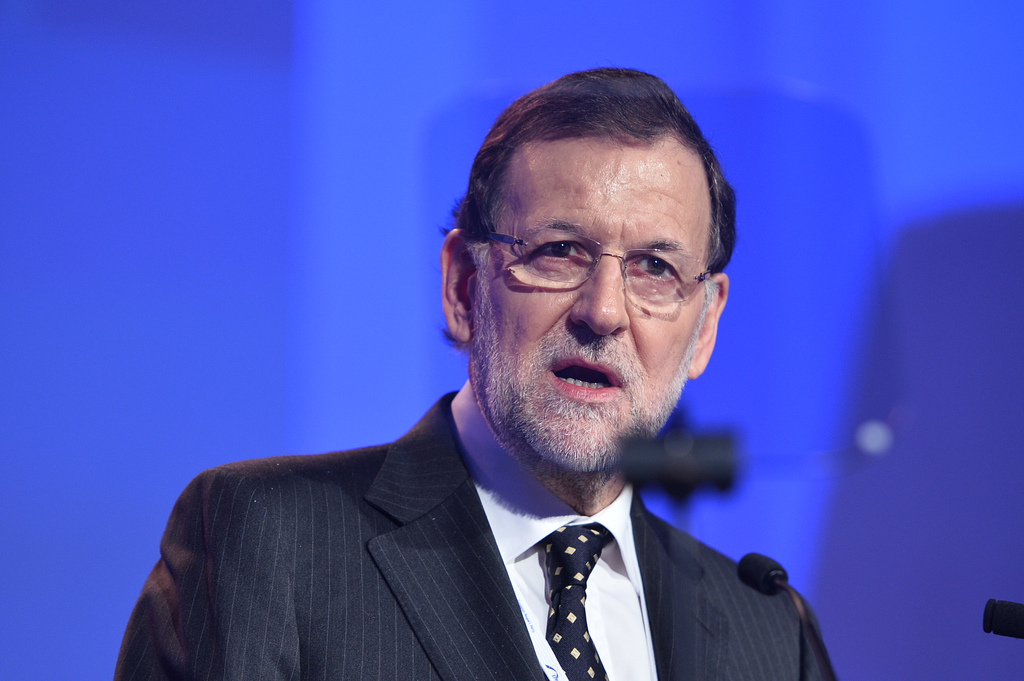 Rajoy and the PP are up to their necks in corruption scandals / Image: Flickr, EPP

These are just events from the past few days, to which one would have to add the imprisonment of Junqueras, Forn and the two Jordis without bail; sentences against twitter users, musicians, artists, trade unionists; and above all the attacks against the democratic rights of the Catalan people. And as this repression takes place, the PP finds itself up to the neck in corruption scandals, involving the upper-echelons of the party and Rajoy himself.

Perhaps the worst this about this wave of repression is the lack of a serious, organised and coordinated campaign in response by left-wing and trade union organisations. We can not really expect anything from the leaders of CCOO and UGT in this respect, but the conduct of the leaders of United Left and Podemos has been shy, indecisive and too fearful of being associated with the two rap artists. What is required is a Spanish-wide campaign of rallies, mass meetings, press conferences to organise the fightback, starting with preventing the jailing of Valtonyc.