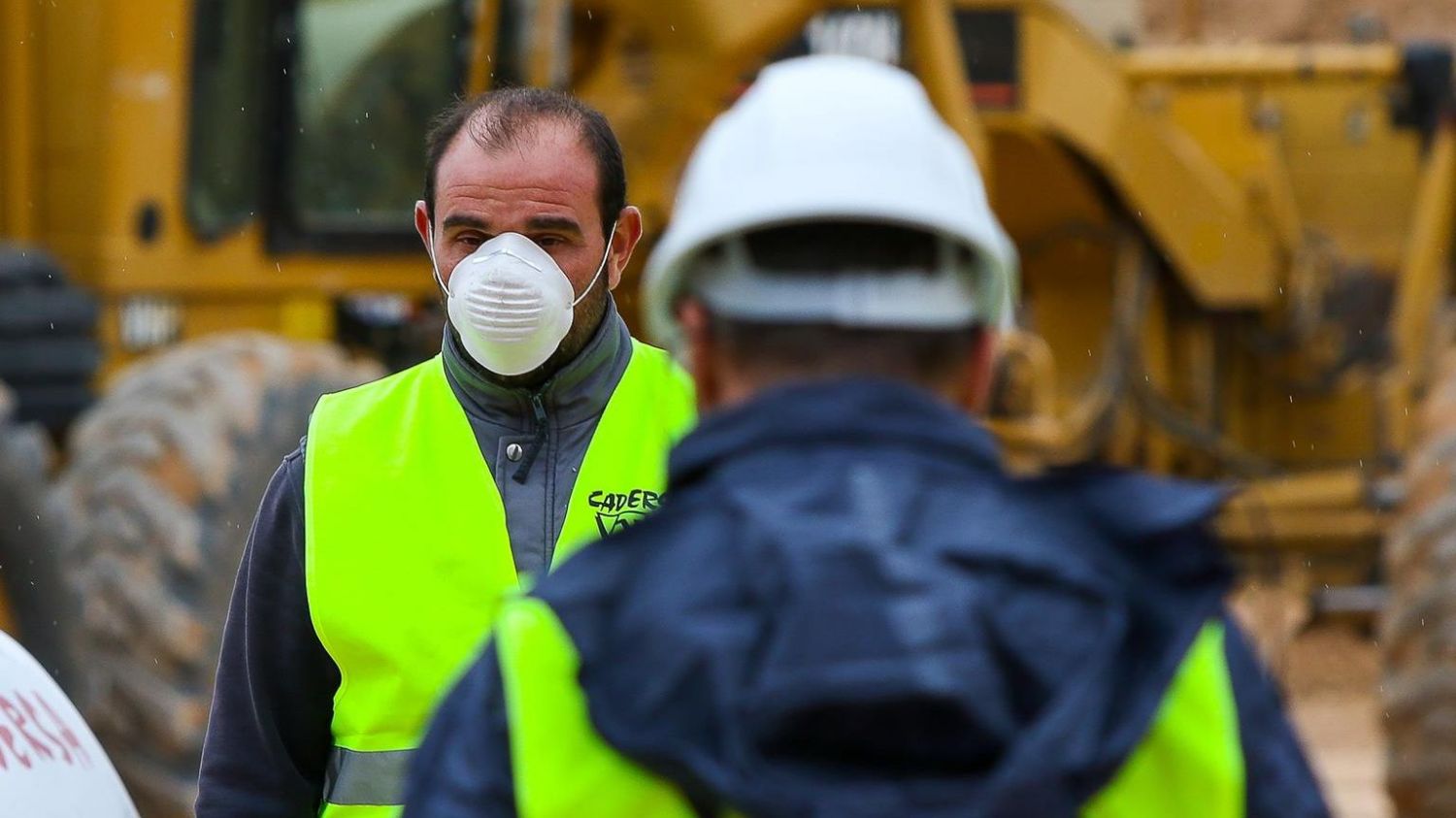 The Spanish government has decided to continue "non-essential" economic activity as of last week, disregarding the scientific opinion of expert epidemiologists as well as the sentiment of most of the affected workers. The government has thus yielded to employers, condemning thousands of working families to the risk of contagion and losing loved ones.

These days we are waking up to the noise of construction sites again, as thousands of workers have had to return to the narrow spaces of their factories and offices, even though the daily number of deaths is still considerable (above 500). Although the infection rate is falling, it could come back with the opening of non-essential economic activity. All the data points to the fact that the majority of infections occur in the workplace and on public transport, especially considering the cases coming from the most industrialised area of Italy, such as the famous case of the Bergamo province.

They tell us that "the economy cannot remain in hibernation" and that the Spanish economy, like other southern European economies, would lose its competitiveness vis-à-vis the northern countries. But let's take a good look at for whom the economy can't stop: is it for the workers who have to put their health at risk, or for the capitalists who don't want to lose a single euro of their benefits? We have seen that the government has allocated millions of euros in aid to large companies and crumbs to the working class. But still, the capitalists want more and the government obeys. They do not want to give up even one more minute of exploitation of their workers, whatever the cost.

The government also tells us that "in sectors that return to work there will be a strict security protocol." However, we know that even in factories in the essential sector, employers try to evade all security protocols, hiding behind embarrassing explanations, such as in Adecco's case in Procavi, near Seville. In most plants it is impossible to maintain a safe distance, due to the structure of the production chain, as well as in many construction sites. In addition, all the FFP2 protection masks that the government says it wants to distribute to those who return to work have not yet arrived, while we know that PPE is missing from frontline health workers.

The truth is that the PSOE-UP government is unable to consistently defend the working families that gave them their trust at the ballot box. It is unable to confront the employers and is de facto complying with all of their verdicts. The factories open, but they warn us that "the confinement still stands." That is, they only shift the battle against the virus to the individual conduct of each one of us, when we know that it's not the case. You can go to work indoors and unprotected, but you cannot go for a walk in a wide open outdoor space. Keep in mind that scientific studies tell us that the vast majority of infections are caused by continued contact (more than 15 minutes) with an infected person indoors.

The conduct of the Spanish government is a mixture of misleading media propaganda, childish errors, and servitude before the capital of the IBEX 35. This should not be the behaviour of a government that claims to be on the left and a defender of working families, although it is the natural behaviour of the right and regional governments that it directs. They open up unnecessary economic activities before the contagion curve goes down, before they have protective equipment for all workers and, above all, before they have a clear plan to detect and isolate the newly infected as they do in South Korea, Taiwan and other countries. But no, they don't even let the children go for a walk in the park with one of their parents, condemning them to unnecessary psychological suffering. Their political ineptitude may condemn us to a spike in infections, thus frustrating the effort of millions of workers who have respected quarantine and social distancing rules until now. 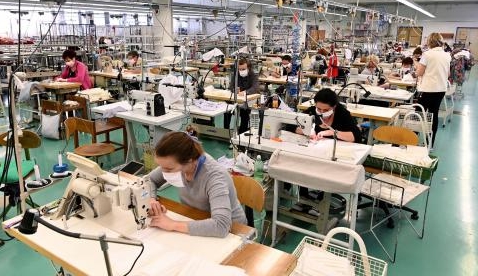 We will only defeat the virus with the direct democratic control of the factories by the workers / Image: fair use

While the government fails, the working class demonstrates its strength and capacity for organisation from below with the neighbourhood solidarity groups and above all with the efforts of the health workers whom the government calls heroes, later insulting them with a "hazard pay" of just 33.88 euros!

Starting today, unions would have to organise the response, starting by holding assemblies in the workplace to discuss the situation, to the point of calling a general strike to protect the health of working families. The example of Airbus, Michelin, and other factories at the beginning of the confinement give us a path to follow, as well as that of the US Amazon workers or the Italian FIAT workers. We do the work so we make the decisions. Therefore, the inaction that we are observing in the union leaders is not acceptable. They are obligated to organise a response. If they do not, the workers themselves must organise from below in their companies, with assemblies, resolutions and stoppages of activity to force the union leaders to declare such a general strike.

We will not win the epidemic with cars, or with planes, or with bombs, or with anything that is not necessary for the current health emergency. We will win it with the direct democratic control of the factories by the workers, to enforce safety regulations and turn the production of non-essential industries into the production of respirators, PPE, diagnostic tests, and medicine. We will win it by detecting the newly infected with massive tests and isolating them in structures where an effective quarantine can be carried out, expropriating hotels and empty apartments. We will win it by strengthening public health by reinvesting money from the military budget and applying a special tax of at least 10 percent to capitalists. We will win by guaranteeing decent and protected working conditions for health personnel, and expropriating all the private clinics that profit from the tragedies of thousands of people. We will win by promoting public research and socialising it at an international level, in order to advance without hindrance towards the detection and development of an effective treatment and a vaccine that can successfully protect us. All this implies a radical change in the economic and political system.

The market system has demonstrated its total failure in the face of the COVID-19 crisis. Thousands are dying and millions are losing their jobs, doomed to increasing misery. Only a rationally planned society in the interest of the majority can save us from the barbarism we are experiencing. Fight with us for the socialist transformation of society!