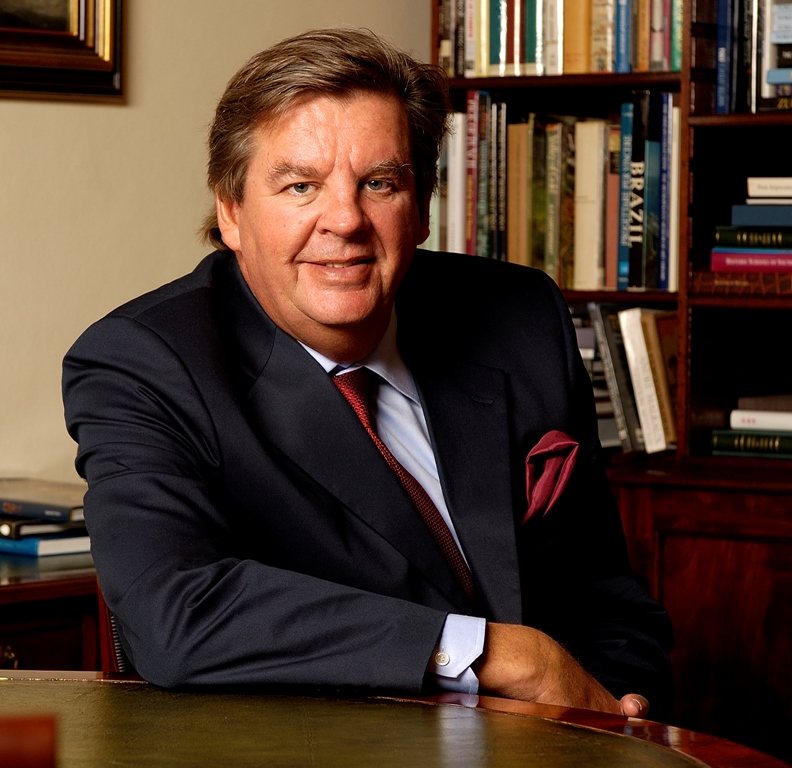 Recent comments by South Africa’s most powerful business tycoon, Johann Rupert, gives interesting and penetrating insights into the current state of mind of the bourgeoisie. Rupert is clearly very disturbed by the current state of affairs, even admitting that they are keeping him awake at night.

In a recent speech at the Financial Times Business of Luxury Summit in Monaco, a gathering for senior executives of the luxury goods industry, he said tension between the rich and the poor is set to escalate as robots and artificial intelligence fuel mass unemployment. "We cannot have 0.1 percent of 0.1 percent taking all the spoils," he said to his fellow bourgeois friends surrounded by $130 million yachts, Macallan whiskey and Almas caviar.

He proceeded to ask his audience a loaded question: "How is society going to cope with the structural unemployment and the envy, hatred and social warfare?" This shows that Rupert has a clear grasp of the crisis his system is facing. The capitalist system has long ago ceased to be a progressive system, it now staggers along at an appalling cost to society. One of the key manifestations of this is the phenomenon of organic, structural mass unemployment which in South Africa officially stands at 25 percent. Rupert understands that this is a clear recipe for class struggle, and he admits that this is giving him sleepless nights: "We are destroying the middle classes at this stage and it will affect us. It’s unfair. So that’s what keeps me awake at night."

He said that conflicts between social classes will make selling luxury goods more tricky as the rich will want to conceal their wealth. On this point, the Financial Times chipped in to give the rulers of our world some amusing advice: "Perhaps discretion will be in more demand: minimalist jewellery instead of bling; Audis instead of Ferraris; silver watches instead of gold chronometers. A yacht is hard to disguise, but it can be sailed out of sight of public beaches." But it is unclear how wealth is to be concealed in a country like South Africa where the class divisions are so glaring that they are evident to the naked eye. Rich and poor literally stare each other in the face every day and both are disgusted at what they see. Rupert concluded his speech by giving his audience some disturbing advice: "We are in for a huge change in society. Get used to it. And be prepared."

Johann Rupert knows a thing or two about "disturbing" changes in society from a bourgeois perspective. Together with the Oppenheimer family, the Ruperts were at the heart of efforts to  quell the revolutionary events of the 1980s and 1990s in South Africa, which nearly overthrew their entire system. In the end they were prepared to give all democratic rights to the masses as long as Capitalism as a whole was maintained.

Rupert knows the bourgeoisie intimately well. He is the chairman and chief executive officer of the Swiss luxury goods company Compagnie Financiere Richemont, which manufactures and sells jewellery, watches, leather goods, writing instruments, and menas and women's clothes to the richest people on Earth. Their most famous brands include Cartier, IWC International Watch Co. AG, Jaeger-LeCoultre and Montblanc. Rupert also serves as Non-Executive Chair of VenFin and Remgro Ltd.

Johann Rupert can clearly hear the alarm bells going off. A few months back, he berated South Africa’s government for failing to address corruption and electricity shortages: “The leadership of this country, quite frankly, is becoming very, very hard to defend abroad,” Rupert told Remgro’s annual general meeting in Somerset West, near Cape Town. “The people who are running the country now were not given proper education [!]. Wherever you look we have got stagnation and really worrying signs.” Of course, this is rich coming from Rupert. The corruption which he is complaining about is of the bourgeoisie’s own doing. In their endeavour to stabilise South African Capitalism after the fall of the Apartheid regime, corruption as a means of controlling the new political elite and tying them to the bourgeoisie, was one of the main tools used by the ruling class. The problem now is that this has reached epidemic proportions. In the context of a sharp rise in the class struggle, the daily revelations about corruption which involves some of the most senior ANC leaders, including the Nkandla scandal which involves the president himself, is becoming a major cause for instability by enraging the tested South African masses.

At the same meeting in Somerset West, Rupert also had some gloomy news regarding the global economy. Asked by a shareholder about the company’s prospects, Rupert said the global economic outlook “is not looking too rosy”: "It doesn’t really matter who you listen to, whether it’s the IMF or whosoever, they are petrified,” he said. “The only way to get out of this is economic growth. I see nothing on the horizon to pull Europe out of its malaise.

These comments, by one of South Africa’s most influential bourgeois, strikingly confirms that some of the rulers of our world are deeply concerned about the state of their system. Some of them are overcome with a sense of dread and foreboding. Everywhere they look, they are confronted with a deep malaise in society. As a South African bourgeois, Johann Rupert can see nothing but trouble ahead. Recently he recalled author Ernest Hemingway’s quote that "man goes bust gradually … and then suddenly". He believes South Africa was in the gradual stage, but the "sudden stage" could come at any time. It is not exactly clear whether or not Rupert knows it, but it is actually a profound dialectical quote, although from a deeply pessimistic point of view.

Johann Rupert only sees doom and gloom. But the bourgeois has every reason to dread the future. More than two decades ago the revolutionary South African proletariat came within a hair’s breadth of overthrowing capitalism. Only the lack of a revolutionary leadership prevented them from doing so. But today, the bourgeois faces a massive dilemma: whereas the ANC leaders of the past had enormous stature and authority, today’s leaders have very little of both. It would be very difficult for the current leaders to hold the masses back once they move to change society.

The capitalist system is in the middle of its deepest crisis ever, and it is global. Together with this, come roaring revolutionary mass movements from Egypt, Turkey, Brazil and Burkina Faso. On the other hand, Marxists look to the future with enormous optimism. Where the Johann Ruperts of the world are petrified by the advance of modern technologies like robots, Marxists welcome technological advances wholeheartedly. Under Capitalism advances in technology are solely aimed at improving the rate of profit and the bottom line. But under socialism, robots and other technologies will be used solely for human advances and needs. It would be a terrible mistake to believe that the ruling class will give up their position in society without a desperate fight to the finish. They will fight, claw and scratch to keep their privileges, interests and positions as the ruling class of society.

But all of their attempts would be no match for the strength of the workers and poor once they start to move. It is not the sudden “going bust” of mankind that Ruperts is prophesising, but the doom of his own class which is terrified by its own impotence in the face of the rising class struggle.