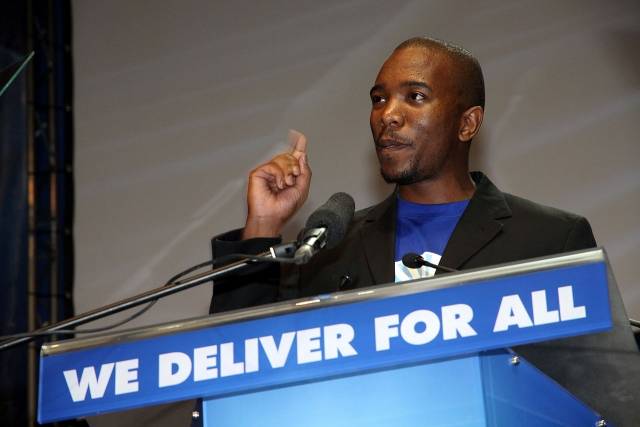 Ben Morken connects the crisis in the Democratic Alliance (DA) Party to an intensification of the class struggle in South Africa, with which the ruling class is struggling to cope.

The Democratic Alliance (DA) presents itself as a model party, free from the factional fighting and corruption scandals that have plagued the ANC. But if we look beneath the surface then a completely different picture emerges. Behind the squeaky clean facade is a house divided, and there all manner of things crawling out of the woodwork.

Just this past weekend, the DA held its provincial congress in the Western Cape. This is the only province in the country that is not governed by the ANC and that is always described as a paragon of “good governance” by the DA. This congress exposed the deep divisions in the party. In the week prior to the congress the divisions spilled into the open, with a clash between a faction led by former DA leader, Helen Zille, and another led by Cape Town mayor, Patricia de Lille. 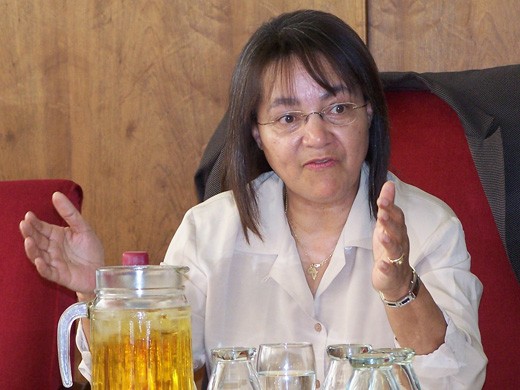 De Lille ordered the Mayoral Committee Member for Safety, Security and Social Services, JP Smith, to shut down the city’s Special Investigations Unit, allegedly because the unit has overstepped its mandate by conducting investigations into the competence of the police. The unit is even accused of involvement in the death of a councillor. Smith refused and wrote to DA leader Mmusi Maimane, hinting that the real reason why De Lille wanted to close the unit was because it uncovered a corruption scandal concerning illegal “security upgrades” involving public funds to De Lille’s private house. In a heated exchange the mayor threatened to sue Smith for defamation.

Maimane intervened by suspending both De Lille and Smith from the party’s activities pending an investigation by a sub-committee of the DA’s Federal Executive. But by suspending both from party activities, but not from the city’s administration, Maimane has inadvertently exposed the party factional nature of the clash. This split can be seen at the congress itself, where an ally of De Lille, Lennit Max, lost out to Bonginkosi Madikizela, an ally of Helen Zille. JP Smith was rewarded for his fight against De Lille by getting a position of deputy chairman. Lennit Max then threatened legal action against alleged fraud at the congress.

Max and Madikizela each have their own skeletons in the closet. Max is facing serious allegations of sexual harassment while Madikizela is fighting off a scandal involving a lavish birthday party in which the price of the cake alone was an astonishing R3000.

The contradictions in the DA

What lies behind these splits in the DA is not this or that individual but the different interests in the party. The DA is an alliance of many social layers. It is primarily a party of the liberal white bourgeoisie. This has a very small base in society and has always sought to expand the party after the “transition” of the 1990s to give a counterweight to the ANC. But the smallness of its own social weight, together the dominance of the ANC among the black masses, forced it to look to different layers. The demise of the National Party, the dominant party of the Apartheid regime, provided the DA with the opportunity to absorb the largely Afrikaner landowners as well as the Afrikaner middle-class and working-class layers into its ranks. 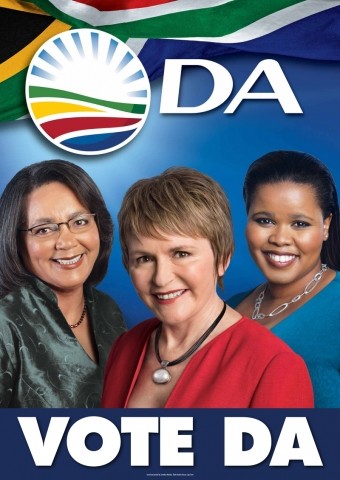 However, even the successful integration of these layers into the DA did not solve its main problem of attracting significant support from the black population. It looked to make inroads into the black vote by absorbing the Independent Democrats (ID) of Patricia de Lille, but this only gave them the regional vote of coloured people in the Western Cape. Fundamentally it did not give them a solution of attracting the support of the masses of black people.

This is actually what is behind the current split in Cape Town. The group headed by Patricia de Lille from the former Independent Democrats have come into conflict with the traditional liberal wing of the party. In an attempt to shed its image as a “white party”, the liberals are promoting black Africans like Mmusi Maimane and Bonginkosi Madikizela to leadership positions. This is causing a rift in the party because group from the ID feels that they are being squeezed out.

But there is another potentially deeper split on the horizon for the DA. The pendulum in South Africa has swung massively to the left in the last period. Large sections of the masses are now far to the left of the ANC. This is also reflected in a distorted way in the conduct of the DA. Under Mmusi Maimane, the DA has adopted a semi-demagogic approach, complete with marches, demonstrations and quasi left-wing rhetoric. This demagogy by the DA is often ridiculed but in reality it reflects the leftward drift of society and the DA’s clumsy attempt to keep up with the situation.

The social distance between the DA and the working-class masses could be seen during the protests against president Zuma earlier this year. While the DA held a few marches, it really reflected a choreographed and an elitist approach that did not resonate with masses. It was actually the protests organised by the Economic Freedom Fighters (EFF) that reflected the real mood of anger in society against the open corruption of Zuma. This reality forced Maimane to jump on the bandwagon by participating in these “anti-corruption” protests. 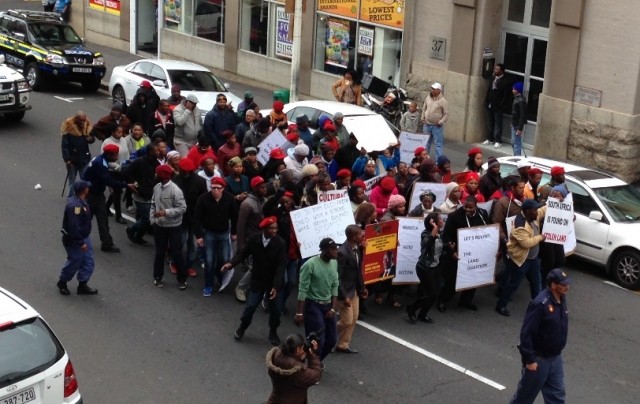 But the opportunism of Maimane is opening a potentially serious rift in the DA. By leaning on the EFF in an attempt to get the ear of the black masses, he is coming into conflict with the landowning and socially conservative Afrikaner wing of the party. The EFF’s programme of nationalisation and land expropriation directly clashes with the interests of this layer.

Earlier this year Maimane also had a serious clash with Helen Zille, the former party leader and premier of the Western Cape province about her social media comments about alleged “positive aspects” of colonialism. This comment caused outrage and sparked a serious fight in the party. Maimane, who is desperate to attract more black support to the party, went even so far as to push for Zille to be disciplined. 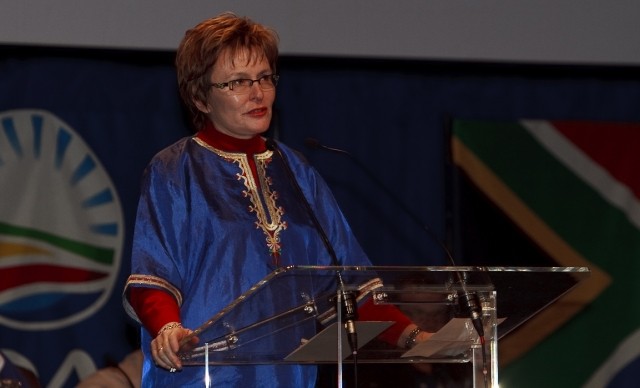 Zille represents the big bourgeois in the party. She has enormous support in the liberal ranks and is largely responsible for expanding the party base into the Afrikaner layer of the population. The matter caused serious divisions. If the disciplinary hearing had gone ahead and Zille had been removed, it could even have led to a split in the party.

After the intervention of the party bosses, the matter was settled, with Zille issuing a public apology, but she remained premier of the Western Cape. This act really exposed the weakness of Maimane in the party. He does not have a broad support base and all his moves come into conflict with different layers of the party. In the end he always has to retreat in an attempt to hold the party together. It also show that the traditional liberals are the real puppet masters in the party and are the ones calling the shots.

Earlier this year Maimane held a major policy speech at Constitutional Hill in Johannesburg. In this lofty speech he outlined his vision for “the realignment of South African politics and the road to 2019", referring to the next general elections. Maimane was very optimistic about the future of forming coalitions to unseat the ANC in 2019. 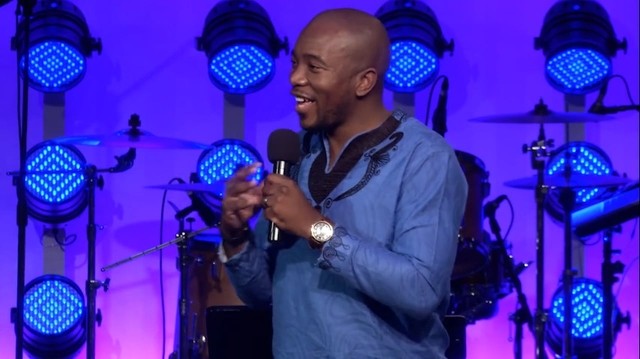 He referred to the alleged successful coalitions that have been formed after the local government elections in 2016 as a template for future success: “It's early days yet, but already the coalitions and cooperation agreements we assembled in Johannesburg, Tshwane and Nelson Mandela Bay are working and improving the lives of the poor in these cities. If we can make metro coalitions work, then we can make it work in national government too,” he said.

But before anybody could seriously reflect on this statement, the coalition government in Nelson Mandela Bay was rocked by a serious clash between the DA and the United Democratic Movement, one of its junior partners in the coalition. The clash evolved into an all-out war, with the DA relying on another small party, the Patriotic Alliance, to remove a UDM councillor as deputy mayor.

The Economic Freedom Fighters, who are not part of the coalition, responded to the DA’s “arrogance” by instructing its councillors to abscond from council meetings, meaning that the council could not form a quorum to conduct its affairs. Shortly afterwards the DA also fell out with the Patriotic Alliance. Similar problems exist in Johannesburg, with the DA major facing a no-confidence vote in that he is not certain of the vote of his coalition partners. Now all these councils are at a crossroads and the coalitions are on the brink of collapse.

This again shows how completely out of touch Maimane is with the real situation. Sooner or later his weaknesses will become a real liability to the real decision-makers in the party.

The fate of the ANC is completely tied to the class struggle. It is precisely the upsurge of the struggle in the previous period that has led to the fragmentation of the ANC. Part of the result of this process over the last decade is that large sections of the working class masses now find themselves outside of the traditional congress movement. 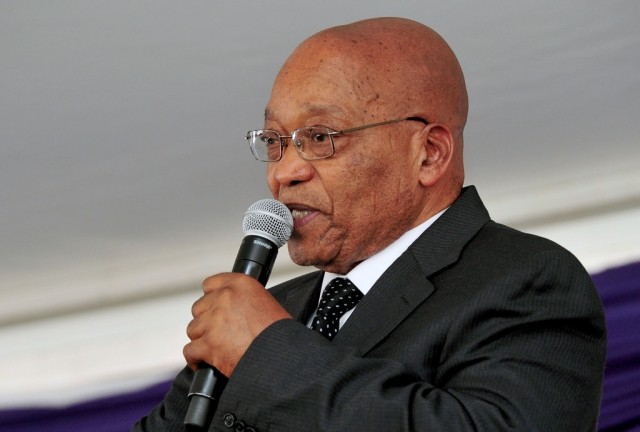 The crisis of the ANC presents a serious crisis for the bourgeoisie. Two months ahead of its 54th National Congress, the ANC is engaged in an open civil war. In the last analysis, this is the result of 23 years of rule on a capitalist basis. During this period the leadership of the former liberation movement has been absorbed into the ruling class and a small number became bourgeois themselves. This has opened up serious class antagonisms and the fragmentation of the party, first along class lines, but also between rival bourgeois factions.

The party is riddled with scandals and infighting. The result is the massive collapse in the moral and political authority of the ANC. We have already seen how the support for the ANC during the 2016 local government elections has collapsed in the metropolitan areas.

Normally under these conditions the ruling class would look to shift power away from the discredited incumbent party to a second party that would continue with the same bourgeois policies. But as we have seen, the crisis of 2008 has led to the crisis of the traditional parties on a global scale. The crisis of the ANC is part of this process.

But in South Africa the bourgeoisie has the additional problem that their own party, the DA, is discredited among the masses before it has even began to think of coming to power. The history of the class struggle together with the capitalist crisis and the swing to the left further complicates the situation for the bourgeoisie, which has led to all kind of splits in the party.

The troubles of the DA are in reality a confirmation of the extremely favourable balance of forces for the working-class. The real processes that will determine the fate of the class struggle in South Africa over the coming period depend on what happens to the left of the ANC. The emergence of the EFF, the New Labour Federation, SAFTU and the student movement over the last two years are all anticipations of the revolutionary developments that are to come.