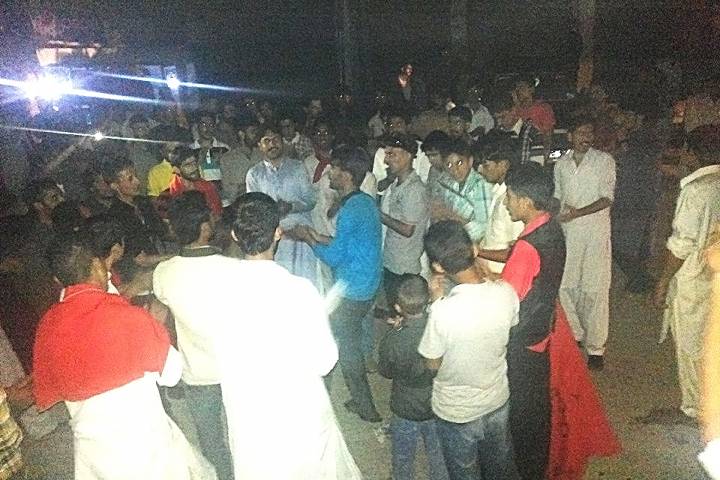 The JKNSF organised protests rallies in many cities of Kashmir in solidarity with Palestinians and against the imperialist aggression in Gaza which has killed hundreds of innocent citizens.

Editorial: The publication of a journal by the Revolutionary Socialist Union -Afghanistan, Iran and Pakistan (March 29, 2004)

A number of activists of the Iranian Revolutionary Socialists' League and the Jed-o Jahd organisation of Pakistan, as well as a section of the revolutionary socialists of Afghanistan, have recently held a series of discussions. They have reached the conclusion that to be able to provide a political response to the military occupation of Iraq and Afghanistan by the forces of imperialism, and the increased military presence of the US in Pakistan under the guise of the “war against terrorism”; they should publish a joint paper. 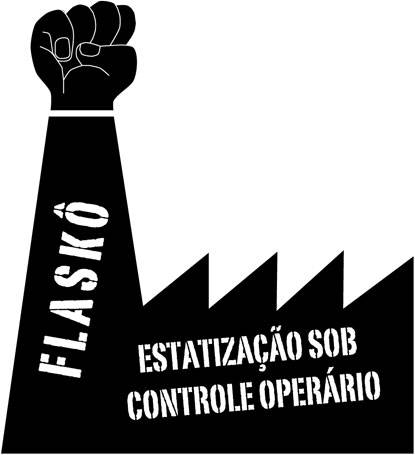 The Flasko factory which has been occupied and run under workers’ control needs your help. For eleven years this factory has been run without bosses and under the control of the workers. Now they are waging a struggle to have the factory officially nationalised under workers’ control. Flasko needs 10,000 signatures by June 17 to force a public hearing in the Brazilian Senate to discuss their proposal of expropriation of the occupied factory. Please sign using the link below to help the comrades reach this target. 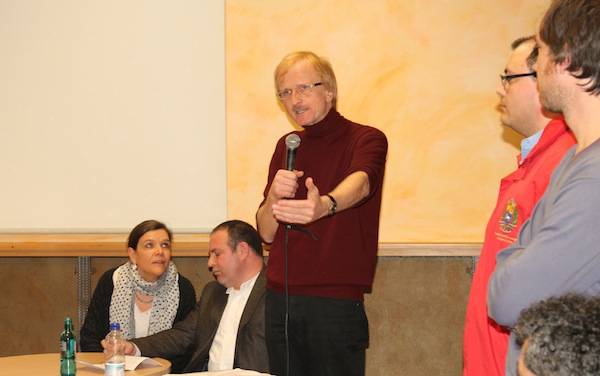 "Hands off the Revolution in Venezuela" was the title of a public meeting in the city of Wiesbaden organised by the local neighbourhood branch of DIE LINKE (Left Party) Wiesbaden-Westend, Hands off Venezuela (HOV) in Germany and Der Funke editorial board on March 28, 2014. The speakers invited were Jimmy Chediak, Venezuelan Consul General in Frankfurt, and Hans-Gerd Öfinger from HOV in Germany.

In the run up to the December 8 municipal elections the campaign of speculation, hoarding, profiteering, overpricing and sabotage of the economy has intensified. The Venezuelan government of President Maduro has denounced that there is a “slow motion coup” being implemented. The year on year inflation rate has reached 74% and the scarcity index is at a record level of 22%. 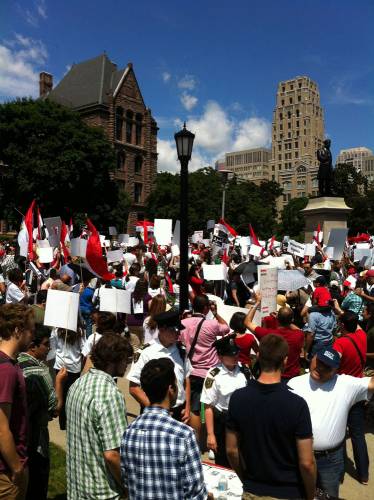 On Sunday, 30th June, approximately 400 demonstrators came together at Queen’s Park in Toronto to rally in solidarity with mass protests in Egypt against President Morsi of the Muslim Brotherhood. Hostility towards Morsi was apparent at the rally, as chants and signs depicted the deep resentment that Egyptians have for the current government.

On Tuesday 11th June, Socialist Appeal and the Marxist Societies of SOAS and UCL organised a meeting at SOAS (the School of Oriental and African Studies), London, to discuss the current political situation and mass movement in Turkey. This followed on from the daily protests that were held in Trafalgar Square over the past week to show support for the Turkish demonstrators. 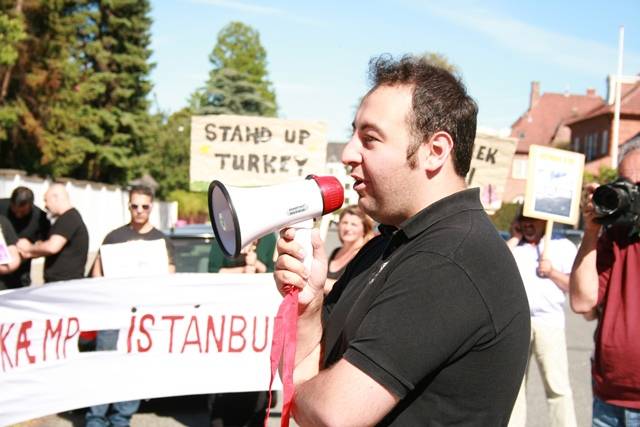 On Monday, June 10th, 100 people gathered in front of the Turkish embassy in Copenhagen to show their support for the mass movement in Turkey and protest against brutal repression from the Turkish government. In the demonstration we saw the same phenomena as we see in the Turkish mass movement, that it cuts across all kinds of divisions. There were Turks and Kurds, Iraqis and Iranians, Danes and other nationalities.

On Saturday 8th of June, a rally was organised in Trafalgar Square by the Turkish community of London in solidarity with the revolutionary process that is currently taking place in Turkey. This was part of a series of smaller rallies that were called every day this past week. Comrades from Socialist Appeal have participated throughout the week.

As in many other Austrian cities (Vienna, Bregenz, Graz, Innsbruck, Salzburg) there was also a demonstration in Linz in solidarity with the mass movement against the Turkish goverment of Erdogan and against the heavy handed crackdown of the police. Over 1,000 people attended this very boisterous and militant demo through Austria's third biggest town on Saturday, June 8. It was organised by different Turkish, Kurdish and Alevi left-wing organisations and cultural groups. 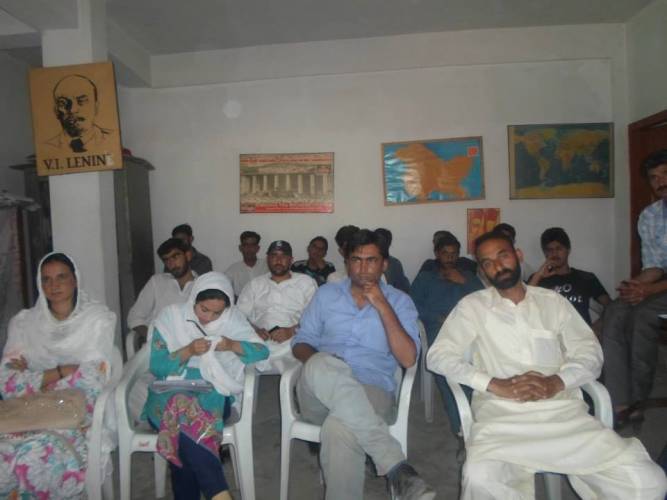 A meeting and demonstration in solidarity with the revolutionary movement in Turkey was held in Rawlakot, Kashmir at the office of Pakistan Trade Union Defence Campaign (PTUDC). 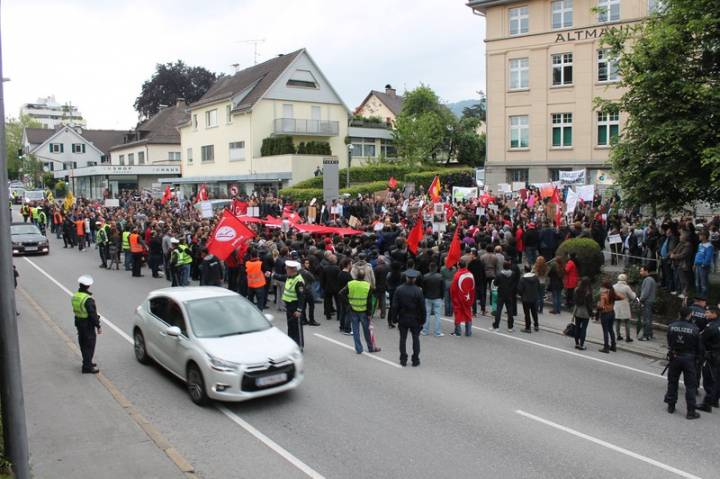 After the big eruption of anger in Turkey, also the big Turkish Diaspora in Austria has been shaken to the core. Especially in the small region of Vorarlberg this was very visible in the last few days.