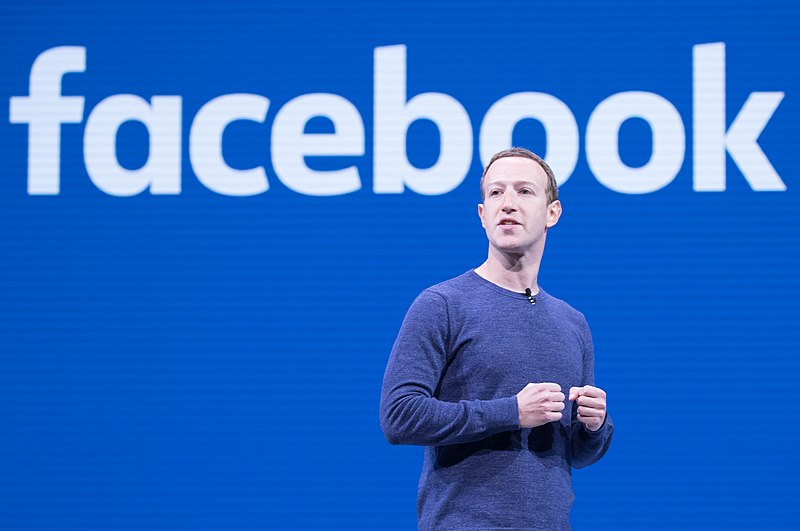 The censorship of social media accounts of left-wing groups has continued, with Facebook recently removing and restricting US anarchist and antifascist pages. This is part of a pattern, which has seen similar moves by other social media platforms. These purges demonstrate whose side these huge corporations stand on, and why we must fight for public control and ownership of social media.

Accounts that have been removed include It’s Going Down, the CrimethInc Ex-Workers Collective, the Pacific Northwest Youth Liberation Front, and Enough is Enough. Facebook have themselves suggested that almost 1000 groups and over 500 pages have been taken down. A large number of hashtags and accounts have additionally had restrictions placed on them.

Simultaneously, around 800 groups and 100 pages linked to the far-right conspiracy theory QAnon were restricted or removed. This is part of a policy change which Facebook have claimed targets “growing movements that, while not directly organizing violence, have celebrated violent acts, shown that they have weapons and suggest they will use them, or have individual followers with patterns of violent behaviour” while including those “that have demonstrated significant risks to public safety but do not meet the rigorous criteria to be designated as a dangerous organization”.

With the very vague “individual followers with patterns of violent behaviour” criteria, it is clear that this policy will allow, and is allowing, Facebook to censor pages due to their political views, not “threats of violence”. It also demonstrates why we cannot rely on the ruling class to allow free speech when a threat to their system exists.

Coincidentally or not, this attack on antifascist and anarchist groups comes at the same time as public attacks by the ruling class in the US have intensified. Donald Trump has recently equated thugs terrorising communities with groups organising to try to prevent them, and this is the same tactic followed by Facebook. That is, they equate fascists with anti-fascists. It is probably best described as absurd to suggest that those attempting to physically oppose groups which have committed numerous acts of terrorism are in some way the same as those actually carrying out the acts!

This should not come as a surprise, with Trump attempting to solidify his support among the most backward layers ahead of the US presidential election. This copy-cat move by Facebook seeks to not only deflect the blame for violence away from the far-right reactionary thugs responsible, but also to try to discredit any movement that may threaten the capitalist system.

This is far from the first time that social media companies have taken action against left wing accounts. In January, numerous Twitter accounts linked to the Venezuelan government were suspended without warning. This was extended to supporters of the Bolivarian revolution, including the IMT’s own Lucha de Clases account.

In just the last month, the account of Cuban newspaper Juventud Rebelde was suspended by Twitter, and YouTube closed accounts of TV channels in Venezuela and Cuba.

These are just some examples, and don't include action taken against individual posts, pictures and videos. As an example, activists have reported having posts deleted for attempting to blame the capitalist system for the Coronavirus crisis, on the grounds that it was fake news!

It should also be pointed out that the rules are not applied equally, with an example being the recent refusal to ban Indian politician T. Raja Singh. Singh, a leading member of Modi’s government, has consistently posted Islamophobic comments, even going as far as calling for Muslims to be shot. Facebook themselves have recognised that this violates their hate speech rules, but have refused to delete his account to avoid threatening their business interests in India. The same is true for several other prominent members of Modi’s BJP party who have stirred up hatred against Muslims. It is clear that Facebook has no interest in “preventing violence”, but is purely enforcing rules for their own interests, and that of the US ruling class.

The power that social media companies have should not be underestimated. It is estimated that half of the world’s population have at least one social media account. Facebook has 2.6 billion users, YouTube 2 billion, Instagram 1.1 billion, and Twitter 326 million. With such large coverage, social media platforms hold immense power over free speech. The importance of this has been shown in recent years, with organisation over social media playing a role in the Arab Spring and other recent movements.

Furthermore, polls have suggested that 50% of adults get news from social media rather than traditional newspapers and TV news. Social media should be a powerful tool for mass engagement and free speech, but its private ownership prevents this.

The social media platforms are big business in their own right. Facebook’s revenue is almost $60 billion per year, YouTube’s is $20 billion, and Instagram’s and Twitter’s are over $3 billion. Facebook founder and CEO Mark Zuckerberg is one of the richest individuals in the World, and it is owned, along with the other social media companies, by rich investors through the stock market.

It is for this reason, and not for any reason of ‘bad behaviour’ by the social media platforms, that the censorship is taking place. It is not in their interest to allow views that may threaten the capitalist system, so it is in their interest to remove them. This is similar to how the media is privately owned, to ensure that the views given a platform are only those which do not threaten capitalism.

These platforms are not politically neutral, even if they provide tools for all kinds of left-wing organisations. Facebook allowed right-wingers like Bannon and Mercer, in Cambridge Analytica, to use Facebook users' personal data to target racist and inflammatory adverts to what they perceived to be susceptible audiences in elections all over the world. This was probably just the tip of the Iceberg, and was revealed because the antics of Mercer & Co were going against the interest of another wing of the ruling class. Snowden’s revelations showed the far-reaching access that US intelligence services and their partners have to data, and they are undoubtedly using it in much the same way.

We cannot rely on the capitalist state and private companies to prevent fascists and racists from organising or promoting their views. In reality, when it suits them, they will let those very same people have a free reign, whether it be Stephen Bannon or Raja Singh. Ultimately, only the labour movement and the working class can prevent far-right organisation.

We stand in full solidarity with the left-wing groups which have been censored, and stand against any attempt by the ruling class to prevent left wing organisation. The only way to ensure free speech is to fight for working class ownership and control over the printed media and the social media platforms. With publicly-owned media and social media, we could ensure an equal platform for working class views, and not simply for the tiny minority in the ruling class.

The ruling class may allow ‘free speech’ when there is little threat to their position, but history shows that they will not hesitate to act when there is. The radicalisation due to the Black Lives Matter movement represents one such threat, and it is for this reason that militant sections of the working class are facing censorship.