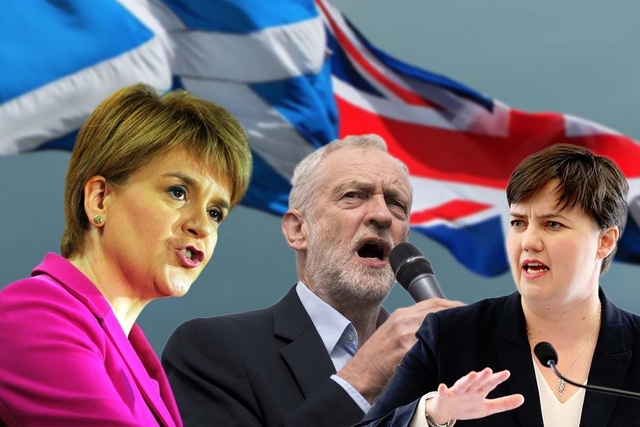 “With the rise of Corbyn, the SNP government needed to move to the left. Given the actual rise of a Frankenstein Tory right in Scotland, we were hardly risking anything. Besides, this morning we might have been celebrating a Corbyn government backed by the votes of nearly 59 SNP MPs.” - SNP MP, George Kerevan

Former SNP MP, George Kerevan, one of the 21 to lose their seat, criticises the SNP campaign. He’s not the only one. Green Party co-leader Maggie Chapman said, “What the SNP has failed to do in the last couple of years is articulate a clear left vision for Scotland”. Meanwhile, Robin McAlpine, the Common Weal director, has stated that, “A big chunk of what happened here is that precisely the group who gave the SNP its big majority in 2015, have been looking for that Indyref spirit, and failing to find it in the SNP they have found it in Corbyn”.

SSP co-spokesperson Colin Fox called for a re-invigorated YES movement, emphasising that the support for independence is bigger than that for the SNP, whilst RIC co-founder, Jonathan Shafi, said, “The vote for radical politics that hit the SNP should at the same time give confidence to the SNP left to take bold action. Let’s turn everything to the left. That is only way to combat the Scottish Tories, around whom the unionist vote is re-organising.” 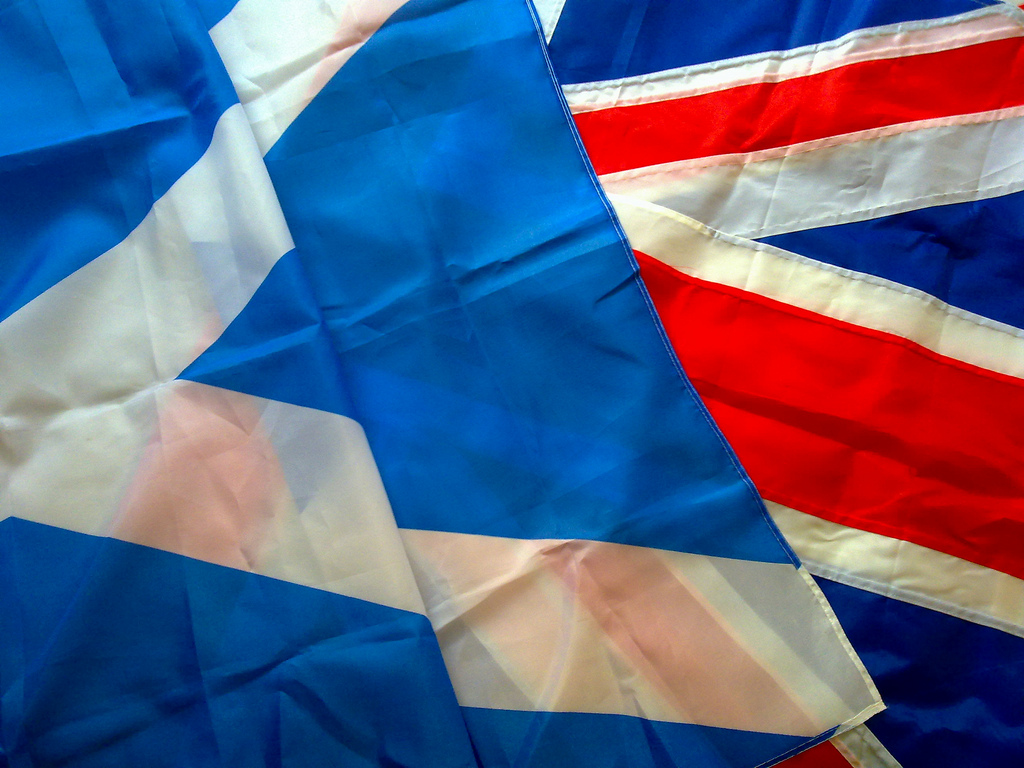 Photo: The Laird of OldhamHigh profile SNP MSPs, such as Kenny MacAskill and Alex Neil, along with former depute leader Jim Sillars, were also very critical. MacAskill said Sturgeon should take some responsibility for the SNP’s performance as she had “centralised control of the party” and “Changes are needed in how the party is run and a more radical position needs taken on policy.” Alex Neil criticised the emphasis on Indyref2, saying it was too soon, and called for a radical vision of an independent Scotland, whilst Sillars put much of the blame on Sturgeon’s linking of independence with EU membership. Even Alex Salmond credited Corbyn’s left campaign with winning otherwise SNP voters.

It is clear from this that the SNP’s honeymoon period is over. Whilst there has always been difference and debate in the SNP, even in the recent years, it has usually done well to portray itself as a harmonious unified party with a loyal membership and support. Now, the seemingly blank cheque the SNP leadership has enjoyed over the last two years is gone. This has big implications for politics and class struggle in Scotland.

These events themselves should not come as a surprise. Nationalist parties always eventually express divisions along class lines, and much of the criticism (although not all, to be sure) has been clearly from the left. Corbyn’s inspirational campaign has put the SNP in a position where for the first time in over a decade they cannot easily outflank Labour to the left.

When a plan for Indyref2 was proposed by Sturgeon earlier this year it didn’t create the desired excitement. Theresa May’s refusal, although largely opposed, was not met with widespread anger and protests and it clearly wasn’t enough to propel the SNP through the election campaign. It was likely a realisation of this which lead to the unclear message made during the campaign. Many have criticised the timing, and it may well have been too soon.

What was more important, however, was the uninspiring focus on Scottish independence being linked to EU membership. Whilst many class conscious workers are rightly worried and repulsed by the idea of “hard Brexit”, it wasn’t opposition to this which inspired the huge movement around Corbyn. Instead it was opposition to austerity, imperialist foreign policy, and the rotten British establishment, which got millions engaged. Sturgeon knows this. These are the same things which fuelled the 2014 YES campaign and the subsequent mass shift to the SNP.

Sturgeon and the SNP leaders around her have been keen to emphasise their loyalty to the EU and the single market in order to show that they will be a safe pair of hands for Scottish capitalism if Scotland goes independent. The large corporate influence at the 2016 conference was a sign that the capitalist class saw independence as more likely than before; and although they mostly prefer not to split away, they saw the need to exert influence on an independent Scotland’s potential future leaders.

SNP: go left or go under

As left-wing Edinburgh East SNP MP Tommy Sheppard said in his depute leadership campaign, “If we yield to a tax haven dream to win over a few bankers from the city of Edinburgh, then we will lose the argument and the people we really need to enthuse.” As he also said after the election, “we need to win these (Labour) voters back and we might not have time to do it”.

The SNP still dominate - but it is clear they cannot dominate forever without fundamental changes. The huge shift in 2015 towards the party from 6 to 56 seats, followed by the dramatic loss of 21 seats in this election, is symptomatic of the turbulent period we are living in on a world scale. The capitalist crisis has caused a political crisis and elections are no longer to be the dreary predictable affairs they used to be. The instability at Westminster means there may even be another even more dramatic election this year and the party doesn’t have long to sort itself out.

Sturgeon has not learned these lessons and has continued to focus on the EU and the single market by going to London to campaign against continuing the Brexit negotiations. The election of business owner Ian Blackford - who once called for 0% capital gains tax - as parliamentary leader is another step in the wrong direction.

MPs have anonymously expressed concern and even anger at the results in an article in The National. Some of the conclusions in this article made sense, such as the need to invigorate the membership, but other conclusions were confused and showed too much concern for losing seats to the Tories, implying that the party needs to be more conservative to succeed. In reality this would spell disaster for the party.

In recent years it has become less of a party of the Highlands and more of a party of the Central Belt. Its membership is further to the left, as seen at conferences over the last three years. The majority joined on the back of the 2014 referendum campaign and brought with them class conscious ideas. The SNP trade union group has around 16,000 members, most of whom also joined over the last two years. Trade union and SNP leaders often share platforms at each others conferences.

There are popular left figures in the party such as Mhairi Black and Tommy Sheppard. Tommy Sheppard even had a chance of replacing Angus Robertson as parliamentary leader but dropped out before the vote stating that he did not have the support amongst MPs. This could be true, but begs the question: why didn’t he try? It's very possible that he was pressured into pulling out. Regardless, left voices such as this, as long as they remain firmly on the left, will gain more of an ear and more influence within the party.

It has been suggested that Labour will now recover in Scotland; that Corbyn’s inspiring movement in time will gain influence north of the border; that eventually it will break the clutches of the right-wing unionist-dominated Scottish Labour and regain trust amongst the working classes. In order for this to happen, the SNP would have to lose its dominance, authority and trust. The ball is still very much within the SNP’s court. However, it cannot stay a “broad church” and at the same time continue to dominate. Time is running out.

The complex question of when to call a referendum is ever-present and subject to much debate. Just now would be a bad time. The current trajectory could see a Corbyn-led Labour propelled into government in the near future by a mass movement. This would eat into the immediate desire for independence amongst Scotland’s most class conscious workers and youth - and for good reason. Instead of separating, the role of the Scottish working classes would be to assist this government in every way possible.

As the recent experiences of Tsipras and Syriza in Greece showed, a left Labour government would come up against a savage and powerful campaign from the ruling class, both in Britain and internationally; not to mention challenges to Corbyn from the right within his party. The role of trade unionists and the left, in and outside the SNP, would be to lead mass campaigns, pressure Scotland’s MPs to support this movement, and when necessary strike in active solidarity.

If a Tory government (particularly one supported by the DUP) were to rule for long enough to provoke mass active opposition in Scotland along the lines of independence, however, it would be foolish not to call for a referendum. The role of the left in this case would be to campaign for a Scottish Workers Republic, the abolition of capitalism in Scotland, and to call on the workers in the rest of these islands and the world over to join them as soon as possible in order to ensure the republic’s survival. Incidentally, the role of Corbyn’s Labour and the trade unions south of the border would be to support this movement, which would require a change in his current position.

Although the timing of another referendum isn’t a simple question, the ideas it should be based around is a simple question: those of socialism and internationalism. Thanks to the fantastic movement led by Corbyn, these ideas are back on the agenda. People will become much more critical of the SNP leadership in Scotland. We are entering a time where the ideas of revolutionary Marxism will be much more palatable - where the revolutionary organisation that the workers of Scotland and beyond need and deserve can be built.