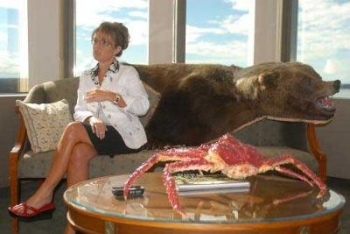 Many in the US corporate media have hailed “progressive” the choice of Sarah Palin by John McCain as his vice presidential running mate. Women workers are being told that they “finally have someone to vote for!” But even the most cursory glance at Palin’s politics is enough to show that she stands for big business interests, and is only using the gender question as a fig leaf.

The selection of Sarah Palin by John McCain as his vice presidential running mate is perhaps one of the sharpest expressions of the decrepit and cynical outlook of the U.S. ruling class. Many in the corporate media have hailed the choice as “progressive.” Barack Obama called her a “terrific candidate.” Hillary Clinton sang this tune as well saying, “We should all be proud of Governor Sarah Palin’s historic nomination.”

However, even the most cursory glance at Palin’s politics is enough to turn your stomach. And yet women workers are being told that they “finally have someone to vote for!” Using a few select and privileged figures as stand-ins for oppressed layers in society has been a major component of this year’s campaign. Instead of debating ideas and opening a real discussion of how to solve the problems facing working people, race and gender have taken center stage and could well decide the election.

The capitalist class understands that in order to maintain their rule they must appear “with the times” so as not to reveal that capitalism, as the present expression of class society, is itself the basis of racism and sexism. Under pressure from below, the capitalists have been forced to appeal to layers of society that historically have largely been without a voice: women and Blacks in particular.

But for Marxists, it is the class interests represented by a candidate that determines our approach. Whether they are male or female, White or Black, none of these candidates represent a challenge to the capitalist system. On the contrary, they are scrambling to prove their allegiance to the system.

Over the last few decades, there have been important gains made by U.S. women in the way of democratic rights. For example, in 1973, the right to abortion was nationally recognized. However, this basic right has been under attack ever since. Palin’s “total” opposition to abortion shows just how much interest she has in advancing the interests of women workers.

The increased need for labor during WWII drew women into industry at a colossal rate. This naturally led to greater participation by women in the labor movement, breaking down many gender barriers. By 1950, women workers made up 30 percent of the workforce and today women make up 46 percent and are well-represented in the unions. 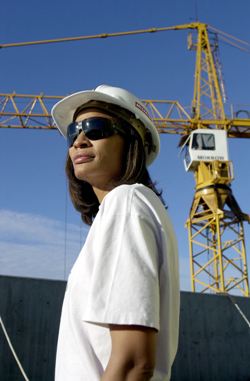 However, despite these advances, women in the U.S. still suffer from glaring economic inequality – not to mention all the social and other inequalities. For example, according to Institute for Women’s Policy Research in Washington, D.C., white women earn 73 cents for every dollar earned by a white male; Asian women earn 68 cents; African-American women, 64 cents; Native American women, 58 cents, and Latina women, just 51 cents.

The United Auto Workers reports that, “An average woman who works full time will earn over $400,000 less than the average man over her working life.” This is nearly double the cost of an average house! This inequality extends to benefits as well, as retired women are only about half as likely as retired men to receive income from a pension. And when women do receive pensions, those pensions are generally lower, because they are typically based on earnings, which as we have seen are generally lower.

Additionally, women workers, who are paid less, often have to raise children alone. There are nearly 10 million single mothers in the U.S. today, 60 percent of whom returned to work one year after giving birth, up 21 percent from 1980. The vast majority of single mothers, 7.7 million, maintain their own household. All on lower wages! In addition, the Consumer Federation of America found that “women were 32 percent more likely to receive sub-prime loans then men.” So much for “women and children first,” except when it comes to cuts in quality of life!

There have been laws on the books to prevent much of this inequality for decades. Obama has hinted that we would actually enforce these, but given the crisis of capitalism and his commitment to save the system at the expense of workers, he will be quick to find a way to excuse himself from this. The fact is, capitalism benefits from paying a layer of the working class less based on some “difference,” be it gender, race, or nationality. 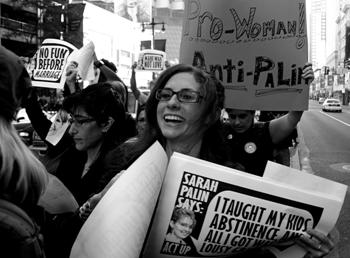 We must break from the Palins, Clintons, Rices and Obamas of the world and look to our own class for a way out of the crisis. Workers, regardless of gender, race, etc. have more in common with each other than a female worker does with a female capitalist. This is why we call for a mass party of labor based on the unions, to represent our interests. The WIL supports the McKinney-Clemente campaign not because they are women, but because they raise many important issues and represent a break with the two party system.

The struggle for socialism is the only real and lasting solution to the scourge of sexism, racism, and all forms of discrimination. When the united working class takes control of the vast wealth of society and democratically runs the economy in the interests of all, we will be able to consign these things to the dustbin of history. We recommend Frederick Engels’ work The Origin of Family, Private Property and the State as an excellent starting point to understanding the history of classes, the state and the use of discrimination to divide and dominate the working class.