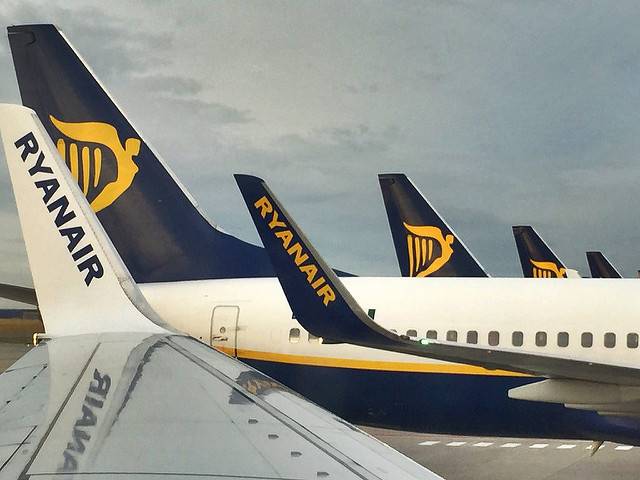 Budget airline Ryanair recently announced the cancellation of nearly 2,000 flights over the next 5-6 weeks, accounting for 40 to 50 flights a day. Officially, the company blames various delays, air traffic control strikes in France, weather conditions and a modified holiday schedule of pilots and cabin crew. However, this is all a smoke screen.

The real reason is years of mismanagement and intimidation of its staff. This has led to a massive exodus of its pilots, who are seeking better working conditions elsewhere. Not only are the company’s pilots fed up, but according to our sources key figures in crewing (staff in charge of planning the work rosters) have also left. Chief Pilot Ray Conway, one of Ryanair’s most longstanding figures with almost 30 years of service, has also offered his resignation.

What is going on? It is true that Ryanair was asked by the Irish Aviation Authority to align its leave calendar of next year with the normal calendar year. It therefore had to schedule the built-up holiday reserves of many pilots by the end of 2017. However, this is a half-baked explanation, as was initially made clear by IALPA, the Irish Air Line Pilots' Association. The full technical explanation was available on its website but has since disappeared after Ryanair threatened legal action against the union. The statement can still be accessed here and it is sufficient to quote the conclusion:

In explaining the ongoing significant level of flight cancellations, Ryanair have claimed that they arise because of the need to allocate leave to pilots in the 7 months from the old “calendar year” date of April Fool’s day, before transitioning to the normal date of January 1st. This seems a strange and unsustainable explanation as there is no EASA [European Aviation Safety Agency] requirement related to leave in the FTL regulations [Flight Time Limitations]. It is equally implausible as they had at least two seasons notice of the new regulations in which to put their house in order.

A separate point of note is Ryanair saying that the problem will last for about six weeks. This conveniently brings them to the winter schedule with its reduced overall crewing requirement, which is further evidence of the real problem being a shortage of flight crew.

The Irish pilot union showed with facts and figures that there is a true exodus of pilots, 700 in the past financial year. Why would you continue to work for a company where as an "employee" you have virtually no rights and no permanent contract?

It is no secret any more that most of Ryanair's pilots do not work directly for the company themselves, but are "self-employed". It works like this: as a pilot, you are appointed as one of the directors of an Irish company, a so-called limited. The company also has a number of other directors as well as pilots. This company and the pilot conclude a contract with a British mediator, usually Brookfield Aviation. This mediator gets assignments from Ryanair and hires the pilot through the company where he/she is a director. Ryanair pays the mediator, who in turn pays the Irish company through an Irish accountant, where the pilot is one of the directors.

Otjan de Bruijn, board member of the Dutch pilot union VNV, stated in the magazine Trouw:

The employment relationship is so complex in order to prevent pilots from being seen as employees. Ryanair does this to keep labour costs as low as possible. By pretending that their pilots are entrepreneurs, they do not have to pay them any sick pay. They also do not pay any other employer's expenses, such as pension premiums. And it allows Ryanair to pay as little tax as possible. (February 25, 2017)

This is very similar to what has been happening in the building industry and nowadays also many other industries: fake self-employment. In reality, the pilots are very much wage workers because they can only fly for Ryanair and are also rostered like pilots with permanent contracts.

You are only paid for the hours on the roster. If there is any delay, you don’t earn anything. Often you are on standby without compensation if you are not called. There is no sick pay. The cost of your uniform and overnight accommodation comes out of your own pocket. It is all part and parcel of being a self-employed person, according to Ryanair.

Reporting sick is at your own expense and risk, and often an element of blame is involved. Anyone who has been sick for more than four days in 12 months is reprimanded. There is a material incentive not to report sick and just fly when not 100% fit. Needless to say, this can potentially compromise safety.

James Atkinson, former Ryanair captain, had this to say in The Guardian:

...the fatigue of flying for Ryanair is quite real. When I was there, I was regularly sent out of my base to fly on my days off, and without pay – to distant Ryanair bases that had a staffing shortage. I would take connecting flights and sometimes overnight layovers to arrive (hotel paid by me, and not reimbursed). Once there, I would report for duty, fly a heavy flight schedule for five consecutive days, then face the arduous journey back to my home base. If it was summer, I’d usually have only three days back at home before embarking on another such trip. It was a soul-destroying experience. (Guardian, September 20th)

This kind of abuse has been going on for years and it is refreshing to see the Ryanair workforce finally getting organised. Last week, there were three meetings in Dublin of more than 120 pilots to discuss how to proceed. This is unprecedented within Ryanair, where there is no collective body representing employees.

Michael O'Leary, the pompous CEO of Ryanair, likes to openly ridicule his pilots and pours scorn on every attempt at collective bargaining. With flight crew leaving left, right and centre, he is now very much on the ropes. Incredibly, in a display of his staggering arrogance, he only poured oil on the flames a few days ago when he stated during an annual general meeting that pilots only work 18 hours a week, a disgraceful statement given that short-haul pilots often work 50-60 duty hours per week and are consequently often suffering from fatigue.

This has now all backfired and there are rumours about a strike, even though the coordination of this without an actual trade union and a workforce spread all across Europe on different contracts would certainly not be a given. Another option being discussed and organised via social media is a “white strike” or “work to rule”, where pilots stick to the bare minimum during their working days. For example, it is stipulated in their contract that they must arrive 45 minutes before take-off, but in practice the pilots and cabin crew arrive earlier in order to depart on time. Now, they would arrive exactly 45 minutes before scheduled departure, often making it impossible for the flight to leave on time.

Letters have been circulated with demands that Ryanair management agree to offer flight crew local contracts with full employee rights under the employment law in the country where they are based. These have been met with a deafening silence from management.

Earlier this week, the US-based Allied Pilots Association was also preparing to send up to 350 US pilots to Dublin to picket the aforementioned Ryanair AGM. Due to the short notice and the complicated logistics of the operation, this did not happen. Unions and other organisations from across Europe are also now liaising closely with the pilots.

This is clearly the way forward: international solidarity. It is equally crucial, we would suggest, getting the cabin crew organised as they are treated even worse because of their weaker bargaining position. They are an important ally in this battle. Organising the various flight crews on diverse contracts and salaries is by no means an easy path to travel, but it is a very necessary and long overdue one.

One thing is clear, this can be a major turning point in European aviation. Recently, in the UK we already saw the strike of British pilots by Thomas Cook. Now we have the rumblings of industrial action in an airline employing more than 10,000 people. The historically conservative and privileged aviation industry is about to encounter some serious turbulence and is not escaping the endless cycle of capitalist crisis.