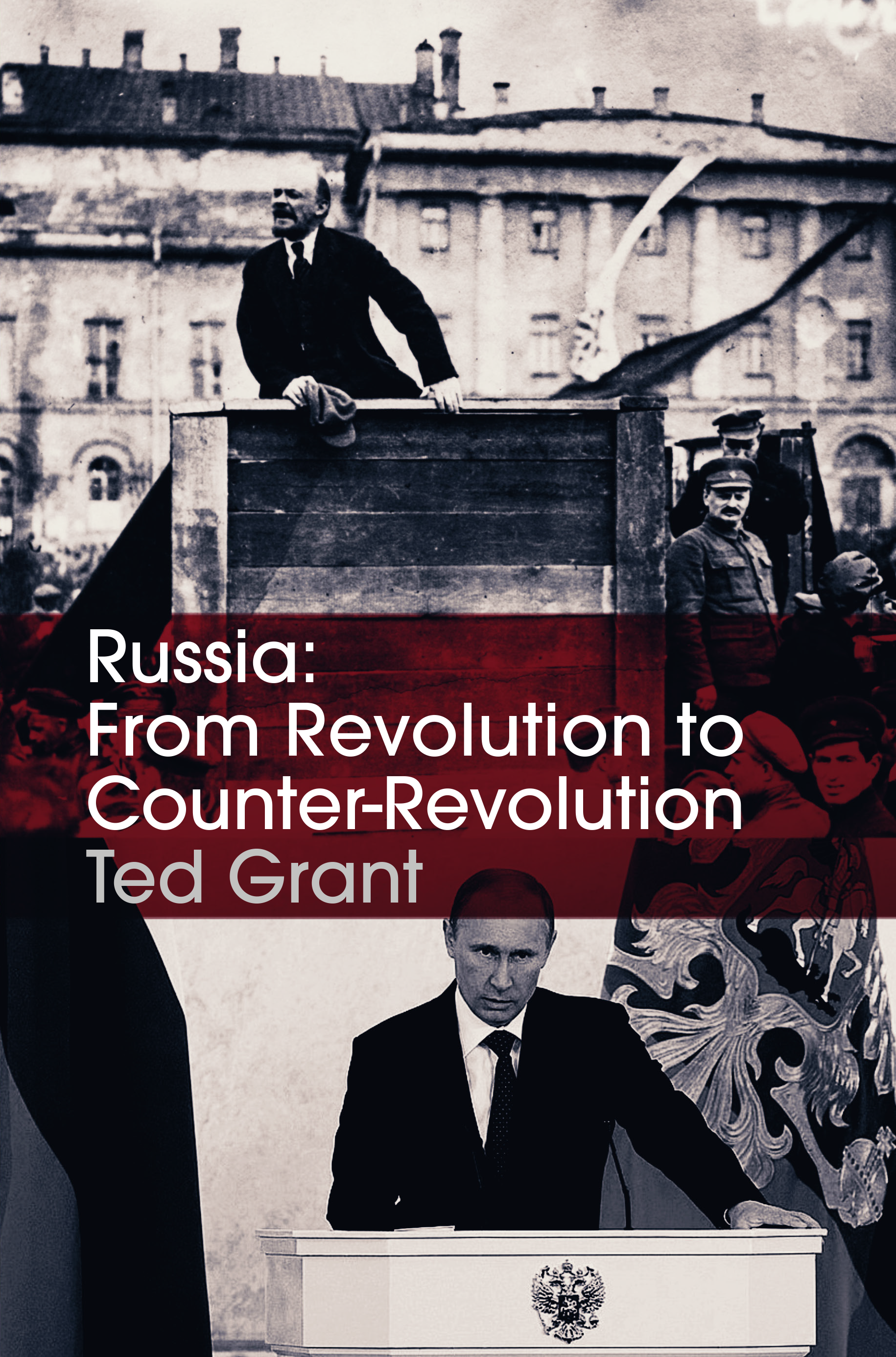 At a moment of great confusion and disorientation among broad layers of the working class and the left in general, the publication of the book Russia - from Revolution to Counter-revolution is highly opportune. This is an excellent example of the absolute validity of revolutionary Marxist thought. Despite any imperfections, gaps, and errors which might be attributed to Marxism by some, it is a fact that no other methodology or doctrine known to date possesses the necessary precision and clarity of analysis and interpretation to explain the historical events which we are witnessing, above all in the ex-Soviet Union and the other countries where a regime of state ownership of the means of production existed, but also, of course, in the capitalist states.

For more than a hundred years, the capitalists and their apologists have attempted, without success, to undermine and bury Marxism. But this incessant campaign only demonstrates its extraordinary vitality and revolutionary dynamism.

Obviously, it is difficult to imagine a better opportunity for the enemies of the working class and the defenders of the free market to associate themselves with the biggest lie of the 20th century, when Josef Vissarionivitch Djougachvili (Stalin) used the words "socialist" and "communist" to describe the degenerate and deformed workers' state, in which, as a result of the bloody Stalinist counter-revolution, state ownership of the means of production coincided with bureaucratic totalitarianism.

The present work makes one realise the extraordinary richness and profundity of dialectical materialism which captures historical and socio-economic processes in transition, enabling us to get closer to their living dynamics, and not be deceived by erratic and static images of reality. The author's deep knowledge of Marxist theory, and particularly the thoughts and works of Leon Trotsky, leap from the written page. Such a knowledge is the fruit of a long life tenaciously dedicated to the meticulous study of Marxism both in theory and in everyday practice.

Ted Grant details the great contributions made to Marxism by the Russian revolutionary Leon Trotsky - especially his meticulous analysis and interpretation of the Bonapartist bureaucratic regime of Stalinism, and shows how Trotsky's thesis set forth in The Revolution Betrayed more than half a century ago is in complete agreement with the present historical developments in the so-called socialist or ex-socialist countries. Trotsky pointed out that the fate of the Soviet Union, as a transitional state between capitalism and socialism, would be determined by the relationship of forces between the working class and the bureaucratic caste. If the latter were to continue in power, it would inevitably seek to restore capitalist order in those countries where a nationalised planned economy existed. On the other hand, if the working class were to carry out a political revolution, enabling it to take power back in its own hands, this would prevent a return to capitalism and the Soviet Union would return to the initial course of October towards real socialism with the democratic administration of a planned society, without parasitic castes.

At the present time, the future of Russia is still not decided. The coin is still spinning in the air. However, there are not many examples of lasting reversals of the historical process in modern times.

The Stalinist bureaucratic counter-revolution was like a pirate attack on the high seas; the ship of Revolution was boarded and hijacked, and the entire crew put to the sword. Stalin, the self-appointed great helmsman, together with his crew of usurpers struck out on an entirely new course, towards a sea of retreats, betrayals and the abandonment of Marxism, which later led inevitably to shipwreck.

To identify the present disintegration and chaos of the ex-Soviet Union and the total bankruptcy of the bloody, inefficient, and corrupt Stalinist regime with the end of Marxism and the socialist project, is yet another blatant falsification, which flows directly from the context of the merciless class struggle being unleashed against the exploited masses by imperialism and the tottering bureaucratic post-Stalinist regimes.

The collapse of Stalinism has not weakened Marxism in the slightest. On the contrary. It will help the Soviet working class to climb out of the thick layer of fog, confusion and political disorientation into which it has been plunged after more than seventy years of lies and historical falsifications under the bureaucratic dictatorship of Stalinism. It will not take a long time for the masses to draw the necessary conclusions. They will inevitable learn. The movement can flare up unexpectedly, like a flash fire irrupting in the midst of an immense and parched prairie, where it is whipped up by the wind. The masses will soon become convinced of the "marvels" of the free market and Mafia capitalism under the post-Stalinist bureaucracy. The working class of the ex-Soviet Union will come to understand fully the meaning and importance of the heroic struggle carried out by Leon Trotsky against the usurpers and gravediggers of the Russian Revolution and will once again take the road of genuine socialism, under the democratic administration of the working class, rejecting the one-party state and parasitic bureaucracies.

Now more than ever, Socialism or Barbarism is the great alternative which confronts the overwhelming majority of the inhabitants of the Planet.