"If the revolution threw up a large number of tireless workers who appeared to exceed the limits of human capacity, then Sverdlov must be placed in the front rank of such men."

I first met Yakov Mikhailovich immediately after my return to Russia. Before that I only knew of him from hearsay. I knew that he was a tireless fighter for social democracy, for Bolshevism, knew that he was constantly being sent to prison and into exile, whence he always escaped: whenever they caught him and put him behind bars he would escape again. At once, no matter where fate might take him, he would start organizing Bolshevik committees or cells. Sverdlov in those days was the archetypal Bolshevik underground worker. In that career he acquired two remarkable characteristics which can, I think, be learned nowhere but in an underground movement. The first was an absolutely encyclopaedic knowledge of the entire Party. He appeared to have made a complete study of every one of the tens of thousands of people who made up the Party. His memory contained something like a biographical dictionary of communism.

In every aspect of character which had a bearing on their fitness as revolutionaries Sverdlov could judge people with extraordinary accuracy and finesse. In this he was a real psychologist. He never forgot anything, he knew men’s virtues and their achievements, noticed every lapse, every inadequacy. This was the first skill that Sverdlov brought with him from underground Party work. The second was his undoubted organizing ability.

Naturally I cannot say how well Sverdlov would have shown up as an organizer of the day-to-day business of economics and politics once the revolution had turned to the gradual, prosaic realization of our ideals, but as a clandestine operator, in the intensive though limited work of a revolutionary organizer, he was magnificent. This experience clearly equipped Sverdlov well to be the author of our constitution, to make of him an impressive chairman of the CEC, combining with this the leadership of the Party secretariat. 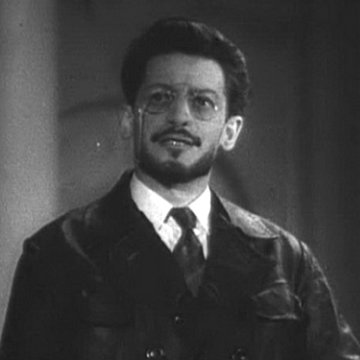 Until the July days Sverdlov formed part of the Bolshevik ‘general staff’, guiding events alongside Lenin, Zinoviev and Stalin. With the July days he was pushed into the limelight. This is not the place to expatiate on the causes or the significance of the July demonstrations of the Petrograd and Kronstadt proletariat. But it is a fact that their technical organization, once it had proved impossible to stop the demonstrations, was largely the work of Sverdlov. It was he who reviewed the gigantic parade of tens of thousands of armed men as they tramped past Kshesinskaya’s balcony [1], those who gave the marching detachments their fighting slogans.

For some strange reason, when the order was issued for the arrest of Lenin and Zinoviev and when Trotsky, myself and many more Bolsheviks and Left SRs were put in prison, Sverdlov was not arrested – although the bourgeois Press had directly indicated his leading role in what they called the ‘uprising’. At all events this made Sverdlov the effective leader of the Party at that fateful moment, the man who braced its spirit despite the defeats that it had suffered.

Yakov Mikhailovich was raised once more to the crest of history during the convening of the Constituent Assembly. He was appointed its chairman until the election of a presidium.

More than once in these ‘profiles’ I have had occasion to mention one trait which I have always admired in the leading revolutionaries – their calm, their absolute self-control at moments when to all appearances their nerves should be overstrained, when it seemed impossible to preserve an equilibrium. In Sverdlov, however, this characteristic was not only evident to a most impressive degree, but it seemed to be absolutely natural. I have always thought that both Sverdlov’s whole career and his slightly African looks proclaimed an unusually temperamental man. Although there was of course a great deal of inner fire within him, outwardly the man was quite icy. Whenever he was on the rostrum he invariably spoke in a quiet voice, he walked softly, all his gestures were slow as if he were always tacitly saying to those round him: ‘Gently, don’t hurry; this calls for self-control.’

If Moisei Solomonovich Uritsky, the commissar of the Constituent Assembly, surprised people by his calm during the days of sharp conflict between the Soviet government and the supporters of the Assembly, he appeared positively feverish by comparison with Sverdlov, outwardly so phlegmatic and inwardly so boundlessly confident.

The great majority of Communist and SR delegates were agog that day and the whole Tauride Palace was buzzing like an angry swarm: the SRs had been spreading rumours that the Bolsheviks were plotting to smash the right wing and centre of the Constituent Assembly, whilst rumours were circulating among the Bolsheviks that the SRs had resolved on desperate measures and that besides an armed demonstration – which as we know from the trial [of April 1922] was actually in preparation but which never came off – they were going to put up armed resistance to the dispersal of the Constituent Assembly and might attempt in full view of the world and with ‘the heroism typical of that party’ to assassinate some of the ‘usurpers who had brought shame on the revolution’ by their ‘seizure of the government benches by naked force!’

In fact neither the Bolsheviks nor the SRs perpetrated any such excesses and were not even contemplating them. The only difference in the behaviour of the two parties lay in the fact that the Bolsheviks had no need to resort to arms. It was enough for the sailor Zheleznyak [2] to shout, ‘Stop chattering and go home!’ The SRs in general exhibited great ‘loyalty’, which some of them later bitterly regretted as a clear sign of the cowardice which finally undermined the party’s prestige for those who still cherished some illusions about it.

It was in this nervous atmosphere when everybody had taken their seats and when the tension had reached its highest point, that the Right and the Centre were roused to demand the opening of the session. Meanwhile Sverdlov had vanished. Where was he? Some delegates began to grow uneasy. An old graybeard, chosen no doubt because he looked like the oldest member present, was already thundering from the rostrum and stretching out his arm towards the bell. The SRs decided to open the session on their own initiative, using one of the proposed elders of the Assembly. But at this moment, without haste and without quickening his step, the figure of Sverdlov emerged as though he had sprung through the floor. With his customary measured gait he advanced to the rostrum, literally disregarding the venerable SR, removed him, rang the bell and in a voice devoid of the least trace of tension he loudly and with icy calm declared the first session of the Constituent Assembly open.

I mention the details of this scene because psychologically it set the tone for the whole subsequent course of the session. From that moment onward the Left displayed absolute self-control.

The Centre, still seething, seemed to wince and shrivel under this cold douche from Sverdlov. In that chilling tone they felt at once the full steadfastness and decisiveness of the revolutionary government.

I shall not dwell on particular reminiscences of my meetings with Sverdlov nor on my work with him during the first years of the revolution, but I shall merely summarize them.

If the revolution threw up a large number of tireless workers who appeared to exceed the limits of human capacity, then Sverdlov must be placed in the front rank of such men. When he managed to eat and sleep I do not know. He was on duty night and day. Whereas Lenin and a few others provided the intellectual guidance for the revolution, between them and the masses – the Party, the Soviet government apparatus and ultimately all Russia – like a spindle on which it all revolved, like a wire transmitting it all, stood Sverdlov.

At the time, probably instinctively, he adopted a costume which visibly expressed his whole inner personality. He took to wearing leather from head to foot. Firstly he adopted it because it was convenient (he never had time to take it off for long) and secondly he established it, even then, as the commissar’s working dress. But that black suit, which shone like the coat of a well-groomed labrador, lent an even greater sense of stature, gravity and solidity to Sverdlov’s small, unemphatic figure.

The man was like a diamond, chosen for its absolute hardness to be the axis of some delicate, perpetually revolving piece of mechanism.

The man was like ice; the man was like a diamond. His moral nature, too, had a similar quality that was crystalline, cold and spiky. He was transparently free of personal ambition or any form of personal calculation to such a degree that he was somehow faceless. Nor had he any ideas. He had orthodox ideas about everything, but he was only a reflection of the general will, of general Party directives. He never originated anything but merely transmitted what he received from the Central Committee, sometimes from Lenin personally. He transmitted them, of course, clearly and well, adapting them to each concrete situation. When he spoke in public his speeches always bore an official stamp, like leading articles in an official gazette. Everything was carefully thought out; he said what was needed and no more. No sentimentality. No intellectual fireworks. In a given place such and such a statement had to be recorded: it was spoken, noted, ratified and now, he could imply, you may discuss it, make history and so on – the official framework has been laid down.

I cannot say for certain whether our diamond Sverdlov was broken by an excess of work; that is always hard to determine. I think that his doctors underestimated the strain under which a revolutionary lives. I have often heard them say: ‘Of course overstrain played a large part in his case, but the root cause of his illness lay elsewhere and would have revealed itself even under the most favourable circumstances, though perhaps somewhat later.’ I think they are wrong. I believe that the disease latent in his organism and the external dangers which always surrounded him combined to do him fatal harm only in conjunction with overstrain: this factor was consequently the dominant cause of the catastrophe. Sverdlov caught a cold after one of his speeches in the provinces, but because he refused to give in to it, he actually broke under the weight of the superhuman tasks that he had set himself. For this reason, although unlike some revolutionaries he did not die on the field of battle, we are right to see him as a man who gave his life to the cause he served.

His best epitaph was Lenin’s: “Such men are indispensable. To replace him we need a whole squad of others."

1. Headquarters of the Bolshevik Party in Petrograd, named after the ballerina Kshesinskaya who once inhabited it.

2. A soldier who commanded the guards of Tauride Palace (where the Constituent Assembly convened). After the Assembly refused to recognise the Soviet government, by Lenin’s order Zheleznyak called it to disband.