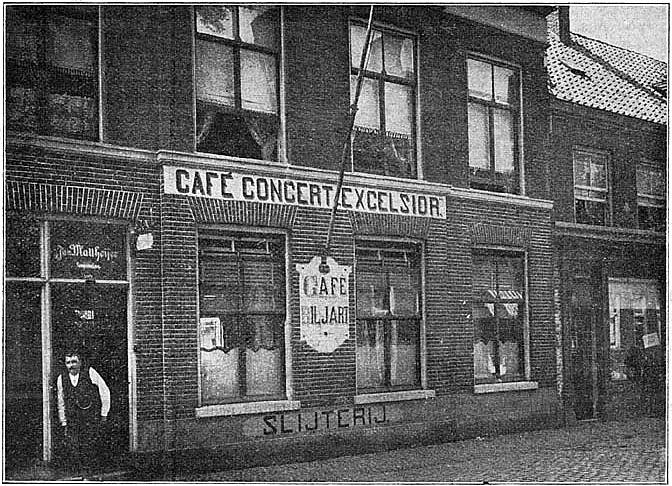 Here we provide excerpts from the Rules voted at the 1872 congress of the First International which established the powers of the General Council, which sections would be recognized and which not, i.e. expelled. There was a special section on the expulsion of Bakunin and his organization because "the secret Alliance was established with rules entirely opposed to those of the International."

Appendix: I. Resolution Relating to the General Rules

The following article which resumes the contents of Resolution IX of the Conference of London (September 1871) to be inserted in the Rules after Article 7, viz.: ‑

This constitution of the working class into a political party is indispensable in order to insure the triumph of the social revolution, and of its ultimate end, the abolition of classes.

The combination of forces which the working class has already effected by its economical struggles ought, at the same time, to serve as a lever for its struggles against the political power of landlords and capitalists.

The lords of land and the lords of capital will always use their political privileges for the defence and perpetuation of their economical monopolies, and for the enslavement of labour. The conquest of political power has therefore become the great duty of the working class.”

1. Powers of the General Council.

Articles II, 2 and 6 have been replaced by the following articles: ‑

"Article 2. ‑ The General Council is bound to execute the Congress Resolutions, and to take care that in every country the principles and the General Rules and Regulations of the International are strictly observed.

"Article 6. ‑ The General Council has also the right to suspend Branches, Sections, Federal Councils or committees, and federations of the International, till the meeting of the next Congress.

"Nevertheless, in the case of sections belonging to a federation, the General Council will exercise this right only after having consulted the respective Federal Council.

"In the case of the dissolution of a Federal Council, the General Council shall, at the same time, call upon the Sections of the respective Federation to elect a new Federal Council within 30 days at most.

"Nevertheless, it is well understood that the countries where the International is prohibited shall exercise the same rights as the regular federations."

IV. Resolutions Relating to the Admission of Sections

1. Section 2 (New York, French) of the North American Federation. ‑ This Section had been excluded by the American Federal Council. On the other hand, it had not been recognized as an independent Section by the General Council. It was not admitted by the Congress. Voted against the admission, 38; for, 9; abstained, 11.

In the course of the debate on the credentials of Section 12, the following resolution was adopted by 47 votes against 0; abstentions, 9:

The International Working Men's Association, based upon the principle of the abolition of classes, cannot admit any middle class Sections.

3. Section of Marseilles. ‑ This Section, quite unknown to the General Council, and to the French Sections in correspondence with the latter, is not admitted. Against the admission, 38; for, 0; abstentions, 14.

4. Section of Propaganda and Revolutionary Action, at Geneva. This Section, which is but the resurrection of the (public) "Alliance de la Democratie Socialiste", of Geneva, dissolved in August 1871, had been recognised neither by the Romance Federal Committee nor by the General Council, which, indeed, had returned its contributions when sent by the Jurassian Federal Committee. The Congress resolved to suspend it till after the debate on the second [secret] Alliance. The suspension was voted unanimously, less a few abstentions not counted.

The Congress admitted this Federation by 40 votes against 0; the few abstentions were not counted.

VII. Resolutions Relating to the Alliance

The Committee charged with the inquiry regarding the (second/secret) Alliance of Social Democracy, consisted of the citizens ‑ Cuno (33 votes), Lucain (24), Splingard (31), Vichard (30), and Walter (29).

In its report to the Congress, the majority of this Committee declared that "the secret Alliance was established with rules entirely opposed to those of the International."

"To exclude from the International Michael Bakounine, as founder of the Alliance, and for a personal affair.

"To exclude Guillaume and Schwitzguébel, as members of the Alliance.

"To exclude B. Malon, Bousquet (Secretary of Police at Béziers, France) [The Committee was not acquainted with the fact that M. Bousquet, upon the demands of his Section, had already been excluded by a formal vote of the General Council], and Louis Marchand, as convicted of acts aiming at the disorganisation of the International Working Men's Association.

"To withdraw the charges against Alerini, Marselau, Morago, Farga Pellicer, and Joukowski, upon their formal declaration that they no longer belong to the Alliance.

"To authorise the Committee to publish the documents upon which their conclusions were based."

"4. To refrain from voting upon the other exclusions proposed by the Committee. Adopted unanimously, minus some few abstentions.

"5. To publish the documents relating to the Alliance. Adopted unanimously, minus some few abstentions."

It is to be noted that these votes upon the Alliance were taken after a great number of French and German delegates had been obliged to leave.”