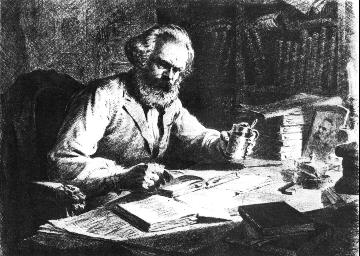 The new circular of the self-styled majority of the B.F.C. pretends to be a reply to the two circulars of the B.F.C. and of the Manchester Foreign Section. In reality it does not refute one single point raised in these circulars. It merely attempts to throw dust into the eyes of its readers by personal gossip, slander, and lies, relying upon the unavoidable want of acquaintance, on the part of the newly-formed Sections, with the history of the International.

It is very characteristic, that of six members of the Executive Committee whose signatures figure at the bottom of that circular, two, Messers. Jung and Pape, have no longer any locus standi on the B.F.C. They were delegates, the first for Middlesbro’, the second for Nottingham, and one of the above Sections has withdrawn the credential, while the other unanimously repudiated the manifesto. We shall quote some instances only of the impudence of assertion which distinguishes the document in question.

As to the so-called official reports, it says,

“No list of delegates to the Hague has been given, though the Circulars glibly speak of ‘64’.”

The report here mentioned is merely an official edition of the resolutions Passed by the Congress, and the list of delegates, already printed at the Hague, and reprinted in most continental papers, International or Middle-class, would have been out of place. Besides, the report gives for every vote, the numbers voting, and where a division took place, the names too.

The official report states 2nd, under the heading “Contributions to be paid to the General Council.” With regard to the demands, on the one hand to raise, on the other to diminish the rate of contributions, the Congress maintained the Id. by 17 votes against 12, and 8 abstentions. What is there suppressed?

As to the “cooking” of resolutions, let them dare to point out one resolution of the Report which is not in strict accordance with the minutes.

What, on the other hand, the authors of this circular are capable of in the line of “cooking,” is shown by their assertions regarding the Congress resolutions on political action. In the first instance the phrase, “The conquest of political power has become the great duty of the working class,” has been literally inserted in Resolution IX of the London conference from the Inaugural Address of the International (1864) although they pretend that it had been invented by the Hague Congress.

Secondly, the authors of the Circular maintain that it is a mis-translation to render the French “doit servir” by the English “ought to serve.” If a mistake had been made, it would have been made by the late General Council in the official English translation of the original French text of the Conference Resolutions. But there is no mistake. As the authors of the Circular do not appear to be on the best terms with either their English or their French, we must refer them to any common dictionary, for instance, Boyer’s English-French dictionary, Paris, Baudry, 1854, under ought “It ought to be so, cela doit être ainsi.”

In order to disprove the statement that the Hague resolutions are fully endorsed in France, Germany, Austria, Hungary, Portugal, America, Denmark, Poland and Switzerland, the circular of John Hales demands the addresses of the secretaries of these different countries. As to Germany, he has only to look to the Volksstaat and half a dozen other working men’s papers; as to Austria and Hungary, to the Volkswille; as to Portugal, to the Pensamento Social; as to Denmark, to the Socialist; as to Spain, to the Emancipacion; as to Holland, to De Werkman; as to Italy, to the Plebe; as to Switzerland, to the Égalité and the Tagwacht. With regard to America, the only working-men’s federation there existing appointed last year for its Federal Council, the very men now forming the General Council. With regard to Poland and France, the addresses of the respective correspondents will certainly not be entrusted to the discretion of John Hales and Co.

As to the “spontaneous” character of the secession movement, the simple fact is that the Secessionist Congress held in September last, in opposition to the International Hague Congress, at St. Imier passed a formal resolution to organize that movement everywhere by “coming to an immediate agreement with all Sections and Federations” favourable to Secession so as to be able to hold a secessionist “International Congress within six months at latest.”