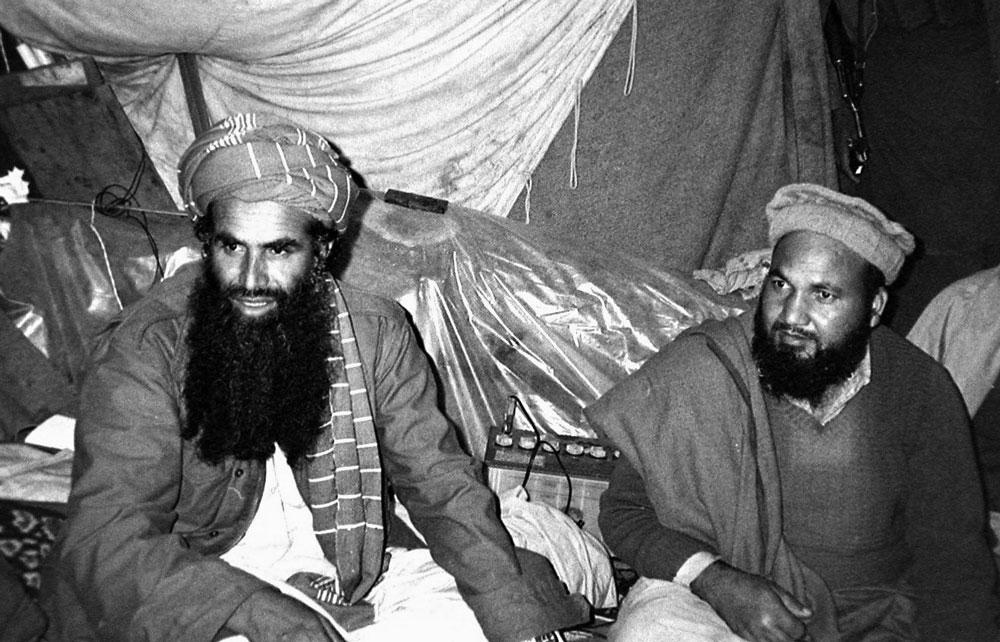 As the last Russian soldier crossed the Oxus River going back from Afghanistan into the Soviet Union in 1989, the Japanese-American philosopher at St. James’s University, Maryland and a CIA operative, Francis Fukuyama, came out with his iniquitous thesis on the “end of history”. However, although the Berlin Wall had fallen and the Soviet Union had collapsed, this thesis was soon refuted by history itself as the first Gulf War broke out in 1991.

These monumental events have had a devastating effect on the consciousness of the working classes, especially in the ex-colonial world. Whenever there has been a retreat or lull in the class struggle, the ruling classes have always intensified the exploitation of labour by capital. This social crisis has led to social unrest and movements of the oppressed. In the wake of these upheavals the imperialists developed a false contradiction to confuse and distract the masses from their real struggle against exploitation and capitalist repression.

In this situation another US intellectual, Samuel P. Huntington, better known as the “Butcher of Vietnam” for his brutal role in that disastrous war, came to the fore with another ingenious thesis. He held the same post with the CIA and taught at the same university as Fukuyama. He named his theory as “The Clash of Civilisations”. This was invented to create a religious conflict, thus giving a new lease of life to Islamic fundamentalism and other religious fanaticisms.

But modern Islamic fundamentalism was created in the earlier epoch of the 1950’s. After the overthrow of the monarchy in Egypt in 1952 there was a wave of revolutions in Iran, Syria, Yemen, Indonesia, Iraq and other countries. The mass upheaval in Egypt led to the nationalisation of the Suez Canal by Nasser. This resulted in the Suez war when Israel, Britain and France attacked Egypt and were defeated. The victory of Nasser gave a boost to populism with socialist overtones and other left currents in the so-called Muslim world. Imperialist interests and hegemony were threatened.

Modern Islamic fundamentalism is in reality the brain child of John Foster Dulles, the Secretary of 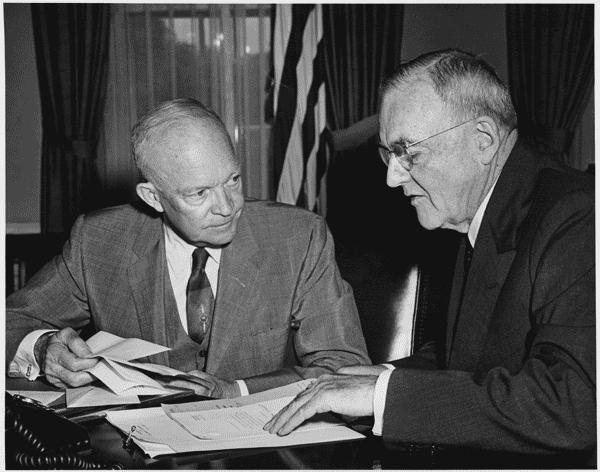 President Eisenhower and John Foster Dulles in 1956 State under President Eisenhower. An operation was launched by the CIA to sponsor, fund and prop up the Islamic groupings that could play the role of reactionary forces against the leftist regimes and currents that were leading anti-imperialist, and in some cases anti-capitalist struggles, in these countries. Akhwan ul Muslimeen in the Middle East, Jamaat e Islami in South Asia and Masjumi and Nahdlatul Ulema in Indonesia, were some of the organisations that were set up to safeguard capitalism in these countries. These forces of religious obscurantism were used by the pro-imperialist armies in the genocides carried out in Indonesia in 1965 and in East Bengal in 1971. Imperialism has always used religion to carry out its policy to divide and rule in different parts of the world.

In the Indian subcontinent the British introduced a column on religion in the census of 1872. In 1905, Lord Curzon carried out the division of Bengal on a religious basis with a similar intent. After the sailors’ revolt of 1946, which culminated in a massive general strike from Karachi to Madras, India was brought to a standstill. The British ruling class was terrified by the fact that the independence movement in the subcontinent might not stop at the level of national liberation but would move on to a social revolution that would put an end to the possibility of the post-colonial exploitation of the region. Even when Jinnah had accepted the cabinet mission plan of a confederated but united India, Churchill ensured through Edwina Mountbatten that the impulsive Nehru would provoke Jinnah and the leaders of the Muslim League to go back to their position of separation.

Hence partition took place on the basis of a sectarian religious divide in which 2.7million innocent souls perished. Those wounds of partition still haunt more than half a billion impoverished masses plunged into the abyss of misery, poverty and disease. These religious animosities are a source of imperialist exploitation and are also used to justify massive spending on weapons of destruction mainly from the military industrial complex of western corporate monopolies. Today, India has become the largest importer of weaponry followed by China, South Korea and Pakistan.

The war in Afghanistan did not start in 2001 after the September 11 terrorist attacks on New York, Virginia and Pennsylvania. This is a thirty-two year old conflict. It started as a covert CIA operation in the summer of 1978 to overthrow the left-wing government of the People’s Democratic Party of Afghanistan led by Noor Mohammad Tarakai, which was installed by a revolutionary coup before the Russian intervention in December 1979. The influence of the ‘Saur’ or the Spring Revolution was an inspiration for the oppressed and threatened imperialist interests in the region. Here the modus operandi was again to foment Islamic fundamentalism. 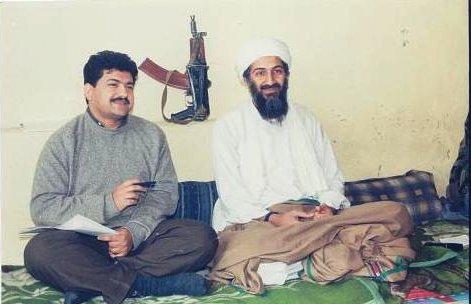 Hamid Mir interviewing Osama bin Laden, 1998 The CIA, operating through the Saudi and Pakistani intelligence agencies, trained indoctrinated, financed and armed religious fanatics from countries with Muslim populations. Osama Bin Laden was recruited by President Jimmy Carter’s national security advisor Zbigniew Brzezinski in 1978 to this “Islamic crusade” against the “Communist infidels”. One of the first actions of these imperialist dispatched jihadists was a raid on a mixed school, which was burned and the headmaster killed and disembowelled. The main resource created by the CIA to finance this notorious “Dollar Jihad”, as in most other counter-revolutionary insurgencies, was drugs smuggling, ransom from kidnappings and other crimes.

The Russian intervention was used by the west as a propaganda ploy to prop up this reactionary insurgency. Even after the Russian troops withdrew from Afghanistan through the Geneva accord of 1988, the PDPA government remained in power until 1992. It was not defeated by the “Mujahedeen” as has been propagated by the bourgeois media. It fell due to its ideological mistakes and methodological blunders including treachery and betrayals by the Stalinists within the regime who went over to the enemy.

The workers and the impoverished masses were to face the worst of all worlds. This harrowing tyranny was unleashed to perpetuate his rule in the name of piety and Islam with the full backing of his imperialist masters. Even after he was dumped by his bosses as he became a megalomaniac and seriously started to consider himself as Ameer ul Muslimeen who could even defy the Americans, religious fundamentalist organisations remained intact and prospered. The financial network of the reactionary insurgency, heroin production, drugs smuggling and other criminal activities with the jihad’s arsenal supplied by the imperialists, became a flourishing enterprise.

Massive amounts of the black money generated in this lucrative business have penetrated the state and society. It is used to build madrassas [Islamic religious schools] and sanctuaries for the religious fanatics whose top pious religious bosses have become billionaires in this process. This black economy now comprises more than two thirds of Pakistan’s total economy. The Islamic fundamentalists feed on this capital while this black economy uses the religious and other political mafias to protect its interests.

However, in spite of its social threat dangling like the sword of Damocles over society, its political mass support is minimal. Actually, it is the weakness of the Pakistani bourgeois elite that creates room for this fanaticism to prosper. Its base is in the middle classes. After the collapse of Stalinism was deceptively propagated as the “failure of socialism”, a political vacuum opened up. The religious fundamentalists tried to fill it, but with little success. They play on the uncertainties, economic stresses, social insecurities, deprivations and alienation of the middle classes and thus manage to get a temporary basis within this vacillating class that, however, withers away quickly. The middle layers of the army, judiciary and other state institutions are also infected with the religious mindset that is seen in the decisions of the lower judiciary and the fraternisation of sections of the army with the Islamists. 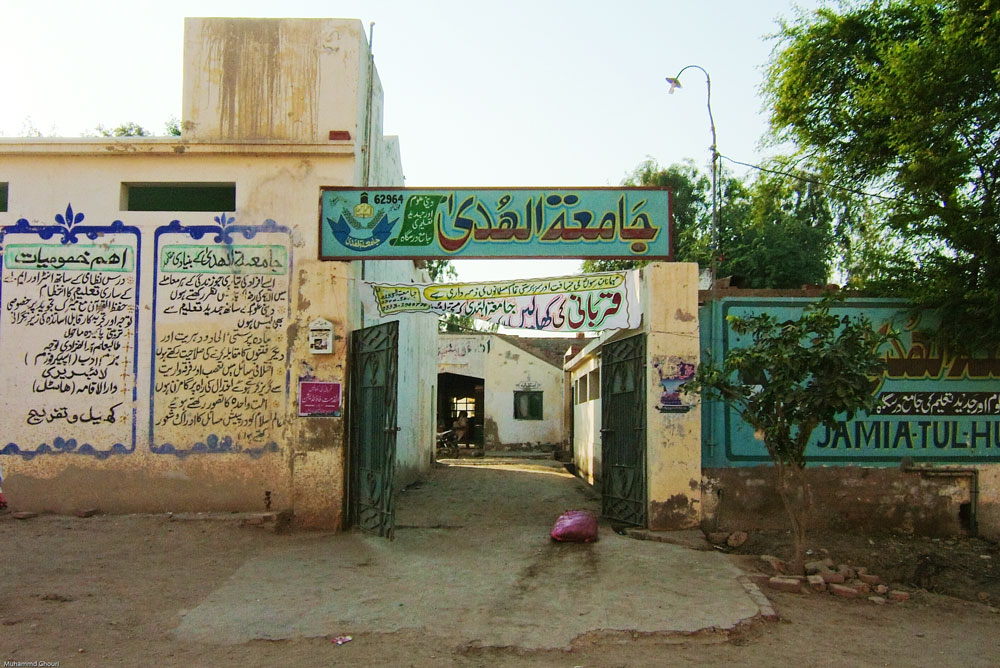 Madrassa. Photo: Muhammad The huge migrations from the rural areas to the cities and the ugly expansion of suburban shanty towns lead to similar problems along with urban alienation that is also exploited by the religious groups. But amongst the workers and the poor peasants they do not have a significant base and their superficial presence within the unions and rural areas is due to the lack of a revolutionary and a socialist alternative at this present moment in time. Their anti-American rhetoric has not been able to gather wide support amongst the workers and the poor masses. This is in spite of a seething hatred against imperialist aggression amongst the vast majority of the masses. Most of the youth brought to their demonstrations are from the madrassas and they don’t know much about what is really going on.

Electorally they have been a dismal failure. Only in 2002 did they manage to get 11% of the vote. But that was mainly due to rigging by the state agencies who wanted to use them in their own bargaining with imperialism. Even some of the terrorist attacks have been allegedly orchestrated for the same purpose.

Just as in the formal and the informal economy, the liberal elite and the obscenely rich religious bosses are in constant conflict, feeding upon and sustaining each other as their wealth and power is based on the market economy. Although there is a great hue and cry about the menace and terror of fundamentalism amongst the liberal elite and the petty bourgeois “civil society”, they have always capitulated and allied themselves with the Islamic parties whenever the workers and oppressed masses have risen in revolutionary struggles.

Religious extremism only exists in society because the Pakistani bourgeoisie has failed to complete any of the historical tasks of the national democratic revolution, including the separation of religion from the state and secularism. In any case it was highly unlikely to produce a secular country that was created on the basis of religion.

The same is the case with imperialism. Both base themselves on the same economic system, i.e. capitalism. They have been partners in the past and they will close ranks once they are faced with a revolutionary challenge from the working classes. Without the elimination of poverty, deprivation, social and cultural alienation and misery, in all those periods where the class struggle ebbs, the prejudices of the past and forces of black reaction will come back to haunt and brutalize society.

It is an inevitable outcome of the deep and worsening crisis of the exploitative system in which society is strangled and its social fabric is in tatters. Its overthrow and socio-economic transformation will uproot the foundations of fundamentalist terror and destroy the crushing domination of imperialism. The task of completing the unfinished 1968-69 revolution, that brought revolutionary socialism so close, is today being posed by history before the new generation of the youth and workers of Pakistan.