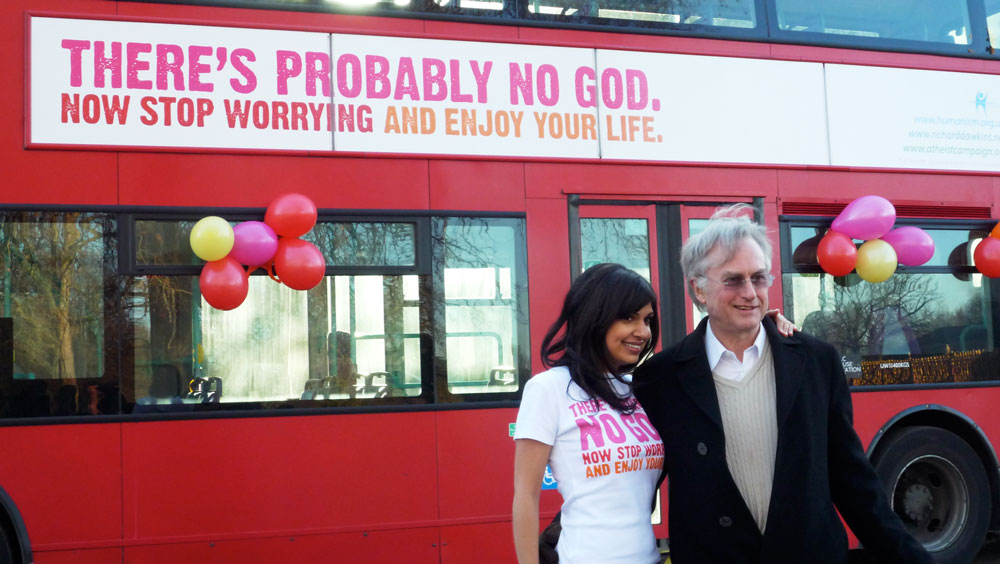 As the twenty-first century progresses, there has been an increasing interest and not a small amount of debate on the role of religion in society and particularly on advances in secularisation. Richard Dawkins’ book , ‘The God Delusion,’ was a best-seller in the UK and novels like ‘The Good Man Jesus and The Scoundrel Christ’ by Richard Pullman have touched raw nerves in Church hierarchies.

Against what they see as a growing tide of secularism, spokespersons for the Church have denounced the ‘intolerance’ of atheism and have fought a vigorous rearguard action to defend the special position of faith, woven as it is into the fabric of everyday life.

In his 2010 visit to the UK, the Pope typically denounced the fact that faith was being driven into the private domain. Like others, he has argued that faith is more than a ‘private’ matter, that it must be manifestsly in the public arena, where it would necessarily feature as part of civil society. Alongside it and as part of the debate, there has been an ongoing argument about science. Some US evangelists, who support leading political candidates of the so-called Tea Party, have even questioned the value of science itself as if it were some kind of nefarious left-wing creed.

More particularly, it has been the role of science in education that has been challenged, and especially evolution. Pressure has been exerted, with some success, to ensure that Creationism is taught in the school science curriculum, in the guise of ‘Intelligent Design.’ In the United States especially, the extreme neo-conservative right allies itself openly and unashamedly to what they see as Christian principles and it draws its inspiration from the Bible as the unerring “Word of God.”

On the other side of the debate, the problem with many atheists and secularists is that their arguments are presented as if the whole question of religion is purely an ideological struggle, an intellectual debate in which the followers of religion are charged with harbouring inferior and inconsistent ideas. That indeed may be the case but it is important to see the modern phenomenon of mass support for various religions, as well as their historic foundations as being rooted in the material conditions of society. Religions have not arisen because of ideas that were superior at the time, and which are required to be supplanted at a later stage by even more superior ideas. The origin of all mass religions is rooted in specific sets of social and economic conditions, each at a given moment in history.

These material conditions were expressed ideologically – in politics and, above all, in religion – as a consequence, not as a cause. The inception of a religion owes more to the national and class conflicts of the day than to a clash in the realm of pure ideas. It is as a result of the material and intellectual cul-de-sac in which modern capitalism finds itself that so many millions of people are so ‘spiritually’ alienated from society that they look for inspiration elsewhere, including  metaphysics. Likewise, it will be from these economic and material contradictions and the class conflicts they engender that a new social order can be created. It is within that perspective that the ground can be prepared for religious ideas to wither away.

In ‘The German Ideology’ Karl Marx was critical of the ‘materialist’ Feuerbach, who did not carry his ‘materialism’ over into the realm of politics and economics. “As far as Feuerbach is a materialist,” Marx wrote, “he does not deal with history, and as far as he considers history he is not a materialist.”

Similar criticisms could be made today of many of the most celebrated advocates of secularism and atheism. Richard Dawkins has produced a withering criticism of religious faith in ‘The God Delusion’ and he has made a valuable contribution to the argument in favour of the secularisation of civil life.

The same is true of Daniel Dennett, the American philosopher, who, like Dawkins in the UK, has been a strident defender of atheism and what he calls a “naturalist” (i.e. materialist) world outlook. But neither of these celebrated authors carries his materialism into the realm of politics and economics.

The same can be said of secular organisations like the British Humanist Association. The BHA plays a very valuable role in education and in the promotion of secular cultural ceremonies like marriages and funerals. BHA publications add great weight to the argument for secularism. But whenever the BHA accidentally strays into the realm of politics they too are trapped in an idealistic framework. Most humanists, according to Jim Merrick in ‘Humanism an Introduction,’   “support a mixed economy…” He argues for a social system based on “fairness” and “justice”. No doubt the overwhelming majority of humanists sincerely support these aims and they are predominantly broad-minded, tolerant, left-leaning and radical, rather than conservative. But supporting the principles of “fairness” and “justice” and placing them in their material reality are two different matters.

As an example of the political swamp into which some secularists have sunk, we need look no further than  ‘The End of Faith’ by Sam Harris,  a book unfortunately endorsed by Richard Dawkins. In this 300-page think-piece, the author condemns the attack on the World Trade Centre on 9/11 and suicide attacks by Islamic militants but insistently places these actions in the realm of ideas and divorces them from the social and political milieu from which such terrorist attacks are ultimately derived.

Harris takes issue with the American author Noam Chomsky who cites the 1998 US bombing of the Al-Shifa pharmaceutical plant in Sudan and the later invasion of Iraq – both of which have led to tens of thousands of innocent deaths – as a form of state “terrorism”. According to Harris, there is no “moral equivalence”, between the actions of Al Qaeda and the US military, because, he argues, none of the deaths caused by America were intended.

“Did the Clinton administration intend to bring about the deaths of thousands of Sudanese children? No. Was our goal to kill as many Sudanese as we could? No. Were we trying to kill anyone at all? Not unless we thought members of Al Qaeda would be at the Al-Shifa facility in the middle of the night. Asking these questions about Osama bin Laden and the nineteen (9/11) hijackers puts us in a different moral universe entirely.” (p 141)

On the contrary, it is this author who inhabits a moral “parallel universe”. To paraphrase Marx, as far as Harris is a materialist, he should not dabble with politics, because as far as he does stumble into politics he is certainly not a materialist. It doesn’t matter one iota what the formal rules of engagement are or what the declared moral intentions of US forces happen to be. The material fact is that the overwhelming US military firepower, combined with a quasi-racist contempt for the worth of non-American lives leads inevitably to massive ‘collateral’ loss of life. The United States follows an economic, diplomatic and military policy that is wholly in the material interests of US corporations. This policy works directly against the interests of the mass of Muslims in the Middle East. To deny that this has any connection to the resurgence of political Islam, including 9/11, is to fly in the face of reality; it is idealism of the worst kind.

It is well known that Karl Marx wrote that religion is “the opium of the people”, but less well known are his words immediately preceding, that religion “is the sigh of the oppressed creature, the heart of a heartless world, and the soul of soulless conditions”.  (Contribution to the Critique of Hegel’s Philosophy of Right).

“The deepest root of religion today is the socially downtrodden condition of the working masses and their apparent complete helplessness in the face of the blind forces of capitalism, which every day and every hour inflicts upon ordinary working people the most horrible suffering and the most savage torment, a thousand times more severe than those inflicted by extraordinary events such as wars, earthquakes, etc.” (The Attitude of the Workers Party to Religion).

Even some of the spokespersons and representatives of the US administration can see a connection between mass support for militant Islam and the political, economic and social realities experienced by Muslims around the world. Sam Harris may not like it, but it is perfectly possible to condemn the attacks of 9/11 and at the same time understand the relevant social and economic connections.

The capitalist system (what the BHA pamphlet calls the ‘mixed economy’) rests upon the exploitation of workers (and the super-exploitation of workers in the less developed world), not to mention the spoliation of the whole planet in the pursuit of material gain. Historically, and in every part of the world, each single step along the road towards democratic freedom – voting, trade union rights, the right of assembly, publishing, etc – has had to be fought for against the most bitter and uncompromising opposition of the capitalist class and their political representatives (including the Church). Asking a rapacious capitalist class to support “fairness and justice” and not to behave like rapacious capitalists is, to coin a very unsecular phrase, like asking the devil to renounce sin.

Justice and Fairness are good ideas but they have not been established anywhere in the world without the real struggle of the working class. It is still in the material interests of the working class to achieve and maintain these rights, just as it is in the material interests of the capitalist class to oppose and erode them. They are not issues that can be decided by a civilized and friendly debate with one’s opponents.

Marxists support the right of all religious people to practice their religion in full. Indeed many of the best class fighters will first come into the movement still carrying the religious trappings of their traditional culture. But Marxists also support the idea of the complete separation of religions from the state and from civil society. Education, government, the courts and all aspects of public service and provision should have no connection at all with religious practice. It may be perfectly correct, as part of an education system based on tolerance and mutual respect, that school students understand the basic outlines and beliefs of world religions. But on the other hand it is absolutely unacceptable for faith to be taught within the realms of science. It is a scandalous legacy of medievalism that there should be 26 bishops sitting in the House of Lords and affecting the passage of legislation that ought to be the preserve of only elected representatives.

Returning to the issue of religion versus secularism, it is not possible to understand the development of organised religion by a discussion on ‘ideas’ alone, but only by an examination of the material roots of religion. Karl Marx and Frederick Engels were consistent materialists, in that they applied their materialist world outlook to history and politics in what became known as Historical Materialism. “Marx and I”, Engels wrote, “were pretty well the only people to rescue conscious dialectics from German idealist philosophy and apply it in the materialist conception of nature and history.”

“The materialist conception of history starts from the proposition that the production and, next to production, the exchange of things produced, is the basis of all social structure; that in every society that has appeared in history, the manner in which wealth is distributed and society divided into classes or estates is dependent upon what is produced, how it is produced, and how the products are exchanged.

The task of Marxists is to ensure that workers and youth are not diverted by religion and dreams of the here-after but focus instead on the real task  before them - the class struggle to overthrow capitalism and with it all the material causes of poverty, war and oppression here on earth. This is the only reality.