On the 1 May demonstration in Warsaw, the presence of the Czerwony Front (Red Front) was marked by our banner, slogans and red flags. On that same day, we also released our first booklet, Marxism and Anarchism by Alan Woods. The reception was enthusiastic, as proven by the sale of our whole stock during the first hour of the demonstration. This confirms that, in Poland as in the rest of the world, there is a thirst for the only ideas that are able to guide the working class to victory: the ideas of Marxism.

The day ended with an open discussion on the centenary of the founding of the Communist International, attended by members of the Red Front and other left-wing organisations. Comrade Jakub opened the discussion, explaining the merits of the first four congresses of the Third International and the historical lessons that can be learned from its bureaucratic Stalinist degeneration. After the introduction, a discussion took place on the lessons that can be drawn from the history of our movement, from Marx and Engels’s First International to the Fourth International, led by Leon Trotsky. The betrayal and errors of the social democratic and Stalinist leaderships leave us with the task of rebuilding the revolutionary tradition of Marxism.

On 2 May 2019, the National Congress of the Red Front was officially launched in Warsaw. It was attended by about 20 Marxists from Warsaw, Poznan, Gdansk, Cracow and other cities. 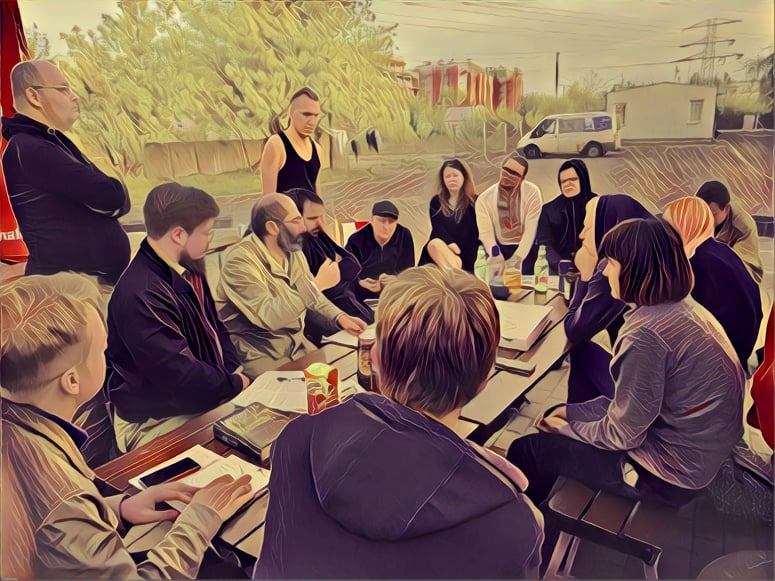 The congress discussion was kicked off by a representative of the International Marxist Tendency (IMT), Francesco Merli, who presented a report on the world situation, and prospects and tasks for the world revolution. The situation in Venezuela, the yellow vests movement in France, the political crisis in the United Kingdom, the trade war between the US and China and many more points were discussed. There is no country in the world that is not seriously affected by the deep, organic crisis of capitalism.

The following session was led off by comrade Filip, who explained the situation in Poland. Despite the economic growth following the restoration of capitalism, class struggle is now back on the agenda. The recent, important movements around women's rights, the youth climate strike and the teachers’ strike have transformed the consciousness of millions of workers and young people. In particular, the defeat of the teachers’ strike stressed the need to build a revolutionary leadership, able to overcome the PiS government’s anti-working class attacks and the great monopolies and capitalists they represent politically.

Comrade Marta introduced the session on organisation, in which the Marxist method of organisation was debated, demonstrated to date most correctly by the Bolshevik Party of Lenin and Trotsky. Without revolutionary theory, there cannot be a revolutionary organisation. Following the example of the genius, heroism and dedication of past revolutionaries, we can create an organisation that will fulfil its historical task of winning power for the workers. 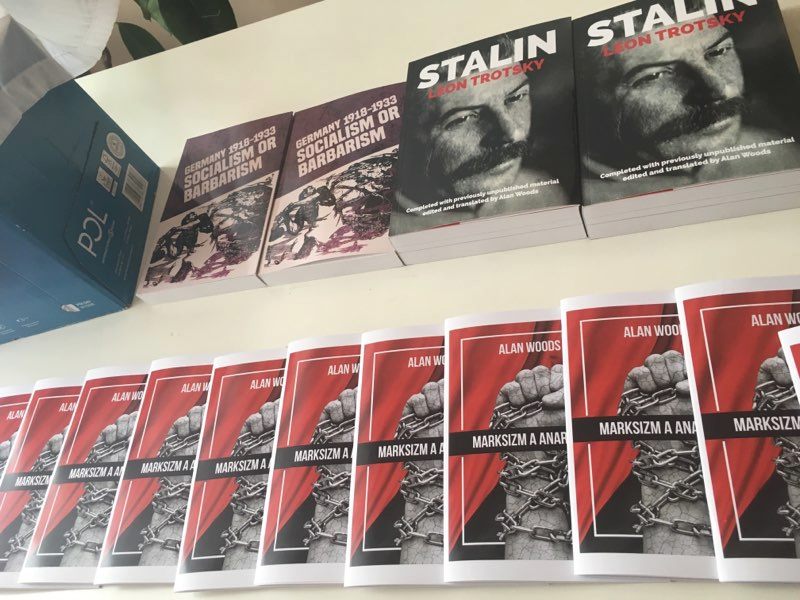 Part of the library of the Red Front was available at the congress / Image: Czerwony Front

The comrades from the IMT then described the work that the tendency currently carries out in every continent. From Canada to Venezuela, from Nigeria to Italy, from Great Britain to Indonesia, the IMT’s fast growth over the last period confirms the correctness of the true, undistorted methods of Marxism and proletarian organisation. Particularly inspiring is the activity of the comrades in Pakistan, who in the last period were particularly targeted by state repression, risking their lives for the proletarian revolution.

Then, comrades Tomasz, Piotr and Filip led discussions on organisational questions. In the last year, we experienced a great professionalisation of our organisation, which was expressed by the success of our first booklet and the growth of our branch in Poznan. In the near future, the opening of the online store, the production of more printed materials, as well as regular publications, will help us win and train a generation of future revolutionaries. The session was completed by discussing further organisational plans in different regions.

Before the comrades parted to return to their cities, the enthusiasm of the congress was emphasised by the loud singing of the most famous revolutionary song: ‘The Internationale.’ The best congress of our organisation so far reflects a year of great steps forward – the next year will be a milestone for us. We are guided by the desire to overthrow the capitalist system, which has exhausted its historical role and does not offer anything but misery and despair.

In order to change the world, however, we must first understand it, and this can be achieved only by adopting the revolutionary method of scientific socialism, i.e. Marxism.

Join us today to fight for the revolution!