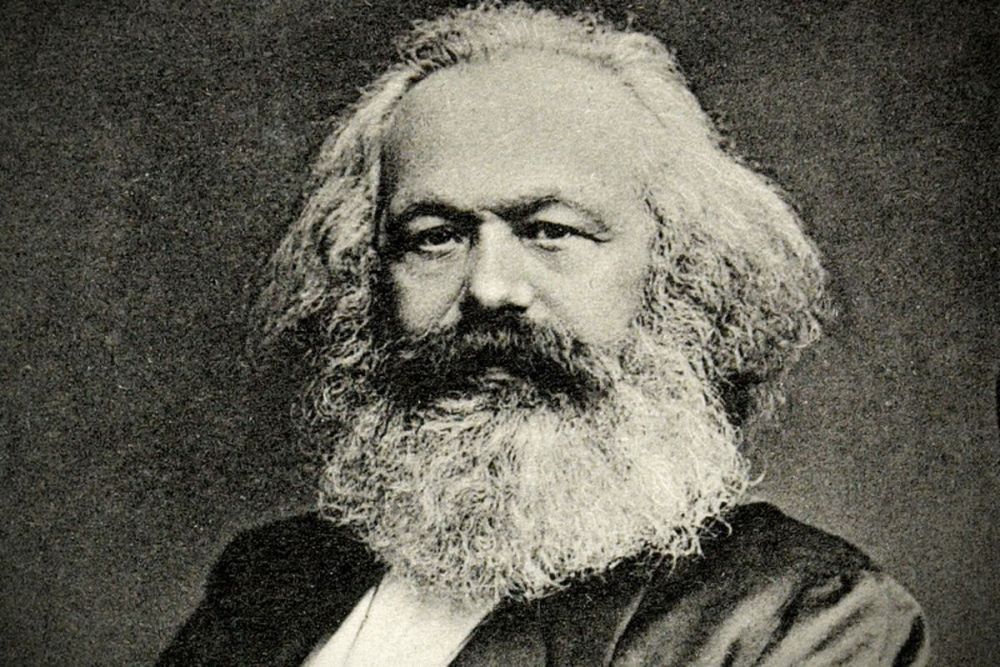 No set of ideas has been pronounced dead more frequently than that of Marxism. Yet, 200 years after the birth of Karl Marx, his ideas stand as vibrant as ever, while bourgeois thought is at an impasse, unable to truly grasp the events that are shaking up the world of our time.

The illusion that the capitalist world, driven by the ‘invisible hand of the market’, would create a harmonious heaven on earth after the collapse of the Soviet Union, has been shattered by the 2008 crisis. Instability has reached every corner of the world and class struggle is picking up pace in one country after another. As Marx predicted, Capitalism has become bound up in insoluble contradictions, making it incapable of solving any of the pressing problems facing humanity.

At a time where all the industrial, technological and scientific preconditions exist to create a heaven on earth, the capitalist system is dragging the world down into the swamp of barbarism and decay. Of course, under the impact of this crisis, the working class, which has never been larger than today, is also being radicalised throughout the world. The ruling class is terrified of the spectre of revolution, but it is unable to change the laws governing its own system.

Karl Marx managed to uncover these inherent laws. He explained that capitalism is a chaotic system of production beyond the control of humanity. While it raised human productive capacity higher than anytime before, it is doomed to plunge society into ever-greater crises. But Marx also explained that the system creates the modern proletariat. This class is set to overthrow the capitalist class and, on the basis of modern production, build a planned economy to use the resources of society for the benefit of all. These are not outdated ideas but vastly more in touch with the general processes in our world today, than most modern texts.

Marx developed his ideas as a direct continuation of the greatest thinkers of German philosophy, English political economy and French socialism. More than anything, Marx developed a method, a comprehensive philosophy, and a world outlook purely derived from the material world that we live in. Marxism is the science of the underlying laws that govern nature and society. It is only by studying these laws that we not only achieve the best understanding of society, but also discover the role and tasks of revolutionaries.

Far from a dead, dry ideology, Marxism is the science of revolution, a guide to action. For any revolutionary today, a serious study of the ideas of Marxism is an urgent necessity in order to understand the the working of the world that we are trying to change. The below reading guide, although far from exhaustive, gives a thorough introduction to the main fields of Marxism on the basis of classical works of Marxists themselves.

We would like to encourage all our supporters and those interested in learning more about Marxism to read (or re-read!) the works on this list. We also encourage you to form a reading group to engage other people and improve your understanding.

Many of these are short books or pamphlets; some are more lengthy books; and others are just brief articles. Most of them are available to be read online for free (links are provided), and many of them have been published by Wellred and are available for sale at www.wellredbooks.net

– Marx and Engels’ 1848 masterpiece – the foundational work of Marxism and the most important political text in history – was appropriately published in a year of explosive revolutionary developments across Europe. It explains the fundamental role of class struggle in human history, and represents a call to arms for the workers of the world, urging them to unite and overthrow their exploiters. Click to buy

“Ninety Years of the Communist Manifesto”, by Leon Trotsky

– Trotsky wrote this celebration of The Communist Manifesto’s 90th anniversary from exile, explaining the Manifesto’s continued relevance nearly a century after its publication. He goes back over the Manifesto’s main ideas, relates them to the political situation in 1937, and calls on revolutionaries to study and ground themselves in the core tenets of Marxism. Click to buy

– Socialism existed long before Marx and Engels, but it remained just “a good idea,” until their development of scientific socialism. In this text, Engels discusses the various Utopian socialist movements of the past and their limitations. Click to buy

Introduction to Marx, Engels, Marxism, by V. I. Lenin

– This short collection of Lenin’s writings clarifies the main ideas of Marx and Engels. Lenin introduces the rich heritage of Marxism and explains how its theories were applied in the Bolsheviks’ struggle for power. Click to buy

– A transcript of the speech Engels delivered at Marx’s graveside, bidding farewell to the greatest political mind in history. He outlines the basic elements which form Marx’s ideas, and vows that they will endure through history. Click to buy

– An article published to commemorate the 134th anniversary of Marx’s death, which outlines Marx’s contributions to building the socialist movement and developing the theories of scientific socialism.

“The Ideas of Karl Marx”, by Alan Woods

– A modern introduction to the basic elements of Marxism and why socialism is the only way forward for humanity. Click to buy

“Theses on Feuerbach”, by Karl Marx

– These eleven theses, which were never published in Marx’s lifetime, outline Marx’s basic critique of Ludwig Feuerbach and other Materialists. In levelling this critique however, Marx also clarifies his own philosophy and worldview.

“Afterword to the Second Edition of Capital: Critique of Political Economy”, by Karl Marx

– Marx pays tribute to Hegelian dialectics, in this elaboration of Materialist Dialectics. He and explains how Hegel’s ideas must be“demystified” ande cleansed off the idealism and superstition at the heart of Hegel’s method.

Ludwig Feuerbach and the End of Classical German Philosophy, by Friedrich Engels

– Engels describes the development of Marxist philosophy, and how its core methodology – dialectical materialism – built upon and improved the ideas of ‘classical’, German philosophers like Hegel and Feuerbach. Click to buy

– In this biting polemic against an anti-Marxist philosopher, Engels provides a dialectical materialist analysis of natural science and philosophy. Click to buy

– Trotsky’s brilliant introduction to the core precepts of dialectical materialism. Click to buy

Reason in Revolt, by Ted Grant and Alan Woods

– Published to commemorate the centenary of Engels’ death, this book demonstrates how the latest scientific discoveries of the late 20th century confirm the essence of Marxist, dialectical materialism. Click to buy

“Feuerbach” from The German Ideology, by Karl Marx and Friedrich Engels

– In the introduction to their important collection of polemics against classical German philosophy, Marx and Engels present a comprehensive overview and defence of the historical materialist method. Click to buy

– Originally a series of articles for Neue Rheinische Zeitung, Marx provides a balance sheet of the French Revolution of 1848-9 and its aftermath. He explains the class and economic relations underlying the revolution, and why the working class failed to take power. Click to buy

The Eighteenth Brumaire of Louis Napoleon, by Karl Marx

– Marx’s analysis of the collapse of the Second French Republic and the rise of Napoleon III in 1851 is the classic elaboration of Bonapartism. Marx explains how the stalled class struggle in France created the conditions in which a “grotesque mediocrity” came to power. Click to buy

The Peasant War in Germany, by Friedrich Engels

– Engels analyses the 1848 uprisings in Germany and draws parallels with the peasant rebellions in the Middle-Ages. He explains the economic forces behind both revolutions, and their defeats.

What is Historical Materialism?, by Alan Woods

– Alan Woods offers an introduction to the history of class struggle and explanation of the Marxist historical materialist method, which locates the fundamental cause of all social change in the mode of production, rather than the human mind. Click to buy

On the Development of Capitalism in Russia, by V. I. Lenin

– Lenin’s early theoretical contribution analyses the emergence of capitalism in Russia, and how the country’s backward, semi-feudal relations influenced its unique character.

Foundations of Christianity, by Karl Kautsky

– Kautsky’s analysis of the emergence and development of Christianity is a masterstroke of dialectical materialism. He explains that the origins of the Christian faith can be found in the material relations of ancient Roman society, rather than the divine.

Class Struggle in the Roman Republic, by Alan Woods

– Alan Woods applies the historical materialist method to the ancient world, providing a Marxist explanation of the material processes that led to the fall of the Roman Republic.

“Civilisation, Barbarism and the Marxist view of History”, by Alan Woods

– Alan Woods explores the history of human society and the relationship between the development of human culture and the productive forces.

– An essential, introductory text to Marxist economics, in which Marx explains how labour creates value, capital exploits labour, and wages are determined as the market price of labour-power under capitalism. Click to buy

– Another foundational text on Marxist economics, in which Marx demonstrates how prices relate to the value of commodities, and how profits are derived from the surplus-value created by wage-labourers. Click to buy

– Marx’s economic masterpiece revolutionised the subject of political economy, and is the defining analysis of how capitalism works. In the first volume, Marx lays down the foundations of his economic method, explaining the contradictions inherent in capitalist production and their relationship to class struggle. Click to buy

Synopsis of Capital, by Friedrich Engels

– This companion piece was written to help guide readers through the first volume of Capital, and draw out the main themes and ideas contained in Marx’s economic writings. Click to buy