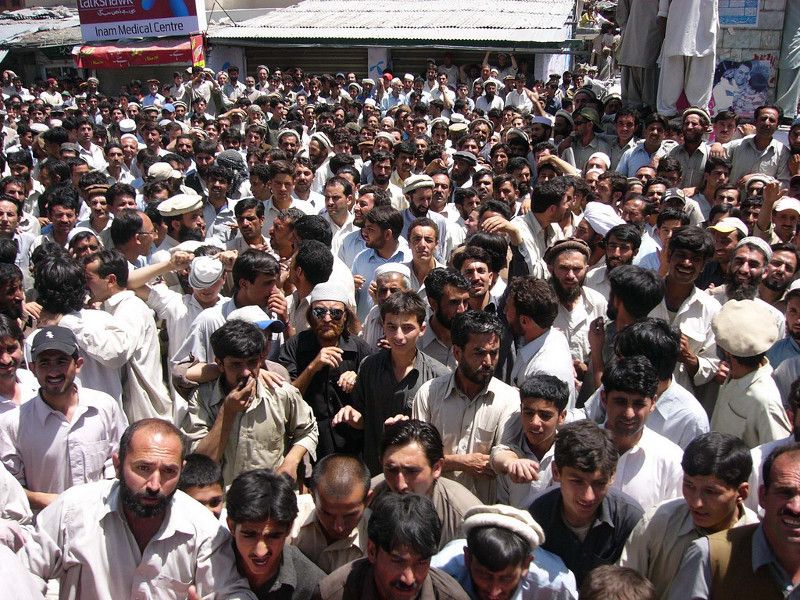 In Pakistan the crisis in the power sector has affected the whole society for many years. Long power cuts and ever increasing electricity bills have made the lives of ordinary people hell. One of the main reasons for all this was the privatisation of the power generating sector many years ago.

It was then that independent power producers were given permission to produce power and sell it at their desired rates. Millions of dollars changed hands in these deals with the incumbent government officers and ministers who became much wealthier. The hunger for more profits without investing a penny in infrastructure has led this whole basic sector in to a disaster.

A few years ago the power distribution company in Karachi (KESC) was also privatised, after which this, the largest city, formerly known as the “City of Lights”, turned into a city of darkness.

Now once again another attack on the lives of the people is being prepared by the current PPP government which was elected on the slogans of “Roti, Kapra aur Makan”. The masses voted the leadership of the PPP into power because they thought that it would solve their problems, but instead their problems have increased manifold.

In a press conference on October 22 held by the PPP Minister of Water & Power, Raja Parvez Ashraf, announced that the privatisation of four power distribution companies in the Punjab would be completed by June 2011. He was accompanied by representatives of the IMF and Asian Development Bank.

Currently there are eight power distribution companies operating in Pakistan. Of these, five companies, IESCO, LESCO, GEPCO, FESCO and MEPCO, are based in the Punjab. Three other companies, HESCO, PESCO and QESCO, are based in Sindh, Khyber Pukhtoonkhwa and Baluchistan respectively.

The inability of the present government to solve the basic problems is creating panic among the working class. Despite the big expectations and sympathies of working class people towards their tradition, the current PPP government has forced workers to draw some serious conclusions.

This government has failed to solve any of the problems inherited from the previous regimes. Inflation, unemployment, terrorism and power shortages are on the rise. Their solution to the economic problems, with the so-called “useful” suggestions of the IMF, the PPP government is actually imposing brutal economic measures on the working class. This criminal act of the government has provoked unrest among the workers and a state of depression among many workers about the fate of their jobs.

The Hydro union (CBA) of WAPDA (Water & Power Development Authority), which is also the largest union of Pakistan in numbers, is protesting against this brutal act, but the government has turned a deaf ear to them. High inflation and low wages have already taken their toll on the workers. This privatisation will result in huge unemployment, which will be intolerable for the workers. After the failure of the privatisation of KESC, the government is trying to apply its tactics in the Punjab. This act will be like burying the workers alive in the coffin of privatisation.

Already despite the cheap production of electricity, high rates are being charged on the citizens. The role of the trade union leaders, as always, is disappointing. They are in a state of despair. The Hydro union has been the traditional organisation of the workers inside WAPDA for many decades. From this platform the workers in the past fought against the fundamentalists and the Marshal Law dictators. But today its leaders have failed to take any radical step against the government’s anti labour policies. However, the pressure of the workers on their leadership is now mounting rapidly. In this dismal situation, the only way forward for the workers is to put themselves at the forefront to counter this imperialist onslaught which is being carried out with the consent of their local puppets.

Long Live the unity of Workers!

Workers of the World Unite!