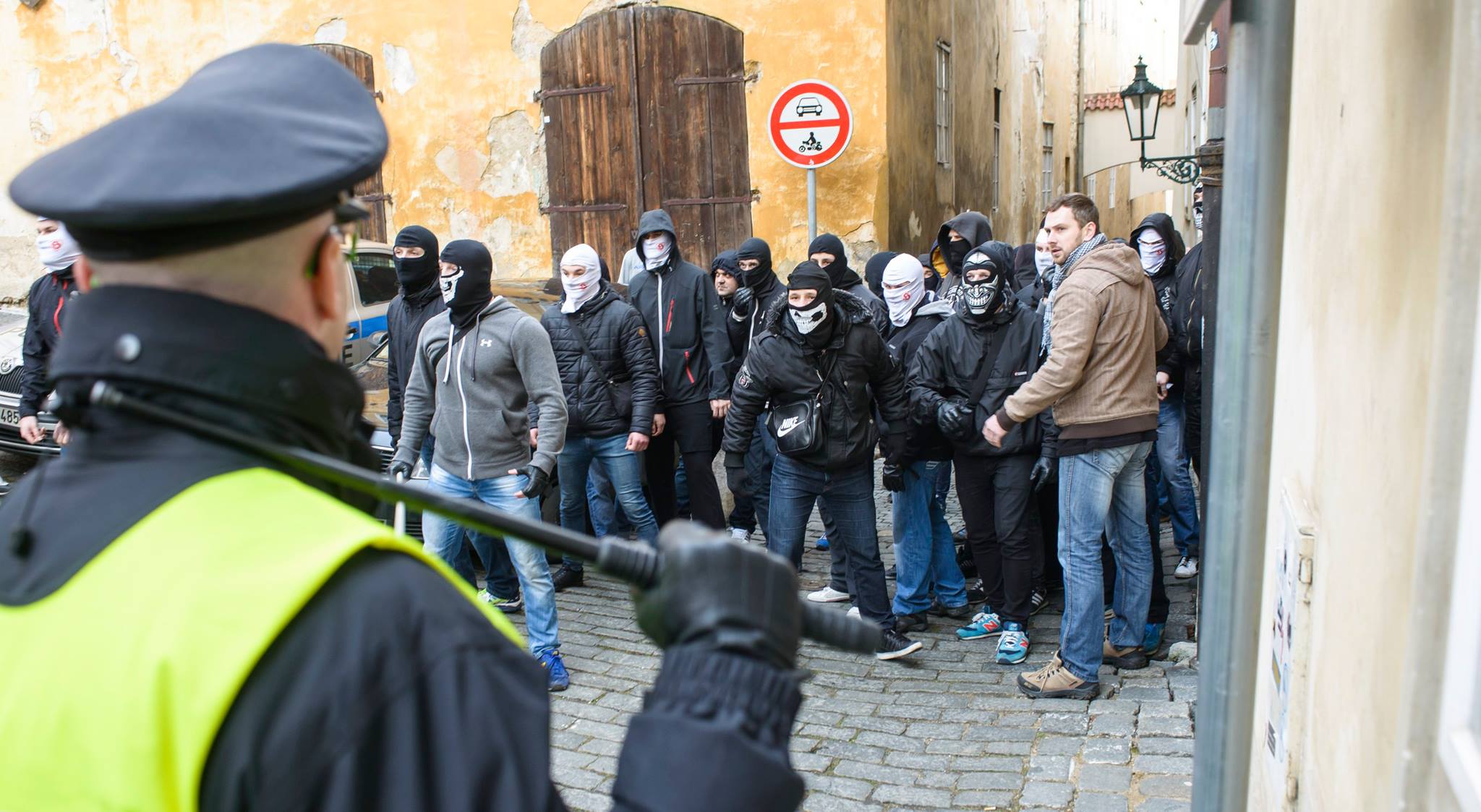 One demonstration was organised by the left and anarchist groups. At certain point, the anarchist demonstration was attacked by a group of approximately thirty masked hooligans with sticks and rocks. Only a small group of police officers (around ten) tried to do something in this situation. But their role was only to protect these hooligans from the antifascists. No riot police unit arrived!

What is even more strikign is that witnesses have reported that an off-duty police officer was "commanding" this group of hooligans. He was later seen discussing with other police officers about letting the anti-fascist demonstration arrive at the surrounding area of Prague Castle. There are doubts whether the entire attack was performed by police provocateurs. For now, because of lack of valid information, we can’t accept or deny this statement being the case.

Later that day, a group of hooligans attacked the activist-run "Autonomous Social Center" (Klinika) in Zizkov, which helps refugees. They attacked with rocks and Molotov cocktails, setting it on fire. The fire was extinguished before the firefighters came, but at least one person was seriously injured by a rock.

A comrade of the International Marxist Tendency was attacked by two neo-Nazi skinheads, and then again by police officers. The comrade only sustained small injuries, but this shocking act of aggression cannot go unanswered!

The Czech Group of the International Marxist Tendency are no strangers to this kind of targeting. Since they started two-and-a-half years ago, this group of young comrades have been attacked by violent anti-communist mobs and received threats from fascists linked with anti-Roma pogroms. Earlier this year they had their addresses and personal details published on a white supremacist website labelling them as “Traitors to their nation”

We show our deepest solidarity to the attacked antifascists, including our assaulted comrade, and to collective of Klinika! We also take inspiration from the bravery and determination of activists working under such difficult conditions.

For a united struggle against fascism!

For an International Socialist Revolution!

Send messages of solidarity to: editor@marxist.com