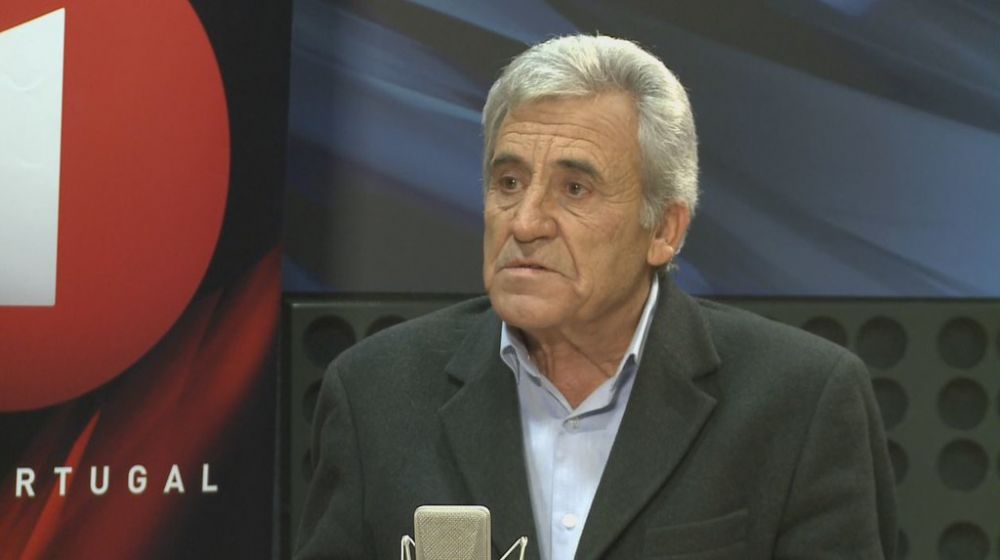 We are four years on from the historic formation of an apparently left government in Portugal, in which the Socialist Party (PS) has relied on the support of the Bloco de Esquerda (BE) and the Communist Party (PCP) to pass measures through parliament. Between them, the three parties have commanded a considerable majority in parliament, but the PS government would have fallen without the support of the parties to its left.

This presented a tremendous opportunity to BE and the PCP. By mobilising their base of workers and youth with calls for mass action over burning questions such as housing, the continued implementation of 2012 memoranda and increasingly precarious working conditions, they could have forced the government’s hand on such issues.

Instead, we have seen four years of backroom parliamentary deals, with the BE tail-ending and piggybacking on small grassroots movements; and the PCP largely ignoring – or in some cases actively repressing – the struggles of precarious workers. Meanwhile, housing, living and working conditions for the majority of Portuguese people have only become more insecure. Healthcare is being privatised gradually, household bills are soaring, lack of investment in education has led to one of the largest pay disputes in the sector’s history, and Portuguese cities are now among Europe’s most expensive to rent in – even more so relative to average wages. 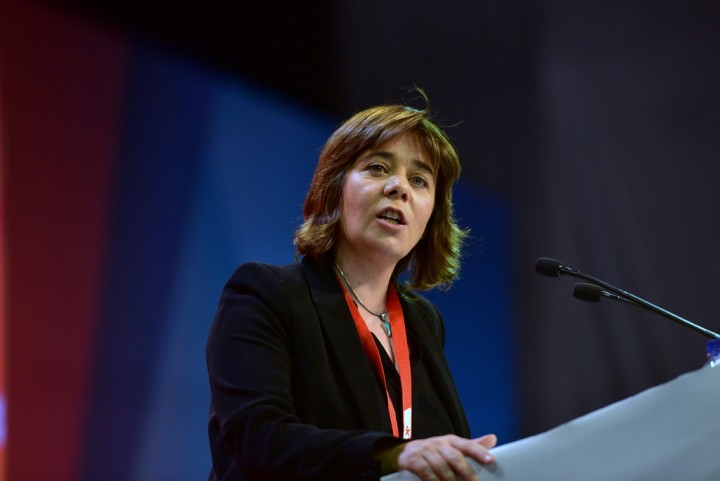 BE and the PCP have spent years in backroom deals with the PS, rather than pushing a radical agenda over any of the burning social questions in Portuguese society. As a result, they will be punished by voters / Image: Flickr, Bloco

Some reforms and reversals of the memoranda agreements have been carried through, particularly in the run up to the election taking place on 6 October. For example, the 35-hour working week has been restored for public sector workers, school textbooks have been made free for certain age groups, and in June this year rent caps were instituted – although in such a way as to have no effect for those who need them most. The partial nature of each of these and other government reforms reflects the timidity of the left parties when it comes to defending the class interests they are supposed to represent.

On the other hand, we can see the extent to which the PS bends over backwards to accommodate the interests of the Portuguese and European ruling class, with various privatisations continuing apace. We note the pride with which the PS announced a near-balanced budget in 2017. In fact, we must remember that any concessions that have been granted to workers and poor have come during a weak “boom” in the Portuguese economy. Economic growth means the government has slightly more income to play with. But as soon as the economy goes into reverse – as is likely during the next government term – we could see even these small concessions snatched back from the working class.

Nonetheless, the BE and the PCP shout each concession from the rooftops, as a victory for their parliamentary negotiation strategies. The PCP in particular plasters posters all over its traditional strongholds in the working-class neighbourhoods of Lisbon and the Alentejo, celebrating its role in delivering measures such as free school textbooks. At the same time, it turns a blind eye to the housing protest movements developing in these areas, and stands apart from the main labour struggles taking place across the country. 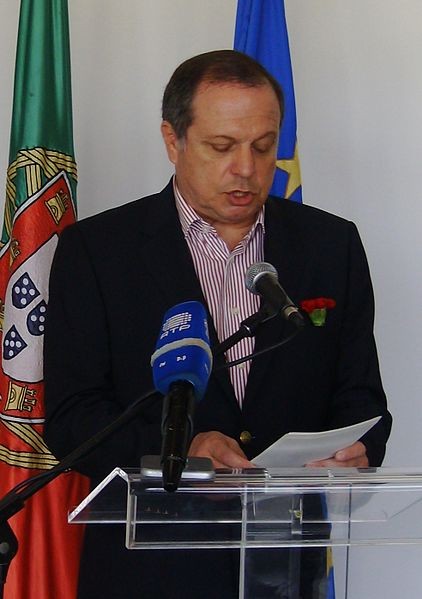 The two parties to the left of PS have been its biggest cheerleaders these past four years / Image: Carlos Luis M C da Cruz

This is a party whose roots run deep within the Portuguese working class, from the time of illegal and semi-legal strikes before the 1974-75 revolution. It enjoys the majority control of the CGT – the main trade union federation in Portugal. If its leaders lifted their little fingers, they could spread a mass campaign for decent housing and against precarious work. Instead, they have largely turned a blind eye to strikes by un-unionised dock workers and the non-CGT union SEAL, and used the CGTP apparatus to dampen the struggle of teachers and education workers through the CGT union FenProf, while showing open hostility to the independent union STOP involved in the same dispute.

It was the PCP’s approach to the latter struggle that made the left appear shamefully weak when they attempted to confront the government over teachers’ pay in parliament back in May, which at one point led to ministers threatening resignation. With the PCP and BE making no attempt to build a movement in solidarity with the FenProf and STOP workers on the streets, the PS came out of the debacle strengthened, having successfully pitted one section of the working class against the rest.

We see some local Bloco leaders and activists intervene in housing demonstrations on an individual basis, while one of their councillors is exposed as a slum landlord. The BE leadership last year passed a motion at party conference suggesting a coalition with PS at the next election. By celebrating their achievements in parliament and remaining relatively passive outside of it, the two parties to the left of the PS have acted as the government’s biggest cheerleaders. They have robbed themselves of potential voters while ensuring that credit for what wage rises and new jobs Portuguese workers have seen over past period goes to the PS.

How will the elections turn out?

The PCP is set to lose up to two percent of the vote they received back in 2015, punished for their inept leadership of the organised working class as they were in the European elections back in May. While there are some decent policies in their programme – like a 40 percent rise in the minimum wage and the reopening of vital public services, such as clinics closed since 2012 – it is too, little too late. Following the reformist line of the current government, many of their proposals are also inadequate, partial or speculative. For example, rather than capping household bills and renationalising utilities, they are cutting VAT on utility bills; rather than offering free childcare for all, they propose free childcare for anyone born from 2020; rather than offering free public transport now or by a fixed date, they are “aiming for free public transport”. These policies are designed to placate the working class, while not harming the interests of the bosses. The problem they have is that the working class does not trust them to fight for even these changes, let alone deliver them.

The BE’s programme can be summed up by their slogan: “An economy for everyone” – including the bosses, apparently. It is traditional for Portuguese politics to involve radical left language, even when actual policies and class interests do not back it up. So it is telling that the tagline of a party running to the left of the government in Portugal sounds considerably to the right of the British Labour Party (“For the many, not the few”). Bloco will do well to maintain its 10-11 percent share of the 2015 vote in this election. In reality, this marks a backward step given the position of strength in which the party found itself in relation to the government. 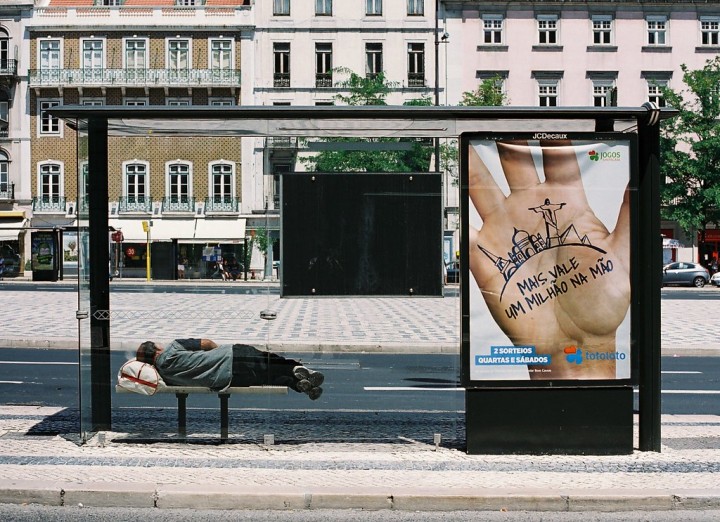 Portugal is in the grip of a serious housing crisis, and will soon be hit by a general crisis in Europe. The left must learn from its mistakes quickly if it is to provide leadership to the working class / Image: Flickr, Miguel Pires da Rosa

Due to the relative stability and economic growth that has characterised the PS’ term in government, as well as the weak opposition to its anti-worker policies, it will be the largest party in parliament after 6 October. However, polls suggest that it will fall well short of a majority, receiving roughly the same share of the vote as the right-wing Social-Democratic Party (PSD) did in 2015. The PSD’s electoral support has fallen way back, as voters remember their last government implementing the worst of the austerity measures against them earlier this decade. That the PS has, for the most part, kept these measures in place means that it is far from universally popular. The change we will see from 2015 is essentially some voters switching from the PSD to PS. Those hardest hit by austerity, precarious working conditions and the housing crisis will probably not bother turning out, while some workers have understandably abandoned the PCP due to the spineless leadership it has offered while propping up the government.

Without a majority, it seems that the PS will rely on BE for parliamentary support once more in a minority government. This suits Prime Minister Antonio Costa, who is well aware that the next term of government will not be as stable as the last. In fact, the PS programme explicitly forewarns of a potential European crisis brought on by Brexit or another catalyst, doing damage to the Portuguese economy. It appears that they are already preparing the Portuguese people for further austerity measures ahead. In such a scenario, the PS will use Bloco as a left cover in an attempt to legimitise their cuts, while also removing from the fray one potential focal point for a mass opposition movement against these measures.

Given the track record of BE over the past four years, the PS has good reason to be happy with this outcome. However, if both Bloco and the PCP learn the lessons of this election and begin calling the working class to action in fierce opposition to the continuation of the memoranda and further compromises with the ruling class, they could win the leadership of such a mass movement regardless of their position in parliament. The left must learn from its mistakes quickly, as the calm may be over, and the storm approaching.