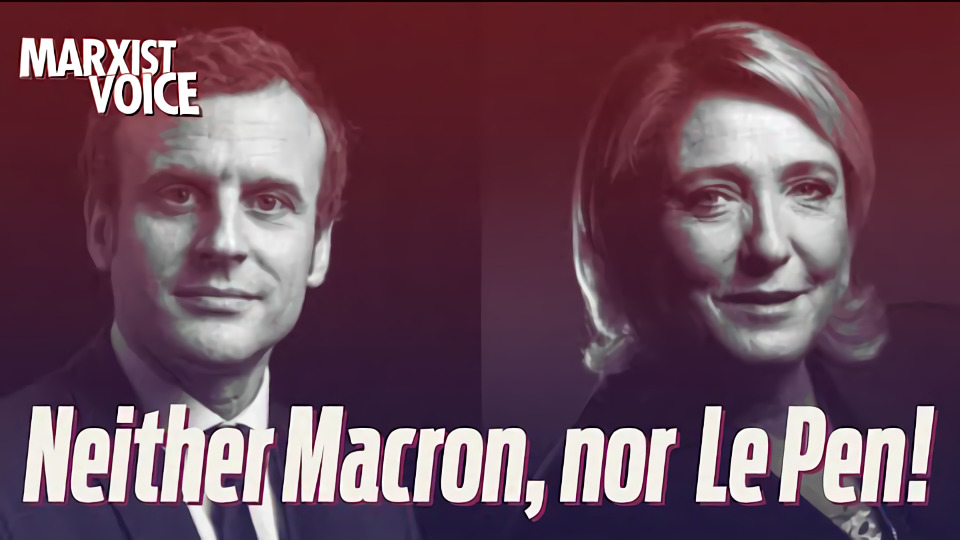 The final round of the French presidential elections will be held on Sunday 24 April. The French electorate will be called upon to chose between Emmanuel Macron or Marine Le Pen – two sides of the same pro-boss, viciously anti-worker and reactionary capitalist coin! While the so-called leaders of the French left and trade union bureaucrats have capitulated to bourgeois pressure, calling for workers and youth to form a ‘Republican Front’ behind Macron to beat Le Pen, we say: neither one, nor the other!

In the podcast we publish below, Joe Attard, writer and activist for the International Marxist Tendency, discusses the significance of the election, the need for an independent class-based policy for the French left, and what lies in store for the struggle in France.