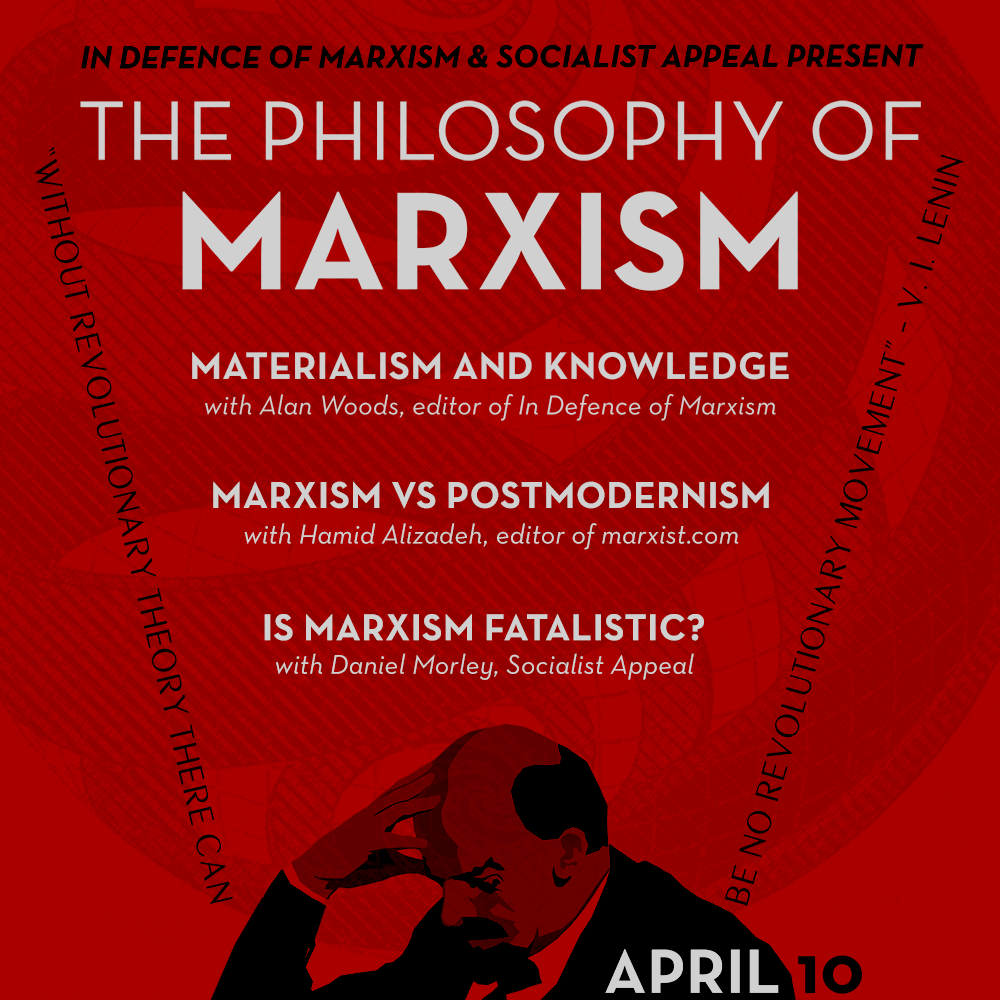 On 10 April, the Marxist tendency in Britain, Socialist Appeal, will host a day-long event on the revolutionary philosophy of Marxism. The day will feature talks on ‘Materialism and Knowledge: Can we understand the world as it really is?’ with Alan Woods; ‘Marxism v Postmodernism: Is progress possible?’ with Hamid Alizadeh; and ‘Is Marxism Fatalistic?’, with Daniel Morley. All are welcome: register for free here!

Many people – including, unfortunately, many on the left – believe that philosophy is irrelevant to the working class today. But the ruling class doesn’t take this approach. They have made and continue to make every effort to discredit Marxist philosophy. Marxism is attacked for its belief in progress and the possibility of a better society. It is criticised for being ‘too simplistic’, for ‘generalising too much,’ and for the supposedly ‘naive’ view that human society can be understood.

The ruling class is saturated with pessimism. This has been theorised on university campuses into the cynical and pessimistic philosophy of postmodernism, the influence of which stretches far beyond the university campus. In fact, this view has come to dominate public opinion. Using these means, the ruling class tries to undermine the working class’s confidence in its own ability to fight for socialism.

Despite this, we live in an age of militant protests and burning anger at the injustices of capitalism. What is needed are clear ideas with which to change the world. We need a movement built on the firm foundation of scientific, revolutionary theory. What it needs is a revolutionary philosophy, the philosophy of Marxism.

This day school will introduce the key questions in philosophy, and Marxism’s response to the accusations thrown at it by postmodernism. To register for the event, click here.

Materialism and knowledge: can we understand the world as it really is? 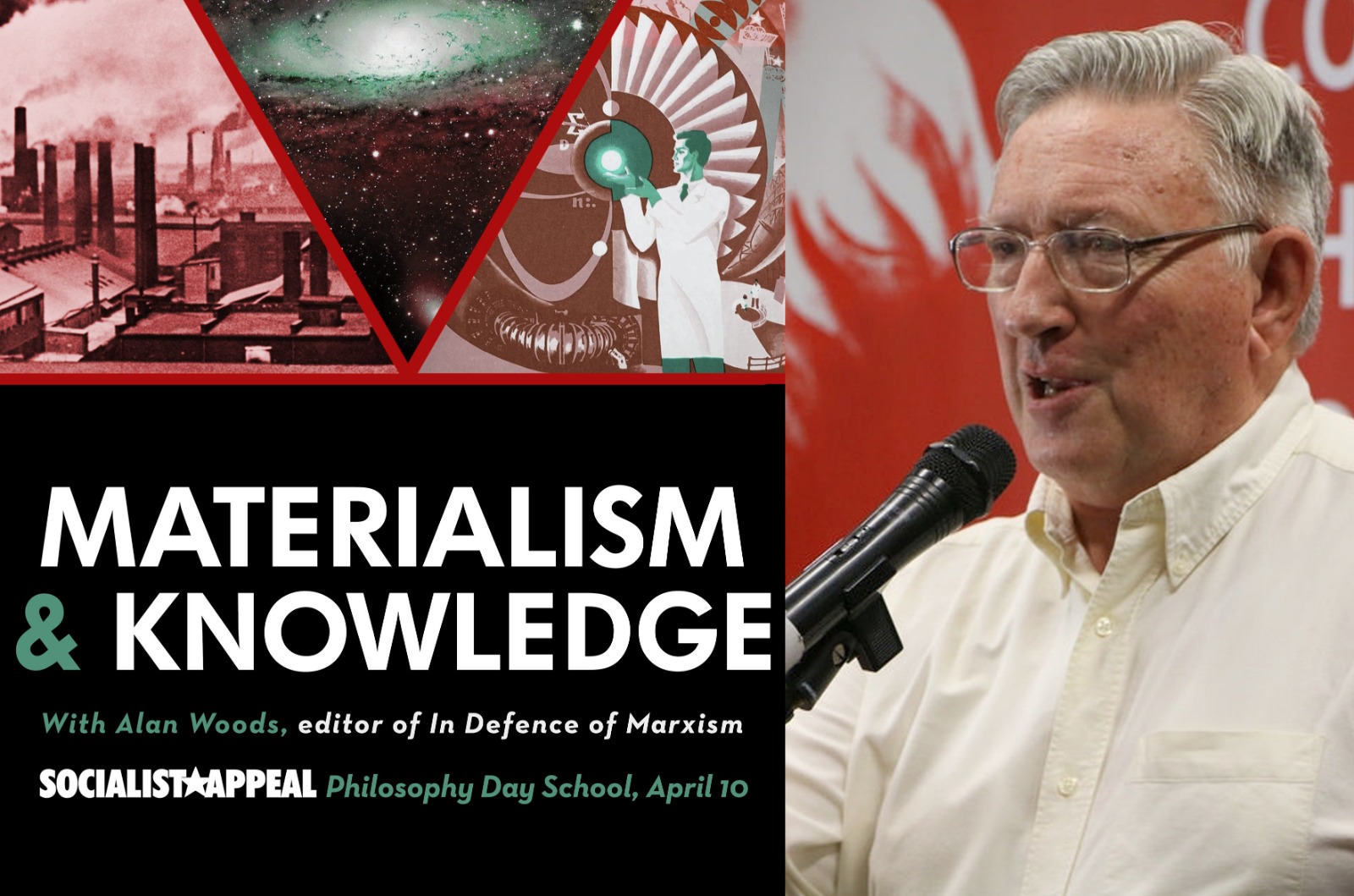 How do we acquire knowledge, and how reliable is it? Is there a real world beyond our senses? Or are each of us isolated atoms? Can we really understand the workings of society and change it for the better?

In his talk at the day school, Alan Woods – editor of In Defence of Marxism – will mount a defence of materialism against the trends of subjective idealism, such as positivism and postmodernism, that deny the possibility of objective and scientific knowledge about the world and society.

Marxism vs. postmodernism: is progress possible?

The predominant philosophical trend that is posed today in opposition to revolutionary Marxism is a brand of subjective idealism known as ‘postmodernism’. This ‘theory’ claims that no objective laws of history can be known. It dismisses the possibility of historical progress.

But can we know the laws of human history? What is ‘progress’? And is it actually possible? In this talk, Hamid Alizadeh will explain the Marxist answer to these questions.

Marxism is often accused by its detractors of being an ‘economic determinist’ theory and that nothing we do can change the course of history. Marxists are said to believe that economic forces alone determine the outcome of human history. We are told Marxists believe socialism is preordained, with or without any conscious effort to bring it about.

As Daniel Morley will explain in this session, this rigid, fatalistic caricature of Marxism has nothing whatsoever to do with genuine Marxism. Rather, genuine Marxism actually provides the greatest possible scope for conscious intervention in the path of historical development.