Britain
Share
Tweet
One year ago today comrade Phil Mitchinson died tragically of a heart attack. He was without doubt a very talented comrade who devoted his time to editing the Socialist Appeal and helping to build our tendency in Britain and internationally. Here Rob Sewell remembers Phil and the role he played. 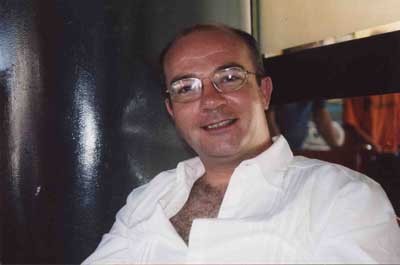 This month marks the anniversary of the death of comrade Phil Mitchinson. He was without doubt a very talented comrade who devoted his time to editing the Socialist Appeal and helping to build our tendency in Britain and internationally. For many comrades his sudden death marked a heavy blow, both personally and politically. However, for those who knew and worked with him, he was an inspiring figure, keen to engage in political discussion on whatever subject that arose.

Phil was a thinker. He had a broad view of things. In particular he had a thirst, or more correctly, an obsession, for Marxist theory to the very end of his life. He was an avid reader. When he intervened in a discussion, he always brought something new, a new angle, a new variant, which served to enrich and deepen the discussion. His lead-offs at meetings were always well prepared and magnificently executed in his own inimitable style, which was deeply influenced by his Welsh background. Phil had, what we would call in Wales, the ‘hwyl', an ability to speak from the heart that touched the emotions. "You've really got to give it to them", he would say to me about his speeches. And this is what he did. It was never a half-hearted performance. He explained the ideas of Marxism in a living way, with great passion and inspiration. Phil's favourite poet was, of course, Dylan Thomas, another man who had been influenced as a youth by Marxism.

Born in Merthyr, as you would expect, he was a great rugby fan. When the international matches were on, he would do his damnedest to see them, or at least get them recorded. Sometimes he was lucky enough to get a ticket. He followed the Welsh team with unbending devotion, explaining intimately the different tactics they should have followed to win. But Wales was a long way from its heyday performances of the 1970s. We can only dream. Nevertheless, when the occasion arose, we would sing with great gusto ‘Hymns and Arias' and other Welsh songs.

However, politics was his life. The miners' strike of 1984 brought him, as many others, into politics at the age of sixteen. His father was a miner and so the strike was a direct part of his life. He joined the Labour Party Young Socialists and then the Militant tendency. Having moved from Merthyr to Swansea, he became a full-timer for Militant. During the split in 1991/2, he fully supported the Opposition around Ted Grant and Alan Woods. He helped found the Socialist Appeal and worked as a full-timer in South Wales before moving to London in 1998. His diary from this time is full of dates of meetings up and down the country, as well as covering a host of trade union conferences. His entry for Wednesday 18th February 1998 is to speak at the Conway Hall, London, on the ‘Communist Manifesto', followed by meetings in Birmingham (24th March) and Keele University (25th March) on the same subject.

Despite all the difficulties, and there were many, Phil reveled in the work of building the tendency. He involved himself in the smallest details as well as the broadest questions. He bolstered our work in the trade unions, edited the journal, and helped to promote the youth work. As with Lenin, he saw youth as the key to the future. In this, he spent time discussing Marxist theory with the younger comrades.

Tragically, just as the situation was opening up for the tendency in Britain, his life was cut short.

He left behind two sons Sam and Jack, who he loved dearly, as well as his devoted partner Mandy.

We will always remember the contribution of Phil Mitchinson. His devotion to the cause is an inspiration to us all. He will remain in our hearts and in our struggles to change the world and put an end to the capitalist system. We will finish what he began.

In the words of Jack London:

"... I retain my belief in the nobility and excellence of the human. I believe that spiritual sweetness and unselfishness will conquer the gross gluttony of today. And last of all, my faith is in the working class. As some Frenchman has said, ‘The stairway of time is ever echoing with the wooden shoe going up, the polished boot descending."