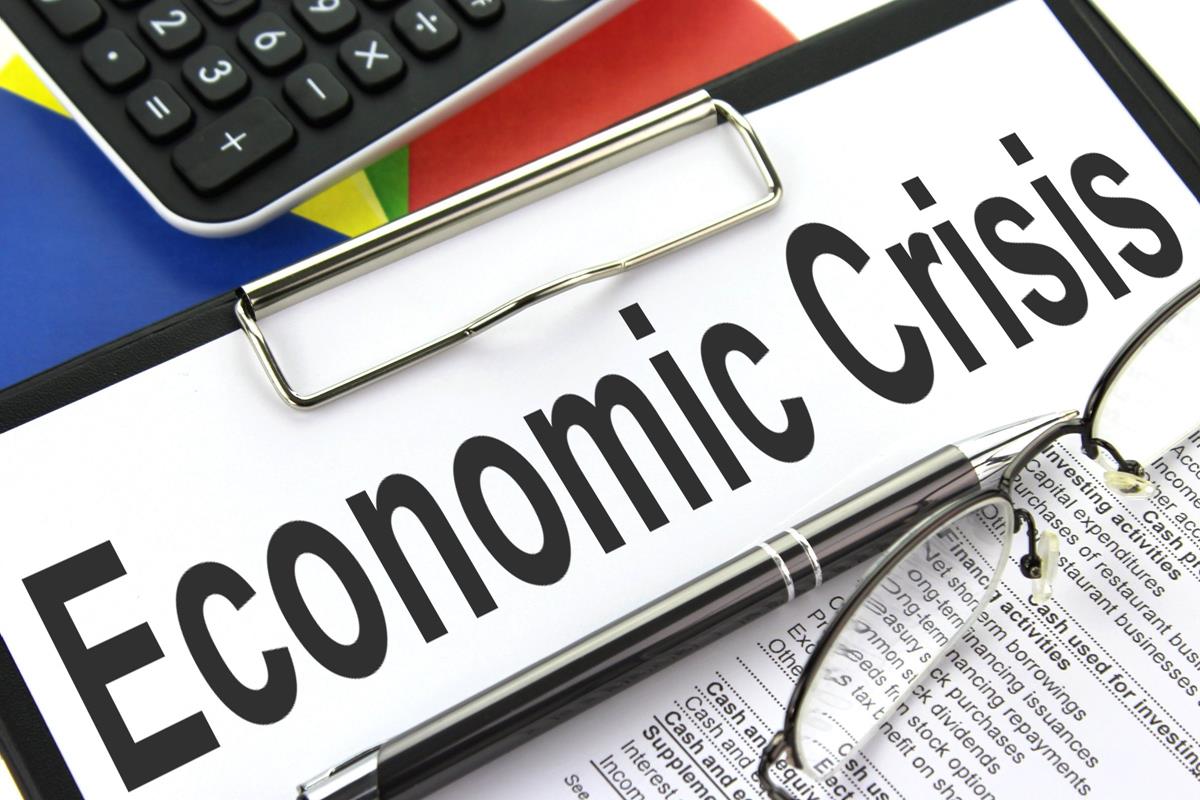 High levels of growth have been achieved in the world economy, but these have been based on huge levels of easy credit, on debt. This is not sustainable in the long run. Figures on the state of the US economy indicate that the system is reaching its limits and crisis is looming.

Compared to previous epochs, the fundamental bases of economic growth in the United States are not looking good. It is true that in 2006 the profits of the banking sector, investment funds and manufacturing companies remained high. However, a significant part of company profits was based on credit and mortgages. For example, in 2006 the North American banking sector represented something between 30-40% of total company earnings of the country, an unusually high figure compared with the 10-15% in the period 1950 to 1960. This confirms what Lenin said regarding the complete domination of financial capital in the epoch of imperialism.

On the other hand, the increase in buy-outs and mergers, to a value of almost 1.2 billion dollars in 2006, which is the same as the record achieved in 2000, has also contributed to these big profits. Company profits have been inflated as a result of including the value of shares, that always shoot up when there are these speculative movements, but the share value of these companies has little to do with their real value, nor their equity nor their volume of production and sales. This is the nature of financial bubbles: business expectations attract idle capital like powerful magnets. At present there are five trillion dollars moving around the market every day, in search of business opportunities, and these govern the fates of millions of men and women.

The alarm bells announcing a world recession were recently set off by one of the gurus of "American economic science", the ex-president of the Federal Reserve, Alan Greenspan. In a conference in Hong Kong in March, Greenspan stated without out hesitation that "...in the US, profit margins... have begun to stabilize, which is an early sign we are in the later stages of a cycle. While it is possible we can get a recession in the latter months of 2007, most forecasters are not making that judgment and indeed projecting forward into 2008 ... with some slowdown," he said. The ex-president of the Fed is not short of reasons for giving such a warning like. And he is not alone.

According to the UN annual report, World Economic Situation and Prospects 2007, a moderate fall in real estate prices could slow the growth of the US economy by 2.2 % in 2007. However, the same report also warns of the possibility that a more dramatic reduction in house prices in the United States of, for example, of 15%, would have deep repercussions. Such a fall, the report indicates, "would not only cut US growth to a rate below 1 percent in 2007 but would also substantially reduce world economic growth by at least one percentage point''. This possibility, which the British weekly "The Economist" has been warning about for some years now, could provoke a crisis on a grand scale, including the risk of a stock market crash.

The picture outlined in the above quoted report, presented at the beginning of the year, was confirmed on Wednesday, March 14 with the fall in the world stock markets. The daily newspaper El País in its comments the following day, did not lend itself to optimism: "Nervousness and fear of a recession in the United States. These were the feelings that dominated investors yesterday, who issued many orders to sell, and this led to the second largest fall of the year for the IBEX 35, of 2.7% (...). Growth in mortgage payment arrears in the United States, which have risen to 4.6%, could provoke a fall in consumption and accelerate a recession".

The granting of hundreds of thousands of millions of dollars in mortgages in the United States in recent years, thanks to low interest rates, has provided a strong impetus to the building industry which in turn has led to the creation of hundreds of thousands of jobs, to the point where four out of every ten jobs created in the United States during the last ten years have been related to the real estate sector. At the same time, however, this process has led to unprecedented levels of debt for families, and a risk of defaulting on payments that, by threatening the banking system, would affect the entire economy. In a little more than a year, 36 North American banking institutions specialising in mortgages have gone bust and have disappeared from the market, a scenario that could be repeated in the Spain in an even more dramatic way.

To appreciate the enormous danger that this sector is in, one statistic suffices: between 2000 and 2006, the value of mortgages in the United States rose from 4.8 trillion dollars to 9.5 trillion dollars.

As You Sow, So Shall You Reap

In the same way as in other fields of social activity, the laws of dialectics rule and govern the economy with amazing force. What was yesterday a source of prosperity and growth suddenly and abruptly becomes the cause of crisis and economic collapse. The massive real estate bubble, which has been stubbornly fuelled for a decade and has produced thousands of millionaires and multi-millionaires throughout the world, including Spain, threatens to end in disaster.

The fall in house sales and its inevitable effect of reducing the housing market, will be felt throughout the whole economy. The fall in property prices will clearly lead to a reduction in the value of the assets of North Americans, which will in turn affect employment and consumer spending. Fears of a ripple effect are not to be taken lightly: according to the figures used by the North American banking system, ARMs (Adjustable Rate Mortgages) will need to be increased by a trillion dollars in 2007, which could see millions of property owners so deep in debt that they will be unable to pay their mortgages.

This mortgage debt of the American population is not the only damaging imbalance that the North American economy is suffering from. Once the greatest creditor in the world, the US has now become the greatest debtor on the planet (its net internal and external debt is now 150% of its GNP), while the rate of savings, in other words the reserves accumulated within the system which give it its stability, is in deficit, something unheard of since the crash of 1929.

On the other hand, the present current accounts deficit (the broadest measurement of trade, since it includes not only the exchange of goods and services, but also the flow of investments between countries) is reaching $857,000,000,000, equivalent to 6.5% of American GNP. Thus the US must attract around $70,000,000,000 each month to finance this debt. To maintain the influx of overseas dollars, flowing in for the most part from the central banks of China, Korea and Japan, the Federal Reserve has to increase the interest rate. This further exacerbates the situation in the housing market, increasing the cost of mortgages, putting a brake on consumer spending and making productive investment more difficult, thus affecting general growth.

Many American economists are amazed at the parallels between the current situation and the period preceding the Great Depression. In the 1920s, the financial bubble was also fed by the expansion of personal debt, and the acquisition of stock was financed by bank loans. Also, in the 1920s, the gap between the richest few and the immense majority of the population widened dramatically. Between 1920 and 1929, 75% of the population received only 45% of the national income, while the top 25% of the population received more than 55%. Also between 1923 and 1929, the average productivity of manufacturing workers rose by 32%, while in the same period, salaries rose by only 8%. Is this not the same tune that is being played worldwide today, onlyu even louder?

The warning signals of crisis are emerging everywhere. Apart from those listed above, another clear indication is the destruction of skilled labour in the developed capitalist countries. The auto industry is a good barometer in this respect. This year alone, the three Detroit giants (General Motors, Chrysler and Ford) sacked 100,000 workers in their US and Canadian plants. The objective obviously being to maintain their current earnings through the reduction of labour costs, that is to say, to get more absolute and relative surplus value out of the workforce. And all this comes after a merciless offensive against salaries: the average income of a worker in US manufacturing is 17% lower than what it was in 1972.

The crisis in the auto industry is not a minor detail, it indicates that over-investment has reached the heart of capitalist production. Car sales, fed by the low interest rates of recent years, are also reaching their limit. Although the market could pick up, as has occurred in the last decade, competition between different auto companies is intense and there is not enough room in the market for all of them. The accumulation of capital is colliding with the objective limits of overproduction, which occurs precisely at the height of an economic boom. The same could be said of other branches of industry. From here on in begins the downward spiral of falling rates of profit, disinvestments, mass lay-offs and factory closures, in essence, the destruction of the productive forces.

In spite of attempts to hide what is really going on, the future looks dark for the world economy, and this will have deep repercussions in the class struggle.