Share
Tweet
Such was the indignation of ordinary Americans that yesterday the much trumpeted $700billion bailout was voted down in Congress, sending shockwaves around the world's financial institutions. Whatever they do now, a new package or no package will mean serious economic downturn and reveal the real nature of capitalism to all.

What a kick in the face for America's capitalist elite! The US House of Representatives voted to reject the Emergency Economic Stabilisation Act put forward by Treasury Secretary Hank Paulson, Fed Chairman Ben Bernanke, President Bush, Vice-President Cheney, the majority Democrat leader of the House, the Republican minority leader of the House, both candidates in the upcoming presidential election, Barack Obama and John McCain and all the American media. 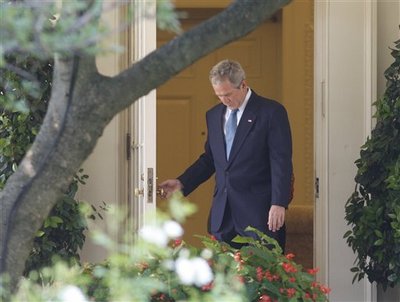 Hank Paulson wanted to take $700bn of taxpayers' money, equivalent to 6% of America's annual output, and not spend it on new hospitals, Medicare, more schools and better education; No, not on that. Paulson wanted to spend it buying up the bad and rotten debts of the big banks and financial institutions so they could start making profits again.

But the American electorate was not having it. Congress members were deluged with emails, letters and phone calls from constituents demanding that this legislation be thrown out. It did not matter that the ‘great and the good' were saying this payout, equivalent to the entire cost of the Iraq war, would have ‘safeguards for taxpayers'. They knew it was just a bailout for the rich at the expense of the majority of working people.

The fat cats of Wall Street were led by the Treasury Secretary Hank Paulson, the former head of Goldman Sachs, the most powerful investment bank in the world. Paulson used to get $40-50m a year in salary and bonuses. He wanted to save his former bank and all the others.

Paulson represents just 1% of the population, those 450 billionaires in America and 3m millionaires who between them own 25% of all America's wealth. The credit crunch was losing them money big time. He aimed to get taxpayers' money to bail them out.

Fear and terror were proposed to the people if this law was not passed. The world would come to an end, he said. Well, not enough Congressmen and women, even though many took money from finance capital, would take the message. A majority of Republicans, driven partly by an extreme ideology against so-called "government interference in markets", and partly by pressure from the electorate that can vote them out of office in just five weeks time, rebelled against their leaders. Also, many Democrats backed the views of their constituents against their sycophantic leaders. The vote to bail out the rich was lost.

What happens now? Well, the rich elite will make strenuous efforts now to reverse this decision. They will try to make Congress vote and vote again until they get their way. And maybe they will succeed.

There are two possibilities for capitalism. The first is that the vote stays lost. Then more banks will fail (three big ones failed on the same day that Congress voted); the stock market will fall further (it was down by the biggest amount since 9/11). America would be staring depression in the face, equivalent to the 1930s.

Paulson is right: Failure to bail out his friends will mean a strike of finance capital; another squeeze of credit and then companies will stop producing, profits will fall (they are already falling at over 10% a year now) and jobs will be lost, as the housing market dives further.

The second is that the vote eventually goes through. That will mean massive government spending to bail out the banks and huge printing of money to help the fat cats. That will mean inflation alongside stagnation of the economy in America, Britain and Europe.

So the alternatives are depression worldwide or stagflation worldwide. Americans are beginning to see the reality of capitalism.