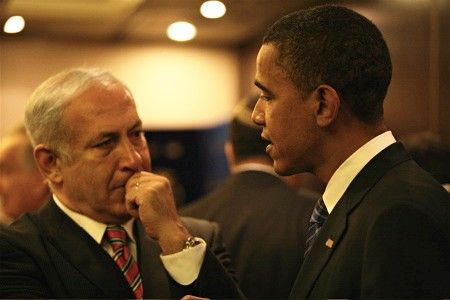 President Obama’s recent visit to Israel and the ‘Palestinian Territories’ has proved to be another abject failure in an obscene diplomacy being flaunted by US imperialism to end the conflict in the region. The only thing this visit brought to the fore is the sheer weakness of Obama and his policy of appeasing Zionist hawks as well as the US right. During the visit he reiterated over and over again that the USA was the best ally Israel could have and Washington would continue to support Israel come what may. In short, it was a high-profile visit by yet another US president with the same old failed message. In many ways, this visit was an endorsement for the Zionist state to continue its belligerent policies of occupation and repression of the Palestinian masses.

The new coalition government in Israel, which was hurriedly cobbled together ahead of Obama’s landing, consists of pro settlements hawks. The agenda of the current Israeli regime is like that of previous ones: mass evictions, arrests, the building of concrete walls around illegal settlements to fortify the occupation of Palestine. In spite of UN proclamations, Israel continues to extend Jewish settlements in the West Bank, endorsed by Western imperialism. The Palestinian Authority functioning under Israeli tutelage has just set one condition for the resumption of the ‘peace talks’: a freeze on the building of new settlements.

However, President Obama instructed Mahmood Abbas, the nominal Palestinian President, to resume the ‘peace talks’ unconditionally. There are 1.6 million Palestinians in Israel, 2.6 million in the West Bank and another 1.7 million in the Gaza strip. All are virtually prisoners of the Zionist state. Day to day life for Palestinians is a relentless agony of humiliations at check posts, disruption of television channels, the concrete wall that cuts through Palestinian areas, torture and wanton arrests.

The 1960s and 70s have witnessed a radical phase marked by an armed struggle for the liberation of Palestine. However, this failed to dislodge the Zionist state. Paradoxically, the casualties among ordinary Israelis caused by individual terrorist attacks created fear that strengthened the brutal Zionist state. After the failure of this tactic the Palestinian leaders went to the other extreme of adopting a ‘negotiated settlement’ under the auspices of the UN and Western Imperialism. Since the 1967 Arab-Israeli war a number of peace plans and negotiations have taken place, but in vain.

On 22 November 1967, the UN Security Council passed Resolution 242 which called for the “withdrawal of Israeli armed forces from the territories occupied in the recent conflict.” After almost half a century, Israel has extended annexation as opposed to any withdrawal.

After the Yom Kippur War in October 1973, the Camp David Accord was signed between the Egyptian president Anwar Sadat and Israeli Prime Minister Menachem Begin under the supervision of US president Jimmy Carter in November 1977. The Palestine question was ignored.

The list of “peace” conferences and agreements is long: Madrid Conference in 1991, Oslo agreement of 1993, Camp David Talks in 2000, the ‘Quartet’ Road Map of the UN, European Union, US and Russia, presented in 2001, the Saudi peace plan of 2002, the Geneva Accord of 2003, the Annapolis summit in 2007 and numerous other diplomatic manoeuvres besides UN initiatives, have utterly failed to address the Palestinian question and even make any real progress in its resolution.

Obama is once again insisting on the resumption of ‘peace’ talks between the Palestinians and the Zionist leaders, accentuating a two-state solution. Even if the Palestinians are granted an ‘independent’ state, this will be a truncated, fractured state with no real power. Under the shadow of the belligerent intimidation of Israel’s military and economic might with imperialist backing the Palestinians would remain economically and politically pinioned. It will be a state with the authority of limited municipal status and functions. The present right-wing Prime minister of Israel, Benjamin Netanyahu, is not enthusiastic about the two- state solution either. Ehud Olmert his predecessor spelt it out, “He has never made a clear cut commitment to the two states solution.” He insists that Israel must control the Jordan Valley as well as the airspace above the Palestinian territories. His party Likhud now calls for the Biblical myth of a ‘Greater Israel’.

With the catastrophic economic crisis, defeats in Afghanistan, Iraq and diplomatic failures in Latin America etc, US imperialism is as Trotsky commented, “a monster with feet of clay.” The hawkish Israeli rulers are aware of this. Their attitude towards Obama is a manifestation of this reality.

The Palestinian masses, besides the Israeli brutalities, have also been misused and abused by the reactionary Arab monarchs and despots. They have been used as an external ploy by these rulers to crush internal dissent. Even in the West Bank the leaders of the Palestinian Authority have been collaborating with the West and Israel. The Palestinian leaders have amassed wealth through corruption. There were several militant and angry protests against this regime during and after the wave of the Arab revolutions of 2011.

The new rulers, emerging in the post-Arab spring, are hardly any different. If Hosni Mubarak was brutal, Morsi has proved to be even crueler. The Economist reported on March 9:

“Worse for the Gazans, Egypt’s government recently took unusually severe measures to stop goods, including all the strip’s fuel needs and much of its material for building, being transported through tunnels under its border. Since late January, Egyptian army engineers have flooded the warren of tunnels with sewage, demolishing dozens of them….Some (Hamas) leaders are resorting to more virulent Islamist language in order to fend off the charge of truckling to Israel….Some Gazans have set fire to themselves in the hope of sparking a Tunisia-style uprising. A recent protest rally, where men and women mixed freely, was Gaza’s largest ever.”

The two-state solution is a smoke screen to perpetuate the criminal occupation of Palestine. Israel, despotic Arab regimes and Sheikhdoms created, nurtured and supported by imperialism, will not allow the establishment of a Palestinian state. It is a utopian trance.

The power recently displayed by the ordinary people of Israel on the streets of Jerusalem, Tel Aviv and Haifa, with more than ten percent of the population participating, have revealed another path to overthrow the reactionary Israeli state and the despotic regimes in the region. This movement, which was part of the 2011 upheaval in the Middle East, brought to the fore the reality that Israel, as any other country, is a class divided society with huge discontent among the majority of the population.

The road to the national liberation of Palestine goes through the class struggle in Israel, as well as in the reactionary Arab regimes and on an international scale. A revolutionary victory in any major country will pave the way for a socialist federation that will ensure the social economic and national liberation of the oppressed people of the region.