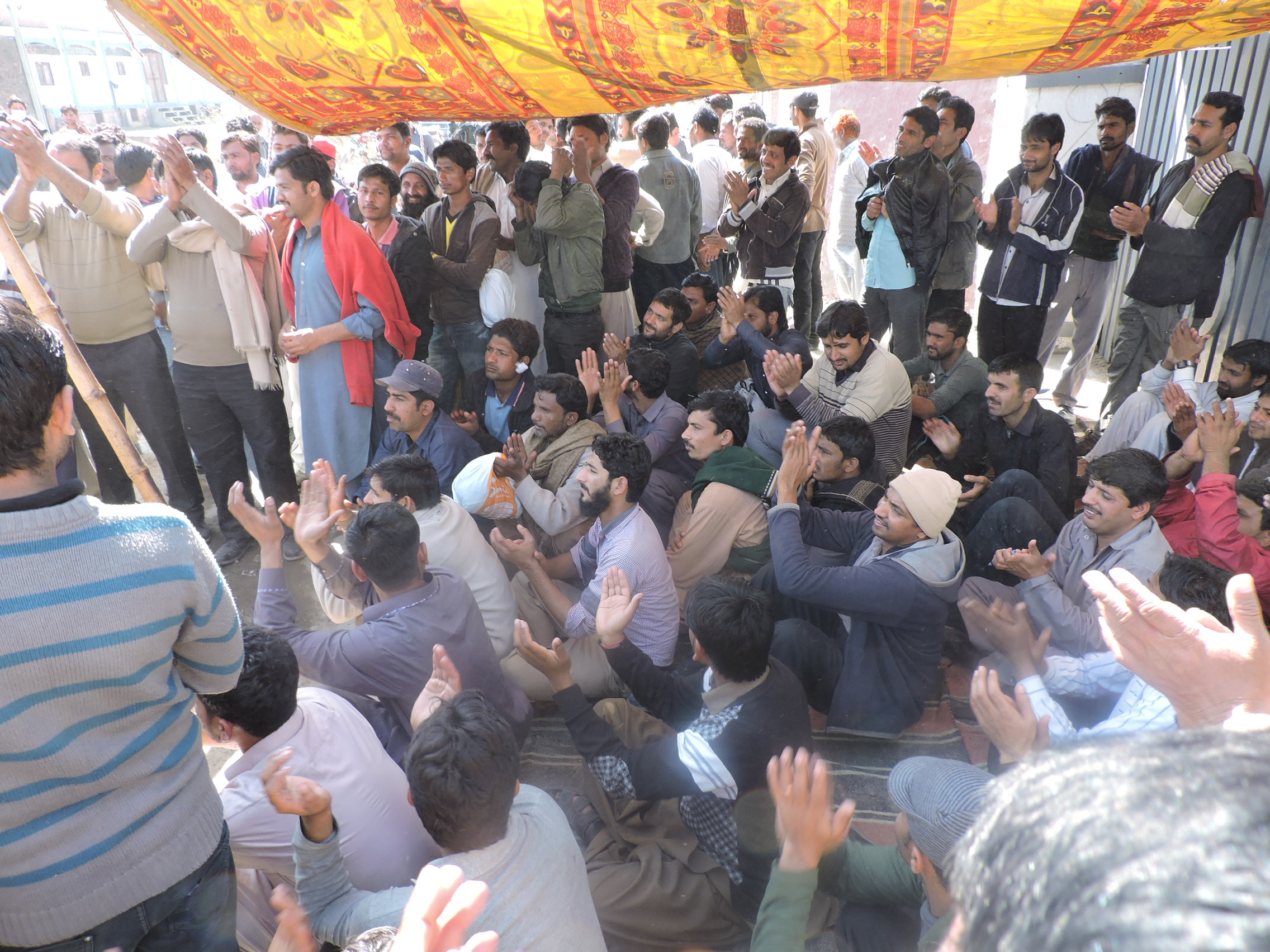 United Detergents factory is situated on the Lahore-Sheikhupura road and has been making washing powder for the better part of two decades. For the past ten years it has become a third-party contractor for Unilever Pakistan, Surf Excel, Vim washing soap and Sunlight detergent. There are almost five hundred workers, 350 of whom are employed on a day-to-day basis, while 150 are contracted.

The daily output, excluding Vim bar, is around 160 tons. Even after such production and immense profits, the workers labour under slave condition. There is no implementation of labour laws. There are workers have been working for between fifteen and twenty years, but none of the workers are permanently employed. According to the labour laws of Pakistan a worker should be given permanent employment after ninety days of work. Contracted wage labour was introduced in 2009. Workers who were directly employed in the factory were turned into contracted workers overnight. Those who voiced their anger over this gross injustice were immediately sacked, and since then the exploitation of workers has reached barbaric levels.

A labour union was registered under labour laws around six months ago due to the efforts of the PTUDC, but since then the management has been trying desperately to break up the union. Under pressure from the workers, the factory owner has made countless promises to recognize the union as true representative of the workers and implement the labour laws, but each time the promises have turned out to be lies. The factory owner, for the last couple of weeks, in collusion with labour department has been trying to break up the union using threats, false pretenses and outright lies. The workers were forced to sign and fingerprint blank papers which were subsequently used to file no-confidence resolutions in the labour department against the registered union, while those who resisted had the factory gates closed in their face.

After such malicious tactics, the union started a complete strike on February 22nd beginning with a factory gate sit-in at 7:00 p.m. There was a complete halt of production and even the raw material were not allowed to cross the picket line. The following day the management hired goons to threaten the workers. They first attacked the workers by throwing stones, and then resorted to gunfire, injuring four workers. The local police acted as the accomplices of the management. Instead of filing a case against management they are harassing workers with dire consequences.

The union demands include:

The PTUDC extends complete solidarity with the workers and is planning country-wide protests against this brutality on behalf of Unilever. Comrades of the PTUDC are constantly present with the striking workers and delivering solidarity messages to them. The PTUDC fully supports all the demands of the workers.

PTUDC national organizer Rashid Khalid, Lahore organizer Dr. Valeed Khan, Dr. Aftab Ashraf, Zain-ul-Abideen and others visited the sit-in camp and carried out many fruitful discussions with the workers. Workers from other industries on the Lahore-Sheikhupura road, such as Nestle Pakistan, EMCO Tiles and Insulators, and other industries, visited the camp throughout the day and expressed solidarity with the workers. 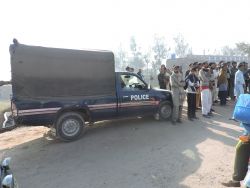 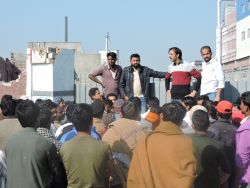 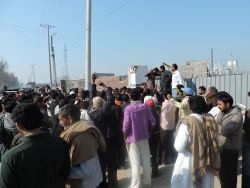 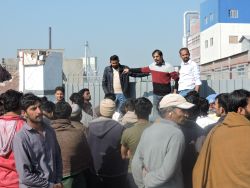 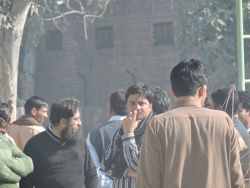 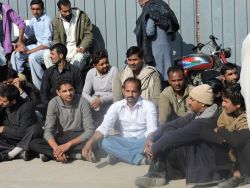 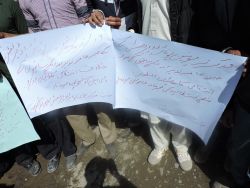 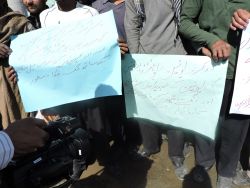 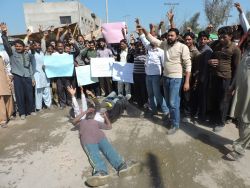 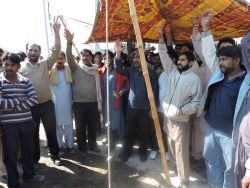 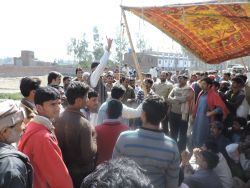 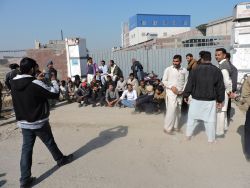 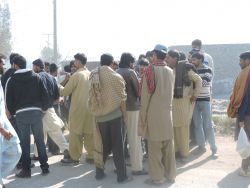