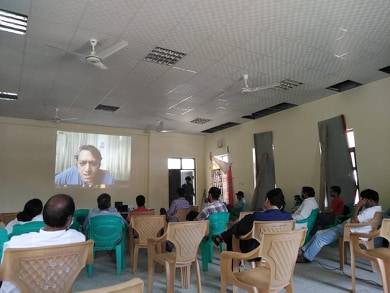 A successful online congress was held by the Pakistan Section of IMT, Lal Salaam, on 20-21 June via a webinar on Zoom. Total registrations for the Webinar included 418 delegates from across the country, along with the delegates from other countries in the region, including India, Nepal, Bangladesh and Afghanistan. There were also delegates from the IMT Sections of the USA, Russia, Italy, Sweden and Britain. Many expatriate Pakistanis participated in the Congress, including comrades from Britain, Australia, South Africa and the Gulf countries.

In some places, special screens were arranged where comrades could gather following social distancing rules to view the congress and avoid technical issues arising from a lack of internet, smartphones or electricity, and other infrastructural issues. In one such meeting point in Rawlakot, Kashmir around 30 comrades gathered for two days to attend the congress. Also, many delegates couldn't attend despite registering themselves due to power shutdowns, internet issues and other health emergencies. But despite all the difficulties, more than 350 delegates were able to participate in the discussions over the two days. 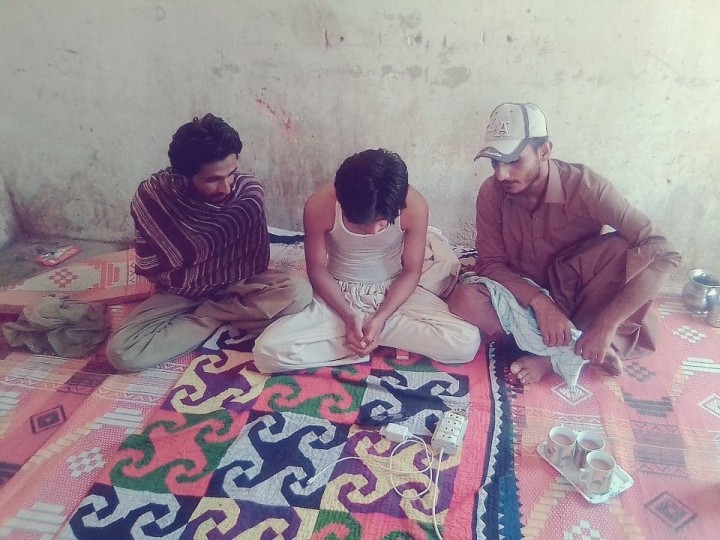 More than 350 delegates were able to participate in the discussions over the course of two days / Image: own work

The first session of the congress was on world perspectives, in which Rob Sewell from the International Secretariat of the IMT gave a detailed introduction of the current situation arising from the coronavirus pandemic and the world financial crisis of capitalism. He also elaborated on the mass movement going on in the USA over the issue of racism, which is now spreading in many European countries. After that, delegates from the US, Italy, Russia, Sweden and India contributed to the discussion. Comrade Shivie Pandit from JNU University in Delhi gave a detailed report of the recent student movements there and the horrific plight of the working class in these conditions. Rob summed up the discussion.

The second session was on the situation in Pakistan, in which Adam Pal gave a lead off the horrific state of affairs in the country and the collapsing health system. A large part of the population is being pushed into extreme poverty, and hundreds are dying of hunger. Deaths by coronavirus are also rising at a very rapid rate, though this is not reported in the media or by government figures. Unemployment has also reached new heights, in which 70-80 percent of the 62-million-strong workforce of the country is facing a serious crisis, along with new attacks in the form of increased taxes, price hikes; and routine shortages and black trade of daily use items like wheat flour, sugar, fuel and other basics.

The whole fabric of the society is tearing apart, the system is collapsing. The ruling class is withdrawing its money quickly and shifting it to safe havens. Their loot and plunder is piling up as the elite trying to tear apart the last bones and bits of flesh from the decaying corpse of capitalism. The consequences fall on the shoulders of the working class, which is being ground between a rock and a hard place with no political alternatives on the horizon. But this is preparing unprecedented revolutionary movements in the coming period, which will transform the whole situation and pose the question of power. The state repression and all other brutal measures will not be able to stop the masses when they come out on the streets. 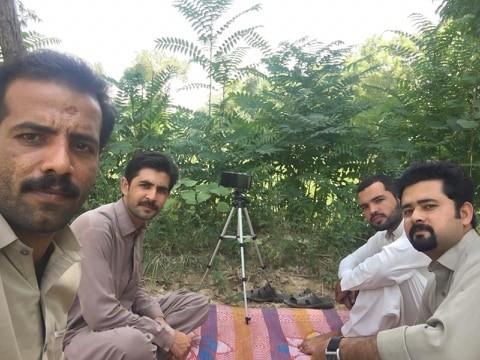 Comrades from all over the country participated online / Image: own work

Many other comrades contributed in the discussion, including Razaaq Ghurzang from Balochistan, Siddiq Jan from Pashtoonkhwa, Ehsan Ali from Gilgit-Baltistan, Yasir Irshad from Kashmir, Umer Riaz from Islamabad, Fazeel Asghar from Multan and Salma Nazar from Gujranwala, among others. Adam Pal summed up the discussion, giving answers to many questions raised by the participants.

A comrade from Kabul, Afghanistan also intervened in the discussion and reported about the crimes of US imperialism and Islamic fundamentalism in that country. A student leader from Amritsar, Indian Punjab; and trade union leader from Tamil Nadu, India also participated in the discussion. Arsalan Ghani, from Britain, also took part.

The IMT marches forward in Pakistan and beyond!

The next day opened with a discussion on the labour movement in Pakistan. Dr. Aftab Ashraf, central organiser of the Red Workers’ Front, introduced the discussion, for which a detailed document had already been circulated among the comrades. He highlighted the recent attacks on the working class by the rulers in which the health budget is under attack, even during the pandemic and public hospitals are being privatised on a massive scale. The health system that is currently only available for only a tiny section of population is collapsing, leaving 95 percent of the 220 million population without any health facilities. Health workers are also facing the brunt of the pandemic, with the death rate among them mounting. He also highlighted their current struggles, and also those in other sectors, like the PIA and Steel mills, which are facing mass layoffs of around 13,000 workers, as well as privatisations. Maqsood Hamdani, from the electricity department, also contributed to the discussion. Others who participated included Dr. Farhan Gohar from the Children’s Hospital in Lahore; Adeel Zaidi, Lahore; Karim Parhar from RWF Quetta; Anam Khan from Karachi; and Ali Issa, representing industrial workers around RWF from Hyderabad. 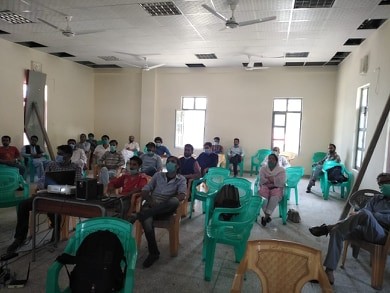 Many comrades watched the Congress remotely in groups / Image: own work

Comrade Paras Jan opened the organisational discussion, and gave a detailed analysis of the activities of the past year, in which the IMT has seen rapid growth in Pakistan. This achievement has been replicated across all sections, with branches being established in new areas like Giglit-Baltistan in the north, Kharan in Balochistan in south and new avenues opening up in many new cities of Sindh, including Thar Desert. The launching of Online Mazdoor TV has also been a success, with the recent programme on the plight of Women in Pakistan getting a tremendous response, with more than 10,000 views. The membership of women is also rising very fast and many new cadres are taking responsibilities in the organisation.

Comrade Yasir Irshad presented the CC slate, which was later voted in unanimously. Other comrades came to present the reports of their regions, which highlighted the great advance everywhere.

In the end, comrade Jorge Martin from the International Center presented an organisational report for the IMT across the world, which was very inspiring for all the participants. The IMT is building its forces all over the world and its reach through its website and social media has climbed to new heights. 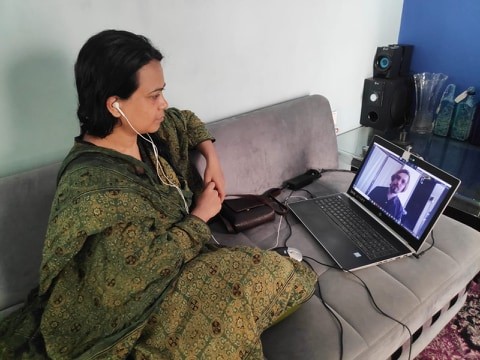 Many women comrades took part, and lots of female cadres are developing in Pakistan / Image: own work

Finally, Alan Woods summed up the Congress with a revolutionary speech and congratulated all comrades for holding this successful event in difficult times. He also emphasised the need to build sections in other parts in this region, and said that the international work has got a new boost from online activities which were not possible before.

Alan's remarks were received enthusiastically by the participants, which was reflected in the outburst of revolutionary slogans at the end of the meeting, especially in Kashmir, where more than 30 comrades gathered at one point to attend the Congress. Though there is no substitute for face-to-face meetings, the new avenues opened by these online meetings were demonstrated for the first time. This has added a new dimension to our revolutionary work, which will now be a permanent feature everywhere. Especially in the regions where visa regimes, artificial borders and wars between the ruling classes have divided whole populations for decades, constantly feeding hatred between them to perpetuate the rule of capital. All this has been a huge obstacle for our work in the past, but this online congress gave us new hope against all these odds.

This Congress has given a great boost of enthusiasm to the comrades fighting in the most hellish conditions on this planet, where misery and poverty are now reaching unprecedented levels. The Congress aimed to achieve the goal of socialist revolution, not only in Pakistan but in the whole of South Asia, to undo the crimes of Partition, along with ending all kinds of wars, oppression and brutality forever.