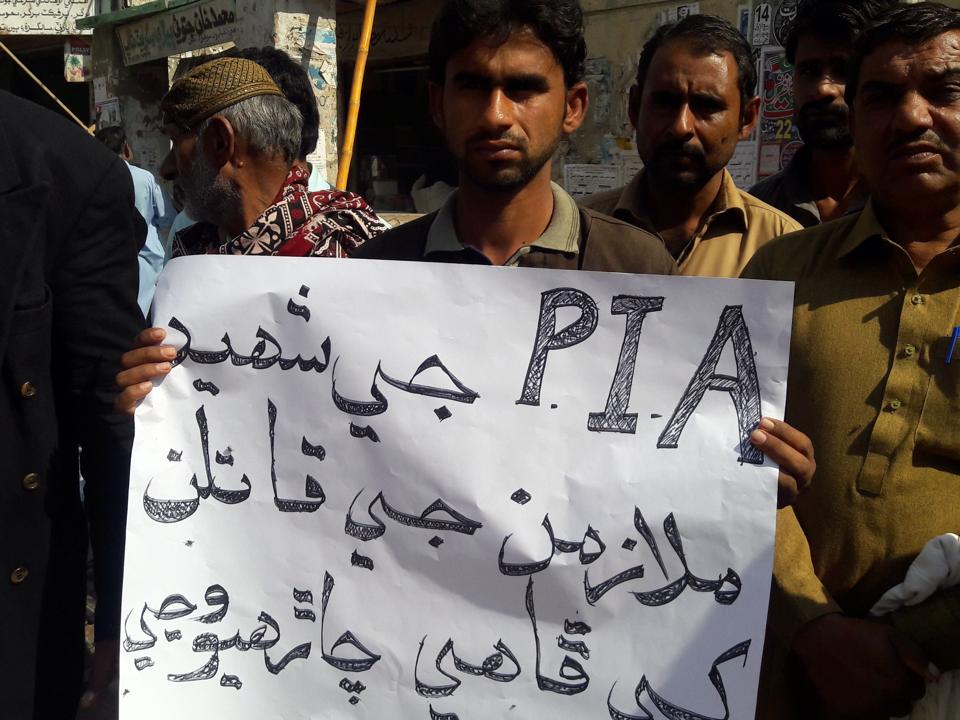 The PIA workers’ strike has entered its 7th day. Following the murder of three workers by security forces in Karachi last Tuesday, when the workers’ peaceful protest against privatization was brutally attacked, the intensity of the strike has peaked.

News of the tragic events soon spread to the other parts of the country. A complete shutdown of operations was initiated by the workers, grounding flights. This marks the first time in the history of the Pakistani labour movement that PIA workers, flight operators, pilots and ground staff have all struck together.

The Prime Minister, Nawaz Shariff, government ministers and officials, have denounced the strike and refused negotiations with the strikers. Shariff has even threatened the union leaders, as well as the striking workers, with dismissal and one year's imprisonment on the violation of the so-called “Essential Services (Maintenance) Act, 1952”.

The workers have not only continued their strike, but intensified their protests. Collections among the wider working class are being made in order to meet the daily expenses of the strike, such as food and tea. In Rawalpindi, Hidayatullah, the president of the “People's Unity with the PIA Employees Union”, senior vice-president Zameer Chandio, and two other union leaders, Mansoor Dhillo and Saifullah Larak, have been abducted and moved to undisclosed locations. The police is denying responsibility.

The comrades of the PTUDC (Pakistan Trade Union Defence Campaign) are intervening in these protests with full force, trying to connect this struggle with the anti-privatization movements in other areas like WAPDA ( Water and Power Development Authority) and on the railways. These efforts have strengthened and encouraged the striking workers, breaking the isolation of this movement to some extent.

Many PTUDC comrades have addressed the PIA workers throughout the country, exposing the real character of the government regime and imperialist institutions like the IMF, who are implementing the policies of privatization and austerity all over the world.

The workers have welcomed the role of PTUDC, and even publicly praised the role of the IMT in their speeches. The striking workers have also asked for solidarity statements condemning the privatization, state oppression and abduction of union leaders.

We appeal to all trade unions, workers’ organizations and comrades from other countries to send solidarity messages. Such messages will be read in protests and meetings and will play a vital role in boosting the morale the PIA workers.

Send messages of solidarity to: editor@marxist.com