The general rottenness of world capitalism and the brutal economic measures adopted by the PPP government has led to widespread misery and anger among the Pakistani masses. The Pakistani working class has been made to bear the brunt of this catastrophe. Just like other parts of the world there is a new awakening within the Pakistani proletariat, which could be felt in the struggle and victory of the KECS workers and now in the strike by the PIA workers. 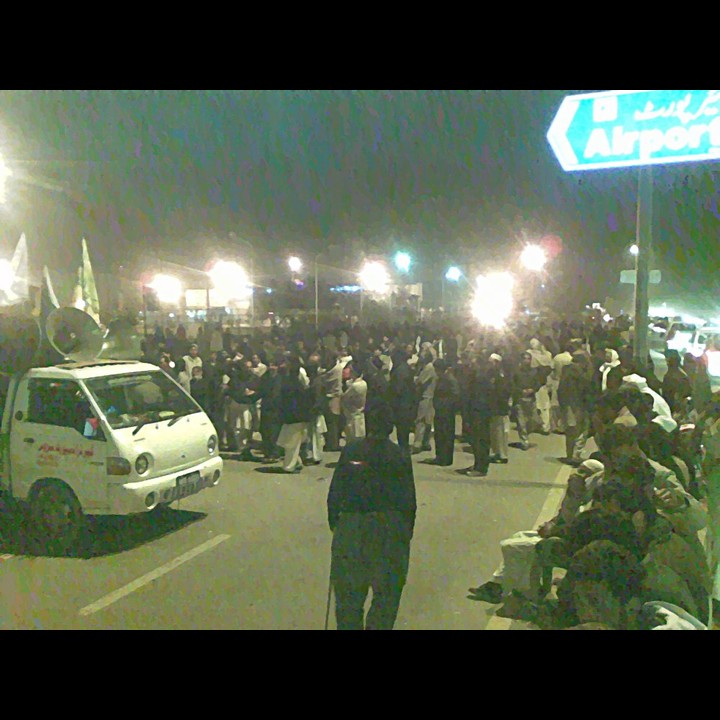 akistan International Airlines (PIA) is the state owned flag carrier of Pakistan operating scheduled services to 24 domestic destinations and 39 international destinations in 25 countries across Asia, Europe and North America. Established in 1946 as Orient Airways it employs 20,000 workers and plays a key role in the Pakistani economy. Once a profitable organization, PIA has been losing money for some years now owing to the corruption of its top management, most of which have the only merit of being personal friends of those in the government.

PIA was one of the state owned institutions that the government has put up for privatization. Fearing the reaction from the workers, the government has so far been unable to sell it off. The resentment amongst the workers has expressed itself repeatedly during the past few years. In November 2007 there was a strike by 800 aircraft engineers for an increase in their salaries. In April 2009 the Pakistan Airline Pilot Association (PALPA), which has been the most militant association, organized a strike. In August 2010 another strike was called by PALPA.

This year PIA signed a Memorandum of Understanding (MOU) with Turkish Airlines, according to which international routes to major western destinations were to be given to Turkish Airlines. This would mean a reduced number of flights and destinations.

The workers of PIA were well aware of the fact that management would use this to sack thousands of workers. All unions and associations immediately rejected this agreement. Five pilots have been told to stay away from work and around 70 PIA employees were forced into compulsory leave last month because of “agitation” against management plans (Express Tribune).

On 7th February the Pilots’ association started a strike and soon all other workers, including cabin crew, kitchen staff and ground staff joined in. The People’s Unity CBA union issued the call for a complete strike. All other unions and associations joined in. A Joint Action Committee of PIA Employees, the JACPIA, was formed to lead the strike action. The staff has been on the picket lines since Tuesday and 100 flights have been grounded. The Rangers (paramilitaries) have been deployed at Islamabad Airport who, along with the Airport Security Force (ASF) officials, stopped the entry of protesting PIA workers into the airport premises on the orders of the defence minister. The workers have camped on the road in front of the Islamabad Airport. The protesters were further enraged by the comments by the defence secretary calling the strike illegal. On Wednesday ASF personnel baton-charged protesting PIA workers at the Jinnah International airport, Karachi, injuring two women and several media-persons present at the occasion.

The government has set up a negotiating committee comprised of Labour Minister Khursheed Shah and Chaudary Manzoor which held talks with the Joint Action Committee and tried to diffuse the strike with false promises. The Interior Minister Rehman Malik has also held talks with JAC representatives.

So far these negotiations have failed and a complete strike is going on all over the country. Activists from the Pakistan Trade Union Defence Campaign (PTUDC) have become familiar faces on the picket lines all over the country, particularly at Islamabad and Karachi airports, distributing leaflets and making speeches in solidarity with the workers.

On 10th February the Pakistan Oil Tanker Association Chairman, Aslam Niazi threatened to disrupt oil supplies to all the Airports in the country if the demands of the PIA workers are not met by 12th February. Workers and trade union activists from several other organizations have shown solidarity with the striking workers, including Riaz Hussain Lund, President PTUDC, Dr. Changez Malik from Rawalpindi PTUDC, Rana Abid Nazeer Khan from Pakistan People’s Lawyer s’ Forum, Sajid Kashir from the Jammu Kashmir National Students Federation, Iftkhar from the Unemployed Youth Movement (BNT) and Raja Imran from the Pakistan Railways Labour Union.

Shoaib Khan Senior Vice President of the People’s Unity CBA Islamabad while talking to our correspondent has vowed to fight till the following demands are met: