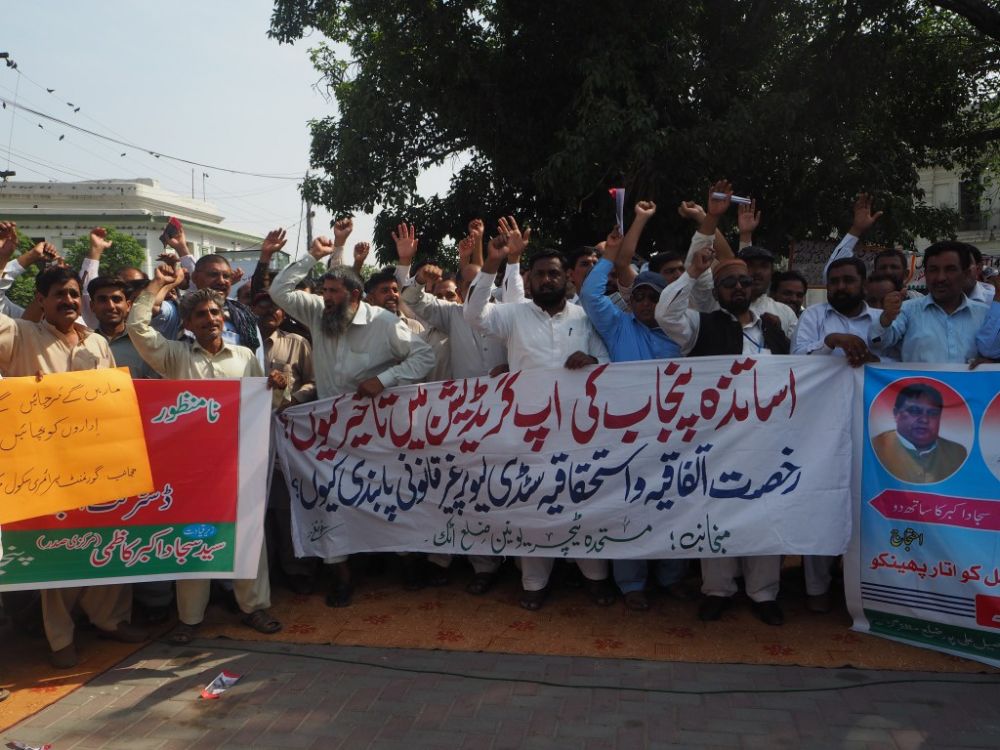 Privatization is top of the government’s agenda in Pakistan. All public sector institutions are being privatized rapidly, leading to unemployment of millions of workers. As a result, millions of families in Pakistan are being deprived of their small incomes and pushed further into poverty and misery. Along with that, the already shabby and dilapidated social infrastructure is being handed over to the vultures of private capital, who are tearing it apart, leaving the whole fabric of society in tatters.

After the health sector, now it is the education sector which is under ferocious attack by the ruling class. In Punjab, the largest province, with a population of more than 100 million, schools for children are being privatized on a massive scale. More than 800,000 teachers are employed in this sector including a large number of females, while millions of children from working class families get their basic right of education from these schools.

On the pretext of "improving" education, the Punjab government is handing over thousands of schools to the private sector. Along with that, government teachers are being continuously harassed by government officials so that they leave their jobs "voluntarily". Every day new punishments are introduced for the teachers, and monitoring teams comprised of retired army personnel are being formed to inspect them. Now it is the responsibility of the teacher to ensure the full enrolment of students: if a student is not coming to school, then the teacher must go to the student’s home and bring them to school.

School teachers are angry about these ruthless government attacks, which are not only attacking their jobs but also the basic right of education for millions of children from the working class. Already private schools are spreading like mushrooms throughout the whole country and are extracting huge sums of money from parents in the name of "better" education. In Pakistan, the education system is not uniform but is different for children from different social backgrounds. Children of the rich enjoy education in expensive schools following the Cambridge system of education from the UK. For middle class families, private schools teaching the curriculum in English are available, while for children from working class families, their parents can only afford government schools teaching in Urdu. Government schools across the country are famous for a lack of teachers and poor infrastructure, with no rooms, water, toilets or basic necessities for teaching. This is why very few children from these schools complete their education and the dropout rate is fairly large. But apart from that, the majority of children in Pakistan never go to school and are forced to enter the labour market at the age of five or less. They support their families, who cannot afford two meals a day on regular basis. 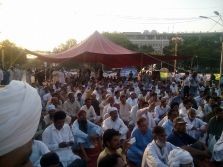 In Pakistan, government figures for the literacy rate are a fraud, and a person who can write only his or her name is considered literate. Even according to this figure, the literacy rate is 58 per cent, ranking 160th in the world, while being the sixth most populous. Amongst females, the literacy rate is much lower and stands around 45 per cent officially. According to one report only 18 per cent of females receive ten years or more of education.  The expenditure on education in Pakistan is already only around two per cent of GDP, and with the privatization process it is being reduced further. In fact, government is withdrawing from its responsibility to provide education and is surrendering the whole population to the mercy of the private sector. The only consequence of this will be that more than 85 per cent of the population will be pushed further into illiteracy, and the coming generations of working class will not be able to read or write.

In this situation the school teachers are coming out in big numbers to save this basic right for the people. On May Day and afterwards this year, huge protests of teachers were held across Punjab to resist privatization. Due to this pressure building in the rank and file, and the aggression of the government over school privatization, the leadership of the Punjab Teachers Union (PTU) was forced to call for a sit-in in front of the Punjab assembly on Saturday 14 May. On this call, a large number of school teachers, including women teachers, gathered outside the Punjab Assembly in Lahore and protested for their demands. On the morning of May 14, delegations from various cities in Punjab started arriving, and this continued till late at night. The temperature was around 45 degrees Celsius and there were no arrangements for water or tents by the leadership. But despite that, the morale of the teachers was high and they raised slogans against the Punjab government. 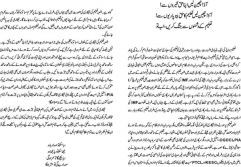 IMT leaflet - click to enlarge - Image: IMT PakistanThe comrades of the IMT in Lahore were in solidarity with this movement from the very beginning, and also took part in the sit-in. Despite huge protest of more than three thousand teachers, no union leaders from other departments came to express solidarity. In this situation, the comrades of IMT invited workers from the Electricity department (WAPDA), young doctors and others to express solidarity with the teachers. This was received with enthusiasm and all teachers greeted this solidarity with interest. Comrade Maqsood Hamdani from WAPDA and Dr. Ejaz Ayub from Jinnah Hospital spoke at the occasion and explained the evil designs of the ruling class. Comrade Gulzada Safi, information secretary of PTU Gujranwala also made a fiery speech and vowed to continue this struggle till the end of privatization. A leaflet was also distributed by Red Workers Front which highlighted the main issues and the way forward. 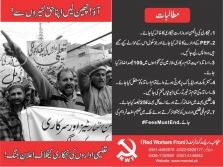 IMT leaflet - click to enlarge - Image: IMT PakistanThis sit-in continued for 29 hours, when the negotiations between the government and the leaders of Punjab Teachers Union came to an end. The leaders told the protestors that an agreement had been mutually signed and that the protest should end. This agreement said that only those schools which have less than twenty students will be privatized. No teacher will be sacked from their job. Various committees were also formed to discuss this issue. 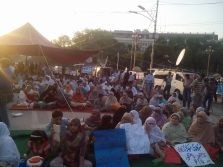 Photo: Lal SalaamThis is the traditional tactic of governments: to temporarily evade the difficult situation and return to attacks when the protesters have gone back to home. In the past, many such agreements were made with workers of other departments, but never fulfilled. More than sixty thousand workers of the telecommunications department (PTCL) have been laid off after privatization. But when there was a strike of workers against privatization in 2005, the government had promised that no workers would be laid off. Similar maneuvers have been made in case of PIA, WAPDA and others. It is clear that the leadership of PTU has played into the hands of government and has tried to temporarily evade the pressure building within the rank and file. But this will become clear to all very soon, and the real character of the leadership will come into light. 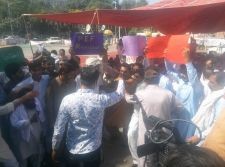 Photo: Lal SalaamAt the moment, movements against privatization are continuing amongst the electricity workers (WAPDA), Pakistan International Airlines, Steel Mills, Sui Gas, State Life Insurance, the water and sewerage department, postal workers, health workers, and many others. The key task at the moment is to unite all these movements on one platform and fight to end the overall policy of privatization, carried out  under the dictates of IMF and World Bank. No political party is supporting these movements and all of them are in power in one way or the other; they follow this policy of privatization whenever they get chance to rule. Along with that, union leaders have betrayed the movements time and again and are capitulating to the government through bribes or coercion. But the anger and fury of workers will continue to rise and will erupt in much bigger movements against these brutal attacks.