Pakistan
Share
Tweet
Another example of the growing militancy of Pakistani workers is the strike at PTCL where the "daily wage" workers have been on strike for two weeks, demanding they be taken on as permanent workers. 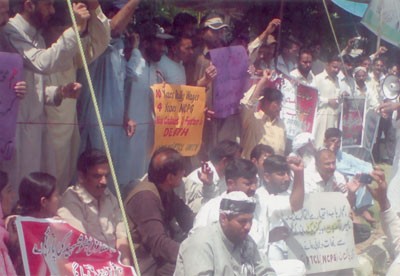 8,740 workers on daily wages in PTCL were made permanent under the NCPG (New Compensation Pay Grade) scheme after a heroic struggle a few years back. It was temporarily achieved under the pressure of the struggle of daily wage workers at PTCL. But this NCPG has not been implemented in any other department or institution.

And under this pay scale the workers get 40 to 50 percent less pay as compared to regular workers. Now these workers have again started their struggle in a strike for the following demands:

Today (Friday, May 16) was the 12th day of strike of these workers. Nearly 1500 employees are staying day and night outside the PTCL office in Rawalpindi in a makeshift camp and they have said that until there demands are met they will not end their strike. 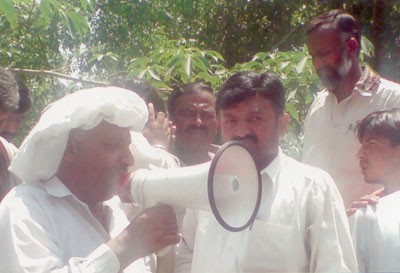 Till now the administration has not paid any heed to the demands of these workers but the important thing is that the confidence of the workers is growing with the passage of time. Efforts were made at the start of the strike to terrify the workers but they rejected any compromise and said that they will not return to work unless their demands are met.

The PTUDC comrades had contacts from the very start and a special meeting was called in which representatives from other trade unions were invited to discuss the situation. After the meeting leaders from the Pakistan Workers' Federation, the Attock Oil Refinery Employees' Union, the All Pakistan Oil Tankers' Association, the Postal Youth Forum, the Pakistan Post Office Employees' Union, the NSF and BNT all visited the camp and showed expressed with the workers.

Ali Mardan from the Attock Oil Refinery, Aman Ullah and Tariq Ch, from the CDA Employees' Federation, Muazzam Ali Gujjar and Zaka Ullah from the Pakistan Post Office Employees' Union, Aslam Niazi from the All Pakistan Oil Tankers' Association, Irshad Ahmed from WAPDA, Sahid Akbar from the NSF, Huma Zain and Qamar Abbas from the BNT addressed the workers.

The workers thanked the leaders and PTUDC for showing solidarity and expressed their determination to continue the strike.