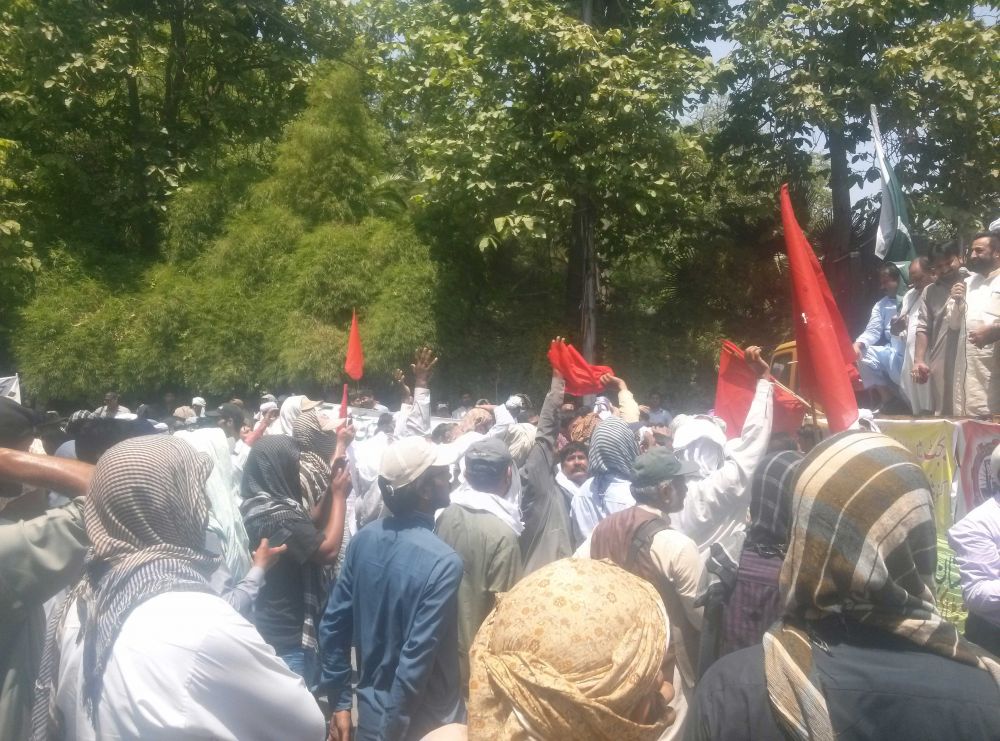 More and more sections of the working class are coming out to protest for their demands as the economic crisis deepens in Pakistan. Last week saw huge protests of school teachers in Lahore against the privatization of schools. This week more protestors gathered in Lahore from various sections of society despite scorching heat and high temperatures of around forty-eight degrees celsius.

On May 18th workers of Wapda Hydro Electric workers union held a protest in front of press club. They were demanding an increase in wages in the next budget which will be announced on June 3rd. Workers from the adjacent cities of Lahore like Kasur, Sheikhupura, Okara and Nankana Sahib also came in the simmering May heat. Representatives of the Railway Workers union, Irrigation Labour Federation and other unions also came to express their solidarity with these demands. 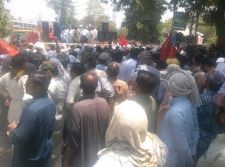 Photo: IMT PakistanThe union leaders demanded in their speeches that the government give a fifty percent raise in wages and pensions to all public sector employees, including workers of WAPDA, PIA and the railways. The minimum wage for private sector workers should be raised from Rs.13000 ($130) per month to Rs.15000 ($150) per month and that EOBI pension should also be raised to Rs.15000 per month. All ad hoc allowances should be merged in basic pay. The WAPDA hydro union is the largest union in the country and if properly managed a big protest could have been organized. But the leadership announced the protest just one day previous. Despite that more than five hundred workers came out. 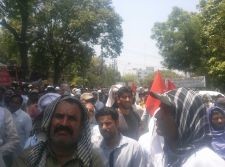 Already the country is facing acute crisis of power outages and the masses are suffering power outages of eight to sixteen hours daily in such high temperatures. These power outages are a direct result of the privatization of power generation two decades ago. Due to this more than hundred thousand industrial units have been closed and millions of workers have become unemployed. Privatization of the remaining infrastructure will create more crises for the working class along with the laying off of around hundred thousand workers of WAPDA. The only way forward for the workers is to fight against these attacks untill the end of the policy of privatization. 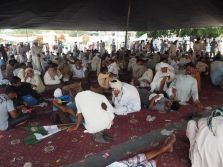 Photo: IMT PakistanOn May 18th a large number of farmers from the whole Punjab province came to Lahore for a sit-in in front of Punjab Assembly., organized by Kissan Ittehad (Farmer Unity). Participants of the protest came in tractors and blocked the main road of the city. They said that they had been protesting for many months but no government official will hear their demands. They are demanding reduction in the price of electricity and an end to over-billing, end of sales tax on agricultural machinery and fertilizers, reduction in the price of diesel and the removal of taxes on farmers. 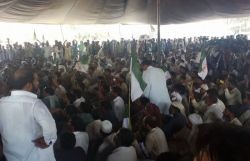 Photo: IMT PakistanMost of these farmers have small land holdings and are feeling the burn of reduced prices of agricultural goods. They argue that commodity prices have fallen world-wide, but the impact of these prices on raw materials like Diesel, electricity, fertilizers and others is not being transferred to them while their products are bought by middle men and hoarders at low prices. These hoarders, after buying from farmers, sell it to consumers again at high prices by creating artificial shortage. They demanded that the government should buy directly from the farmer and exclude these middle men and hoarders from the market. Moreover, they complained against the corrupt officials and politicians who get kickbacks and commissions on export of these items in cases of abundance or import if there is shortage. Most of the time the government figures of total production are manipulated to show artificial shortage or abundance.

Photo: IMT PakistanThe depth of social and economic crisis is such that so called middle class layers of society are being pushed on the roads to protest for their demands. Farmers, doctors, teachers and others are feeling the heat of decadence of this system and are coming out to get some relief. 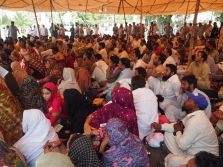 Photo: IMT PakistanOn May 18th workers of Punjab Rural Support Program (PRSP) came to protest the laying-off of seven thousand workers by the government. These employees were working in small basic health units in rural areas for the last twelve or more years.

Despite high temperatures female workers also came in big numbers to protest for their demands. This program was started in 1997 by the government to improve the conditions of health in rural areas. All these workers were employed on a contract basis. Now this program is being closed and all workers are being laid off. The workers demanded that this program should continue in the public interest and all of them should be hired on the permanent basis by the government. 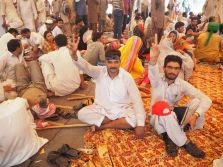 On May 19th the elections of Punjab Professors & Lecturers Association (PPLA) were held in which more than fifteen thousand voted to elect their leadership. For the first time in the last twelve years right-wing Islamic fundamentalists were defeated and the group led by leftists gained a clear victory with a lead of 1,600 votes. The new leadership has vowed to fight against the privatization of colleges and will defend the right of higher education for the students from working class families.

Comrades of the IMT were present in these protests and union election. They raised revolutionary slogans and held discussions with the protestors to explain the root of this crisis. Workers also expressed interest in Worker Nama and bought many copies to read.

Along with that many protests and road blockades against long power outages continued in the whole country. Due to power outages water pumps stop working and many areas of large cities face water shortage in this heat. At some places residents come out and block main roads to protest for these outages.

No main stream political party are supporting these demands of the masses but are squabbling over the power to loot and plunder. All of them are part of the federal or provincial governments and use the police and other parts of State machinery to crush these protestors or diffuse these through false promises and agreements. But as the crisis of system is not ebbing away any time soon so are these movements which are growing as the time passes. 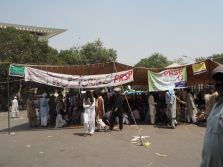 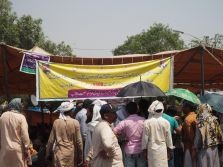 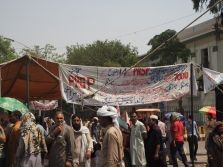 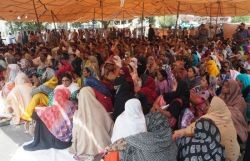 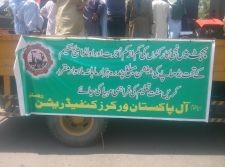