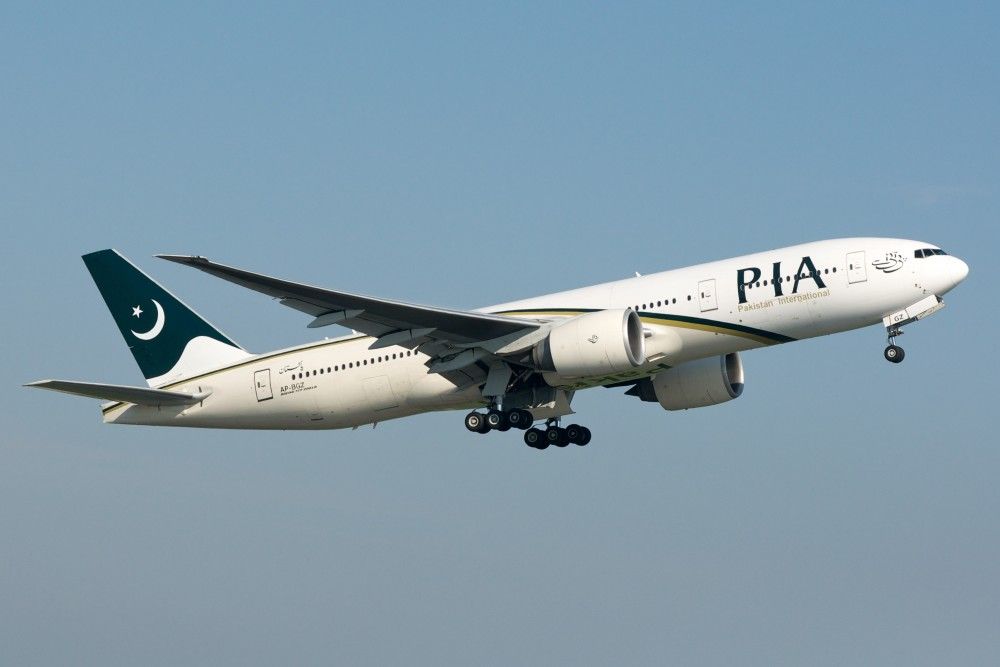 The ongoing process of privatising Pakistan International Airlines (PIA) and the resistance of pilots and workers has suddenly taken a sharp turn with the eruption of protests and a countrywide strike. The strike and protests are continuing despite government attacks and the vacillations of the Joint Action Committee (JAC) leadership, formed of representatives from the various linked PIA unions, from the Islamist Jamaat-e-Islami (JI) to the ruling PML-N on the one hand and the PPP on the other.

The JAC leaders rejected an offer of talks from the government and proclaimed that the strike would continue. They reiterated that there would be no “compromise” until the government took back its decision to privatise PIA. In Karachi, workers protested in large numbers and the leader of the JAC, Captain Sohail Balouch, said, “We do not accept any offer for talks from the PIA management, which is being conveyed time and again. Our demand is very clear and straight. We do not want privatisation at any cost, that is it.”

In Lahore, the main Egerton Road office observed a total strike including a demonstration. In Rawalpindi, the main booking office remained partially closed and regular work at the airport’s facilities remained disturbed because of the strike. The protest forced the management to change the venue for interviews for jobs in PIA’s security and vigilance department from the airport to the Convention Centre in Islamabad. The strike resulted in the closure of PIA offices in Quetta, Multan and other cities. In addition, there were protest rallies against the proposed privatisation plans. Striking workers’ representatives warned that all of PIA’s operations would be brought to a standstill from February 2 onwards if the government failed to withdraw its decision of privatising the national flag carrier.A PIA spokesman acknowledged the strike had affected offices across the country. In reply to a question about the standstill warning, he said the management had made an offer of talks to the JAC to resolve the issue but it had been rejected.

However, all regimes in the last four decades have tried to privatise or exploit the national carrier for their own particular political and economic interests, and are responsible for the sorry state of this institution. PIA suffers from incompetence, inefficiency, wasteful expenditure, pilferages, declining service standards, nepotism and gross mismanagement resulting in accumulation of losses in excess of Rs 300 billion and incurs yearly losses of almost Rs 30 billion, which the government has to pay to keep it alive. As always, fingers are pointed at workers as opposed to the management and political interference. There have been huge kickbacks for top management officials and the government ministers and bosses in the buying of planes, awarding routes and other agreements with airline related businesses.

If we look cursorily across the globe, privatisation of publicly owned enterprises are full of unmitigated failures and invariably all these have been pushed by US imperialism and their financial institutions like the IMF and World Bank, resulting in filthy oligarchs and mafiosi capitalists being enriched in the process. This was very evident in Russia in the early 1990s as well as in Latin America and Asia. The experience with the Karachi Electric Supply Company (KESC) and the banking sector in Pakistan has been very similar. All governments in Pakistan end up abusing the system and awarding their cronies and favourites through a secretive and ‘rigged’ process, including taking on large-scale liabilities in the public budget before the sale.

However, privatisation in a climate of economic downturn and constriction of investments by corporate bosses is not an easy process. The rulers are also terrified of any unrest that can spread to the wider layers of the working class if the struggle of the PIA workers enters a more militant phase and is able to defeat the regime. Hence, their low confidence and hesitation is glaringly evident from the contradictory statements from the bosses of the finance and privatisation ministries.

When the PML-N government came to power in May 2013, it had to go to the IMF with a begging bowl. The IMF’s $ 6.7 billion loan programme came with very hard and stringent conditions, which included selling 26 percent shares of PIA. When the government of Pakistan promulgated Presidential Ordinance no XVII in the late evening of December 4, 2015, there was outrage in parliament. “The Pakistan International Airlines Corporation (Conversion) Ordinance, 2015” was meant for the “setting up of the Pakistan International Airlines Corporation into a public limited company.” The Nawaz government was very quickly pushed on to the back foot and was forced to introduce a bill after a resolution was hastily passed in parliament where even the most chronic absentees were whipped in to raise their hands. But this led to a provocation that became the precursor of the present strike.

If the privatisation process has been protracted, the struggle against PIA’s privatisation has also gone through many ebbs and flows. The present union in PIA, the Air League, has the ruling party’s patronage. The previous unions were mainly affiliated with the PPP. The present regime is the classical representative of the Pakistani bourgeoisie and it is carrying out its aggressive anti-workers policies in a period of relative lull. But the problem is that PIA needs a massive injection of capital to revive its circulation system and there are very few capitalists who will be willing to gamble their wealth on such a project.

Internationally, we have witnessed one government after another privatising their national carriers. They have always begun the process by privatisation of the non-core segments of the airline’s business. The Nawaz regime’s experts will attempt to break the corporation into various departments and then sell them like a butcher does various portions of mutton.The workforce has already been chopped from 19,000 to 14,000. After its privatisation the workers will be the first victims, starting with redundancies and very quickly moving on to attacks on their wages, health and providence benefits.

The obstacles and weaknesses faced by these PIA workers in the struggle range from the lack of one united union to the isolation of the struggle from the workers of the private and unorganised industrial sectors and, more importantly, from the workers in state enterprises like the Water and Power Development Authority (WAPDA) and railways who are themselves threatened with similar privatisations and redundancies. Hence, it is vital that unity with the workers of other industries and institutions be built rapidly. At the same time, the working class as a whole is faced with a difficult objective situation and a relative inertia. This needs a much wider and bolder approach by the genuine leaders of PIA’s workers. Enterprises under public control not only should be defended but workers must demand that these should be placed under the democratic control of the workers. This needs to be linked with the transformation of the socio-economic system from capitalism to socialism.

This article was originally published in the Daily Times in Pakistan.