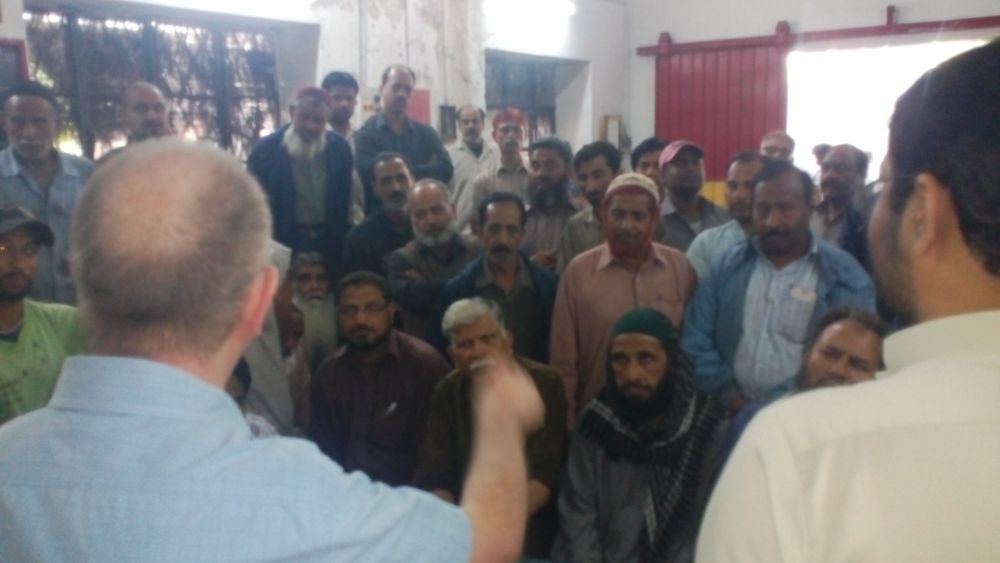 This morning I travelled back 150 years in time. The scene was almost Dickensian. I visited the railway engineering workshops in Lahore, Pakistan.

After passing through the giant wrought iron gates, which seemed to have been constructed in Victorian times by the British, I entered the vast railway yards. The ground everywhere was sodden by engine oil that had been baked by the blazing sun.

Passing by the massive rail sheds, where ageing engines were being repaired and rebuilt, I was escorted across the rails to a small cabin - the headquarters of the railway workers' union.

There I met the local union leaders, who welcomed my visit. Brother Sarfaraz Khan, the general secretary of the rail labour union, and brothers Salamat Khan and Anayat Gujjar, the chairman.

Despite the national holiday, they insisted I address a hastily convened meeting of railway workers. Led into another shed, workers started to leave their work and gather around. They wore no overalls, but simple clothes mostly covered in oil and grease.

There were about 40 present, eager to hear what I had to say. Young and old huddled together in the "meeting hall". I told them I was delighted to be with them and to share the experiences of workers, including railway workers in Britain.

"Workers are the same everywhere," I said. "We face the same conditions, poor pay and same exploitation, whether it is in Pakistan, Britain or elsewhere." This provoked a huge applause from the workers as they nodded in general agreement. "The workers produce the wealth, but the bosses take the profits," which again was met with applause.

I went on to explain how the railways in Britain were nationalised in 1947 because the old owners had reduced them to ruin. They they were modernised by the state, but they were not run by the workers but by bureaucrats at the top. "Shame!" they shouted. Then, under the Conservative government, they were sold off and privatised to profit-hungry shareholders. "Shame!" shouted the workers again. "Privatisation has been a disaster. Pressure on the workers, higher prices for travel and big profits for the new bosses," I said, as everyone jeered.

I told them that their struggle was our struggle and our struggle was theirs. On my return to Britain I would seek to build links with the rail workers of Pakistan with the workers of Britain. Before we finished the union secretary told me of their recent struggle over wages (and back wages), the need for national bargaining that had been denied to them for decades and other issues.

Everyone was delighted with the meeting, which ended with much shouting and applause.

I was then shown around the workshops and the terrible conditions the workers had to endure. There was no investment by the government, who treated the workers like animals not human beings. The primitive equipment constantly put the workers’ health and lives in danger. The shop compressor had not worked for days and there was no water. The temperature in Sumer would reach 45 degrees, but all they were offered was cups of water kept in old containers, secured by chains, as in the time of Dickens. The workers were extremely friendly, shaking my hand and offering their outstretched arms when their hands were covered in oil.

In small meetings over tea, the workers asked many questions about Britain, the crisis in the Middle East, the role of US imperialism, the refugee crisis in Europe, and even the campaign of Bernie Sanders in the United States. This showed a great thirst for ideas and they were enthused by the explanations I was able to give, linked to the crisis of capitalism and the need for revolution throughout the world.

As I left, they were very apologetic at not being able to organise a mass meeting. They were keen for me to return with rail workers from Britain to a rail workers convention of 5,000 workers in the autumn. It would be a great honour to return. We hugged and waved as our car once again passed through the giant Victorian gates. 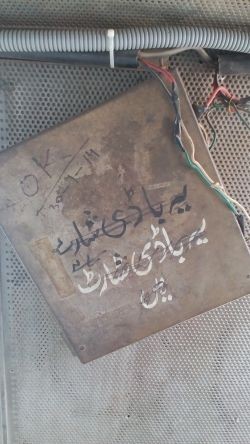 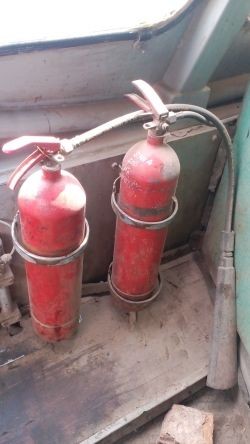 A typical workshop in the depot 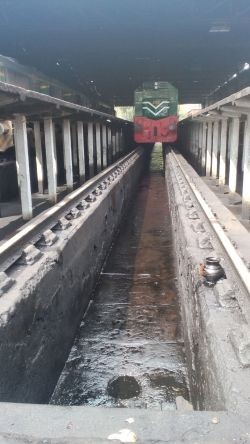 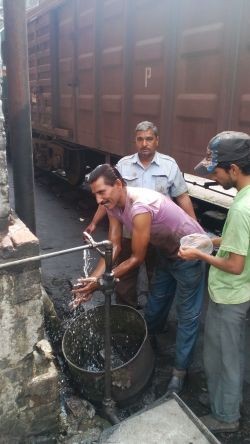