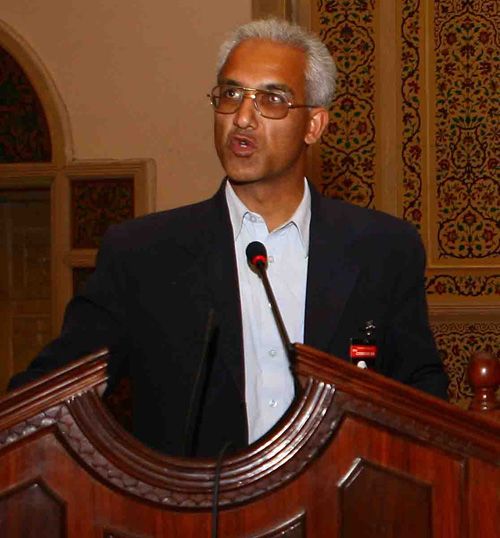 In a Taliban dominated area of Pakistan a Marxist lawyer has defeated the candidate of the Islamic fundamentalists. In spite of a Fatwa being issued against him, comrade Ahad stood firmly on the ideas of revolutionary socialism and won the position of President of the Malakand District Bar Association.

In the elections held on January 20, 2010, for the presidentship of the Malakand District Bar Association, a Marxist lawyer, comrade Ghufran Ahad defeated the candidate of the Jamaat a Islami who was also supported by other Islamic fundamentalists and reactionary forces. This was a severely contested election and the result is a big blow to the forces of religious obscurantism.

This was the first election in any institution after the military operation carried out in this region in 2009. Comrade Ghufran has been in the forefront of the struggle of the oppressed against both the Taliban and the state. A Fatwa was issued on the radio against him by the leader of the Taliban in this region. His life has in fact been in danger for several years as a result of his principled activities.

During the military operation launched at the behest of US imperialism, comrade Ghufran refused to capitulate to the forces of the Pakistani state and opposed the killing of hundreds of innocent people and other huge so-called “collateral damage” in the region – in reality the massacre of innocent civilians.

The comrades of the PTUDC formed the Revolutionary Defense and Rescue Committees in the towns and villages of the Malakand region. Camps were set up for the displaced people where they were not only provided with food and shelter, but their pains from the devastation were also soothed by organizing cricket tournaments and schooling and political education especially for the youth in these camps.

The administration was so terrified by these activities that they ransacked some of these camps set up by the PTUDC and the RDARC. This campaign during that bloody war of attrition was led by comrade Ghufran, and the comrades received a huge response from the oppressed workers, peasants and youth of the region.

Now the victory of comrade Ghufran is a testimony of that support. It also dispels the impression given by the media that this region and the Pushtoon people are supporters of Islamic fundamentalists. The region has in fact rich traditions of class struggle. In the 1968-69 revolution the poor peasants rose against the landlords and seized the lands they tilled and the landlords supported by the mullahs and the state were forced to flee the region. The Marxists in the region are trying to help revive those great traditions of class struggle.

Comrade Ghufran contested this election from the platform of the People’s Lawyers’ Forum (the PPP’s Lawyers’ wing) on a socialist programme. He has vowed to continue the struggle until Socialist Revolution is achieved. He has clearly refused to capitulate to either opportunism or sectarianism. The rising support for socialist policies and this recent victory will have a revolutionary impact on the politics of the region and far beyond.