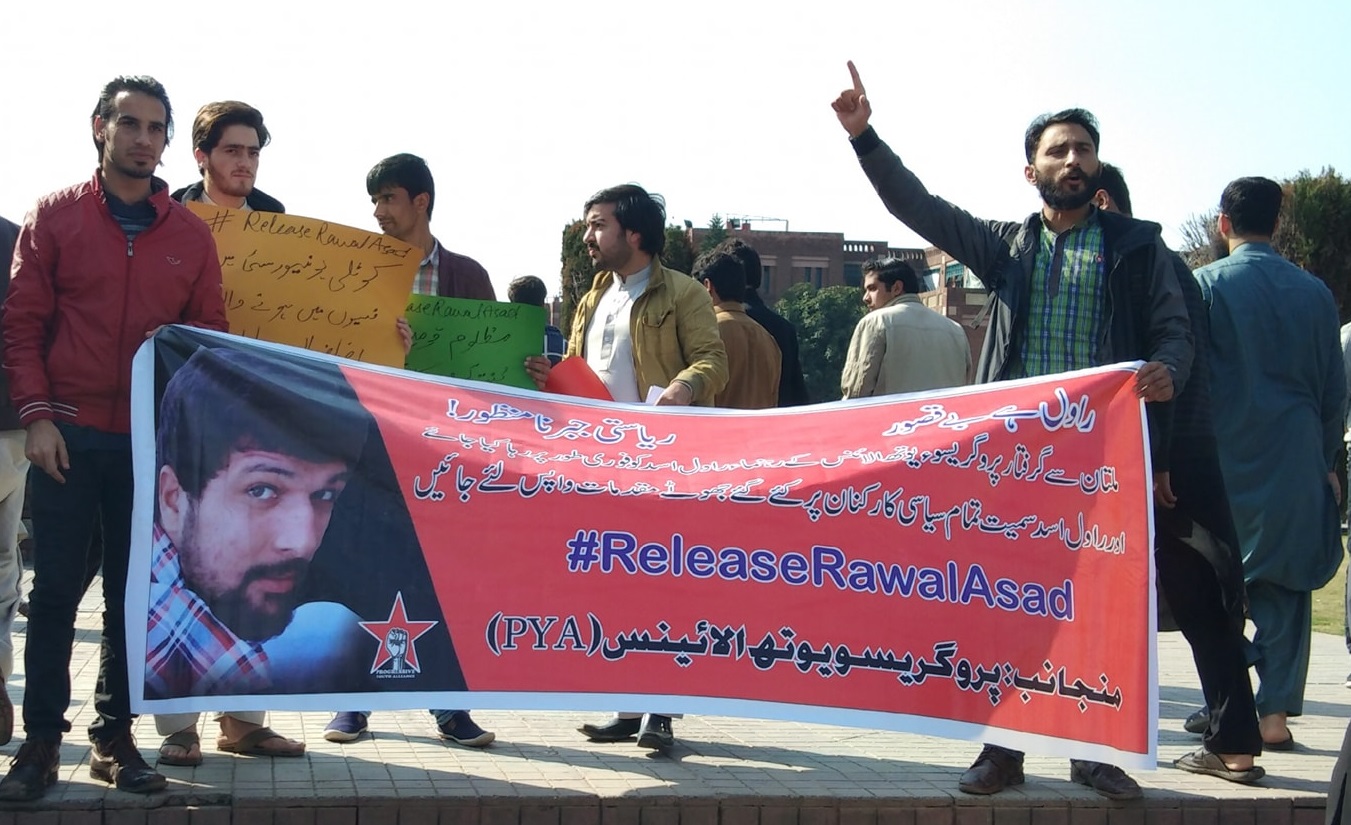 Rawal Asad, a Marxist student from Multan, was presented in court today after two days in police custody. The police reported to the court that they had completed their investigation and that they no longer required his physical custody. The lawyers of Rawal Asad moved a bail application, which will be heard tomorrow in the same court. Until then, he is being kept in jail.

The Progressive Youth Alliance has already started a campaign for the release of Rawal Asad. On Thursday 14 February, protests were held across the country demanding his immediate release. Protests were held in Lahore, Karachi, Peshawar, Multan, Bahawalpur, D.G.Khan, Rawlakot, Bagh and other cities. On 15 February, a protest was held at the International Islamic University, Islamabad. Protesters said that the case on Rawal Asad clearly shows that freedom of expression and freedom of assembly are denied in this country and students and common citizens cannot freely express their opinions here. Anybody expressing their views is declared a traitor and charged with sedition. They said that this case was registered after four days of the protest and police themselves are the complainant. All other evidence and circumstances show that this is a clear case of victimisation of a student leader for simply organising students and workers to fight for their rights.

The protesters also said that they will continue their demonstrations and will them to wider sections of the working class if Rawal Asad is not released. They said that the present, draconian regime is curbing all the basic democratic rights of the people on one side, while attacking their living conditions through immense price hikes, unemployment, privatisation and wage cuts on the other. They said that they will continue our struggle for the rights of students and the working class and are ready to face all the repression of the state and its institutions in so doing.

The state authorities have also threatened to close down the office of the PYA in Multan, which is another attack on the basic democratic rights of the people of Pakistan.

The PYA leadership is determined to carry out this fight until the end, and to win the right of free education and the restoration of student unions at all costs. All efforts to curb their activities will be met with fierce resistance. They will also continue to extend solidarity to the movements of all oppressed layers of society, including those of the oppressed nationalities.