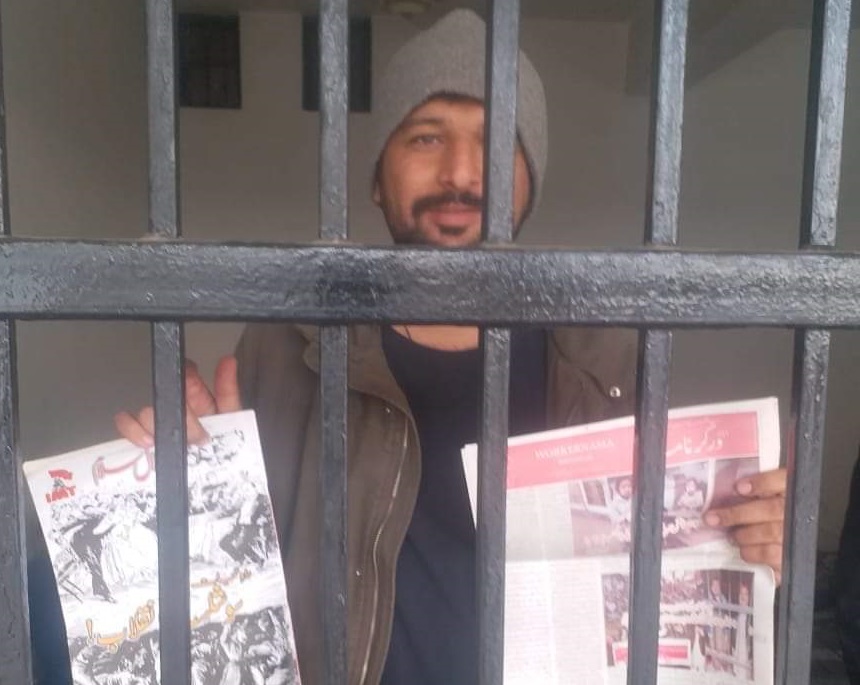 Rawal Asad is an undergraduate student and political activist of Government Emerson College in Multan. On 5 February, he joined a protest called by the Pashtun Tahafuz Movement (PTM) in Multan. They were protesting the killing of their leader, Arman Luni, who was a college professor and was killed in Balochistan a few days previously by a senior police officer, personally, by torture. The case of this murder has still not been registered. But the Multan Police registered a case against all the protestors, including Rawal Asad, charging them with sedition, among other things.

From a very young age, Rawal has been involved in protests against fee hikes, for the restoration of student unions and on many other student-related issues. He is also active in the labour movement and is always at the forefront of labour struggles and workers’ protests for their rights. He has actively participated recently in protests against privatisation of public hospitals and other institutions, and has always taken part in struggles by workers for unpaid wages and other issues. This latest, peaceful protest was declared as an anti-state activity and raids were launched to arrest all those involved. One raid hit the IMT office in Multan, and all the furniture and computers were confiscated. In Pakistan, raising your voice against injustice has become a crime of such a seriousness that culprits are now being tried on sedition charges.

No justice, no peace!

And today, once again, a large number of students, lawyers and journalists were present in the court to contest the accusations of the police. But police officials delayed their entry until 2pm and eventually demanded 14 days of physical custody for Rawal Asad. The lawyers defending Rawal pointed to the baseless accusations and the clumsy case against this young student, who has been charged with sedition just because he was demanding that the killers of a professor should be tried and punished. If demanding justice for murder is sedition, then every citizen of this country should be charged with sedition! 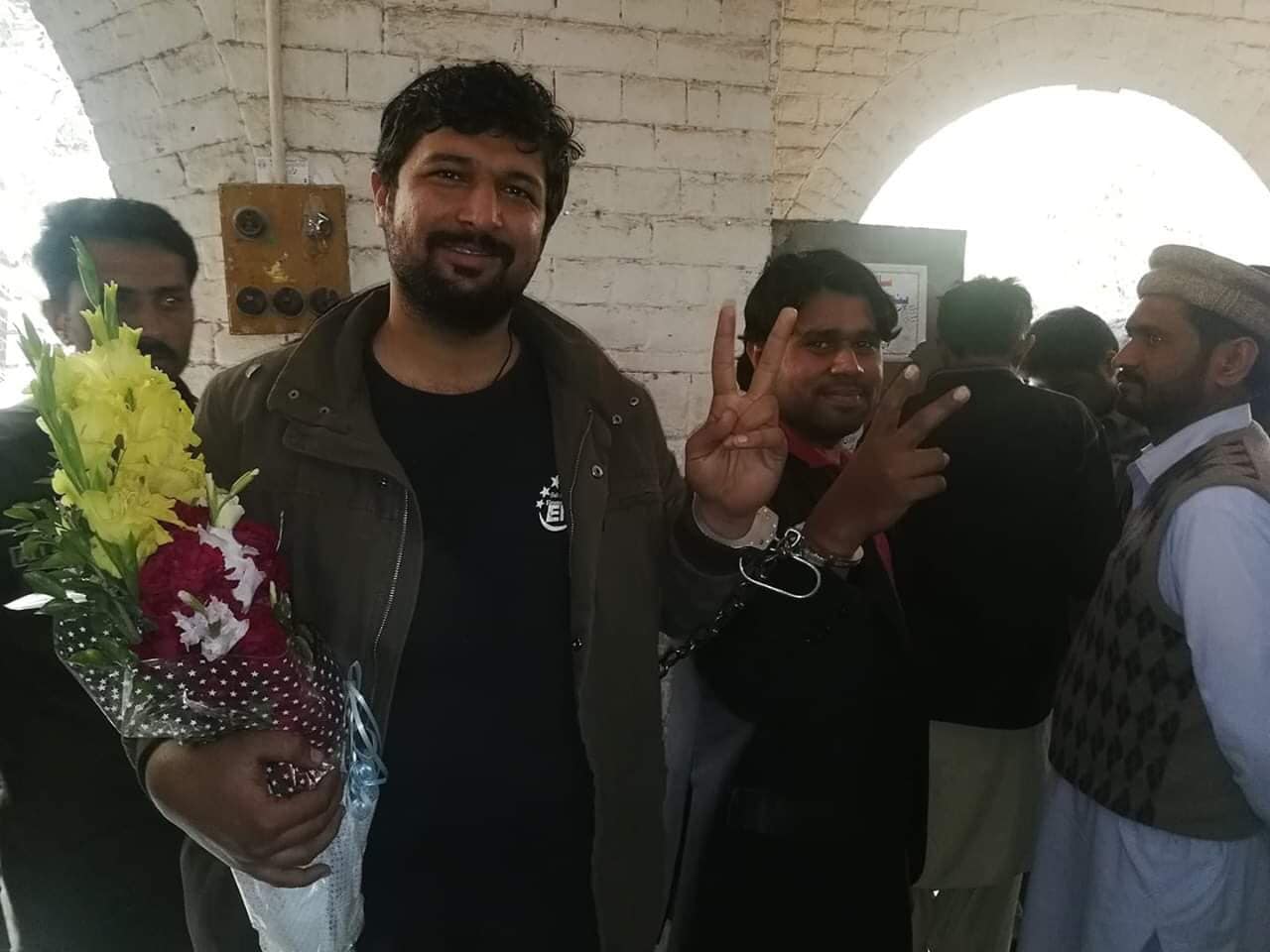 Rawal Asad is being punished for his Marxist views and for giving voice to the working class / Image: PYA

Moreover, the involvement of a police officer in the killing doesn't mean that he cannot face trial. But the judge ordered a two-day physical remand of Rawal Asad and delivered him into the tender mercies of police officials, who want to investigate Rawal for his involvement in that protest and to make further arrests of his colleagues, who were there at the protest. Ironically, all others accused in the case have been granted pre-arrest bails by the same court, which shows the real motives behind this.

Police investigations in Pakistan mean brutal physical torture in which the accused is sometimes beaten to death. The whole judicial and police system of Pakistan is still based on the colonial-era system built by British Imperialism. All the laws and procedures are those laid down by the British to control their colony. The Pakistani ruling class has extensively used this system to rule the oppressed of this country and the police are one of the most corrupt and brutal institutions of all, fully at the service of the vicious ruling class. At every step, bribes are demanded, otherwise, threats of serious consequences are issued.

But the case of Rawal Asad is clearly a move by the serious strategists of the state. A similar case was registered in Lahore for organising the protest on the same date and same issue, but no allegations of sedition were made. Rather, those arrested got bail in a few hours. But Rawal Asad is being punished for his revolutionary Marxist views, and there seems to be a plan behind this madness. He is being punished for reviving student politics on revolutionary lines in Multan after many decades. The students in universities and colleges are more organised and becoming more and more vocal in demanding their rights, thanks to the efforts of the Progressive Youth Alliance, which has been active in various educational institutions around the city for many years.

Rawal Asad is also being punished for giving voice to the working class of the city and the whole south Punjab region. Organising workers’ protests and discussions on struggling for their rights, in the eyes of the state, is the biggest crime for all. At a time when all political parties have betrayed the masses and are rotten to the core, this new generation is giving voice to the voiceless. They are fighting against poverty, misery, disease, unemployment and all the other ills plaguing this society. Recent price hikes, devaluation of the currency and attacks in the form of unemployment and wage cuts on workers have fuelled anger among the masses. The state is terrified that revolutionaries like Rawal Asad can organise this anger and lead the students and workers against these attacks of the state. This is why he is being victimised and may face long prison terms.

While talking to students gathered in court to witness his hearing Rawal swore to continue his struggle despite all odds and said that no repression can force him to abandon his fight for the rights of the working class, and to overthrow this corrupt and rotten capitalist system.

The Progressive Youth Alliance has given a call for protests across the country against this repression by the state and has vowed to continue their struggle for student rights against all kinds of injustices.

The students and political activists will again come to court on 15 February to witness this trial, which is a manifestation of this rotten state and corrupt judicial system trying to carry out repression through legal means.

Down with state repression!