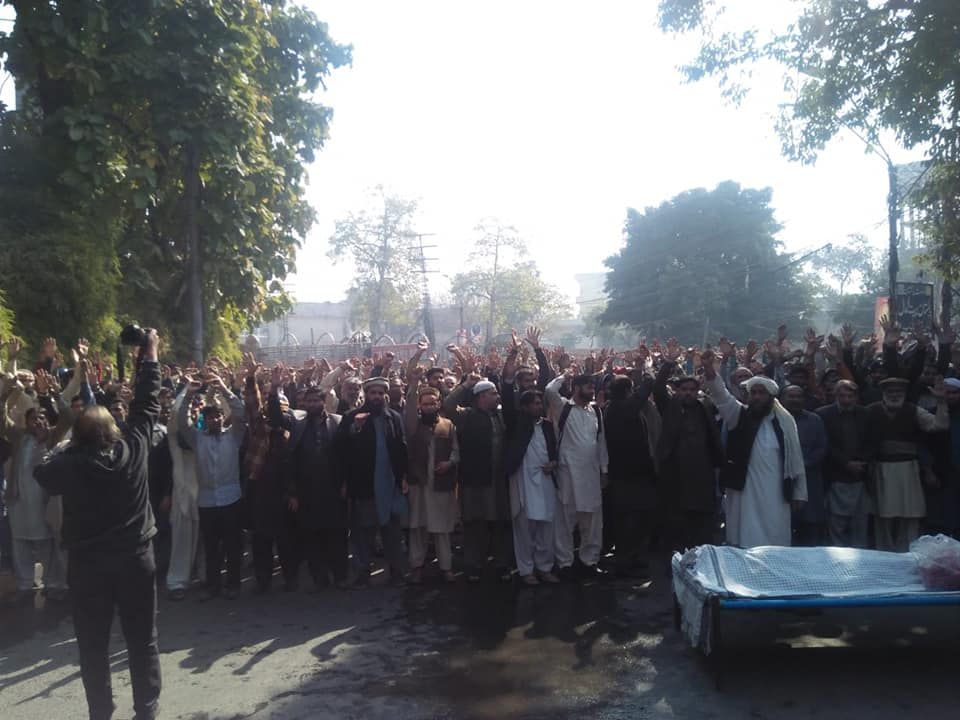 A worker in Lahore was murdered last week by thugs on the payroll of Ravi Autos, following protests against illegal layoffs and low pay. The Red Workers’ Front has issued this statement of solidarity with the workers, and condemnation of this brutal capitalist crime.

On 17 February, hired goons sent by the owner of a factory named “Ravi Autos” near Lahore broke into the living quarters of the workers and opened fire indiscriminately, killing one worker and severely injuring two. Ravi Autos manufactures auto parts for bigger companies and multinationals like Millat Tractors (Massey Ferguson Ltd.), Suzuki Corporation and others. It is a large factory that until recently employed around 1,400 workers. For the past few months, the factory owners have been illegally laying off workers in large numbers under the pretext of an economic slowdown. They were also paying workers below the national minimum wage. When the workers’ union protested against these injustices, they were threatened by the owners with dire consequences. It was in this context that this killing took place.

According to eyewitnesses, the goons were receiving orders directly from the owner and the factory manager who was present at the crime scene. They even refused to allow other workers to take the injured to the hospital. All this was done in broad daylight, in the presence of a police contingent who were clearly in cahoots with the factory owners. After the incident, the enraged workers of the factory, joined by workers of other factories in the area, reacted immediately and blocked Lahore-Sheikhupura road, a major highway. They also set fire to the car of the factory owner and one supply truck.

It was the police who helped the owner and his goons to flee the crime scene safely, while at the same time bringing in reinforcements and threatening the protesting workers with baton charges, torture and arrests. The complicity of the state machinery in this brutal act of capitalist crime can be judged by the fact that, instead of registering a case against the owner and his goons, a criminal case was lodged against the protesting workers, and three of them were arrested immediately. Moreover, at the behest of the district administration, the officials of the local government hospital refused to hand over the body of the worker to his relatives until the next morning.

The funeral prayers of the murdered worker were held the next day in front of the Lahore Press Club. The funeral was attended by hundreds of workers and union leaders from many factories and public sector departments. The funeral quickly turned into a charged protest, in which hundreds chanted slogans against the factory owners, police, district administration, labour department and the government. Protestors demanded immediate arrest and exemplary punishment for the culprits and vowed to continue their struggle until their demands are met.

Red Workers Front extended its complete solidarity with the protesting workers in this critical situation. In a video interview with a representative of the RWF soon after the killing, the union leader of Ravi Autos explained the whole situation and demanded justice for the workers - which is hard to get in Pakistan. The next day, RWF also participated in the protest outside the Lahore Press Club and once again raised the slogan of workers' unity to fight repression by the factory owners and the state authorities.

Brutalities like this are a daily reality for the Pakistani workers. Simply registering a union is regarded as a “crime against property” by the owners, and the workers responsible face brutal repression by the state forces (which are always at the disposal of the bosses), or by privately hired gangsters. Moreover, registering false criminal cases against protesting or militant workers, arbitrary arrests, imprisonments and torture are part of the daily routine. If all this repression fails to deter workers from fighting for their rights, then what follows is precisely what we have witnessed in Ravi Autos.

The killing of this worker is not the first incident of its kind, rather there is a long history of fierce battles between the workers of this area against the factory owners in which many union leaders have been assassinated. One such leader was the heroic Arif Shah, who was assassinated in 1996 at the behest of factory owners of the same area in Sheikhupura. At the time of his assassination, Arif Shah was leading thousands of workers in more than one hundred industrial units. Through his fierce struggle he was able to win a lot of labour rights (that were already supposedly protected by law), better wages and bonuses for the workers. But since his assassination, there have been brutal attacks on these rights, and wages have been pushed to rock bottom, while working hours are constantly increasing.

Today, millions of workers in Lahore are working in conditions of savage barbarism. Wages are around $75-80 per month for a twelve-to-sixteen-hour working day with no weekly holiday. This is far below the official minimum wage (around $100), which is already too low for people to survive on. In this situation of worsening economic crisis, where annual inflation is around 25 percent (and on perishable food items around 78 percent), the living conditions of workers are rapidly deteriorating every day. Even in this situation, not a single political party or leader in the whole country has condemned this brutality, which speaks volumes about their real class interests and their enmity towards the working class. All these parties are slaves of the IMF, World Bank and other imperialist institutions, whose economic policies have led the working class to this situation.

But these days of brutal capitalist repression cannot last forever. Severe hatred and anger are brewing across the country among vast swathes of the working class against exploitation, repression and all the other ills of capitalism. Workers are drawing necessary lessons both from their immediate struggles and daily lives. Soon this anger will produce a volcanic eruption. Red Workers Front vows to stand by the workers in all of their struggles and to carry this fight to the finish through a socialist revolution.