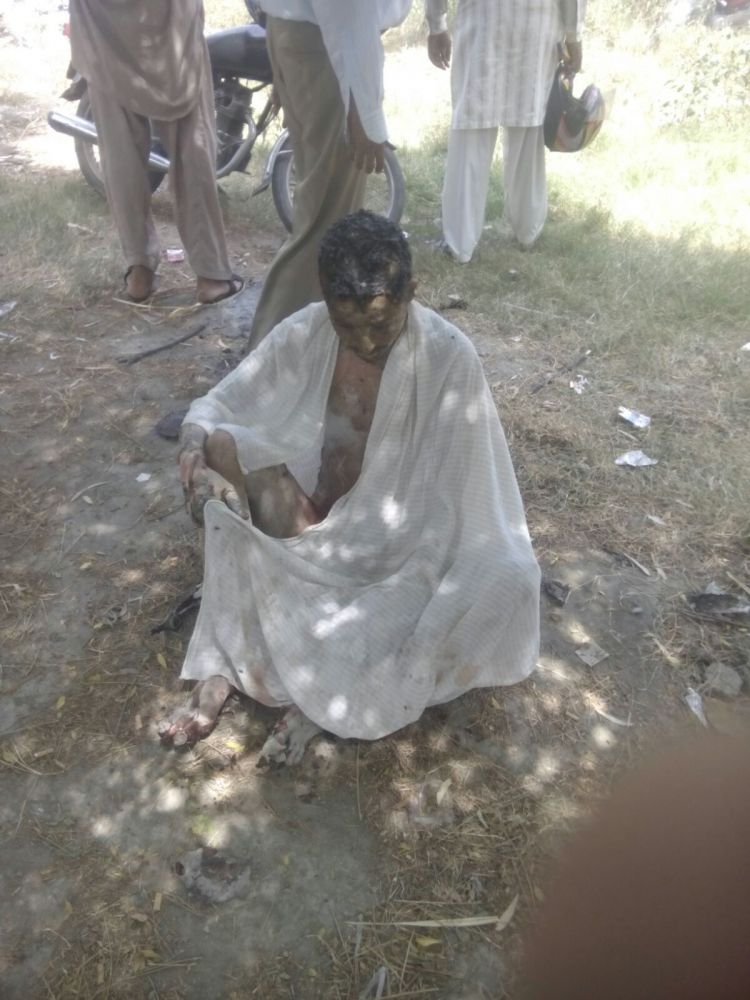 On Saturday 5 September, whilst the Pakistani ruling class celebrated a war and praised its general, the  workers in the Badar 313 factory near Gujranwala were suffering the hellish conditions of capitalism

An outdated compressor containing flammable chemicals exploded causing the roof to collapse on more than 80 workers. So far, 11 have been killed and many are in a critical condition. Many more suffered partial burns. Workers from nearby factories and comrades from PTUDC  were quick to offer help while the  factory owners stayed away  to keep their clean hands clean . The factory’s owner is also the leader and Information secretary of the ruling PML(N) Party in the district. His influence and wealth will protect him from an impotent judicial system; his punishment will be the payment of paltry compensation to his victims. This tragedy, and the reaction of the authorities, will come as no surprise to those familiar with Pakistan where these incidents have become routine.  For example, three years ago more than 300 workers were burnt alive and many more injured in a fire in a garments factory in Baldia, Karachi. No one has been held responsible or punished.

Pakistani capitalists, in pursuit of higher profits, face pressure to  cut costs and one of the first targets for savings is often the safety of the factory.  Workers are therefore forced to work with the constant worry of death or injury whilst they make a living. Moreover, if workers dare to complain, they are often severely beaten by factory owners or their hired goons.

This incident also shows the complete impotency of the Pakistani State, which is unable to implement its own labor laws, thereby exposing the complete absence of any regulations for workers. Despite the fact that many have been working in the factories for years, these workers are not permanent labor, which means they are subject to extreme exploitation at the hands of capitalists. If they don’t like their working conditions, the bosses can threaten them with replacement due to the high unemployment rate.

Baddar 313 is situated at GT road Gakhhar. The factory produces feed for chicken and cooking oils for human consumption. In the absence of a union, workers are subjected to extreme exploitation, with wages often far below the Government’s announced minimum wage. Whilst the Government claims a minimum wage of $130 (PKR 13000) per month for an eight hour day,  workers are being paid $75 (PKR 7500) per month for a twelve hour day. The Government’s ‘minimum’ wage is already too low for a worker to afford a normal diet but if you include other expenses, such as feeding their family or paying health and utility bills, the Government’s minimum is far from being enough to live on. A proper diet, with three meals a day for one adult, costs more than this minimum wage. PTUDC has already started a campaign to, not only  increase the minimum wage to the price of  10 grams of gold, but have also demanded that this  be strictly implemented in all workplaces.

Social security benefits, additional pay for overtime, transport and safety arrangements may be compulsory by law but in this factory, along with others, factory owners implement their own laws. It is worth remembering that one of the owners, Shoaib Altaf Cheema, is also an office bearer of the ruling PML N Party, which means that this factory, like all others, can violate labor laws easily. Chemicals such as Acid, Caustic soda and slaked lime are frequently used  with no safety measures protecting workers thereby causing breathing, eye and skin problems. Much of the infrastructure  is old and in disrepair and is therefore prone to accidents. However,  labour is cheap in Pakistan and so, for the factory owners, it is much cheaper to just replace their workers than to update their infrastructure. In the months before the incident, workers had tried to complain to the owners about the crumbling building but nobody paid attention. It is in this context that these workers face 12-14 hour days without any overtime, the concept of paid leave is non-existent and medical expenses are covered  by workers themselves.

The morning of 5 September started as a normal working day but, as the workers began to work, a compressor of dryer exploded. A natural gas pipe was connected to this  compressor, which caused an explosion so big that the roof of the factory fell and its effects could be felt in nearby factories.  Seven workers died at the scene and dozens more were injured and taken to D.H.Q. Hospital Gujranwala, around 22 kilometres from the factory. However, D.H.Q does not have a  burn unit facility hence, which meant that many injured workers were referred to Lahore, thereby having to travel for an additional two hours. The survivors have been subjected to  chemical hazards, which may result in long term health complications.

After the incident, there were angry scenes as many workers gathered near the factory, which caused the District Administration to rush to the factory in an attempt to calm down the situation. This attempt culminated in the  arrest of the owner of the factory, Major (retd) Altaf Cheema and his son Shoaib Altaf Cheema. The D.C.O (district administrator) Gujranwala Aamir Jaan said “there were no safety measures taken by [the] factory and chemicals are spilled on floor, [which] is creating problems for [the] rescue operation”. Nonetheless, it was under  this very District Administration that the poor state of the factory  and the labour law violations were allowed to continue

Aashir Khokhar told the PTUDC delegation that he  “was at some distance from the incident”, which is what saved him. However, he also called the factory owners “big rascals” because “nine years ago [the] same kind of accident happened but they didn’t pay any attention. I was admitted to hospital at that time and after a long treatment I recovered.” When workers tried to point out the fact that the factory was in disrepair, the factory owner “always ignored”. The workers attitude was aggressive and they chanted slogans against administration.

At D.H.Q hospital, the situation was even worse. PTUDC Comrade, Sibghat Wyne and Muhammad Ibne Sana, visited the hospital and tried to resolve the problems of the injured. However,  hospital management was not interested helping workers but were more concerened with their preparations for the visit of various important people from the city to have photographs with injured. When some MPs entered hospital to have some photo sessions with the injured patients, hospital administration was eager to help them but were unable to even  tell the injured worker’s relatives where those who had been referred to  Lahore were. The hospital was full of bodies and the injured kept coming.

In this situation PTUDC is in contact with Badar factory workers and has launched a struggle against the brutal owners and callous government. To this end,  meetings have been arranged to get justice for the workers. However, thehe factory owners have a direct relationship with Chief Minister Punjab Mian Shahbaz Sharif, the younger brother of Prime Minister Nawaz Sharif, so it will be difficult to achieve  justice for these workers. We appeal to the workers of the world to express solidarity with the victims of this factory fire. If we can get justice for workers in this incident and punish other factory owners for their crimes many more accidents will be  avoided.

After discussions, the following demands were put forward by workers: 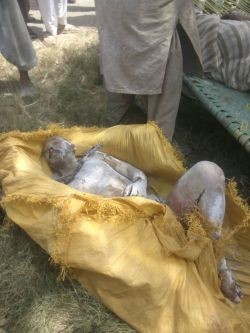 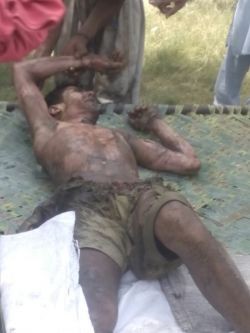 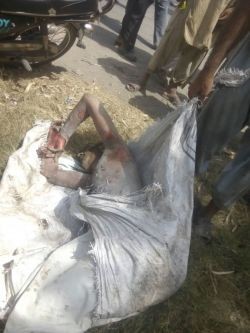 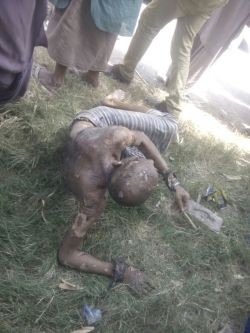 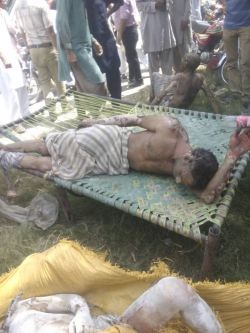 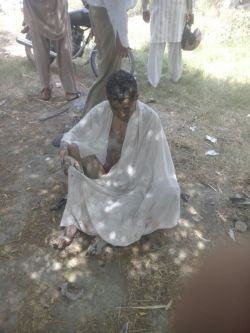 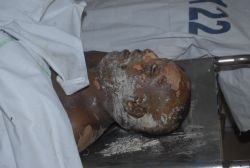 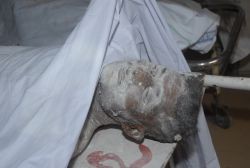 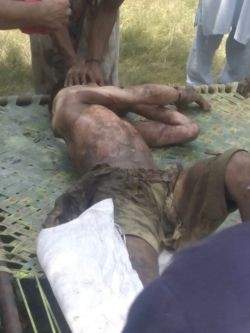 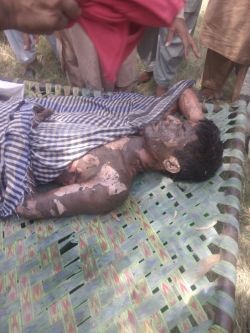