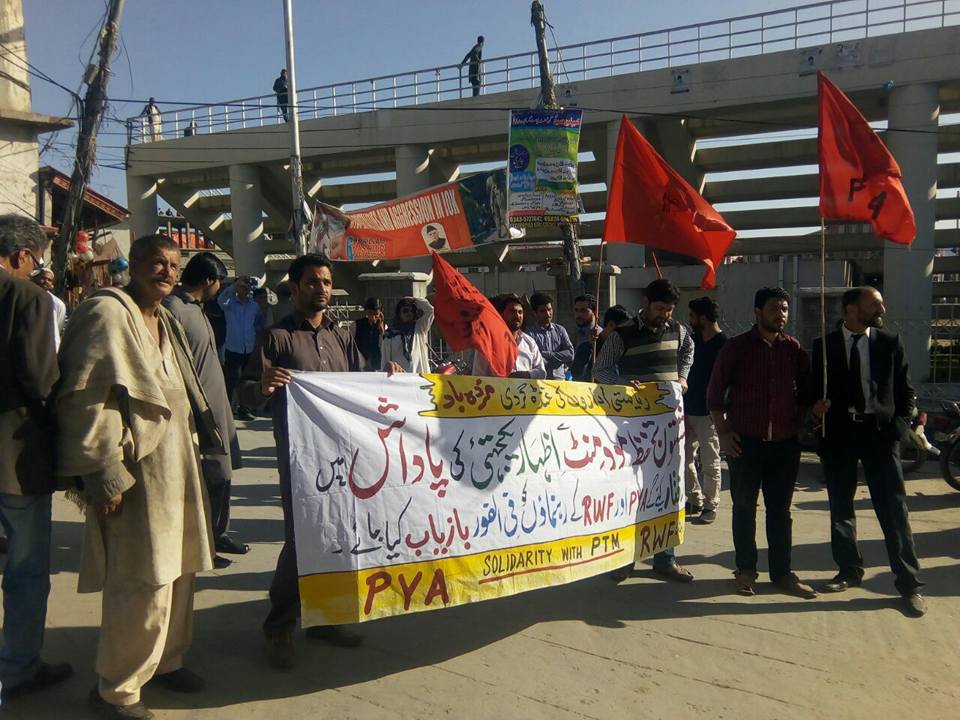 Today, protests were held in Lahore, Peshawar, Quetta, Rawlakot and other cities to demand the release of comrades abducted in Karachi by the army and Sindh Rangers. They were disappeared because they joined a protest in front of the Karachi Press Club that was called by the Pashtun Tahafuz Movement (PTM). Nobody has been informed of their whereabouts so far and no case has been registered against them. Their family members are experiencing extreme shock and worry, but still don’t know the location of their loved ones.

Protesters accused the army and Sindh Rangers of being responsible for these abductions, which once again prove the allegations of the leadership of PTM about state atrocities against innocent people. Protesters also vowed to intensify their campaign in coming days and will spread the message far and wide to involve bigger layers of students and workers. The crackdown on politicised workers demonstrates that the state is not only crushing the democratic rights of the people, but will go to any length to protect its protégés in the army and security forces, who are killing innocent people with impunity. 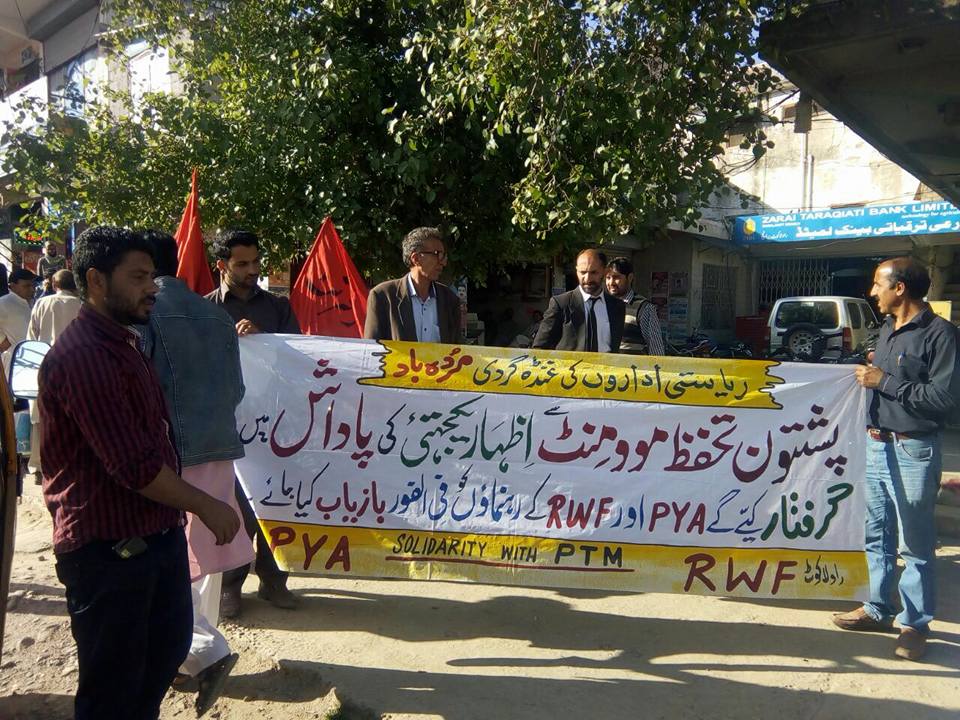 The campaign is also getting a good response on social media, where large numbers of people are sharing photos and videos of the protest that led to our comrades’ disappearance. In one video (below), the abducted comrades are shown raising slogans against poverty, unemployment, terrorism, imperialist slavery, expensive education, and rights for workers and peasants. This seems to be a huge crime in the eyes of Pakistani state, which has denied basic rights to millions of people living in this country. More than 80 percent of the population has no access to clean drinking water. Similarly, basic health services and education is denied to 85 percent of the population. When activists raise demands for these simple things, they are ruthlessly attacked and stand to face severe consequences. This is the fate that befell IMT comrades in broad daylight, in the bustling city of Karachi.

Though the media is generally silent about PTM and these cruel abductions, one newspaper, the Daily Times, published a detailed report about the incident in Karachi. Another noted columnist, Khurram Hussain of Dawn, has also tweeted a video of the demonstration. His tweet is going viral on social media with nearly 7,000 views so far.

Comrades of the IMT are also planning to use legal and official channels to obtain the release of their abducted comrades, although all the institutions of the Pakistani state are accomplices in this brutality. Every political party is also implicated in the status quo, and are worried about nothing but taking their cut of the spoils of corruption. 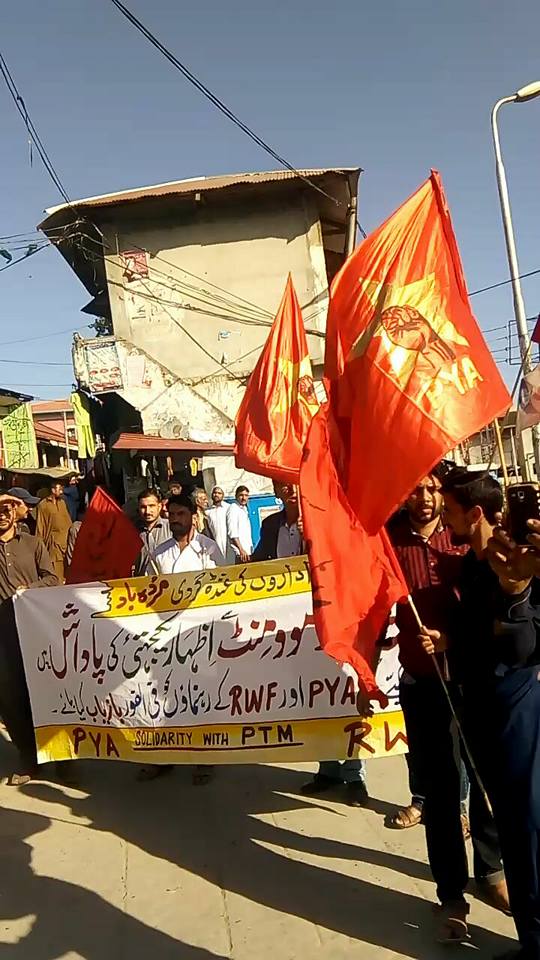 In this situation, our comrades’ only friends are the workers, peasants and other oppressed people of Pakistan, to whom we reach out in solidarity. We have also appealed to workers of other countries around the world and are getting good response. These workers are calling Pakistani embassies in their home countries and demanding the release of these seven IMT comrades. They are also planning to hold protests in front of these embassies in coming days.

Already, Mike Palecek, National President of the Canadian Union of Postal Workers, has written a letter on behalf of the 50,000 members of his union to the Pakistani High Commission in Canada, demanding our comrades be released.

The leadership of the PTM has also issued a tweet demanding release of these comrades and will hopefully issue further statements soon.

Despite the brutality of the Pakistani state, we are determined to carry forward our struggle and get our comrades released. Our final aim is to overthrow the capitalist society through socialist revolution.