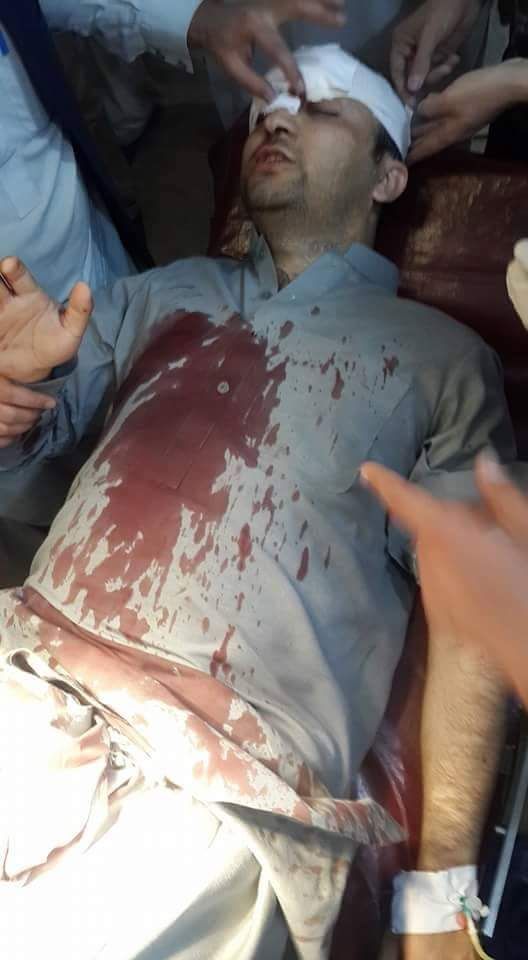 On April 7th police brutally attacked protesting young doctors in Quetta, in which more than fifteen young doctors were severely injured and twenty arrested. Some of the injured doctors are in a serious condition and could lose their eyesight or become permanently paralyzed as a result of this attack.

The Young Doctors were protesting their demands for an increase in wages, new vacancies for young doctors in government hospitals, permanent jobs and better accomodation.

Protesting doctors were moving towards the Balochistan Assembly to carry out a sit-in protest, but were confronted by police along the way and were severely attacked. Police attacked the doctors with tear gas and unleahsed a charge on them, severely injuring many. The Young Doctors of Balochistan called for a strike of OPDs in the whole province following this attack.

In solidarity with the Young Doctors of Balochistan, the Young doctors Association of Punjab called for a pronvice-wide strike of OPDs against this brutality and asked the government to immediately fulfill the demands of Young doctors in Balochistan.

Young doctors in Khyber Puskhtoonkhwa are already in protest, and have been for several months, against victimization by the provincial government. During this time they have called for strikes several times to press for their demands.

Meanwhile, the government in Sindh is also privatizing large numbers of government hospitals, sparking several protests by health workers which has continued for several months now.

The struggle expresses the attitude of the ruling class towards basic health facilities for the masses in Pakistan. It is important to note that different political parties are ruling in these provinces, but their policy towards health and other basic facitlities is the same. The Pakistan Peoples' Party is in power in Sindh, while the right wing PTI is calling the shots in KPK in coalition with Islamic Fundamentalist party Jamat e Islami. In Punjab, the PML(N), the party of prime minister Nawaz Sharif, rules through his younger brother Shabaz Sharif as Chief Minister. In Balochistan the PML(N) is in a coalition government with so-called left-wing nationalist "National Party". All these governments, including central government, are aggresively following the policy of privatization, down-sizing and liberalization, including huge cuts to the health budget.

Young doctors, nurses and supporting health staff all over the country have held agitations, protests and strikes against these policies and continue the struggle. Today the solidarity expressed by the Young Doctors of Punjab with those of Balochistan is a big step forward in this struggle. Comrades of the IMT in Pakistan are intervening in this movement in Quetta, as well as in Lahore, and are trying to link the struggle with movements of workers in other sectors.

It is important that workers struggling against privatization in other sectors like the raliways, electricy, PIA, Steel Mills, Sui Gas, etc, should come forward on a joint platform and build a country-wide movement to challenge these draconian polices and the brutal represseive state machinery to win their rights.

Workers of the world Unite!